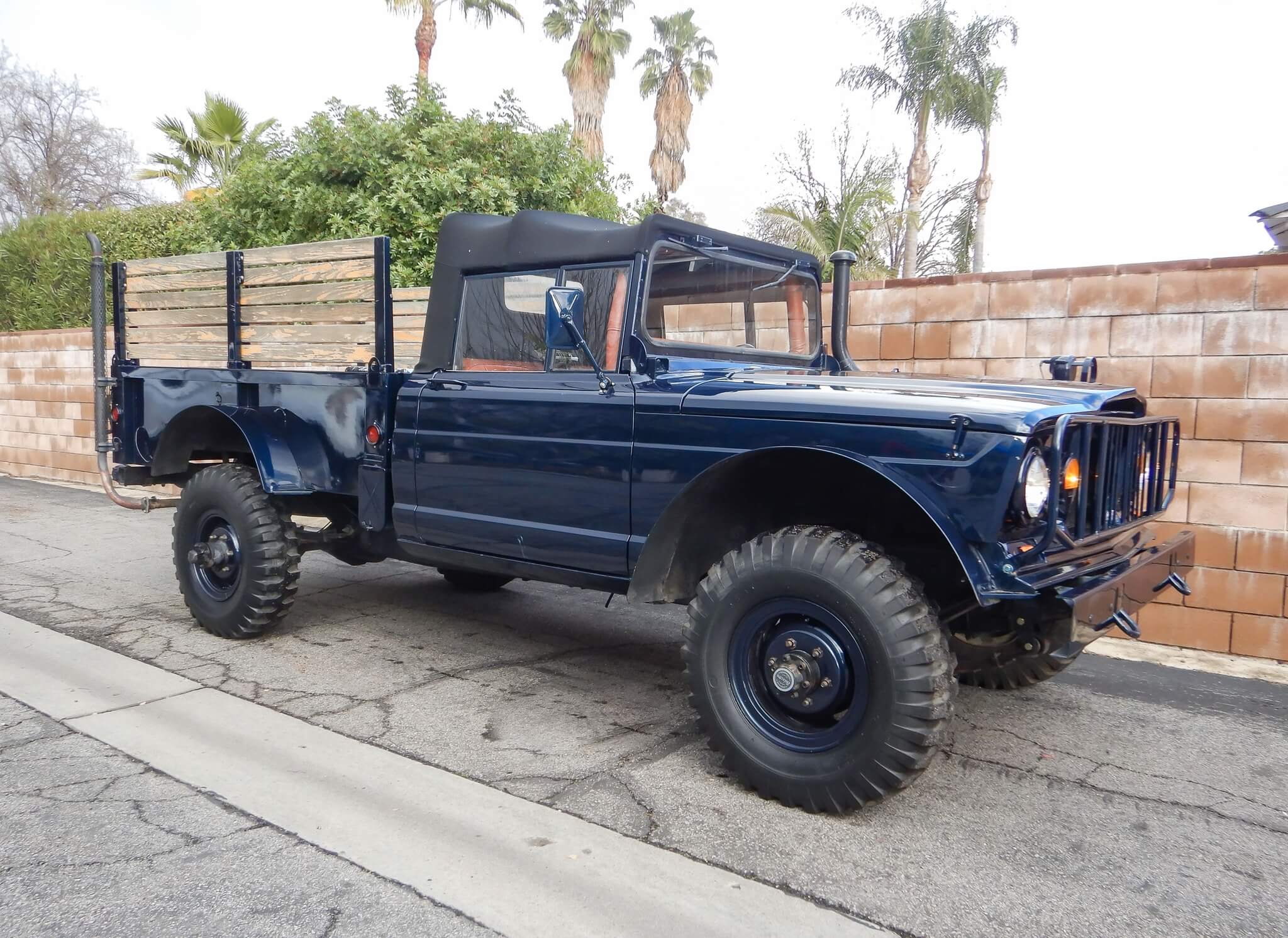 Available for auction is this 1968 Kaiser Jeep M715 finished in blue over a tan leather interior. Between 1967 and 1969, approximately 30k M715s were built on the Kaiser-Jeep assembly line and were used by the U.S. military in Vietnam, Korea, and other locations as non-combat support vehicles. This 1968 example is said to have undergone a complete restoration which included a full respray, a rebuild of the Tornado inline-six engine, an upgraded sound system, a full roll cage, and more. This M715 is now being offered for auction by its seller out of California. 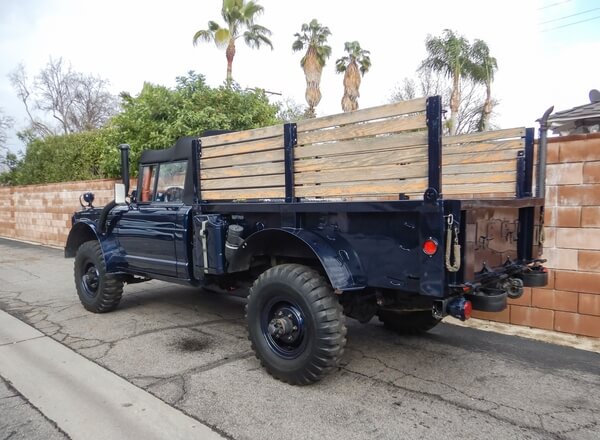 This M715 comes finished in blue with a black removable soft top. The seller notes that the truck was completely refinished approximately six years ago and the finish shows only a few minor chips. Detailed images can be found in the gallery. Additional features include a front brush guard, a snorkel, side-mounted jerry cans, a fold-down front windshield, and wooden-bed sideboards. It rides on a set of body-colored steel wheels dressed in Firestone military tires. 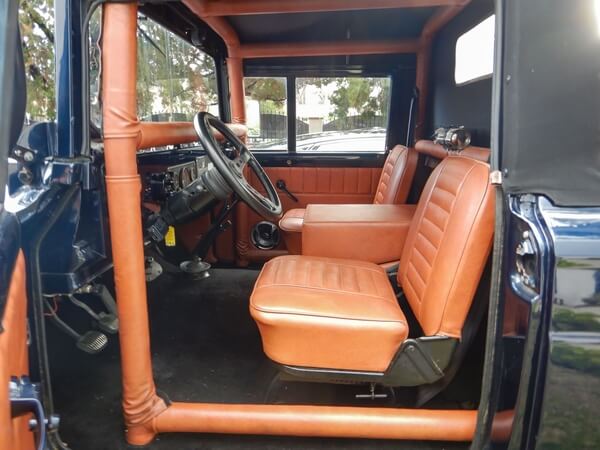 Inside, the seating surfaces are upholstered in tan leather with a matching full roll cage and door panels. A body-colored dashboard houses a suite of instrumentation and the floors are covered with black carpeting. Additional features include a leather upholstered battery box, a three-spoke Grant GT steering wheel, roll-up windows, and an upgraded sound system with a Pioneer head unit. The seller confirms that all gauges, electronics, and accessories remain functional. 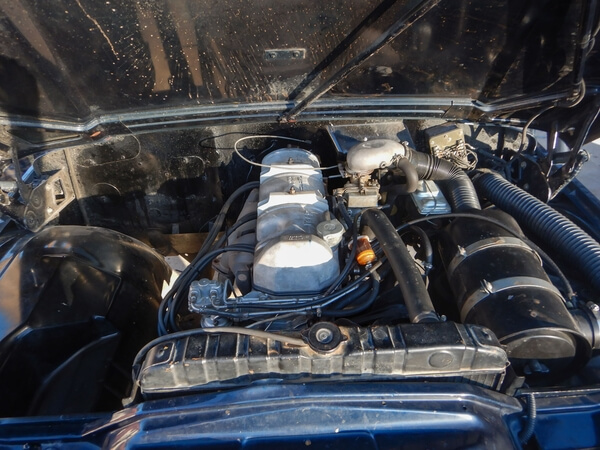 Power comes from a 231ci overhead-cam inline 6-cylinder engine which drives all four wheels by way of a 4-speed manual transmission, a dual-range transfer case, and four manual locking hubs. This M715 retains its original 24v electrical system, with the exception of the radio and turn signals which have been converted to 12v. The seller notes that the transmission was refreshed and that the engine was rebuilt approximately 1,500 ago. 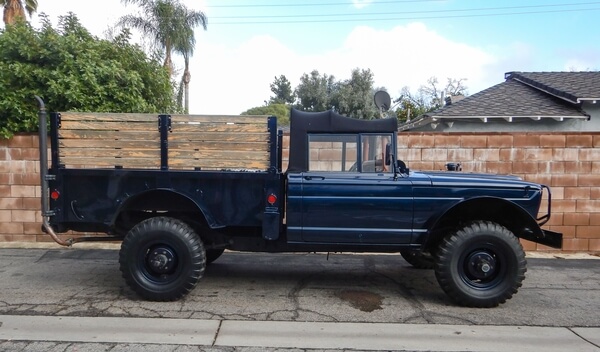