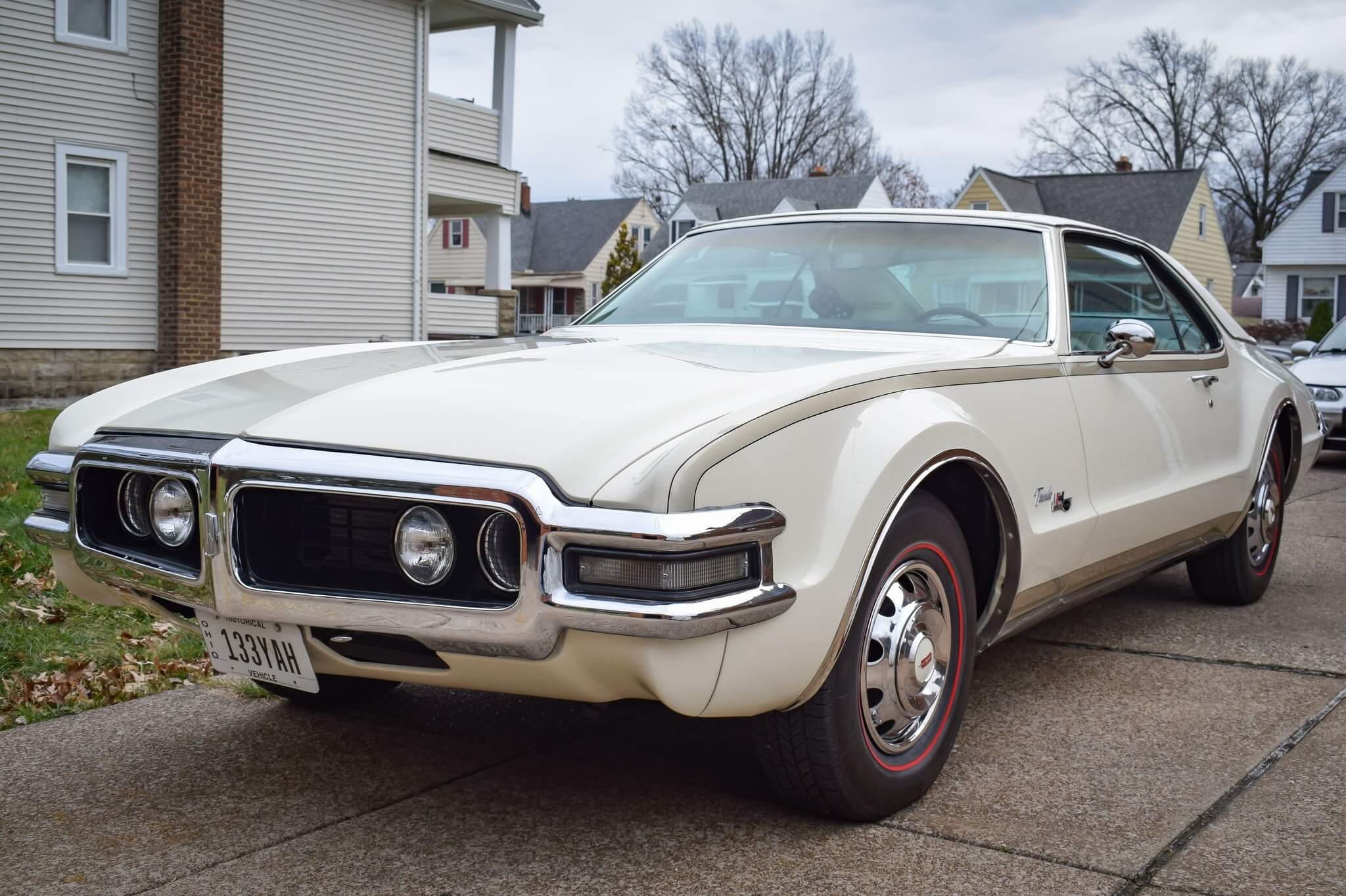 First introduced for the 1966 model year, the Oldsmobile Toronado featured an array of what was for American cars of the period, uncommon technologies such as unibody construction, torsion bar front suspension, and a chain-driven front-wheel drive automatic transaxle. This 1968 example was acquired by its current owner approximately 30 years ago and is said to have received extensive upgrades and refurbishment over the years. Notable features include a custom paint job, custom upholstered bucket seating, a custom dashboard and center console, a professionally built 455 Rocket V8, Hurst accessories, and much more. Accompanied by extensive records detailing its build, this Toronado is now being offered for auction by its seller out of Ohio, having covered approximately 1,600 miles since its completion in 2017. 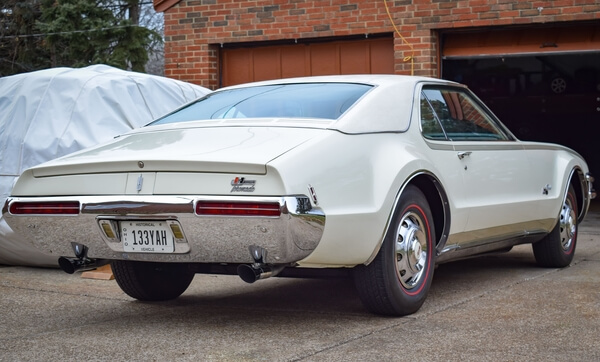 The Toronado was originally conceived in the form of a design painting by Oldsmobile stylist David North in 1962, his design would go on to be selected for a new model that would compete with the Buick Rivera and Ford Thunderbird. This 1968 example is finished in a custom multi-stage shade of white and features a grey accent stripe and a white vinyl roof. The seller notes that all body panels and glass retain their original dimensions and that all brightwork and trim remain OE or OE-style. A collection of detailed images can be found in the gallery along with photos documenting the cars refurbishment. Details include “Hurst” badging on the fender and at the rear, dual polished exhaust outlets, and a custom ram-air intake system incorporated into the headlights/grill. It rides on a set of 15” steel with polished hubcaps which come dressed in Coker redline tires from 2007. 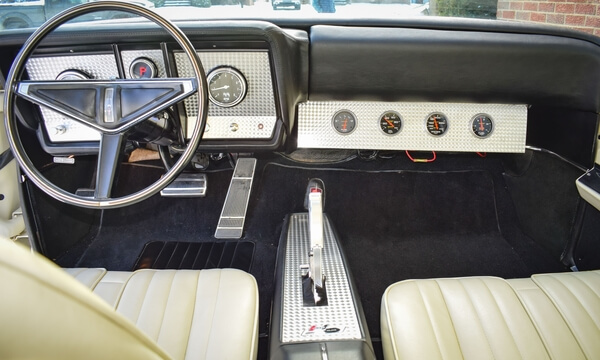 The cabin has been completely reupholstered in a custom white vinyl including the front bucket seats, rear bench, door panels, and headliner. The floors are lined with black carpets and the dashboard is upholstered in black vinyl with custom-machined panels housing a suite of Auto-Meter instrumentation. Details include power windows, a custom center console, Simpson 3” racing lap belts, and a Hurst pistol grip shifter. The seller notes that the climate control system has been removed and confirms that all gauges, electronics, and accessories remain functional. 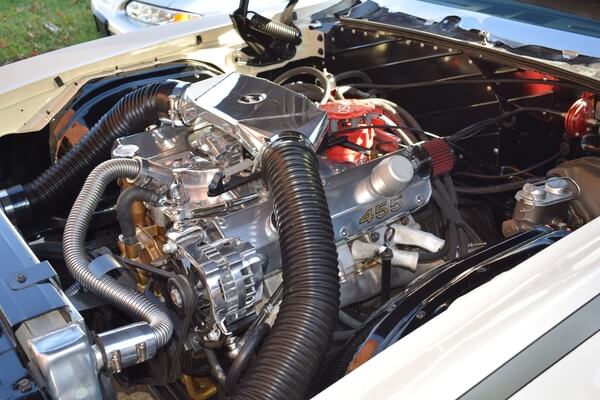 Power comes from an Oldsmobile 455 Rocket V8 which has been bored .040 over and professionally upgraded by RPM of Medina, Ohio. The seller notes that the engine block is not original to the car. The front wheels are driven by way of a 3-speed automatic transaxle. Records documenting the engine build and service have been provided by the seller and are available for reference in the gallery. 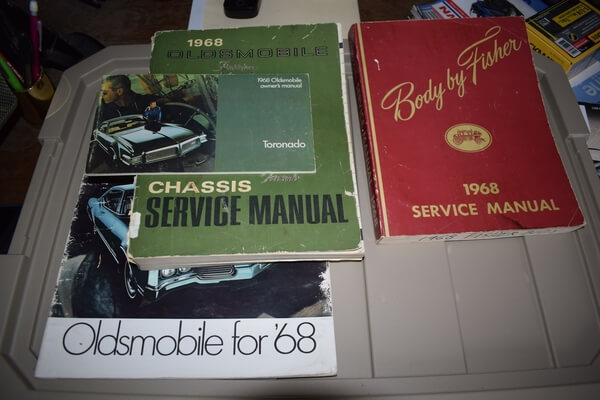 This sale will include owner's literature, several binders, records, and a clean title.