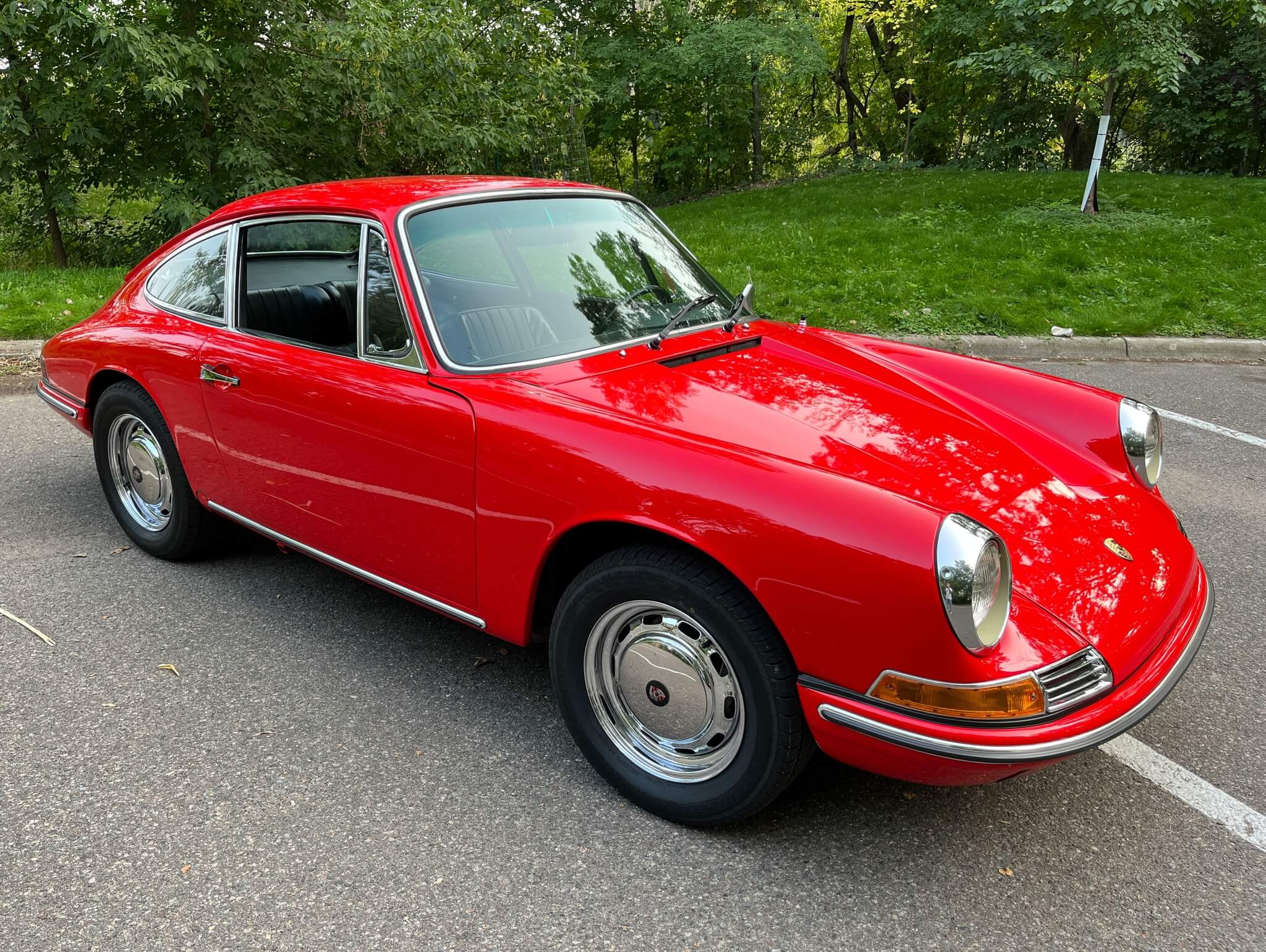 Acquired by the current owner in 1997, this 1968 Porsche 911 Coupe is said to have been refinished in its current shade of red during an extensive restoration in 2003-2004 and received a full engine rebuild in 2007. This classic short-wheelbase 911 is now being offered for auction by its longtime owner out of Minnesota. 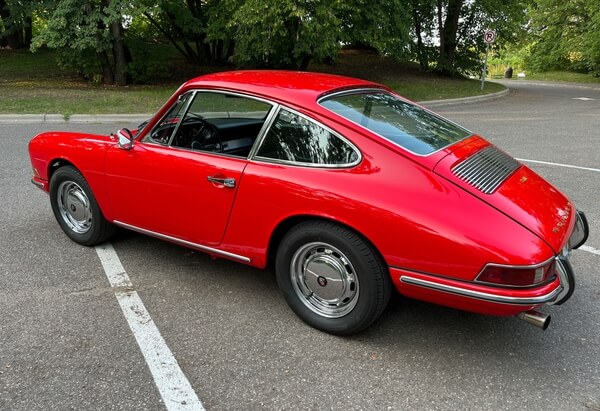 During the restoration, all panels, bumpers, trim, and rubber seals were removed and minor rust repair was made to the bottom of the passenger door. The original floorpan is said to have been retained and remains free of corrosion as does the battery compartment. The car was refinished in the current shade of red and the seller notes the undercoating shows minor overspray. A new windshield was installed in 2016 and an accident in 2008 caused damage to the passenger door which was subsequently replaced. The 15” wheels were mounted with new Bridgestone Turanza tires in 2017 within the last 1,500 miles. Detailed images are provided in the gallery. 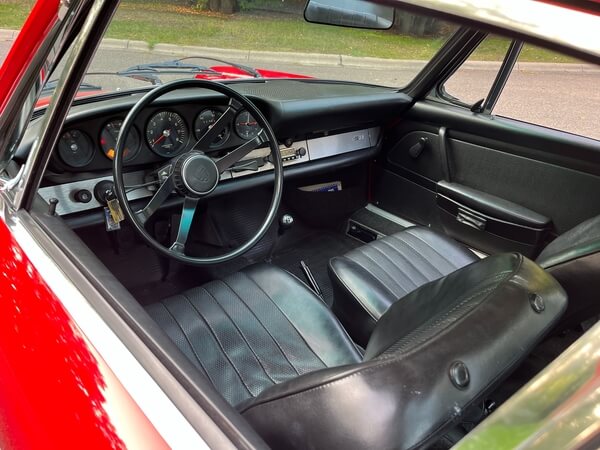 The black leatherette interior is described to be highly original with some signs of age-related wear. The piping trim on the driver’s seat is missing in certain areas, the upholstery on the knee pad below the dash is shrunken, and the headliner is loose around the rear quarter windows. The horn was removed and the clock was disconnected because of electrical issues causing a draw on the battery. The seller indicates the speedometer was professionally repaired and recalibrated during his ownership; consequently, the mileage does not represent the car’s true mileage. 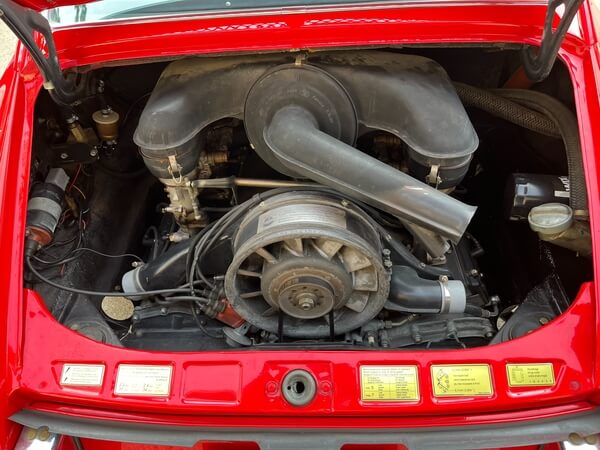 The 1968 911 came from the factory with a 2.0L flat-six engine. Following damage to the original engine case in 2007, the engine was removed and rebuilt to factory specifications with a replacement case by Aaron Hatz of Flat Six in Bloomington, MN. The damaged numbers-matching case is said to accompany the sale. The car sports an OEM Pre-73 muffler and there are no heat exchangers equipped. A new clutch, shocks, and struts were installed between 2009-2010 and the battery and alternator were replaced more recently in 2017. A minor oil leak has been identified at the lower oil line from the reservoir tank. 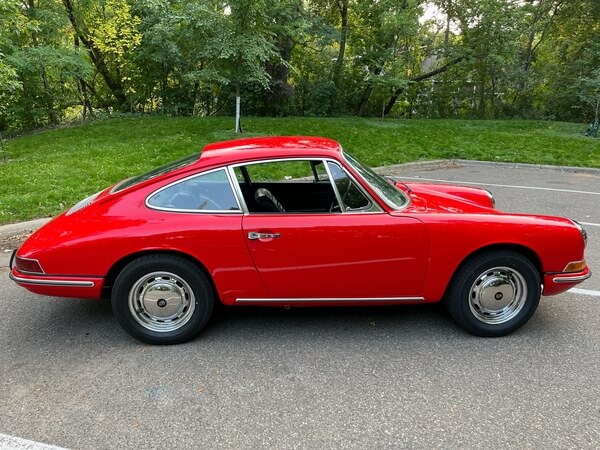 This sale will include extensive service documents, the owner’s manuals, a toolkit, a spare tire, and a clean title.