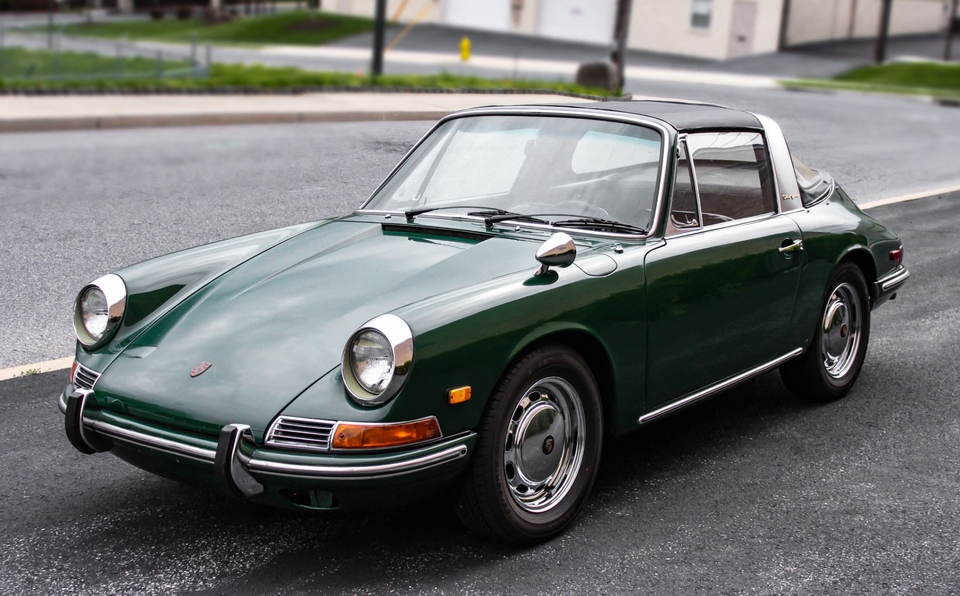 Up for auction is this rare 1968 Porsche 912 “Soft Window” Targa finished in Irish Green over a black leatherette interior.  Representing the original interpretation of the Targa configuration, this 1968 example features a soft zip-out rear window which was offered for only a short time before being superseded by the modern wraparound glass design.  Originally a West Coast car, this 912 currently resides in Pennsylvania where it was treated to a full engine rebuild within the past 1000 miles along with several other major service items.  This 912 is accompanied by a Porsche Certificate of Authenticity (COA) and is now being offered in great driving order. 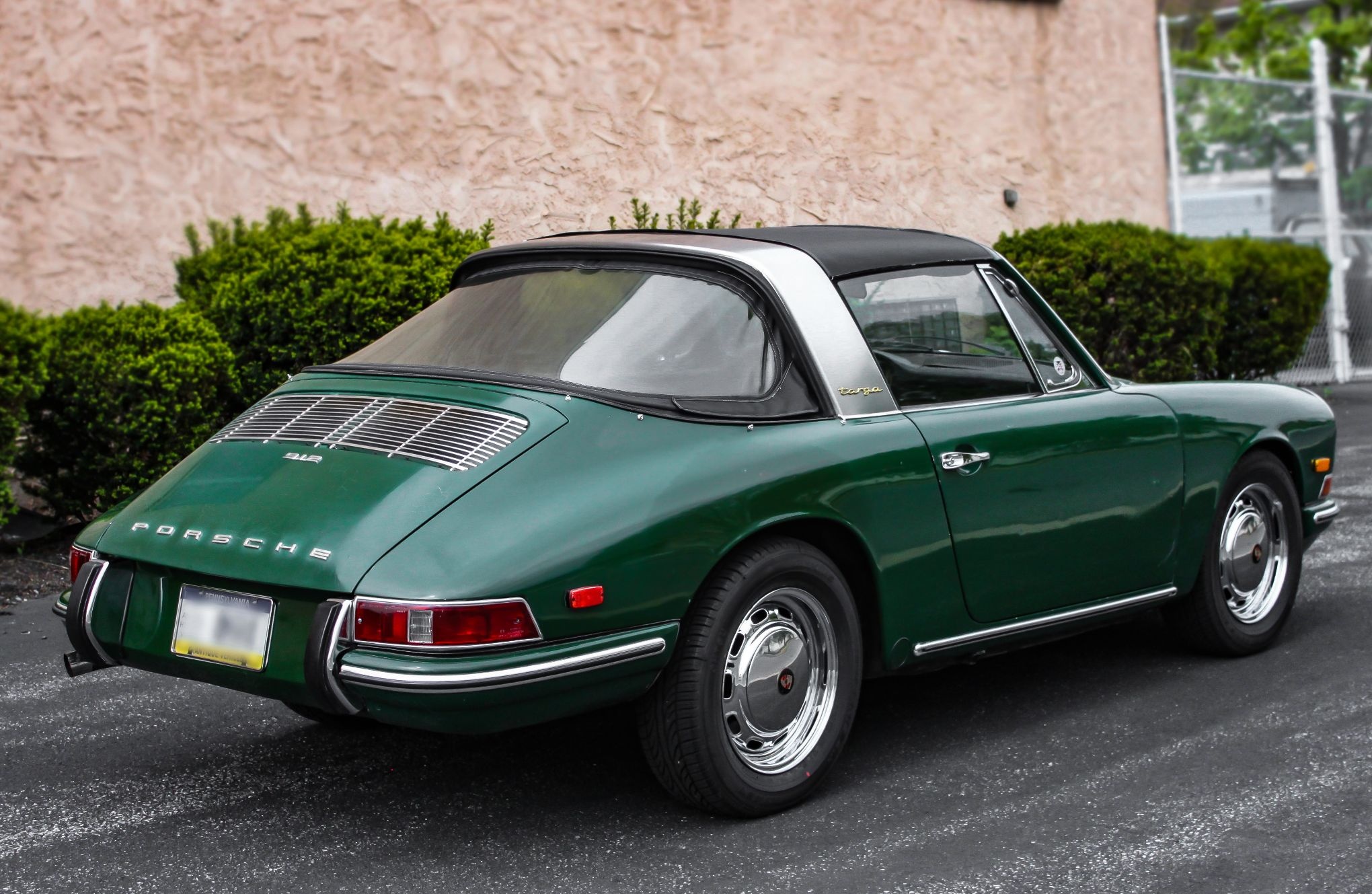 Reported to have been completely refinished at some point during a previous ownership, the Irish Green finish on this Targa is stated to be in fair condition for its age with some cracks, chips and patina (detailed images are provided in the photo gallery).  The seller notes that the floor pans, rockers, and front suspension pans are all original and in great shape.  Noteworthy features include a Targa top with a zip-out soft rear window, a Talbot mirror and a classic stainless-steel Targa bar.  This 912 rides on genuine chrome ventilated Porsche 911 wheels which are date stamped 3/69.  The original spare tire is also included which is stamped from 1967. 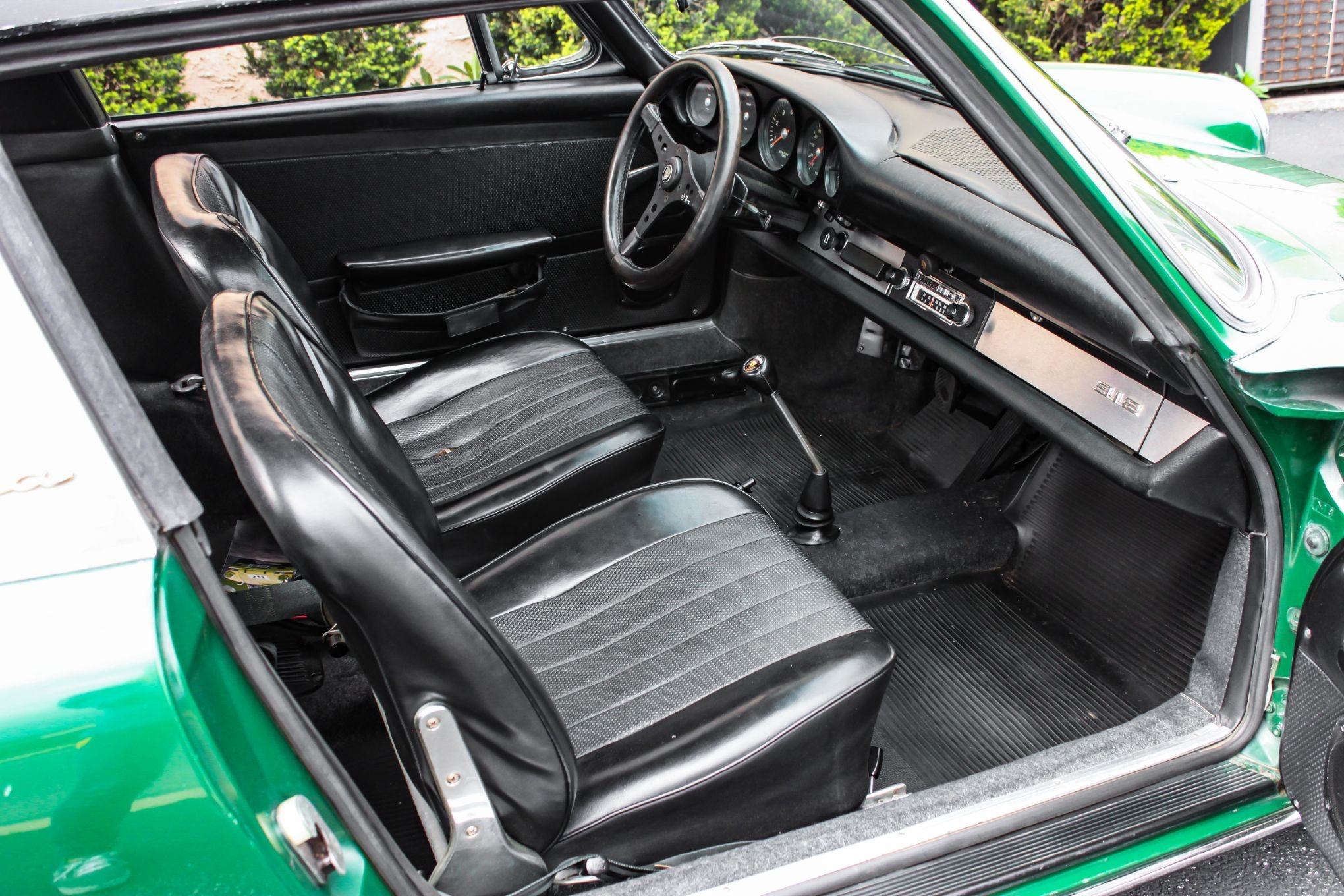 Inside, this Targa sports a black leatherette interior that is also said to be in fair condition given its age with two tears noted on the driver’s seat.  The cabin is reported to be highly original with only a few modifications including an aftermarket steering wheel and a period correct aftermarket cassette radio. Factory options listed on the Certificate of Authenticity include a loudspeaker and antenna.  All gauges and accessories are stated to be in good working order. 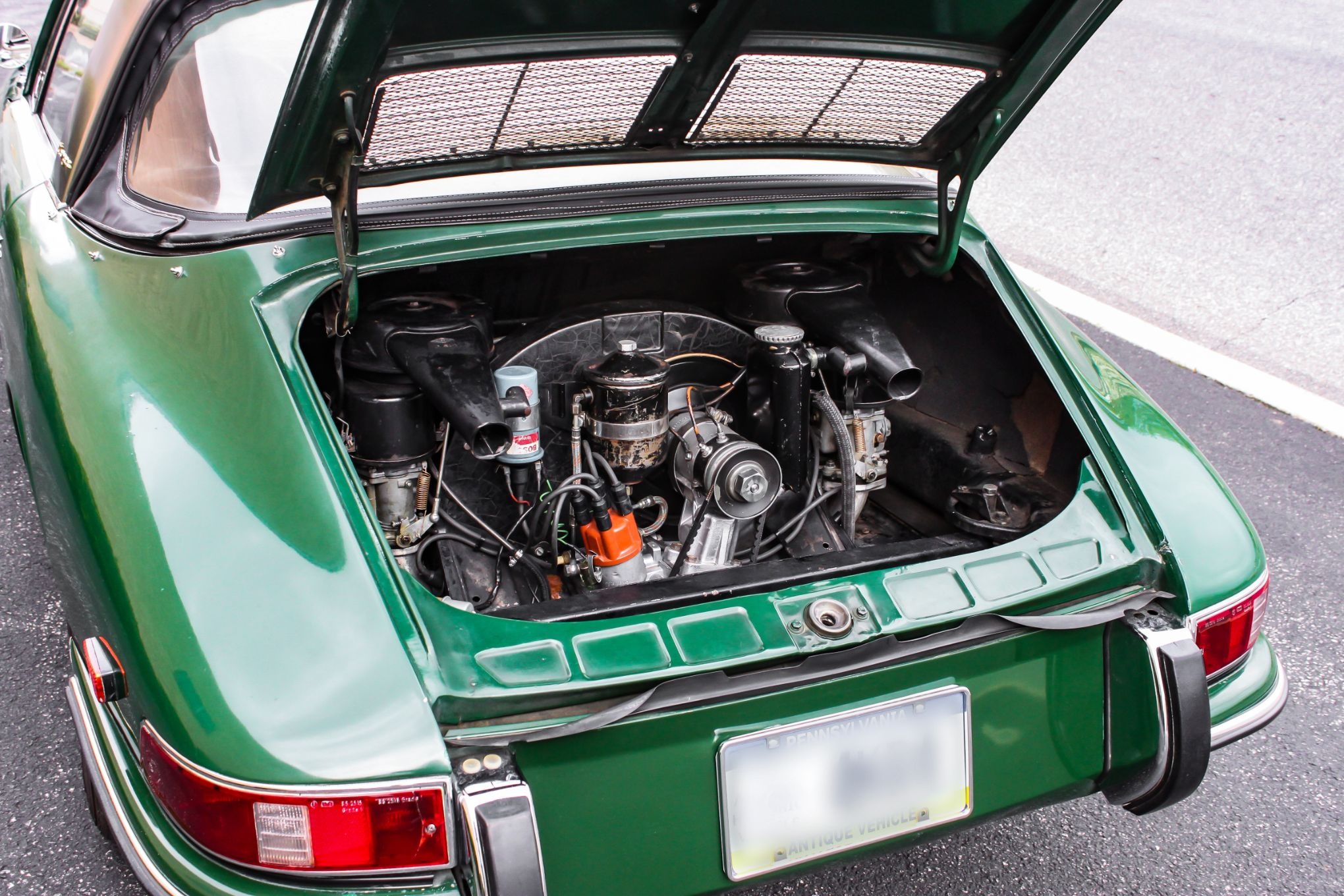 Power comes from an air-cooled 1600cc flat-four engine derived from the Porsche 356 SC.  90 HP is transferred to the rear wheels through a number’s matching 5-speed manual transmission.  In 2016, the engine was fully rebuilt by Specialty Cars of Allentown, PA along with the brake and fuel systems.  Approximately 1k miles have been driven since this time and the seller confirms this 912 to be in excellent running order.  Partial service records are available dating back to 1981.  The speedometer is said to have been repaired under previous ownership and the true mileage remains unknown.  The results from a recent leak down and compression test are posted below: 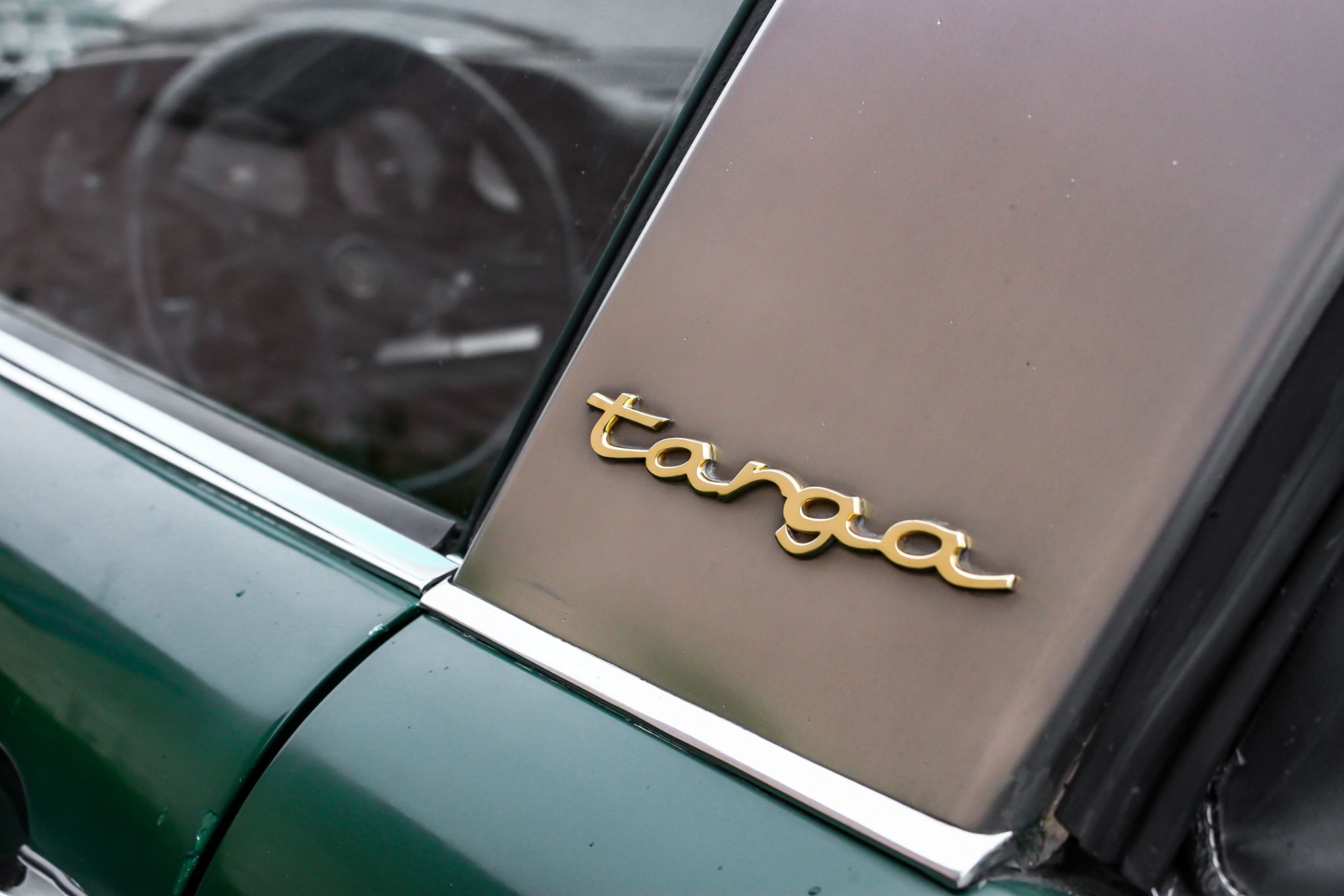 Included in the sale are a set of keys, a clear Pennsylvania title, partial service records dating back to 1981, the original spare (stamped 1967) and a Porsche Certificate of Authenticity.  If you are in search of a collectible air-cooled Porsche or your next restoration project, this rare soft-window 912 Targa is not to be missed.