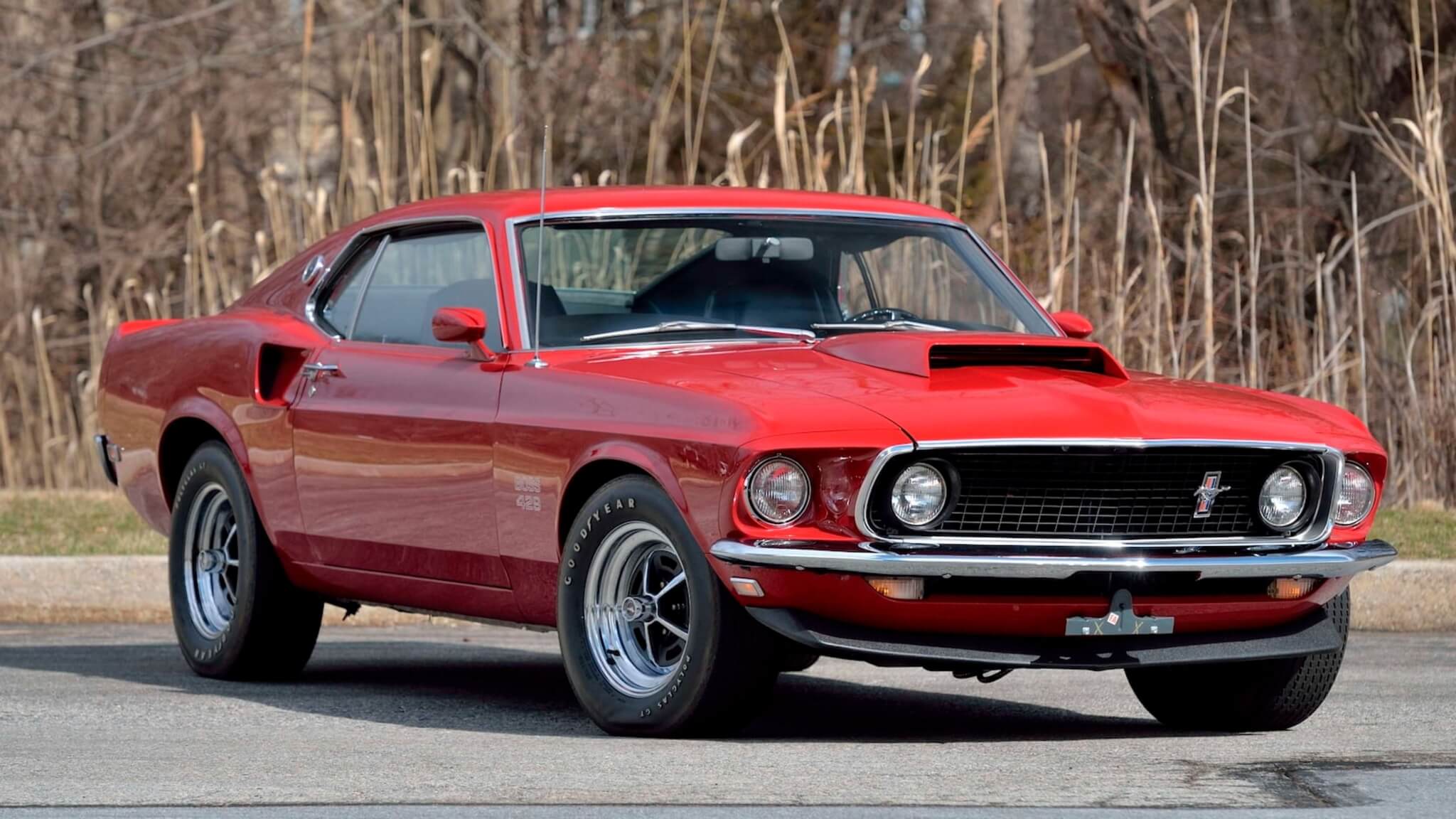 Available for auction is this 1969 Ford Mustang Boss 429 finished in Candyapple Red over a Black Clarion-Knit interior. One of the rarest and most highly sought-after Mustangs of all, the Boss 429 was built to homologate Ford’s 429 c.i. V8 engine for NASCAR. This 1969 example (KK no.1934) is reported to be a two-owner car that remained with its original caretaker up until 2013. The car was restored earlier in its life and more recently refreshed using authentic parts. Featured at Ford Nationals in Carlisle as well as Jay Leno’s Garage, this Boss 429 is now being offered for auction by its seller out of Pennsylvania accompanied by original dealer paperwork, extensive records, and a Marti Report. 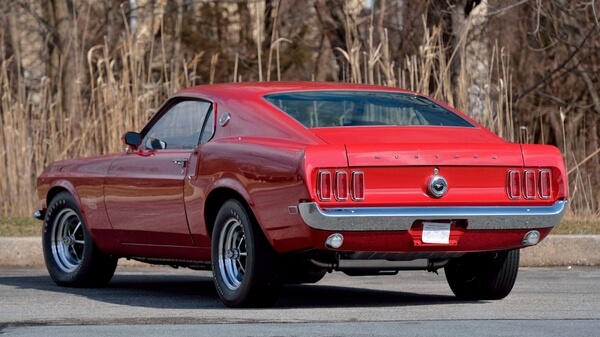 This example is finished in Candyapple Red and features a Sportsroof body, factory color-keyed mirrors, and a functional Ram-Air hood scoop. The car is said to have been fully restored under previous ownership and was refreshed using new old stock parts courtesy of renowned Mustang expert Marcus Anghel of Anghel Restorations, Arizona. It rides on a set of Boss 429 specific Magnum 500 wheels with flat-black inserts and Goodyear Polyglas tires. 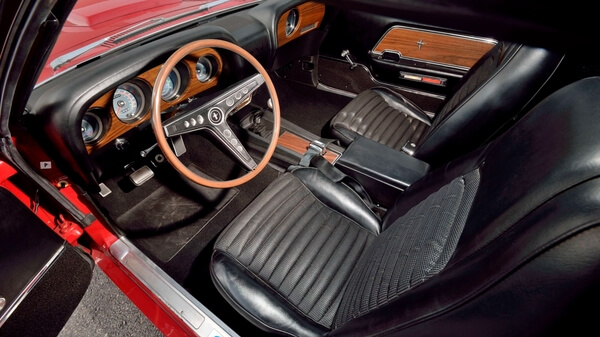 The cabin is trimmed in Black Clarion-Knit vinyl with Comfortweave bucket seats, a matching rear bench, and woodgrain inlays throughout. Features include power steering, an AM radio, crank windows, the Visibility Group, and the Deluxe Interior Decor Group which adds special door panels with integrated armrests, additional lighting, and a wood-rimmed three-spoke Rim Blow steering wheel. 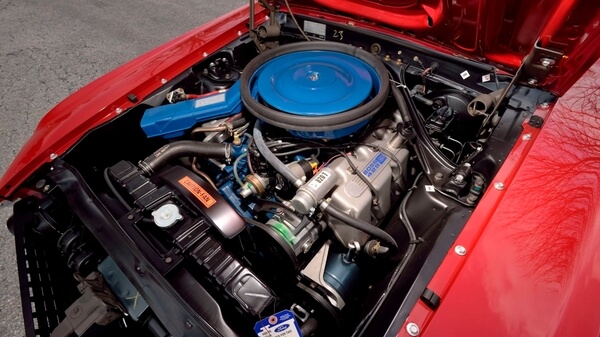 Power comes from a 820-T 429 c.i. V8 featuring aluminum cylinder heads and “Semi-Hemi” combustion chambers. The rear wheels are driven by way of a close-ratio “Toploader” 4-speed manual transmission with a Traction-Lok differential and 3.91 gears. The Boss 429 model received factory-uprated suspension components including revised control arms, springs, shock absorbers, and stabilizer bars. Images of the factory stampings can be found in the gallery along with detailed restoration photos. 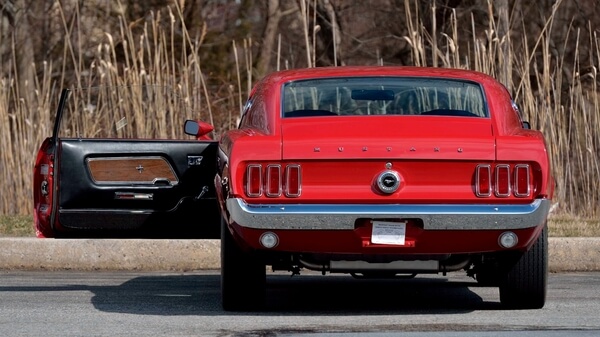 This sale will include a clean title along with extensive records and original documentation.