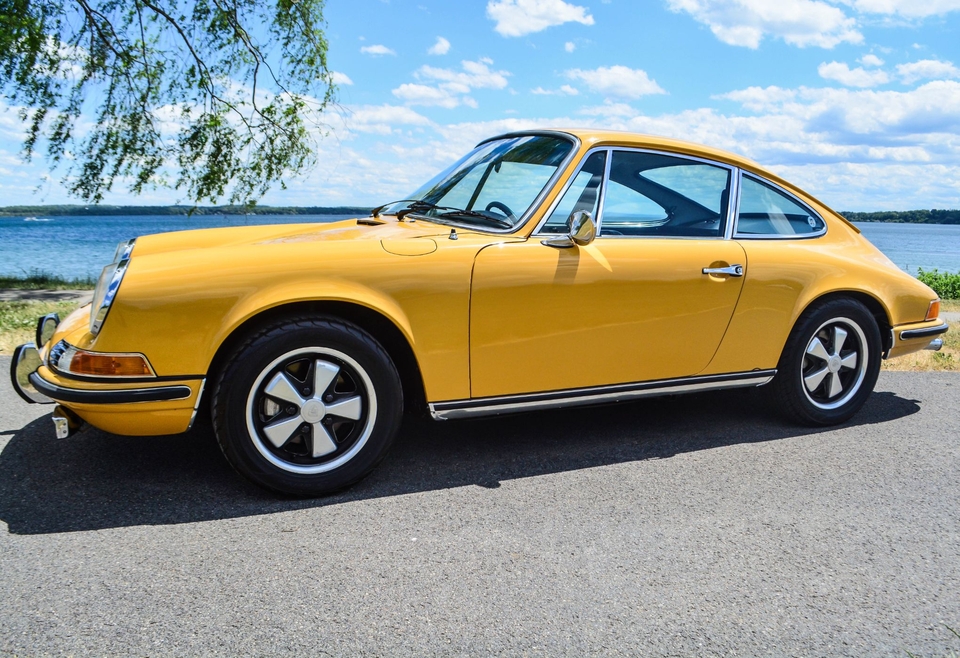 We are pleased to present this 1969 Porsche 911 S finished in Bahama Yellow over a black leather interior.  Marking the top range Porsche model of its day, the 1969 911 S was the first 911 to be offered with a long wheelbase as well as Bosch mechanical fuel injection (MFI).  This 1969 example is said to have been under the care of its original owner from new and is accompanied by extensive records and documentation.  Highlighting over $30k worth of recent restorative work including a full glass-out respray and engine refresh, this number’s-matching 911 S is now being offered for auction showing approximately 66k miles on the odometer. 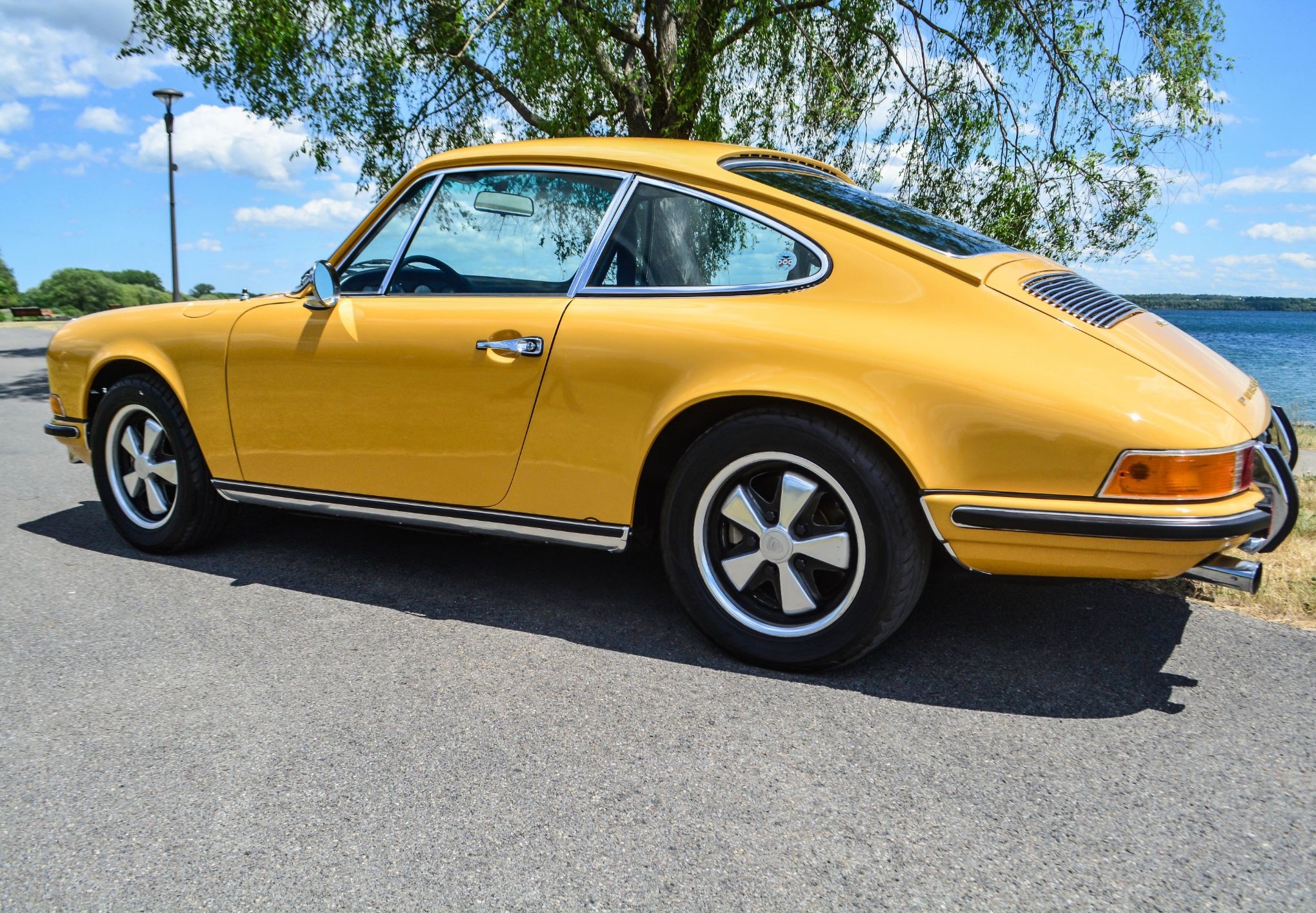 This 911 has been recently treated to a professional glass-out respray in its factory original color of Bahama Yellow.  All of the original chrome trim has been refurbished as needed and the paint is noted to be in immaculate condition (detailed images are provided in the photo gallery).  This 911 S rides on original Fuchs wheels which come dressed in 2-year-old Yokohama tires. 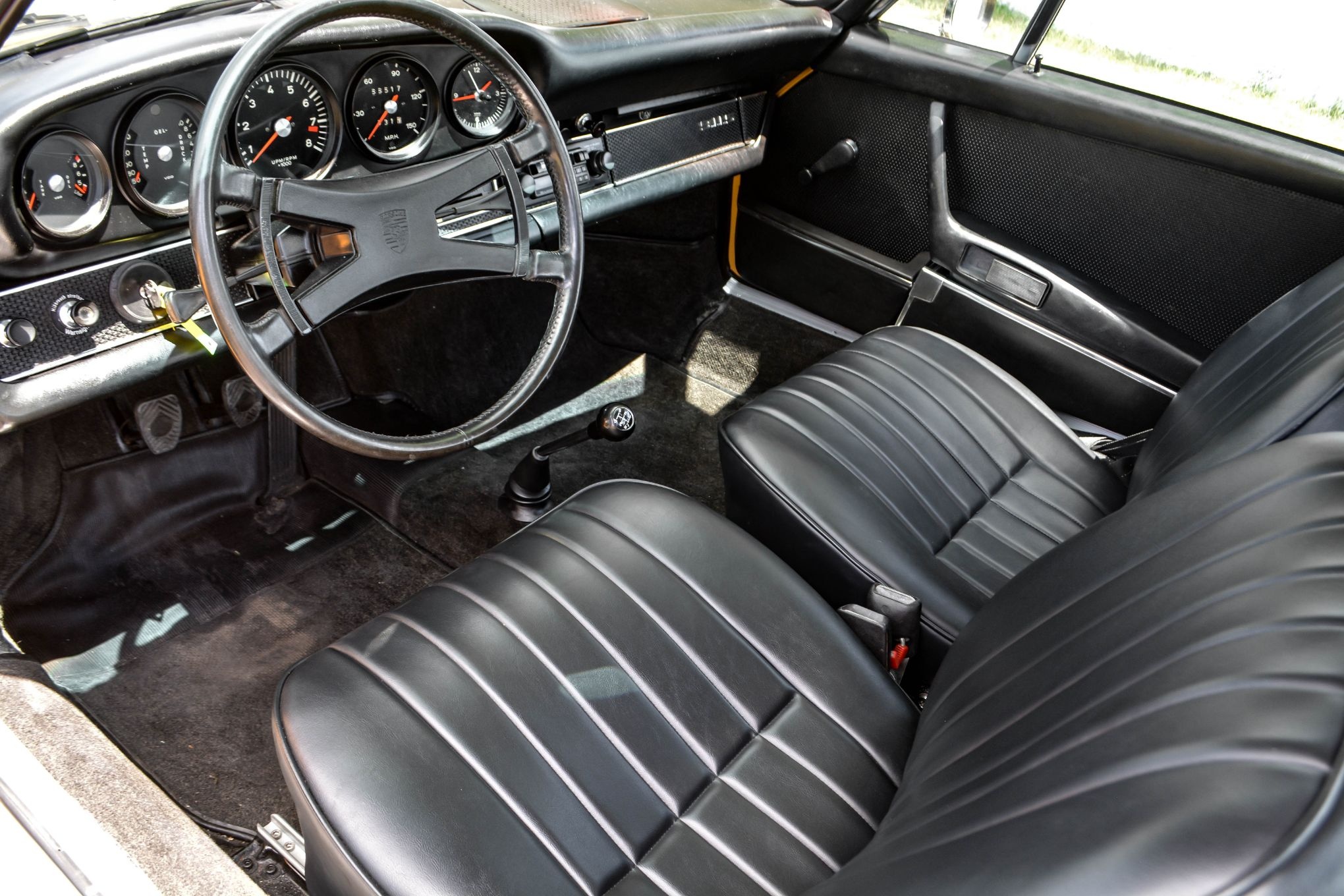 Inside, the black interior has been beautifully preserved in mostly original condition.  The front seats have been recently reupholstered in black leather and the seller confirms all gauges and accessories to be fully functional. 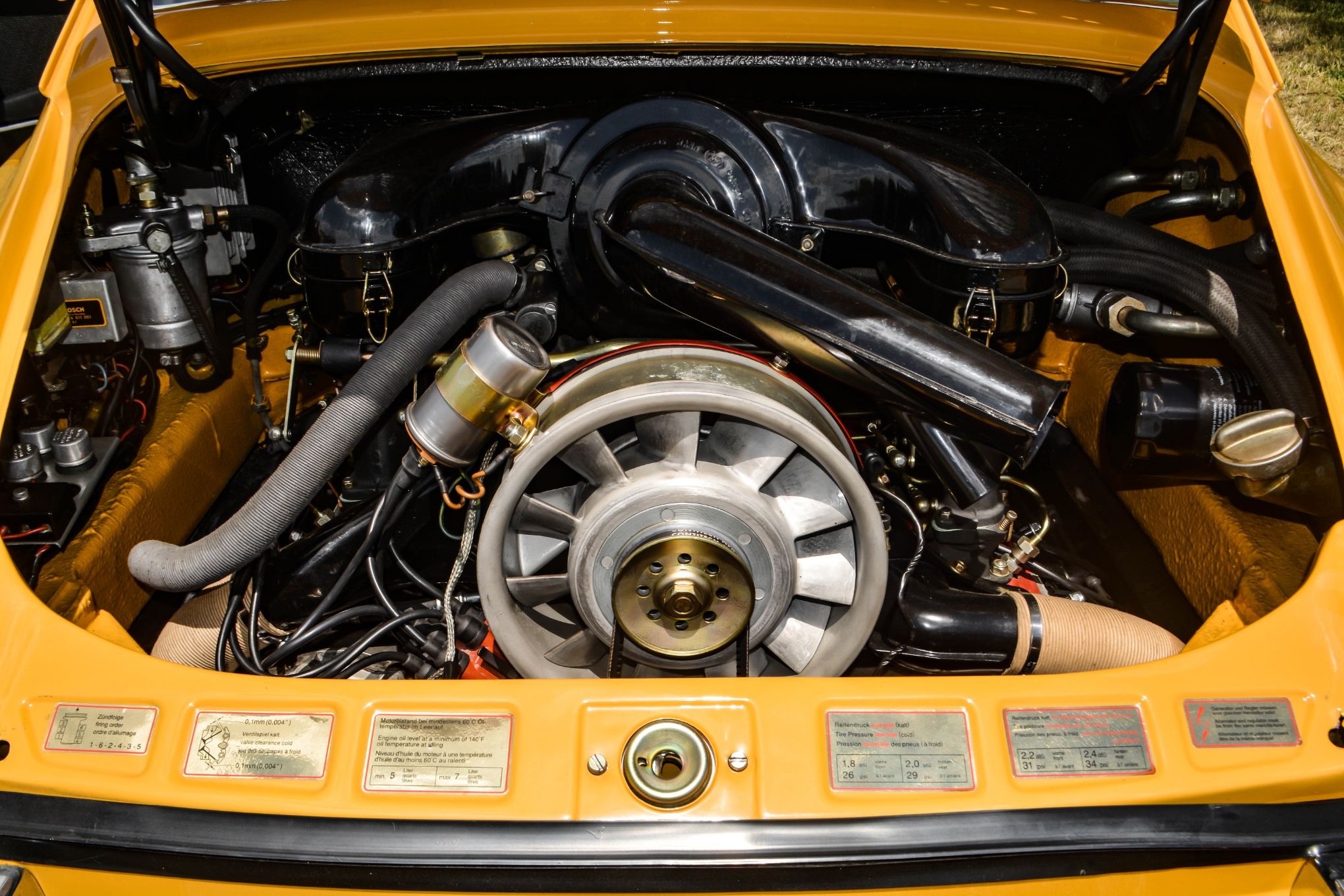 This 911 S carries its original 2.0 L flat-six engine which features Bosch mechanical fuel injection.  Approximately 170 HP is sent to the rear wheels by way of a recently rebuilt and number’s matching 5-speed manual transmission.  Within the last several hundred miles the engine is said to have been completely removed before it was thoroughly inspected, tuned, resealed, detailed and reinstalled.  Offered with a comprehensive collection of service records and documentation amounting to a binder 2- inches thick, this 911 S is said to be completely sorted and in excellent driving condition. 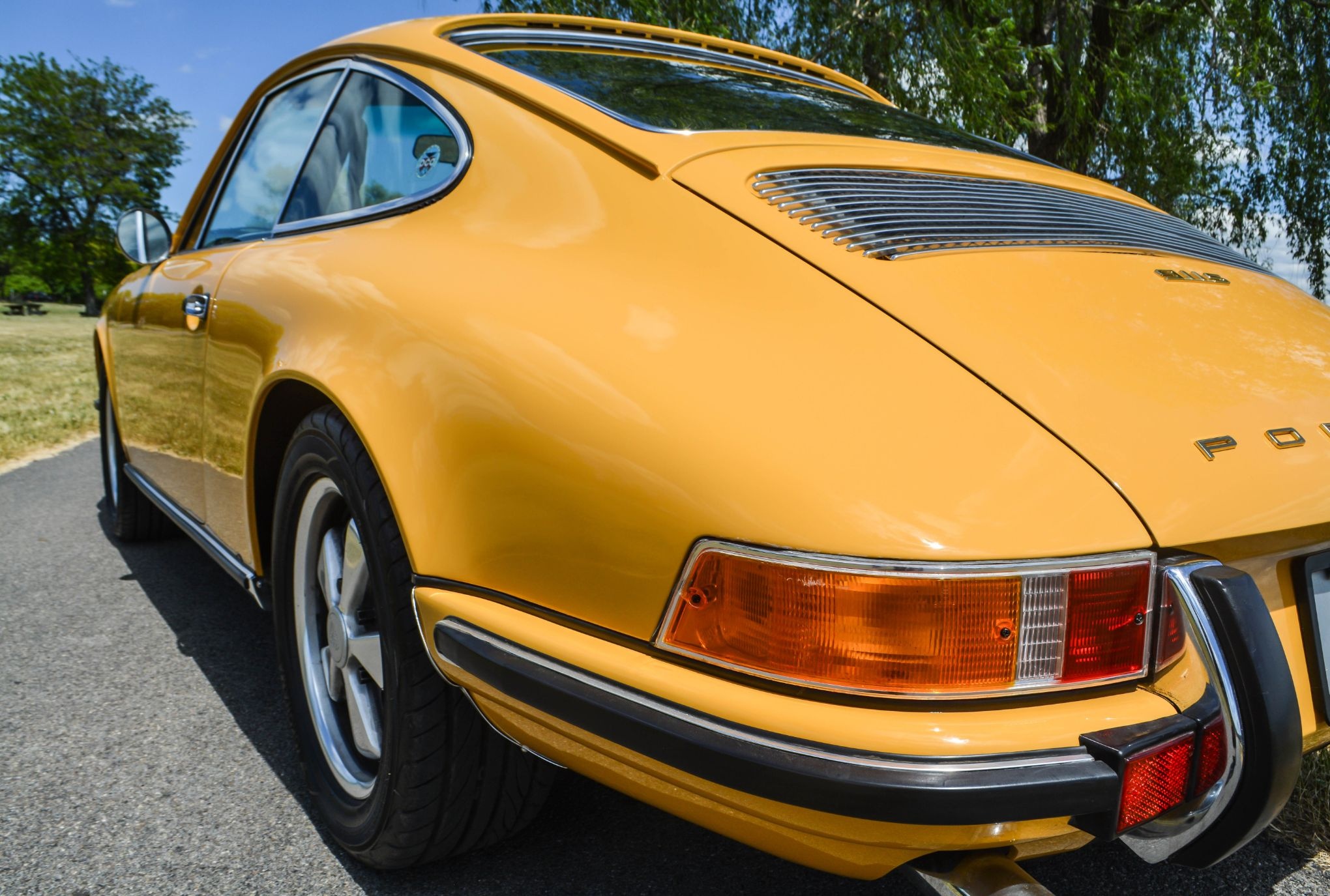 In a vintage Car and Driver article discussing the 1969 911 S, Mark Donohue was quoted as saying "Although it's impossible to identify these cars in profile, as soon as you light the fires there's no doubt which one is the top of the line. That rasping, cracking exhaust note on the 911S really tells you right off it's not fooling around.” 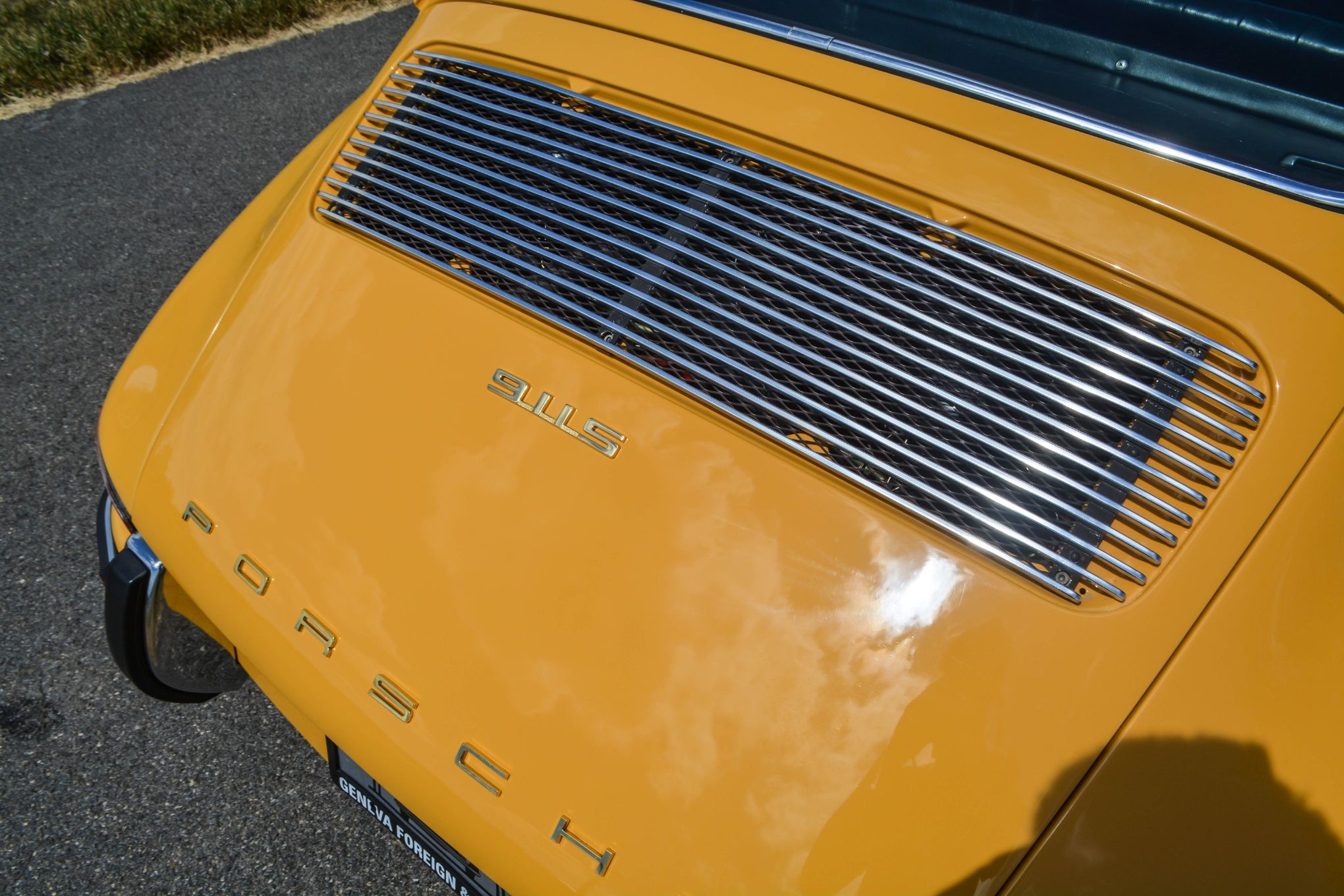 The sale of this 911 S will include the original books and tools, a set of two keys and extensive records including service receipts and original import documents.  This impeccable one-owner 1969 911 S makes the obvious choice for any discerning Porsche collector.