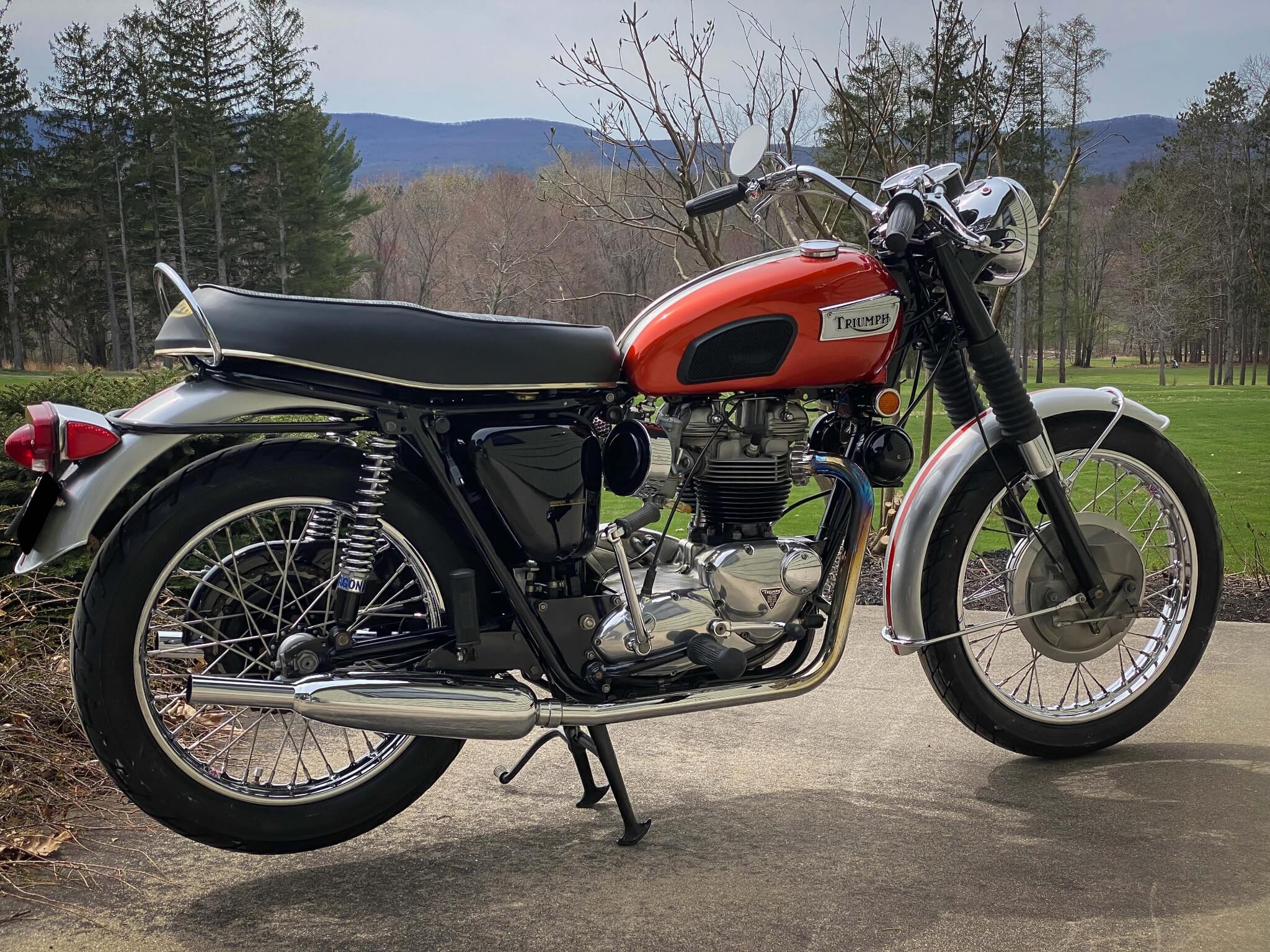 Named after the famed Bonneville Salt Flats in Utah, the Triumph Bonneville was the best-selling British twin motorcycle of all time, popular for a variety of different motorsports. This 1969 Bonneville T120R was purchased intact during the late 1990s and later subject to a full restoration in the original paint scheme of metallic orange and silver fenders, with fresh chrome and powder coating. It has since received new Wassell carburetors, upgraded modern lighting, and electronic ignition while also earning several awards at shows. This 1969 Bonneville is now being offered at auction by its seller out of Massachusetts. 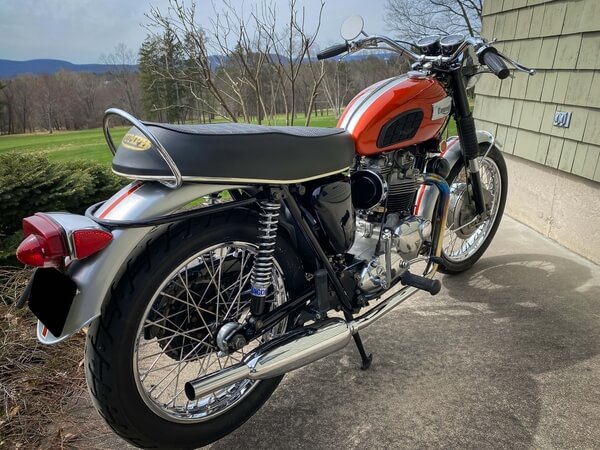 The motorcycle received a full restoration and was refinished in its original metallic orange and silver combination with striped fenders. The side covers, frame, swingarm, and structural parts were powder coated black, the chrome accents were re-plated, and the original hardware was used during the rebuild. Equipment includes the original Windtone horns, a black Triumph two-up seat, a passenger grab bar, a chrome bucket headlight, rubber knee bolsters, and center and side kickstands. The chrome-finished Devon wire wheels measure 19” in the front and 18” in the rear, and feature Union Jack emblems with matching valve stem caps. 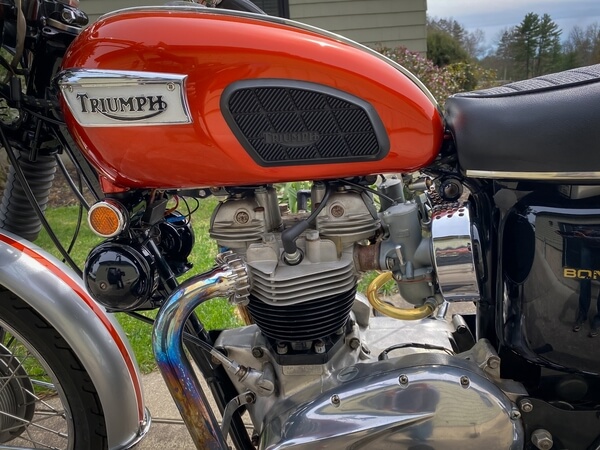 This Bonneville is powered by a 649cc air-cooled 360-degree parallel-twin engine rated at 46 hp and 37.8 lb.-ft of torque. The rear wheel is driven by a 4-speed transmission with chain final drive, allowing the Bonneville to reach a top speed of 108 MPH. The suspension consists of a conventional fork with rubber gaiters, and dual shocks mounted to the swingarm. Braking is handled by a twin leading-shoe drum up front and a single expanding drum in the rear. The seller reports the original engine and transmission have been completely rebuilt, and the factory Amal carbs have been replaced with Wassell units that are recommended to be tuned to ensure perfect low idle operation. The ignition system has also been replaced with a modern electronic version, and an oil change has been performed recently. 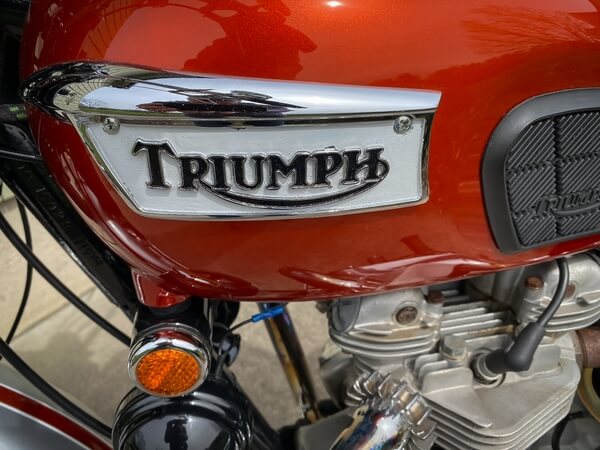