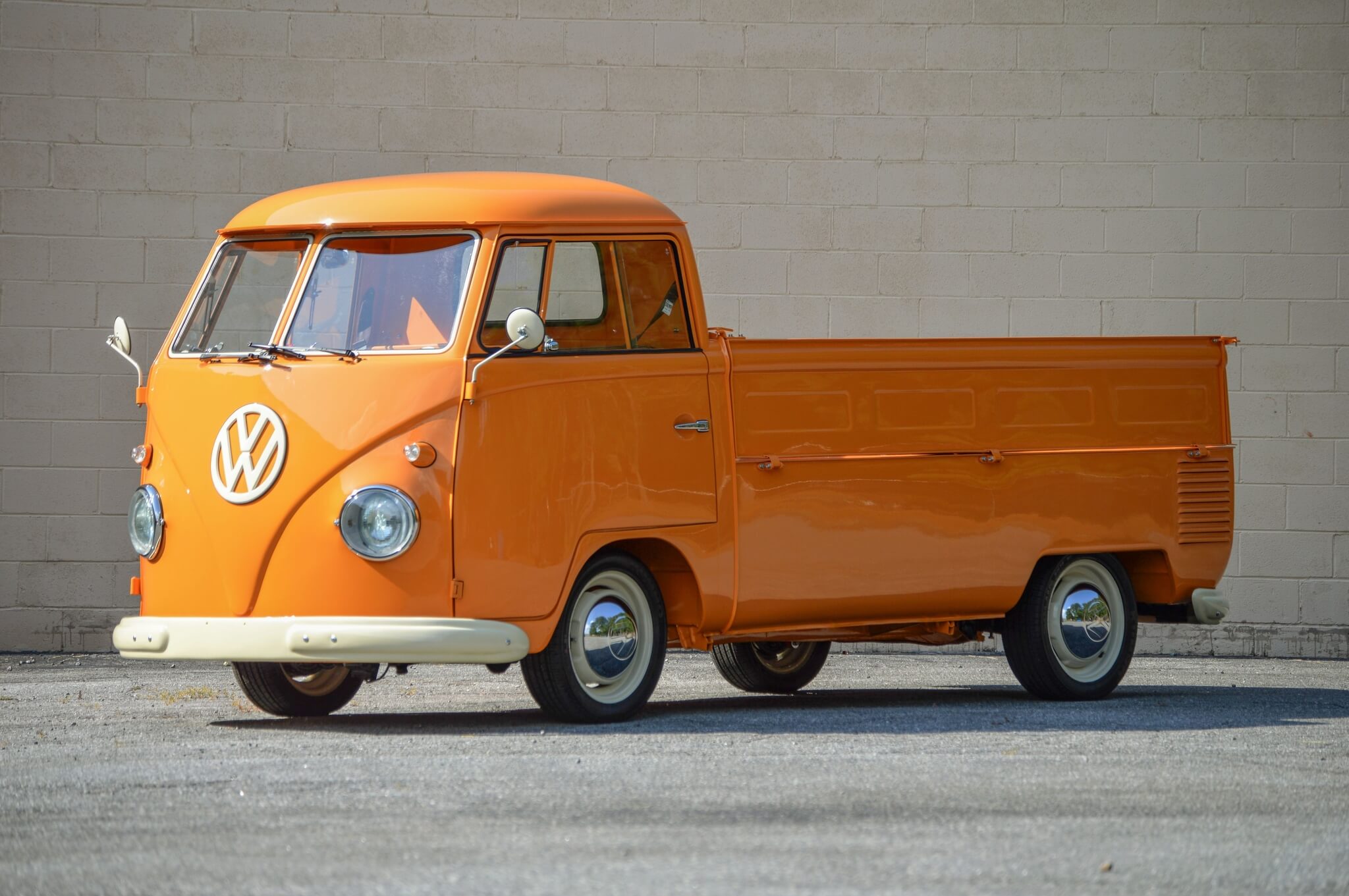 Introduced in 1967 as the successor to the original Volkswagen Type 2, the second generation featured new styling, a 12V electrical system, and a suspension derived from the Volkswagen Beetle. This 1969 example is said to have been completely restored in Brazil before being imported to the United States by Overland Imports of Atlanta, Georgia. It was refinished in orange along with a rebuild of the 1.5L flat-four engine, four-speed manual transmission, suspension, steering, and braking systems. Completed in February of 2022, this 1969 Type 2 Transporter is said to have traveled less than 100 miles since restoration and is now being offered at auction by its seller out of Georgia. 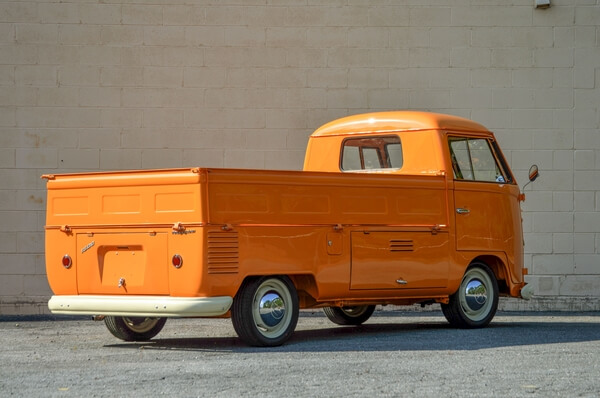 This two-door pickup is said to have undergone a complete rotisserie restoration including a rebuild of the body panels and a fresh coat of orange paint for the exterior, interior, and undercarriage. Equipment includes white bumpers at the front and rear, a cargo bed with swing-down panels, under-bed storage compartments, safari front windows, white door mirrors, and a split front windshield. Detailed images are provided in the gallery. The steel 15” wheels are finished in white with polished Volkswagen-branded hubcaps and come mounted with Kumho Solus tires. 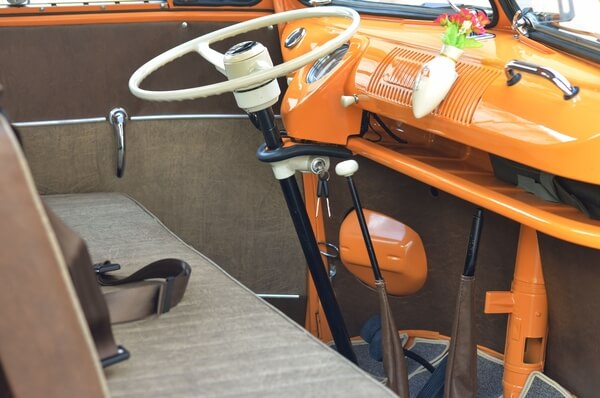 The front bench seat in the cab is upholstered in two-tone brown and tan vinyl with color-coordinated door panels, grey carpeting, a painted dashboard, and a tan vinyl-trimmed headliner. All gauges, carpets, seats, door cards, and handles are said to have been redone to factory standards. Amenities include a two-spoke white steering wheel with a Wolfsburg-crested horn button, slider windows, chrome-ringed Cronomac instrumentation, a floor shifter, and brown safety belts. 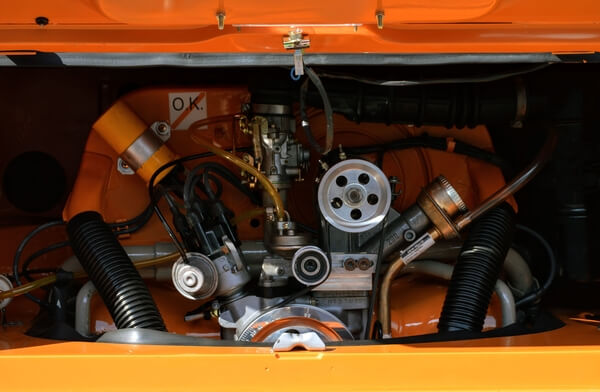 This Type 2 Transporter is powered by a rebuilt 1.5L flat-four that has been refreshed with a new carburetor, distributor, ignition coil, spark plugs, wiring harness, generator, voltage regulator, battery, and ignition wires. The refurbished 4-speed manual transmission sends power to the rear wheels. The suspension, steering, and braking systems have also reportedly been rebuilt. Modifications include a lowered suspension, color-matched engine tins, an aftermarket belt tensioner, and graduated pulleys for the crank and generator. 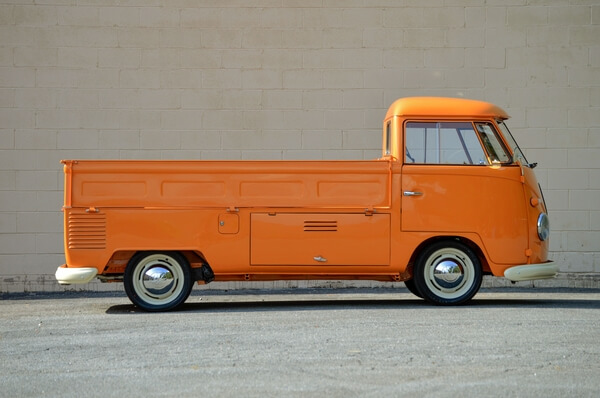 This Volkswagen is offered on a bill of sale.