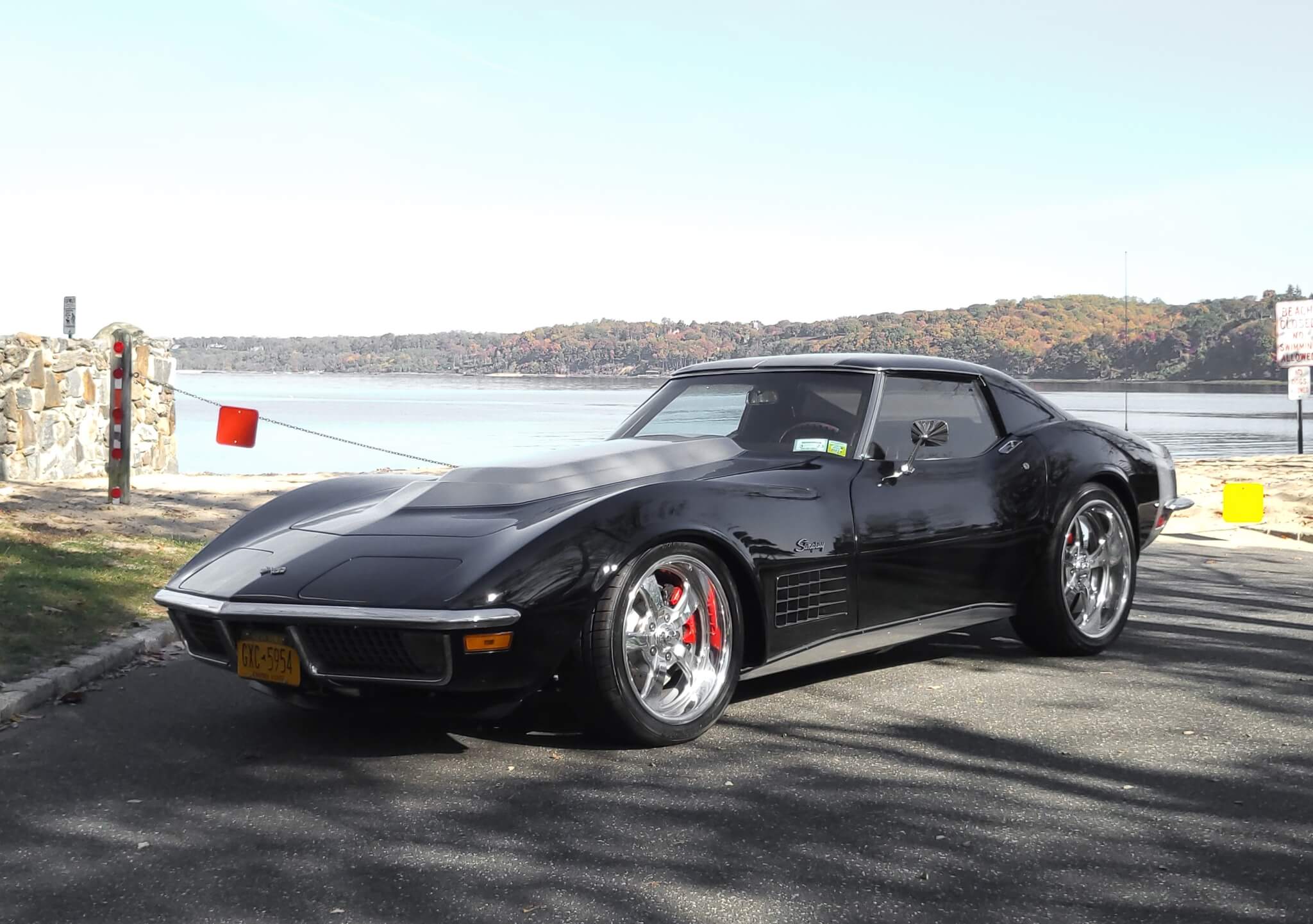 Available for auction is this 1970 Chevrolet Corvette C3 finished in two-tone black and silver over a Black vinyl interior. This 1970 example was restored and modified under previous ownership with a host of high-performance upgrades including a 5.7-liter LS1 engine mated to a 6-speed transmission, Billet Specialties wheels, power steering, and more. This custom Corvette is now being offered for auction by its seller out of New York. 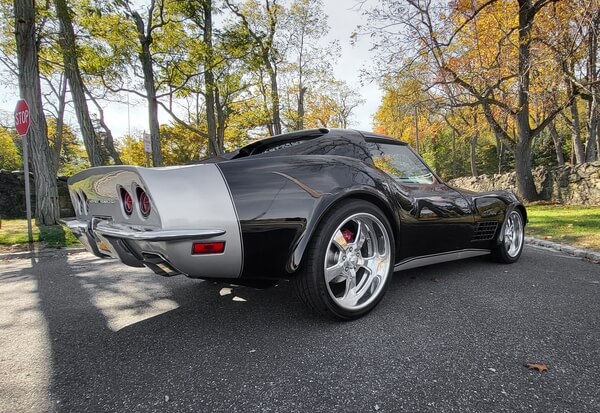 For 1970, the Corvette received minor cosmetic updates in the way of more sculpted fender flares, egg crate grills with matching front fender side vents, and rectangular exhaust outlets. This example has been finished in a custom two-tone paint scheme reminiscent of the Baldwin Motion Corvettes, with a black base and silver accents running from the hood to the rear end. The seller notes that the car was refinished as part of an older restoration and that the finish is showing signs of wear. Additional images can be found in the gallery. Details include a cowl-induction hood, a racing-style fuel filler, pop-up headlights, removable T-top roof panels, chrome bumpers and rocker panel trim, and a set of staggered diameter 18″ and 20″ Billet Specialities chrome five-spoke wheels dressed in Sumitomo HTR ZIII tires from 2014. 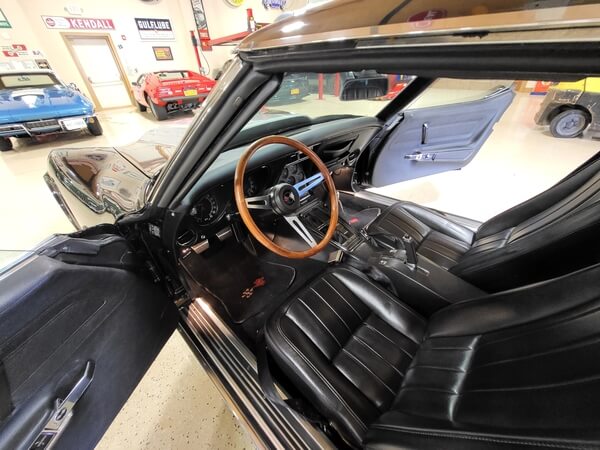 The cabin is upholstered in black vinyl with matching carpets, door panels, and a dashboard. Amenities include a tilting and telescoping Teakwood steering wheel, a metallic shift knob, power windows, a Vintage Air air conditioning system, and a custom sound system including Infinity speakers and a Kenwood CD stereo with Bluetooth connectivity. 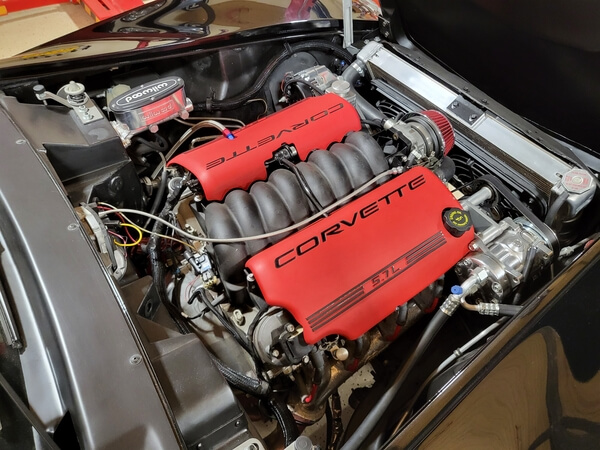 Power comes from a 5.7-liter LS1 V8 engine which has been modified with a Thunder Racing camshaft, upgraded cylinder heads, a billet pulley assembly, an aluminum radiator, and a dual exhaust system. The engine is said to have been installed under previous ownership and dynamometer graphs from 2016 show an output of as much as 319 HP and 329 lb-ft of torque. The rear wheels are driven by way of a Tremec T-56 6-speed transmission with a hydraulic clutch and a 3:70 Positraction rear end. The suspension has been upgraded with Bilstein dampers, while braking is handled by upgraded front calipers, drilled and slotted rotors, stainless steel lines, and a Wilwood master cylinder. A Borgeson power steering system has also been retrofitted. The seller reports regular oil changes have been carried out under current ownership. 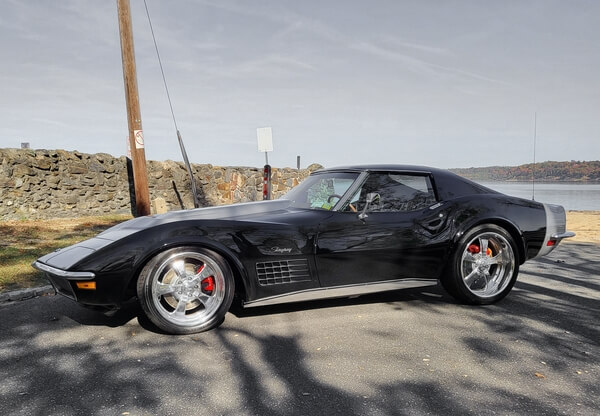