We are pleased to present this exceptional 1970 Porsche 911E Targa finished in Conda Green over a black leatherette and Houndstooth interior.  This example is reported to have been under the long-term ownership of a PCA member in the United States before being acquired by an individual in Mexico City.  In 2018 during its time in Mexico, this Targa was fully disassembled and subjected to a complete bare-metal restoration over the course of 17 months and at a reported cost of $228k.  Upon the completion of the restoration in January of 2020, this 911E was imported to San Antonio, Texas where it remained in the owner’s private facility before being acquired by the seller in September of 2020.  A truly impeccable number’s matching example presented in a masterfully restored state, this 911E Targa is now being offered by its seller in California complete with original manuals, restoration documents, and historical records nearly dating back to the original purchase. 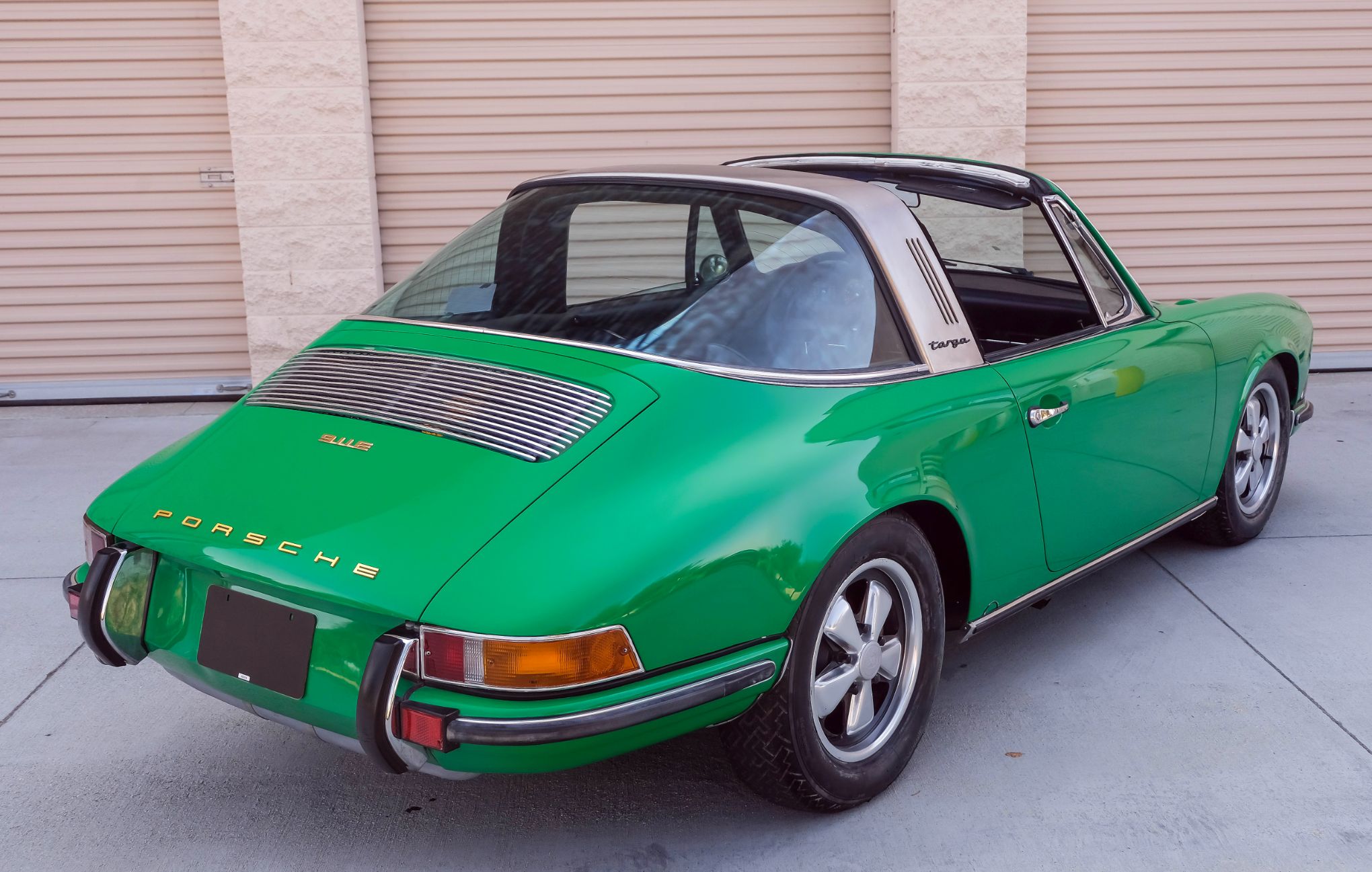 For collectors today, the Conda Green (222) finish on this example remains one of the most desirable shades of green of the long-hood era.  It was offered on 911 models between the years 1970-1972. Beginning in February of 2018, this Targa was dissembled and stripped down to bare metal before being completely refinsihed in its factory original color.  In addition to its iconic brushed silver Targa bar and wrapround rear glass, this 911E features painted Cibie fog lights added to the hood and genuine Fuchs wheels.  The car is described to be in immaculate concours-condition. 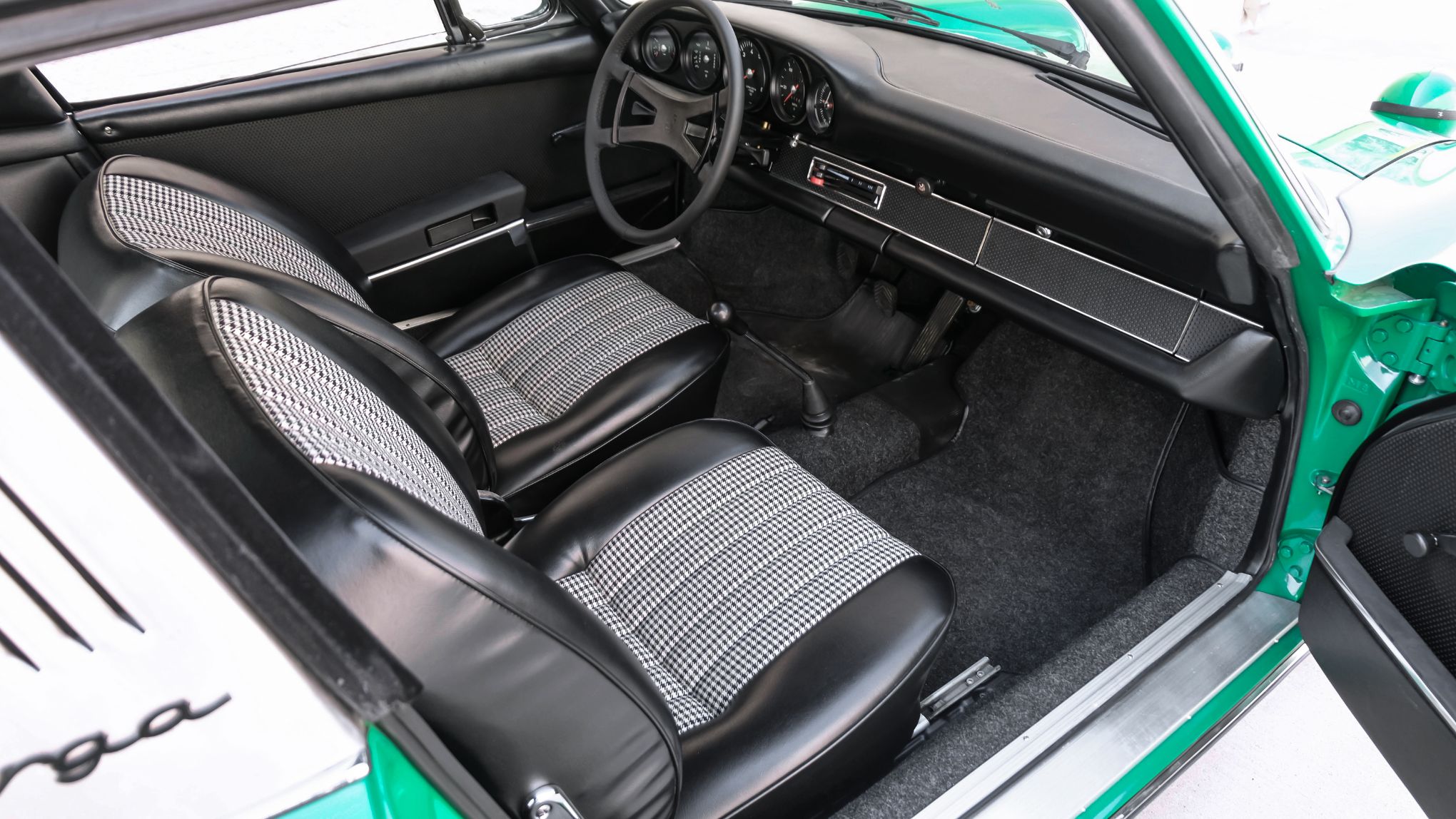 Inside, the interior was reupholstered in its correct black vinyl material with Houndstooth fabric front seats inserts.  The cabin is noted have been restored to like-new standards with all gauges and accessories working properly.  The Certificate of Authenticity lists U.S Market Equipment and Tinted Glass All-Around, as well as a rear window wiper which is reported by the seller to have most likely been a typo.  Approximately 23k miles are shown on the 5-digit odometer, of which only 25 are said to have been driven since the restoration.

As part of a complete mechanical overhaul, the 2.2 L flat-six engine (no. 6201193) was rebuilt and fitted with carburetors in place of the original fuel-injection system.  Approximately 155 HP is sent to the rear wheels through a number’s matching type 911/01 5-speed manual gearbox (no. 6201193). The suspension, steering, and braking systems are also reported to have been totally restored during the restoration.  After the seller’s purchase, this 911E was brought to James Millar for a complete service and inspection at a cost of $2,600.  It was then delivered to Wayne Baker’s Personalized Autohaus for additional sorting and set up at a cost of $4,600, to ensure the highest level of operating standard for its next owner. 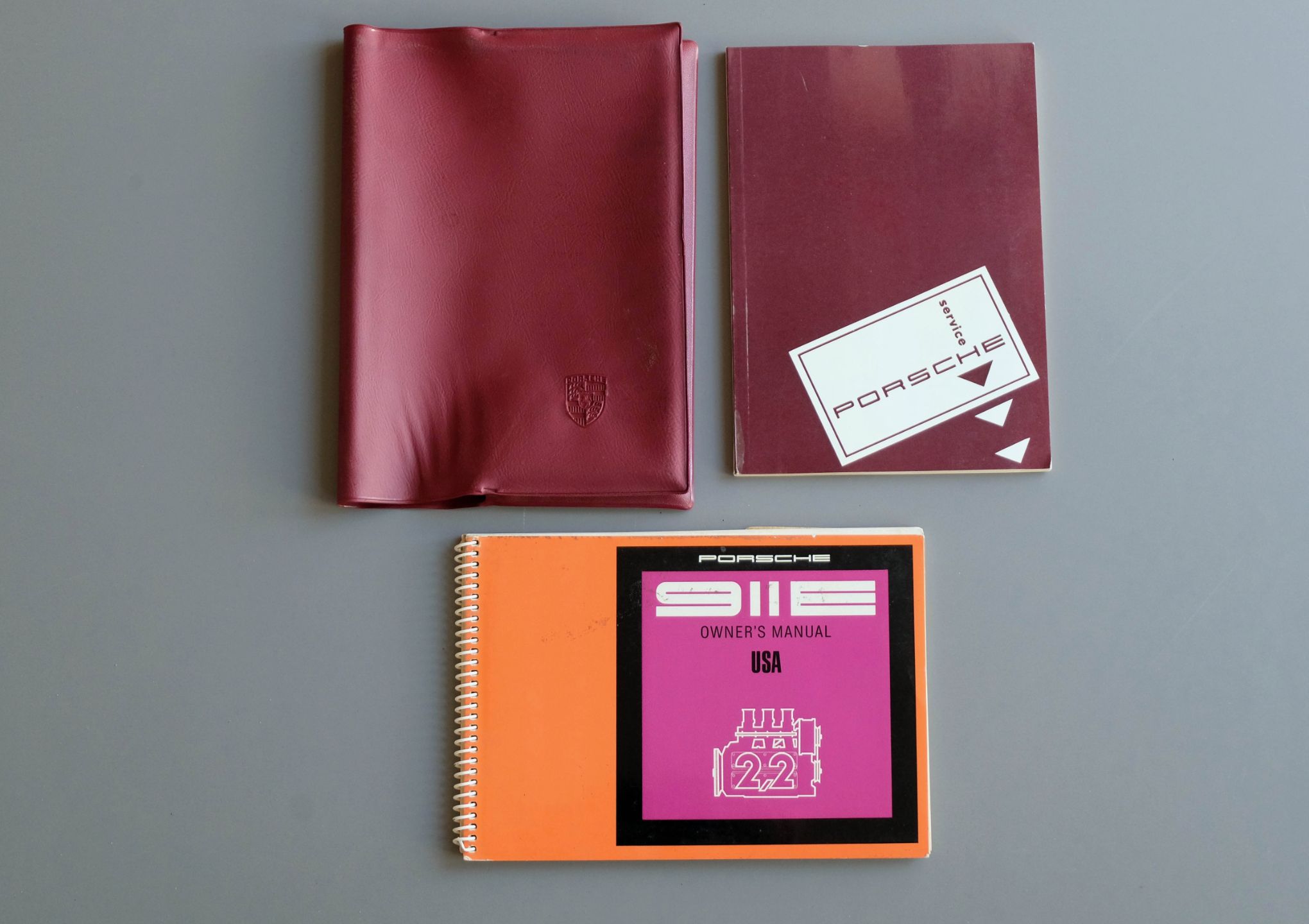 This sale will be accompanied by a set of two keys, original books and manuals, restoration documents, a clean title, historical records, and a Porsche Certificate of Authenticity. With a total of $234k invested in this multi-year restoration, this Targa makes an ideal selection for any Porsche collector or concours enthusiast.