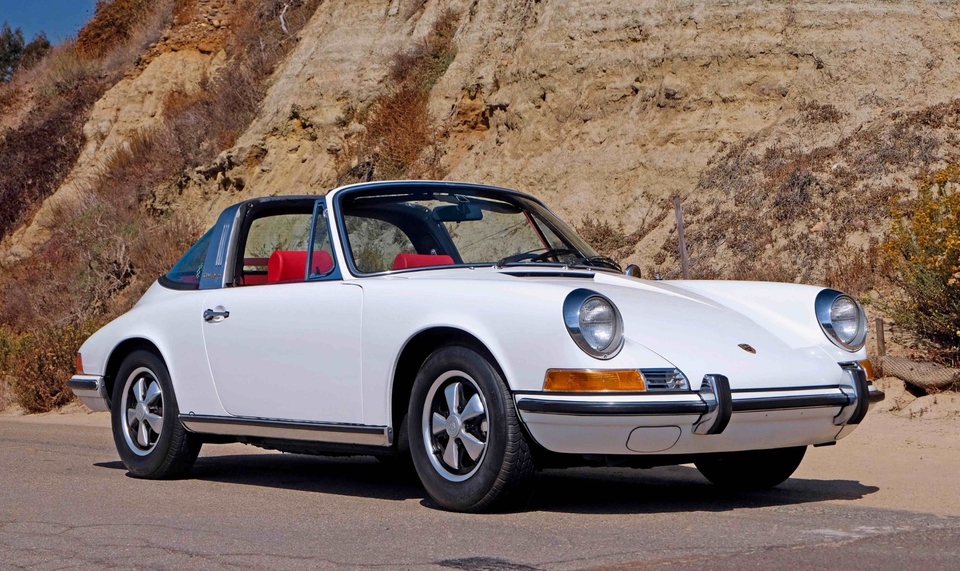 Offered for auction, is an incredibly well-presented 1970 911E Targa with long-term ownership history.  After rolling off of the assembly line in October of 1969, this 911E became the 216thexample in a total run of only 923 vehicles.  This car had been ordered on behalf of a prominent family in Mexico City and would remain in their care until they relocated to California in 2005.   Having only been driven 15,934 miles during the family’s fifty years of ownership, this Targa is now being offered for auction in an impeccably clean and original state by a dealer in southern California. 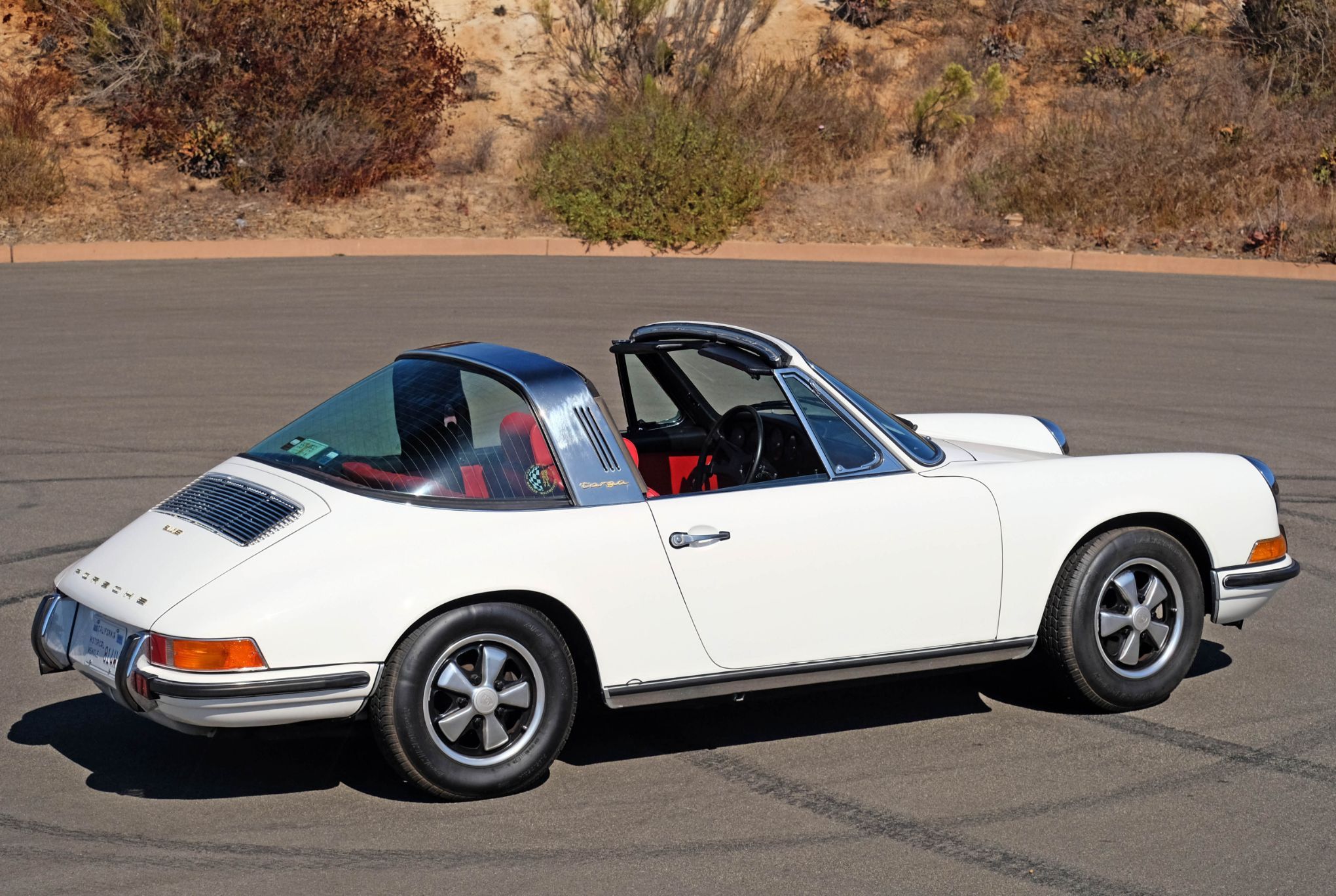 Upon arrival in the United States, this Targa was fully repainted in its original Light Ivory color.  According to the seller, this vehicle stands in near-perfect condition with the only exterior flaws noted as a small “paint star” on the front bonnet and some minor degradation on the rear rubber bumperettes.  Any imperfections present throughout this car will be depicted in the image gallery.  This particular example features factory tinted class as one of the two factory options that were outfitted.  Having seen minimal road use, it would be a safe guess that this 911E Targa is one of the best preserved examples currently on the market. 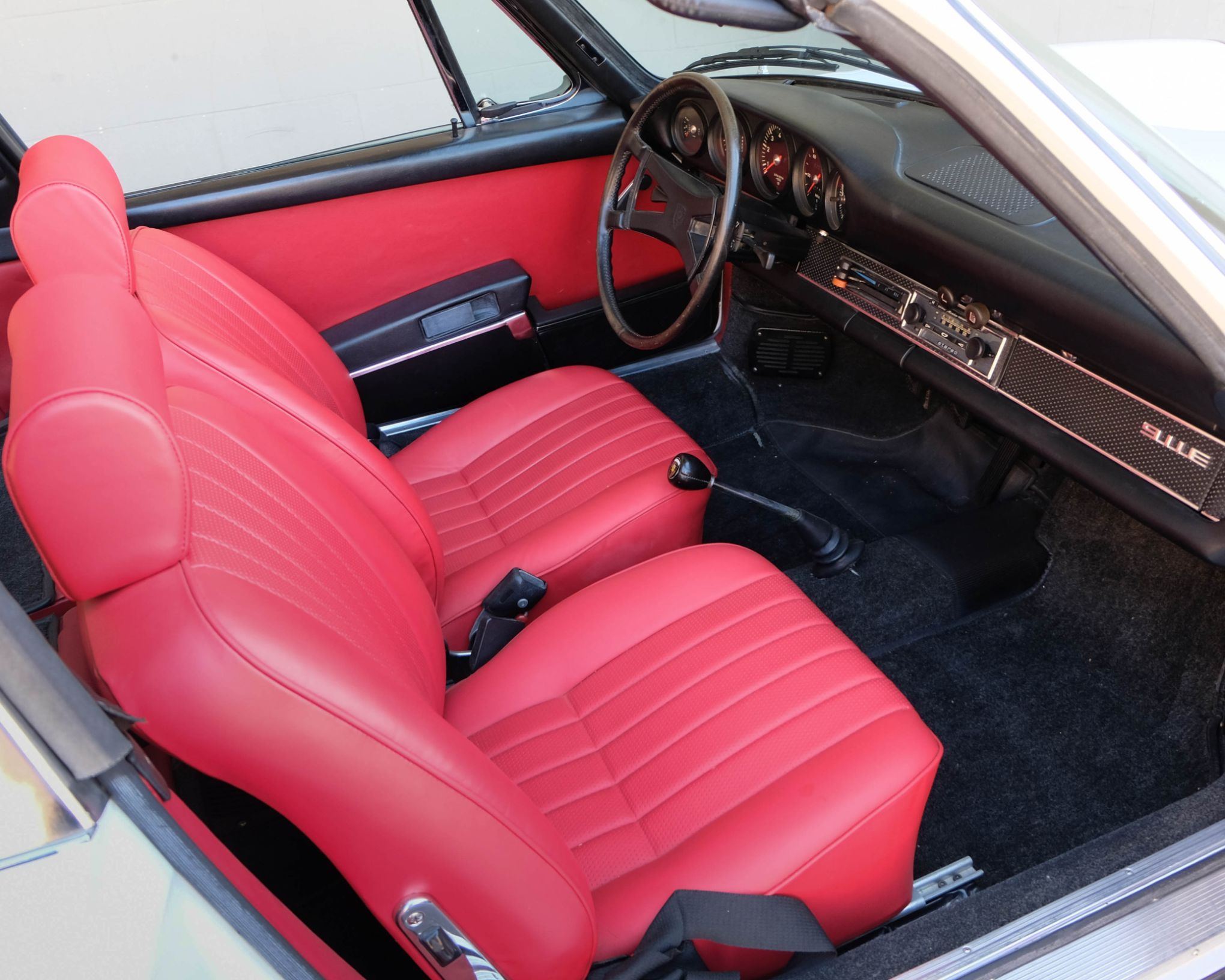 Inside, this Targa is fitted with a gorgeous period-correct red leather interior.  The seller states that this interior has undergone recent refurbishment including new seat covers and currently shows to be in excellent condition. The only flaw indicated is a small wear spot on the driver’s side carpet.  A Blaupunkt Frankfurt Stereo System is specified on this car’s build sheet, however,  the car was delivered without it (factory error) and was subsequently fitted with a Becker Mexico Cassette Stereo System by the selling dealer.  All electrical systems and accessories are reportedly fully functional at this time and there are no issues that need to be addressed according to the seller. 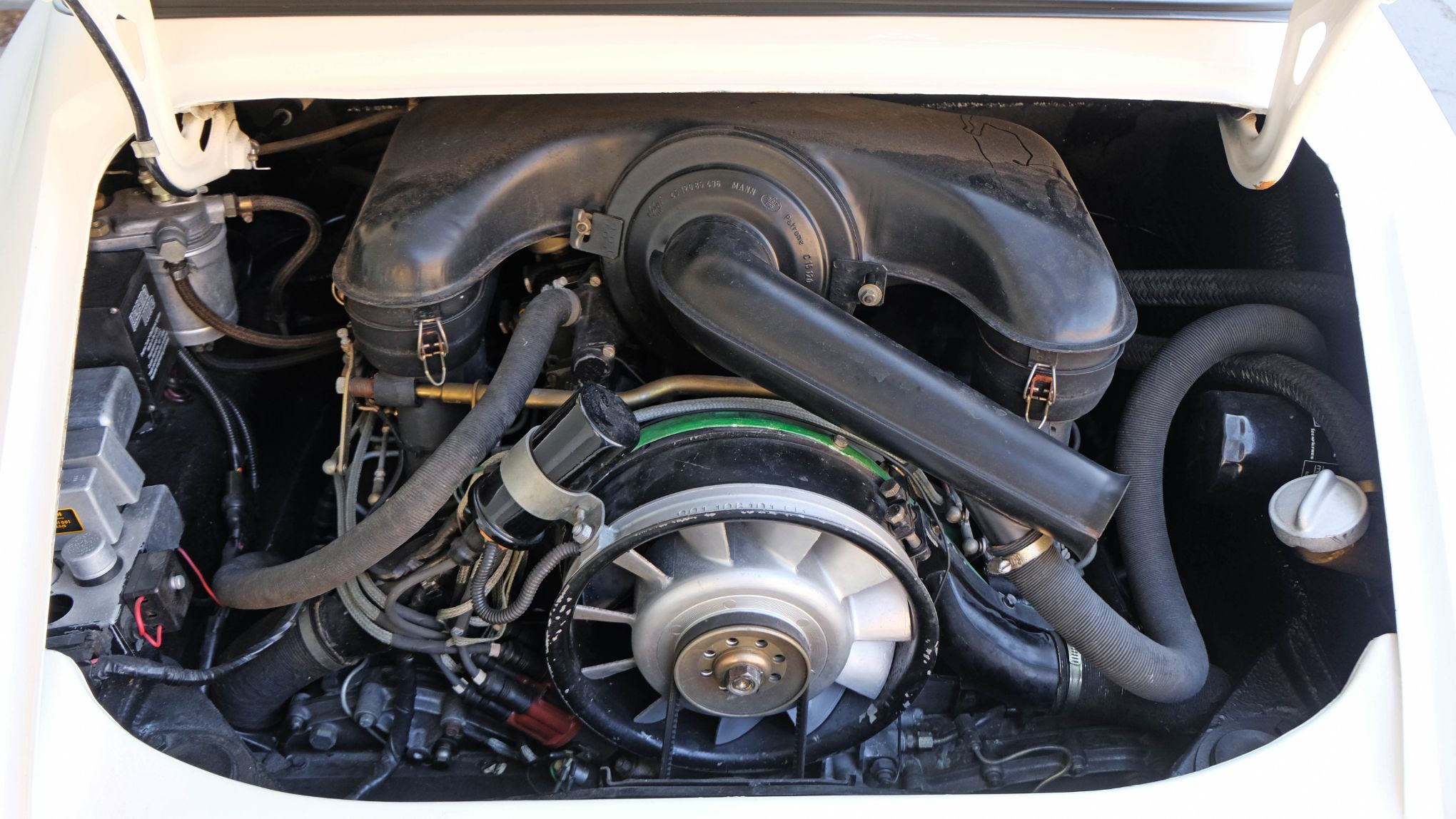 Powering this Targa is a 2.2L naturally aspirated 6-cylinder engine that sends about 155hp to the rear wheels by way of a 915 5-speed manual transmission.  The mechanical fuel injection (MFI) system used on the 911E not only allowed for more precise control and distribution of the air/fuel mixture, but helped to reduce emissions.  The 911E also featured a new high-voltage ignition system that addressed the spark plug fouling issues that plagued earlier generations.  All services and maintenance are reportedly up to date with the only non-original component being a new Pertronix ignition system.  This 911E remains fully number’s matching and accident-free. 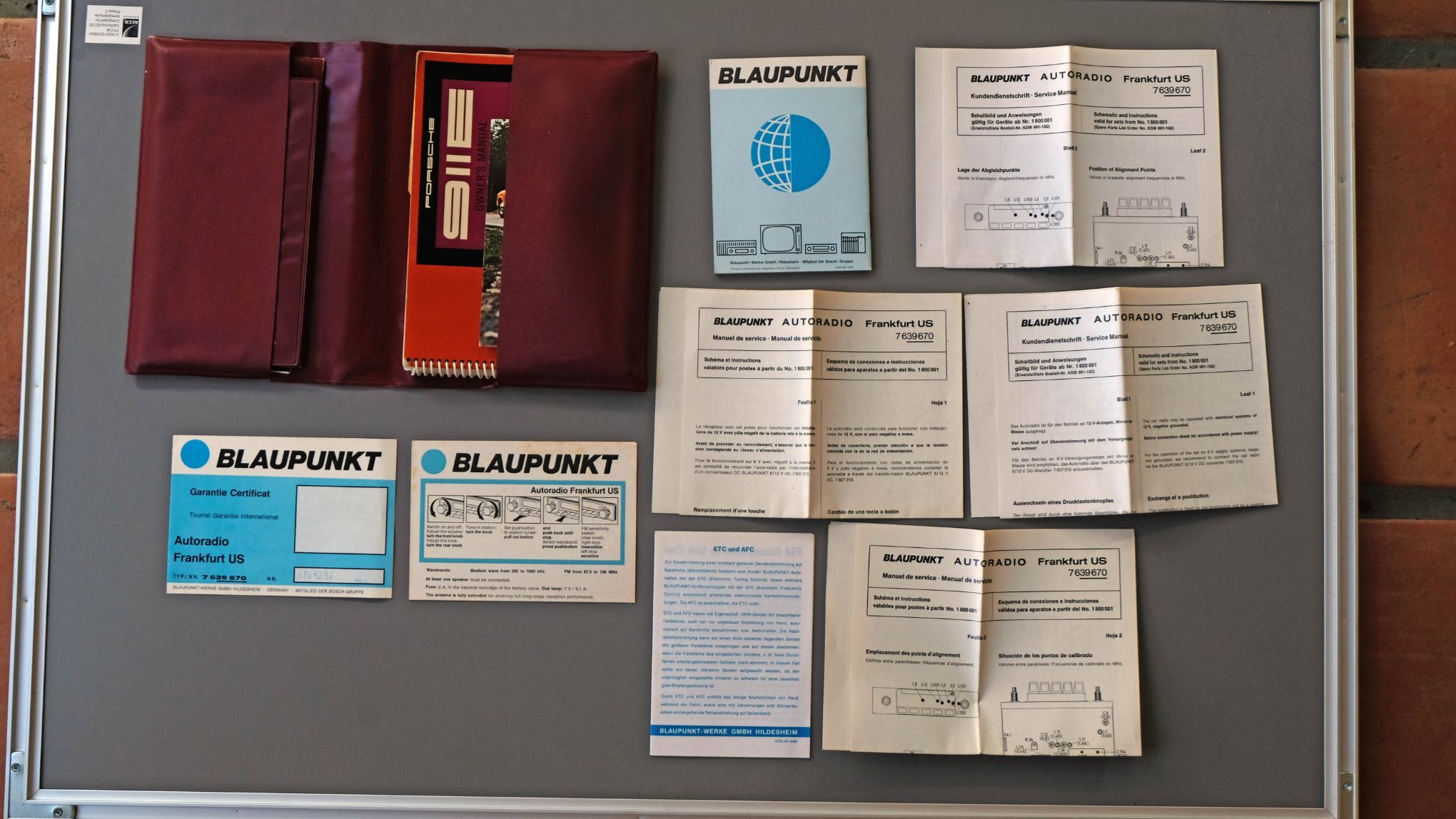 Included in the sale of this immaculate and highly original 911E Targa will be comprehensive maintenance records, a complete toolkit, jack, original owner’s manuals, warranty card and other official documentation that had come with the car.  This vehicle is offered with a clean California title and stands ready for prompt worldwide delivery.  Having been cherished by a single family since new, this is a tremendous opportunity to acquire what is likely one of the better examples on the market today.  Do not miss out on this highly original, collector-grade 911E Targa.