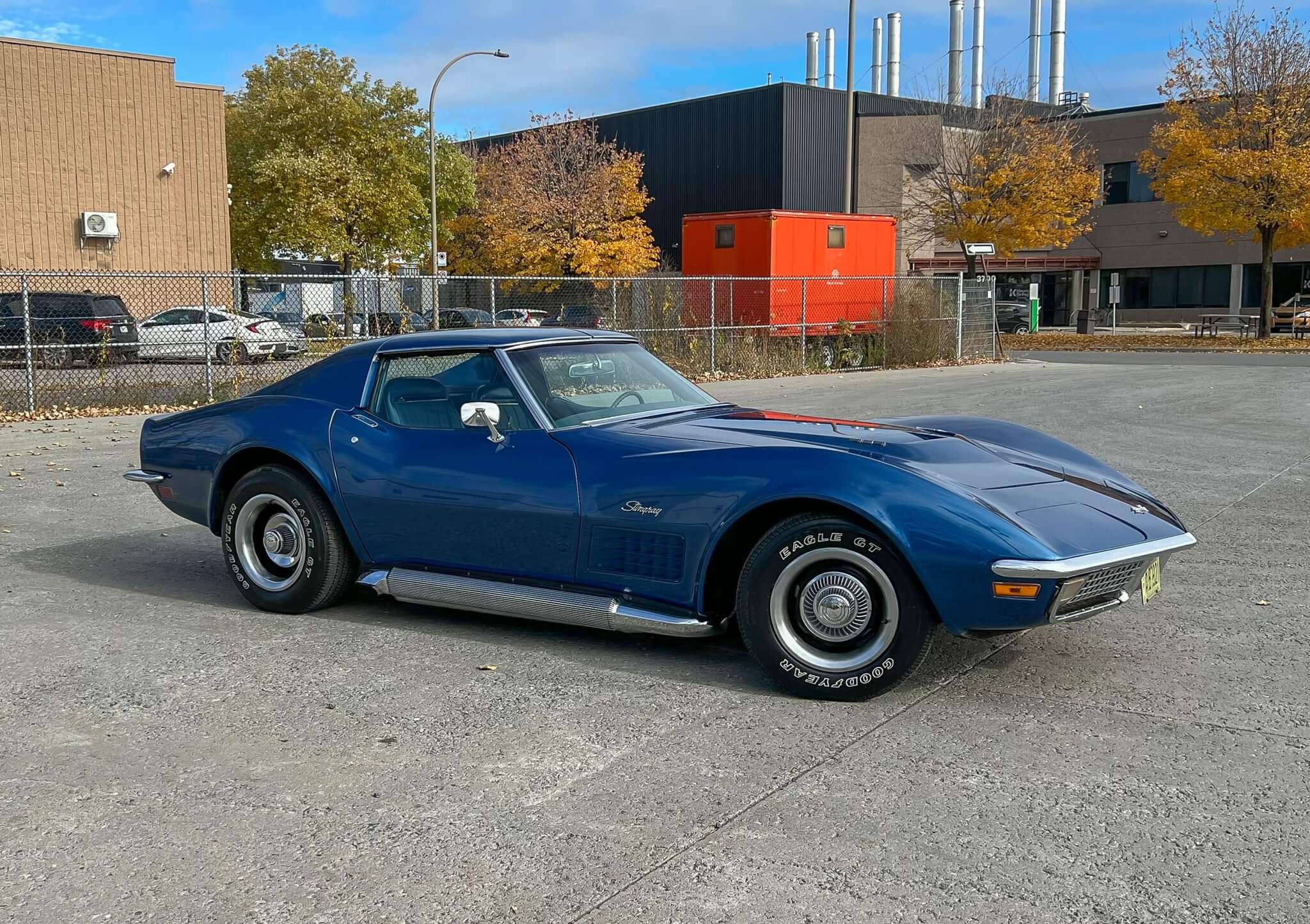 Available for auction is this 1971 Chevrolet C3 Corvette finished in Bridgehampton Blue over a Dark Blue vinyl interior. Produced from 1967 until 1982, the third-generation Corvette broke sales records for the model and was the last Corvette to use the “Stingray” name up until 2014. This 1971 example is said to have remained within the same family for approximately 30 years and comes equipped with a desirable combination of the LS5 454ci V8 and a 4-speed manual transmission. It is now being offered for auction by its seller out of Montreal, Quebec. 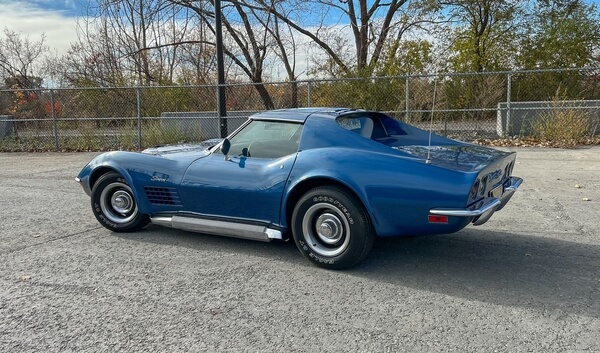 The C3 Corvette was heavily influenced by the 1965 Mako Shark II concept car designed by Larry Shinoda. This example comes finished in Bridgehampton Blue and is said to have been refinished in its original color at some point. Details include removable T-top roof panels, pop-up headlights, chrome bumpers, and side pipe exhausts. It rides on a set of 15” Rally wheels dressed in Goodyear Eagle GT tires. 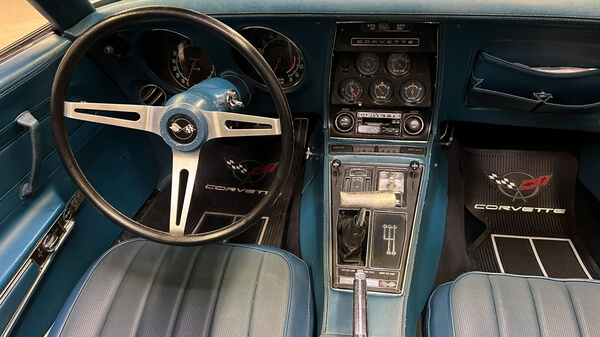 The cabin features bucket seats upholstered in Dark Blue vinyl along with a matching dashboard, door panels, and black carpeting. Amenities include air conditioning, over-shoulder seat belts, an AM/FM radio, and power windows. The seller confirms that all gauges and accessories remain functional. 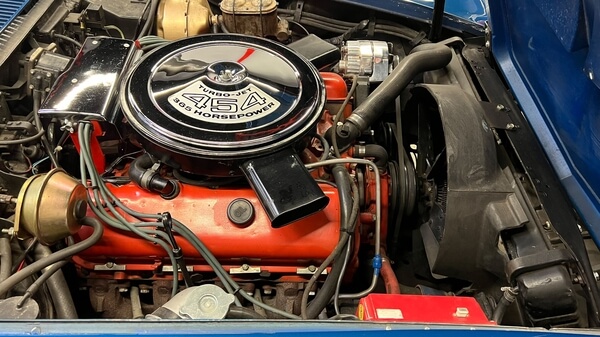 Power comes from a high-output LS5 454ci big block V8, which produced an advertised 365 HP when new. The rear wheels are driven by a 4-speed manual transmission. The C3 Corvette was equipped with fully independent suspension and four-wheel disc brakes. The seller reports no outstanding service items at this time. 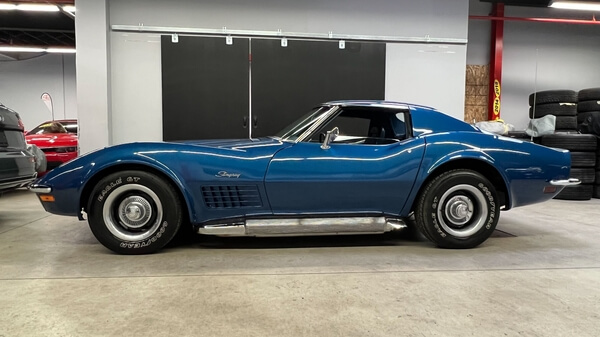