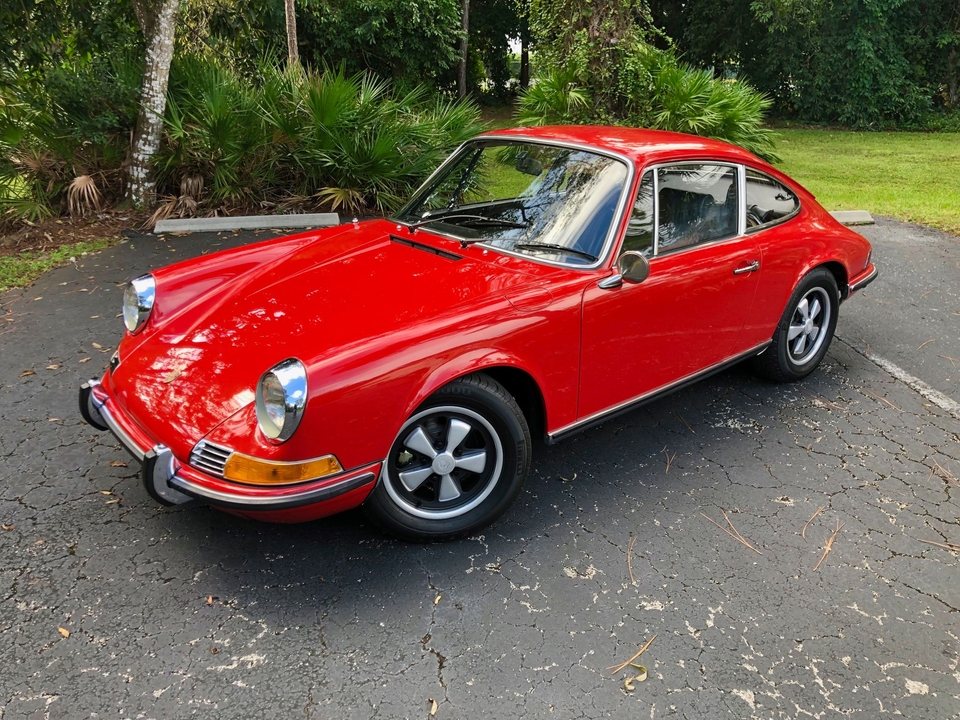 Up for auction is this highly original 1971 Porsche 911 T.  It's extensive documentation, originality, and rare color combination make this 911 a great addition for any Porsche enthusiast.  The seller states that over $45k was invested into bringing the mechanicals of this car to top-level, giving its next owner complete peace of mind.  This 1-owner prized possession was originally sold new at Picard Porsche of Rhode Island before making its way to Naples, Florida where it is currently being offered with just 65k original miles showing on the odometer. 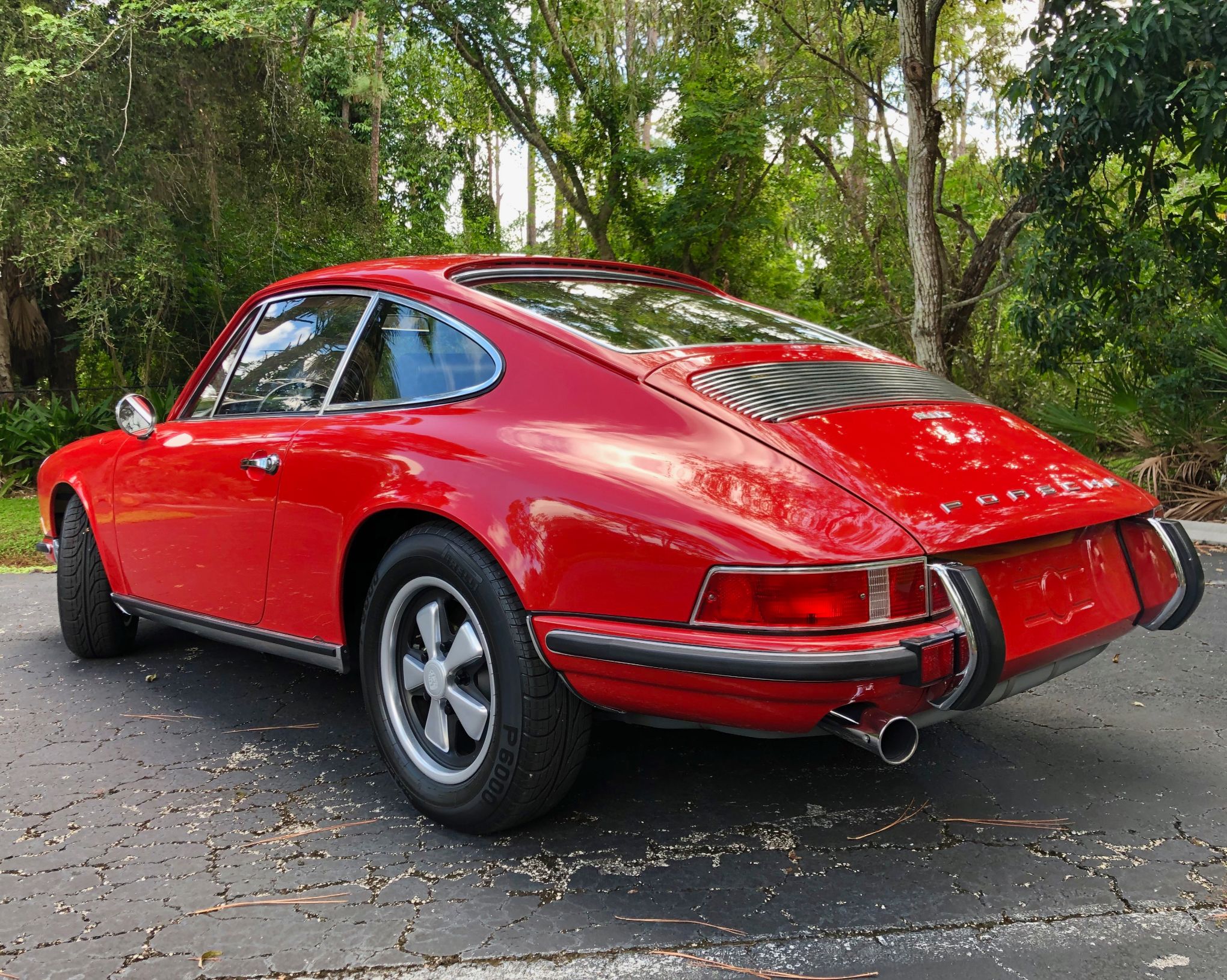 According to the seller, the rarely seen Bahia Red paint (1313) is stated to be in excellent all-original condition aside from a professional respray of the front hood and the passenger door.  In 1969, Porsche decided to upgrade the aesthetics of their 911’s by giving a wider flare on the front and rear quarter panels.  Adding to the naturally sporty look of this 911 are factory forged aluminum Fuchs wheels that wear a set of new Pirelli P6000 tires. 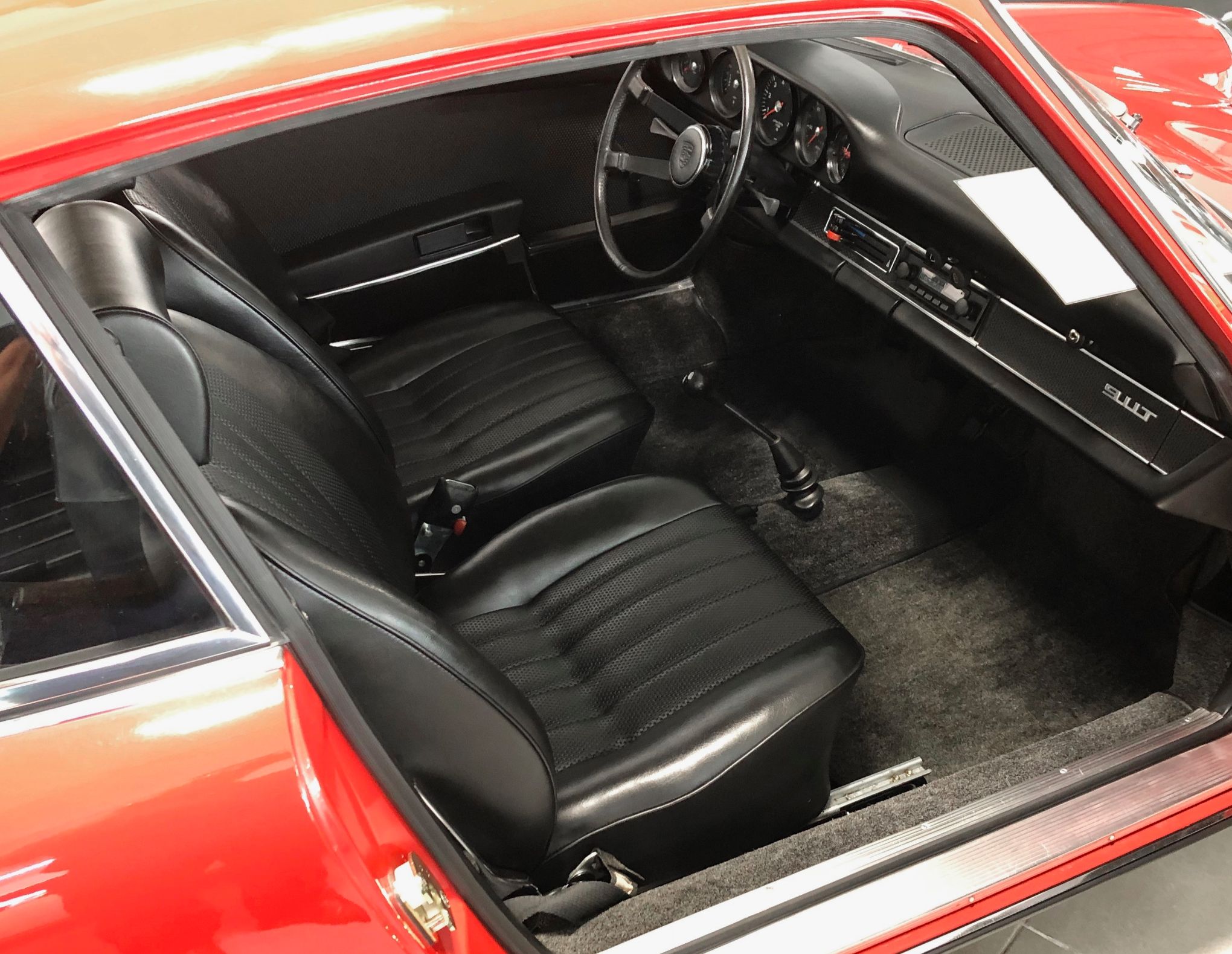 Accordingly, the contrasting Black Leatherette interior is stated to be in all-original condition including its original floor mats.  This interior shows very minimal wear, proving that this has been a well cared for vehicle throughout its life.  All electronics are stated to be in working order. 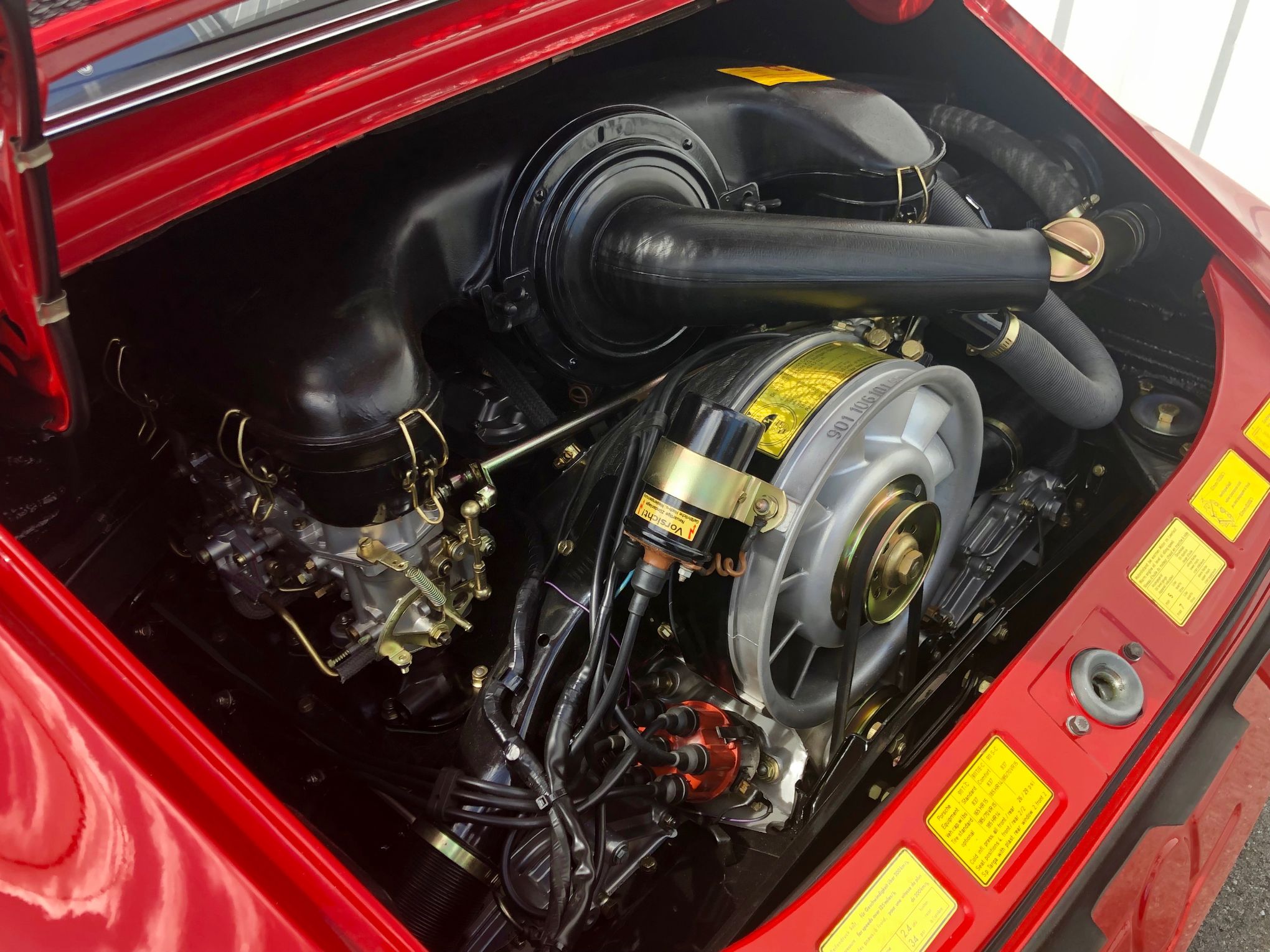 Being a 1971 model, this 911’s wheelbase is lengthened by 2.4 inches from models prior to 1969, which greatly improves the vehicles drivability.  Power comes from an original numbers matching 2.2-Liter flat-six engine that produces 125HP and is connected to a coveted 5-speed manual transaxle.  Just this year, over $45k was spent on mechanical work including the an engine re-seal, rebuilt suspension, updated braking system, and rebuilt transmission.  A full list of all work performed will be included in the photo gallery.  The seller states that the vehicle is in excellent running condition. 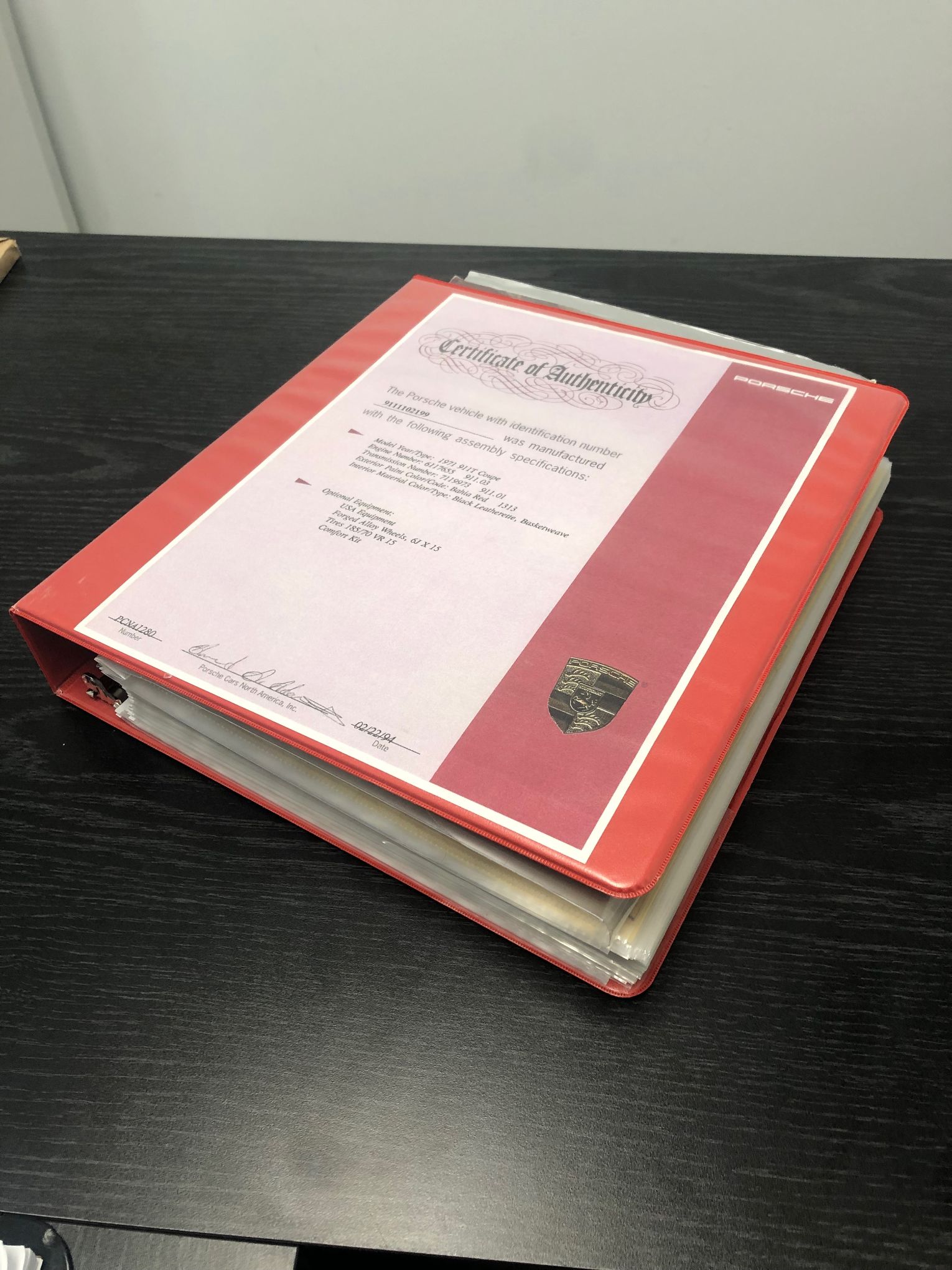 The sale will include an original window sticker, original tool kit, certificate of authenticity, extensive documentation, service records on all work performed, original books, and keys.