Now available for auction is this 1972 Alfa Romeo Montreal finished in orange over black. The Montreal was first introduced as a concept car at the 1967 International and Universal Exposition in Montreal, Quebec, where it was displayed without a model name. Dubbed “Montreal” by the public, Alfa Romeo decided to keep that name for the production version when it was introduced in 1970. Said to have spent its life in France before being acquired by a collector in Belgium, this Montreal was eventually imported to the U.S. in December of 2020. Showing approximately 22k kilometers (13k miles) on the 5-digit odometer, this Montreal is now being offered for auction by its seller out of Florida.

The bodywork of the Montreal was designed by Marcello Gandini of the Italian design firm Bertone.  Distinctive features of the Montreal include retractable grilles that cover its four headlamps, front quarter window vents, a NACA-ducted hood, and six slats behind each door that provide ventilation for the cabin. The exterior of this example was refinished in the current shade of orange at some point during previous ownership in Europe, detailed images are provided in the photo gallery.  This Montreal rides on 14” Campagnolo wheels with Alfa Romeo castings that are mounted with 195/70 Pirelli Chrono tires. 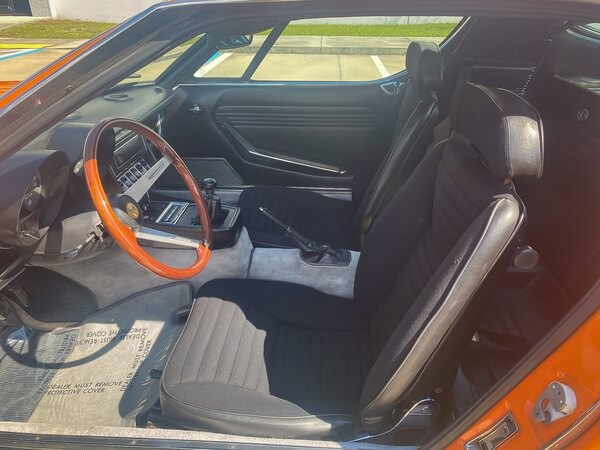 The interior features high-back bucket seats in black cloth, a folding rear bench, and grey carpeting. A three-spoke wood steering wheel sits ahead of Jaeger instrumentation, an analog clock, and additional gauges for oil temperature, coolant temperature, fuel level, and battery voltage. Switches in the center stack control the windshield wipers, horn, power windows, air conditioning, and the retractable headlight covers. The Bertone “b” logo is prominently displayed on an upholstered panel above the switches, and the car's single “Montreal” badge is located above the ashtray. 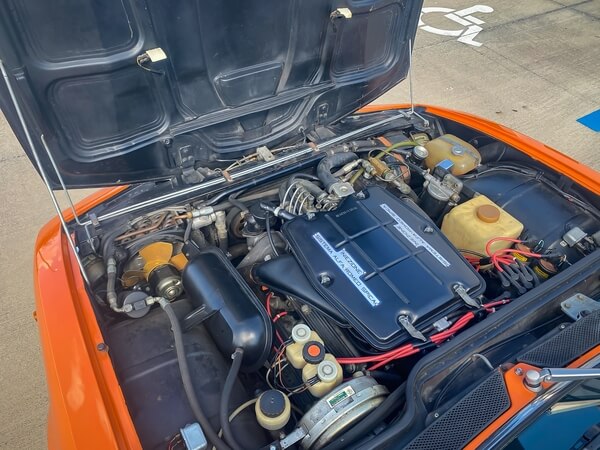 The Montreal is powered by a 2.6L quad-cam V8 engine featuring SPICA fuel injection and dry-sump lubrication. As much as 227 HP and 199 lb.-ft of torque are fed to the rear wheels through a 5-speed transmission. Offering impressive performance figures for its time, the Montreal could reach 60 MPH in less than 8 seconds and has a claimed top speed of 137 MPH. The engine is derived from the 2.0L V8 used in the Alfa 33 Stradale, one of the world’s first supercars. The chassis and running gear were borrowed from the Giulia GTV coupe, which featured double wishbone suspension with coil springs and dampers in the front, and a live axle in the rear. 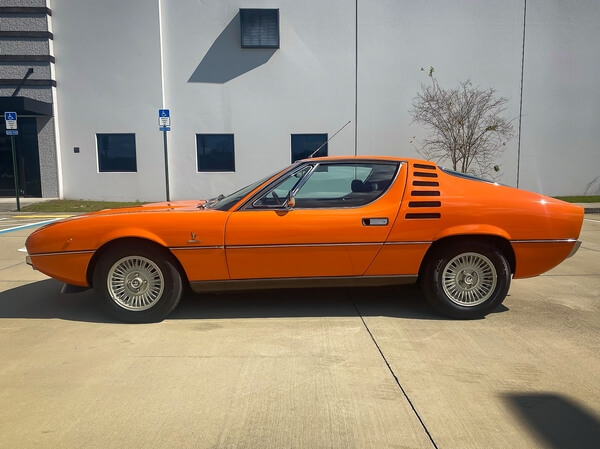 This sale will include a clean title. An increasingly desirable collector’s item, this Alfa Romeo Montreal presents a great opportunity for any enthusiast of vintage Italian sports cars.