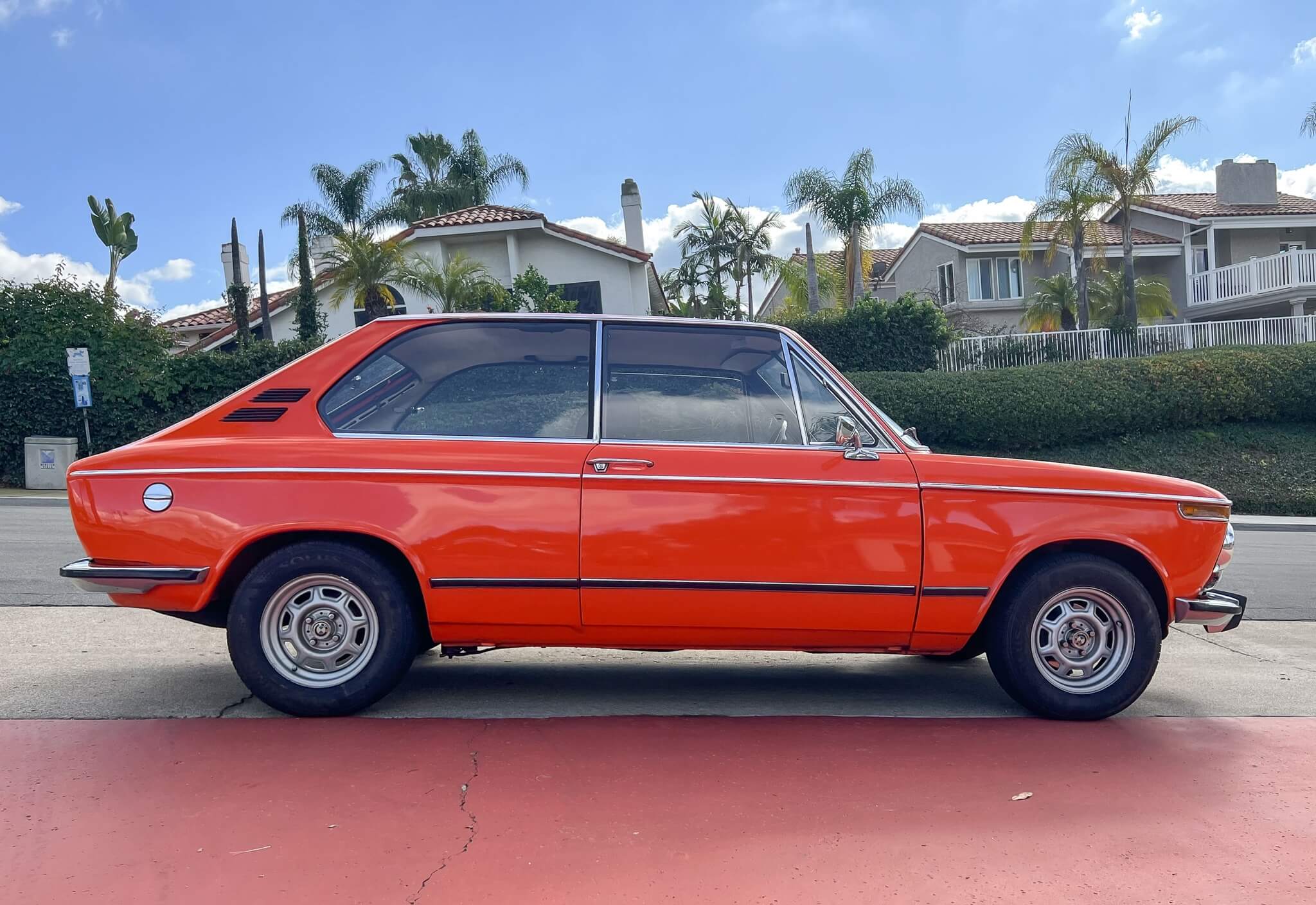 Available for auction is this 1972 BMW E6 1602 Touring finished in Inka Orange over a black cloth and vinyl interior. The BMW 1600 was introduced at the 1966 Geneva Motor Show and was available in several configurations including a hatchback Touring model which was produced between 1971 and 1972. This 1972 1602 Touring is said to have been acquired by the seller from its original owner in Germany and was subsequently imported and titled in California. 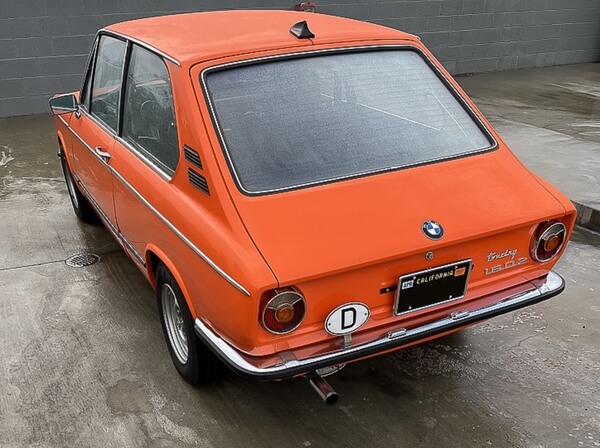 This 1602 came factory painted in Inka Orange and is said to have been refinished in 2010. The exterior shows minor imperfections throughout and the seller has provided a collection of detailed images. Features include chrome-finished front and rear bumpers, front fog lights, and 13” steel wheels with BMW center caps. The wheels are dressed in a set of Colus TA11 tires from 2020. 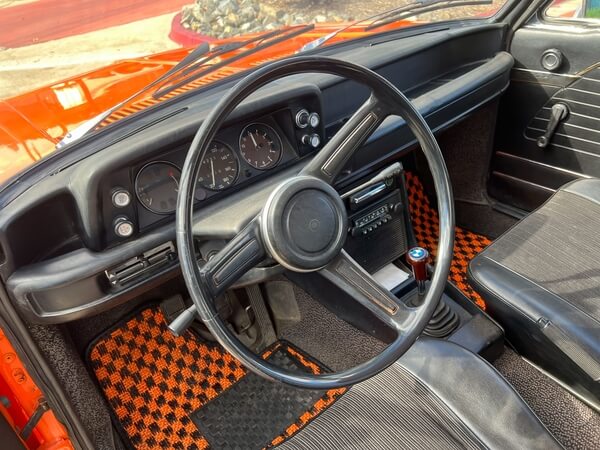 The seats are upholstered in black vinyl with cloth inserts, complemented by a matching dashboard and door panels. The cabin is said to remain original showing minor tears on the front seats and features roll-up windows, black and orange checkered floor mats, front vent windows and rear pop-out windows, a wooden shift knob, VDO instrumentation, and an AM/FM Blaupunkt Munster radio. The seller confirms that all gauges, lights, and features remain functional apart from the clock and horn which work intermittently. 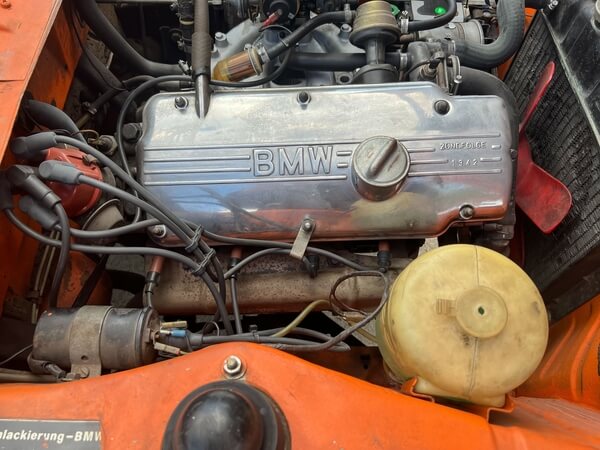 Power is provided by a M10 1.6L inline 4-cylinder engine which has been upgraded with a Weber downdraft carburetor. The rear wheels are driven by way of a 4-speed manual transmission. The seller notes that under their ownership regular service has been carried out including oil and filter changes, a tune-up, a new battery, and new tires. 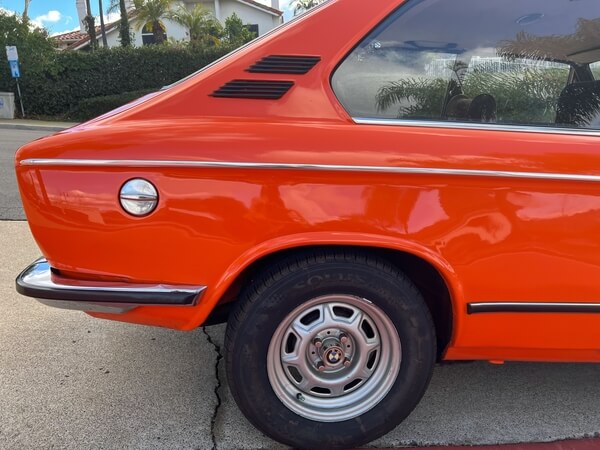