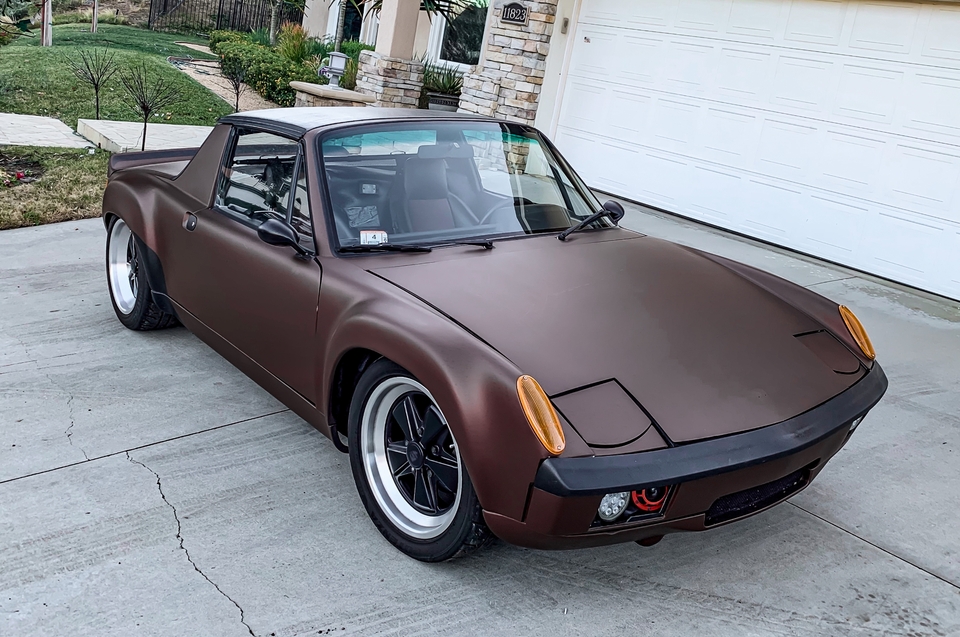 Now up for auction is this custom 1972 Porsche 914 V8 presented in a removable Chocolate Brown satin vinyl wrap over Black paint.  Reported to have been initially built by an enthusiast in Washington state before eventually being acquired by its current owner in California, this 1972 example has been outfitted with fiberglass GT-style body panels, upgraded brakes and suspension, and a powerful 215ci Buick V8 engine paired with a recently installed, custom rebuilt 4-speed manual gearbox.  With approximately 2k miles showing on the odometer believed to be reflecting the distance traveled since the initial build, this one-of-a-kind Porsche 914 is now being offered by its seller in California, accompanied by some extra parts and a clean title. 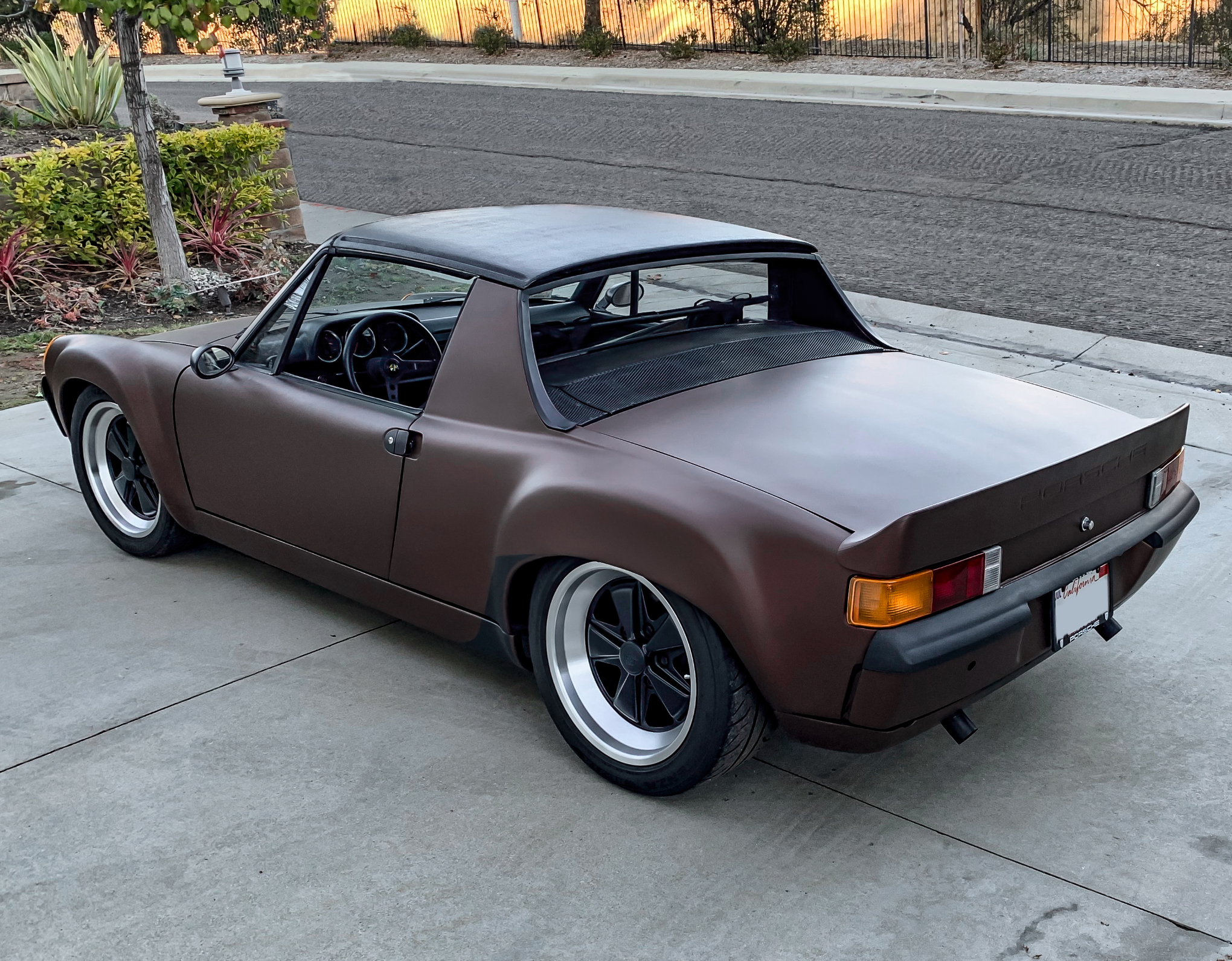 The black paint on this 914 is currently enveloped in a removable Chocolate Brown satin vinyl wrap.  TQRS fiberglass GT front fenders have been installed along with a corresponding front bumper, valence, and spoiler.  Mitcom fiberglass rear quarter panels and GT-style rockers have also been equipped in addition to 5-lug 17” Fuchs-style wheels currently dressed in Bridgestone Potenza RE-71R tires.  The fiberglass front fenders are said to have been left unpainted, the windshield trim was deleted, and the exterior trim and door handles were refinished in black.  Upgraded LED fog lights and Hella horns have also been incorporated into the front valence. 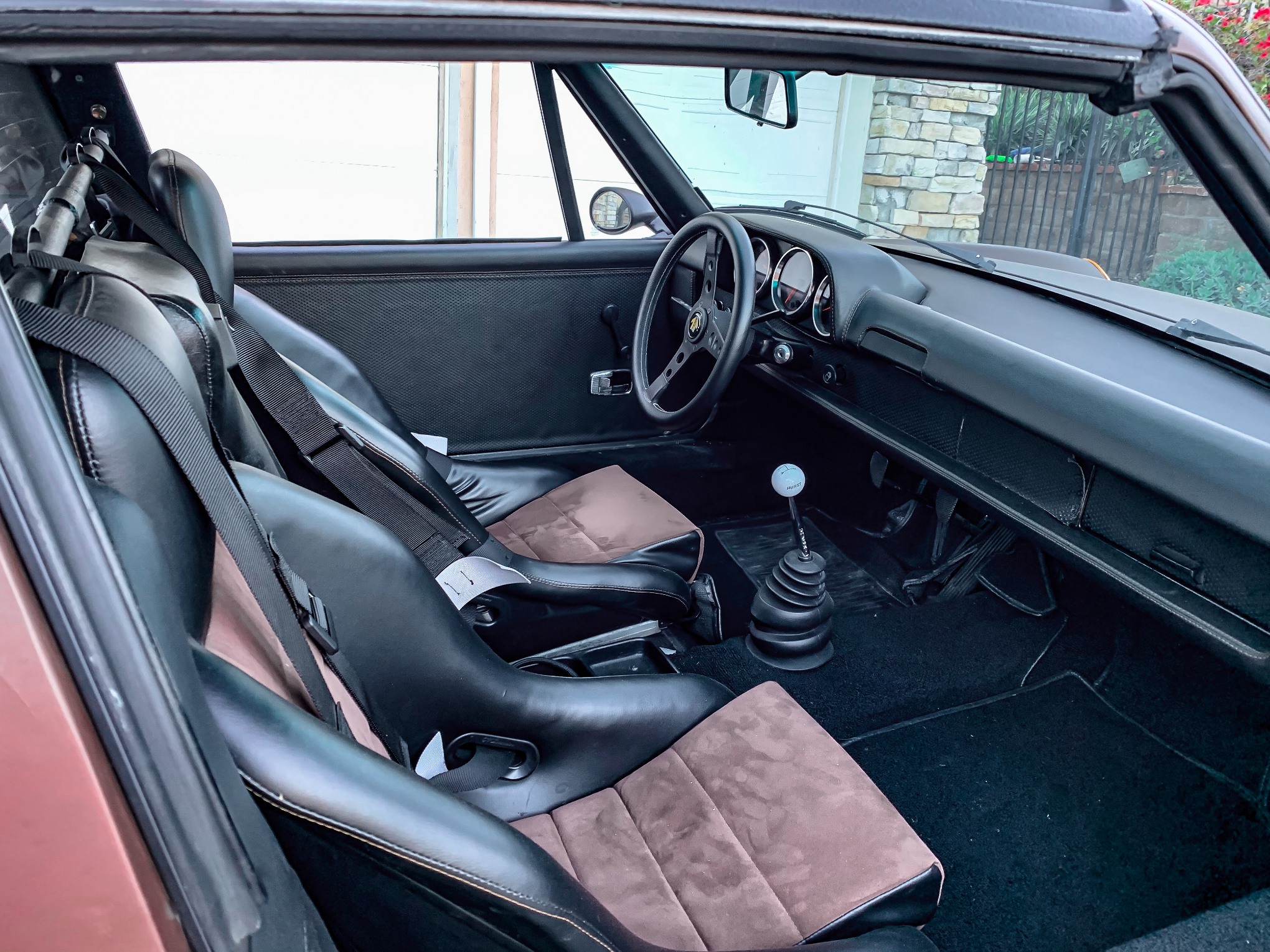 The black upholstered cabin features GTS Classics “Watkins Glen” bucket seats, a Momo Prototipo steering wheel with a quick-release hub, a radio delete, a harness bar, and new carpeting. The heater control panel and dashboard vents have been removed, and the dash and door panels have been reupholstered with matching basketweave vinyl and decorative double stitching.  A control panel for the upgraded MSD ECU is located between the seats, custom SpeedHut instrument gauges have been fitted, and the fuse blocks have been updated to a modern blade style. 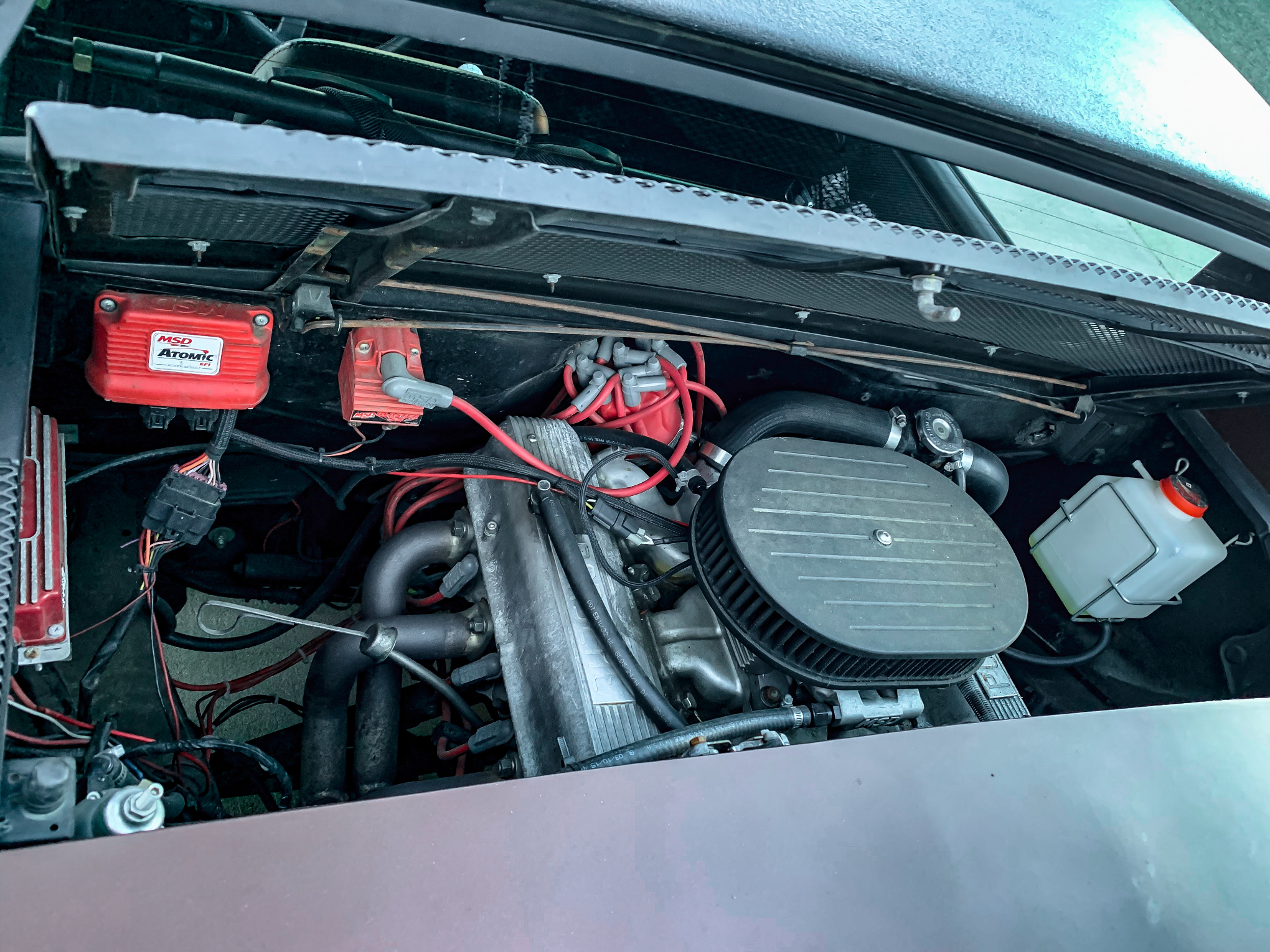 This 914 has been fitted with a fuel-injected 215ci Buick V8 engine featuring ported heads, a 3-angle valve grind, a custom ground camshaft, an Offenhauser aluminum intake, KEP 9” flywheel, a custom radiator, mid-length stainless steel headers, an MSD 6A spark box, an MSD Pro-Billet distributor, and an MSD Atomic Self Tuning EFI system with a full return-style fuel system and timing control.  The engine is paired with a custom 4-speed manual 901 gearbox that was recently rebuilt.  Other upgrades include 911SC front struts, rear Koni coilovers, an adjustable 19mm front sway bar, and Turbo tie rods.  Approximately 2k miles are believed to have been travelled since the initial build with only a few hundred miles on the rebuilt gearbox, and this 914 is said to be in strong running order. 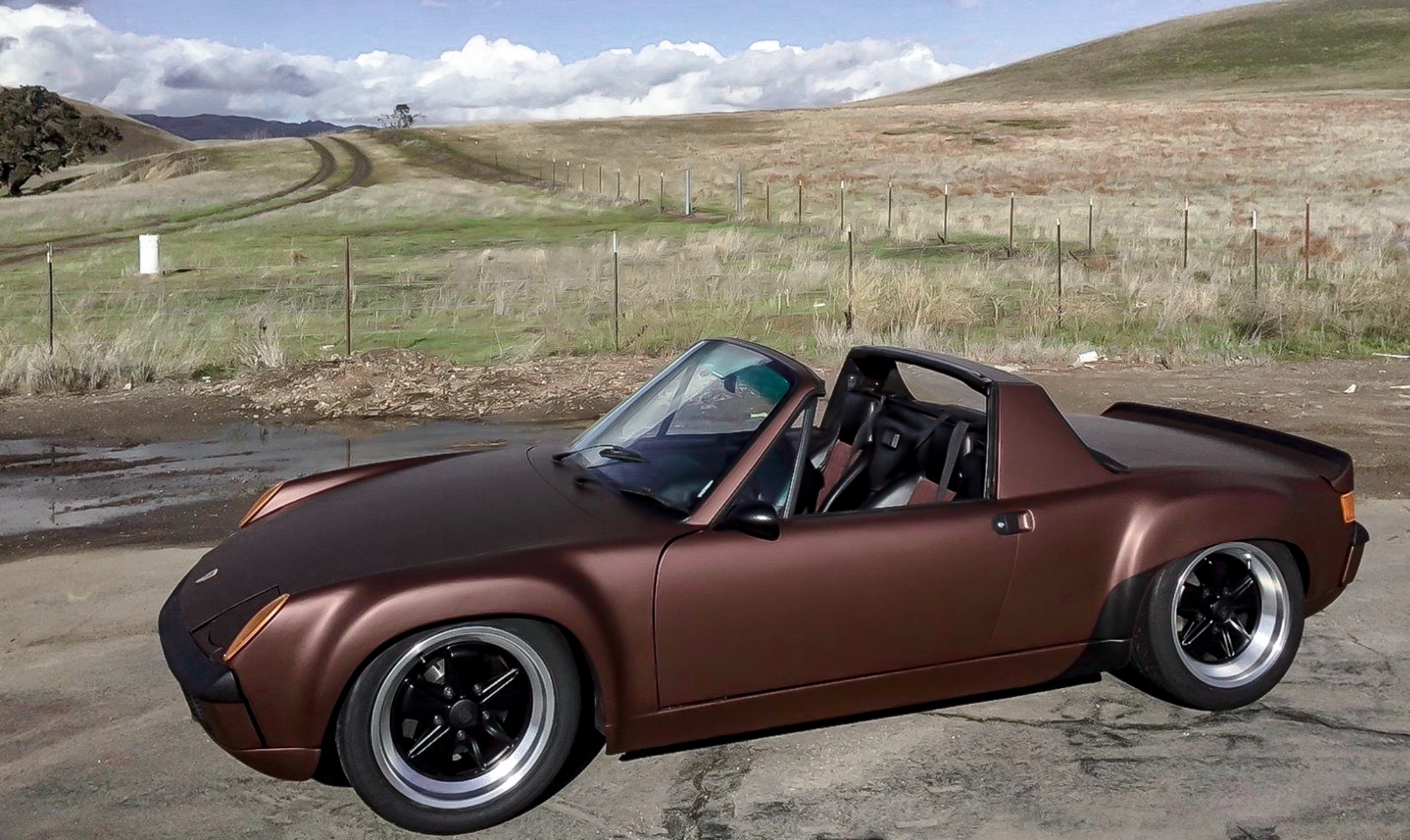 This sale will include a set of 2 keys, some assorted spare parts, a spare tire, an invoice for the gearbox rebuild, and a clean title.  Offering American muscle from a refined mid-engine Porsche, this V8-powered 914 is not to be missed.