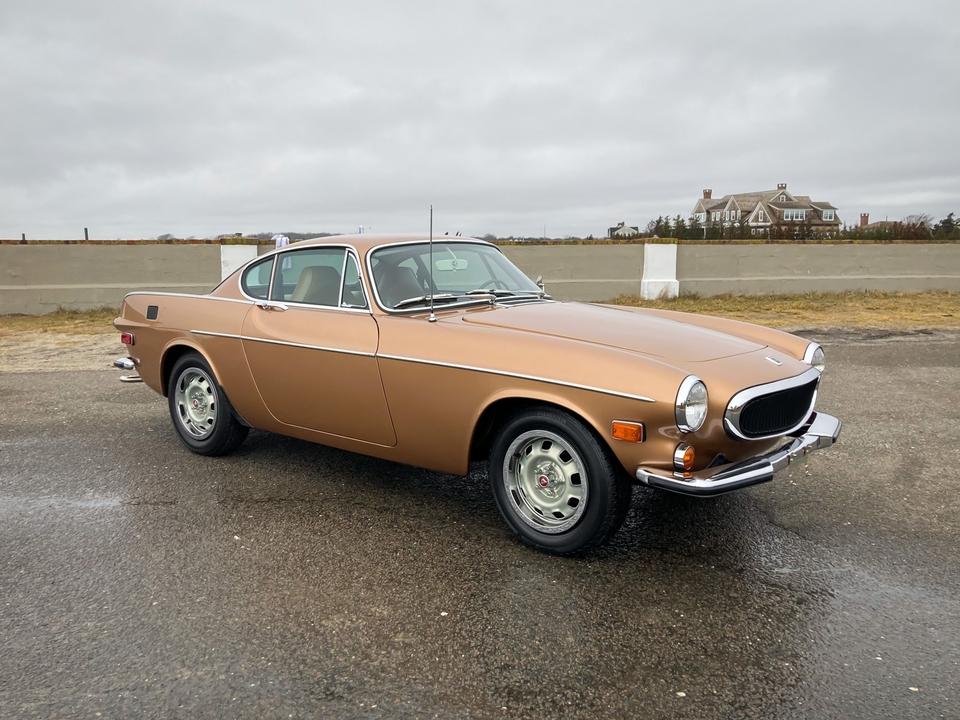 Now available for auction is this freshly restored 1972 Volvo P1800E finished in Gold Metallic over a tan leather interior.  A classic sports car famous for its reliability and Frua styling, the Volvo P1800 remains one of the most celebrated vintage collector cars on the road.  This fuel-injected 1972 "E" version is said to have been discovered in a barn at approximately 5,500 miles before recently undergoing complete restoration which is said to have totaled over $100k.  A must-have for any classic car collection, this impeccable Volvo P1800E is now being offered with just over 8k miles showing on the odometer by its seller in New York. 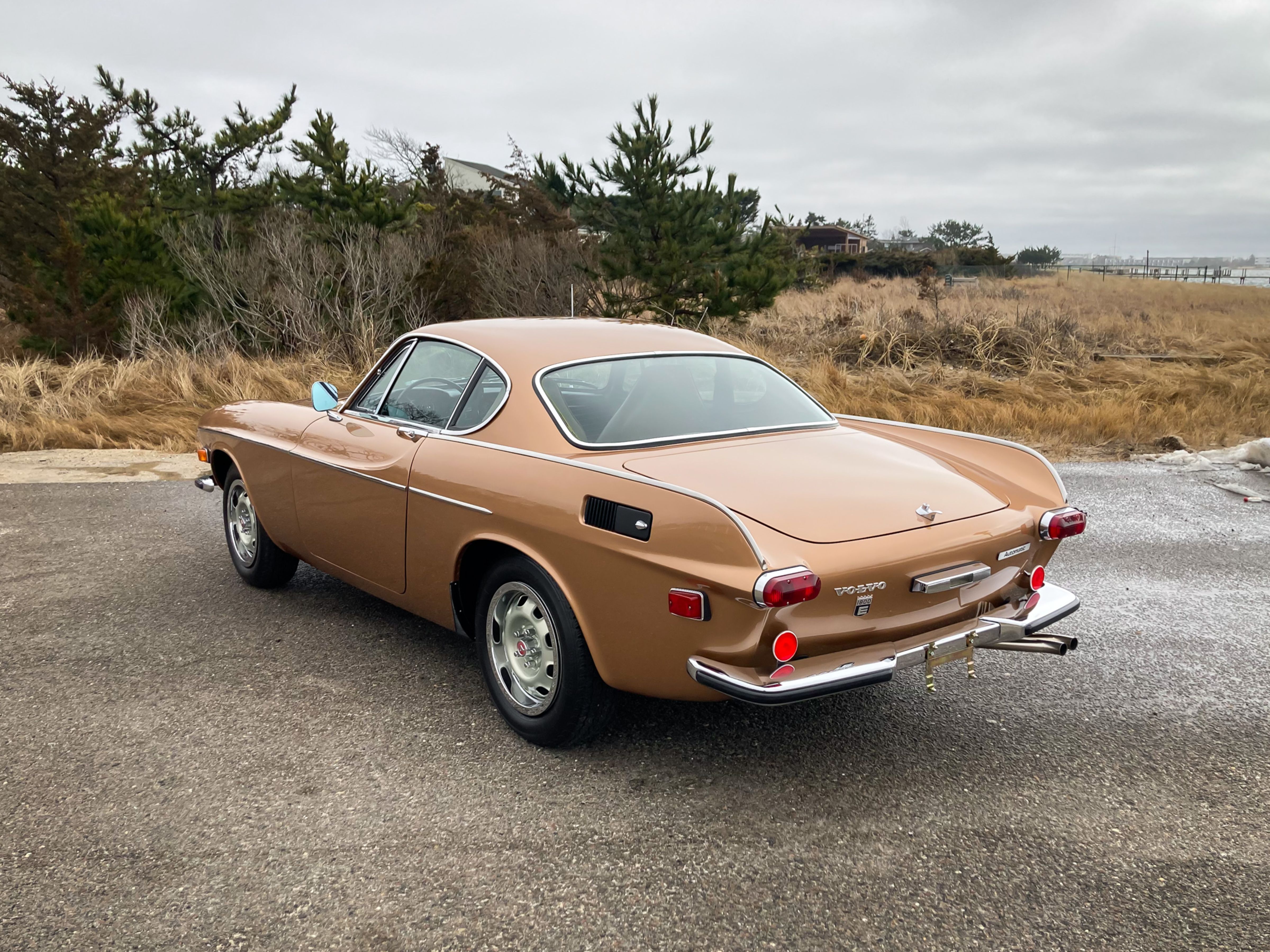 Styled by Pelle Petterson under the direction of Pietro Frua of Carrozeria Ghia, the body of this example has been recently refinished in its factory color of Gold Metallic.  The car remains original in its appearance and all exterior trim and brightwork have been refurbished to a very high standard.  This example rides on a set of 14” slotted steel wheels that feature Volvo center caps and new period-correct Vredestein tires. 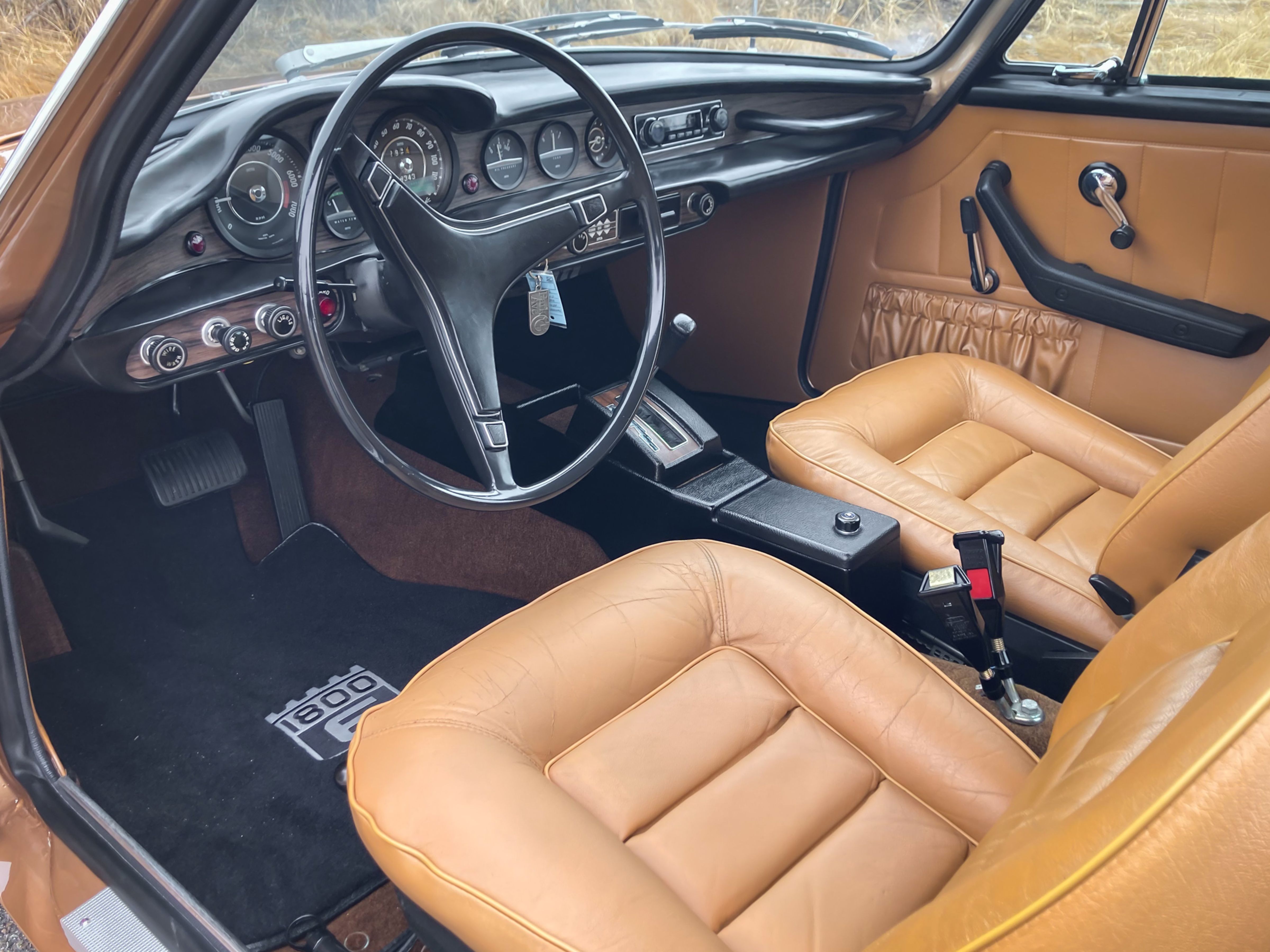 Inside, the cabin is trimmed in tan leather with a black dashboard and carpeting.  Woodgrain trim runs across the dashboard which houses analog instrumentation and an original Volvo radio.  The interior is said to have been largely restored although a few creases remain on the front seat upholstery.  All gauges and accessories are said to be working properly at this time. 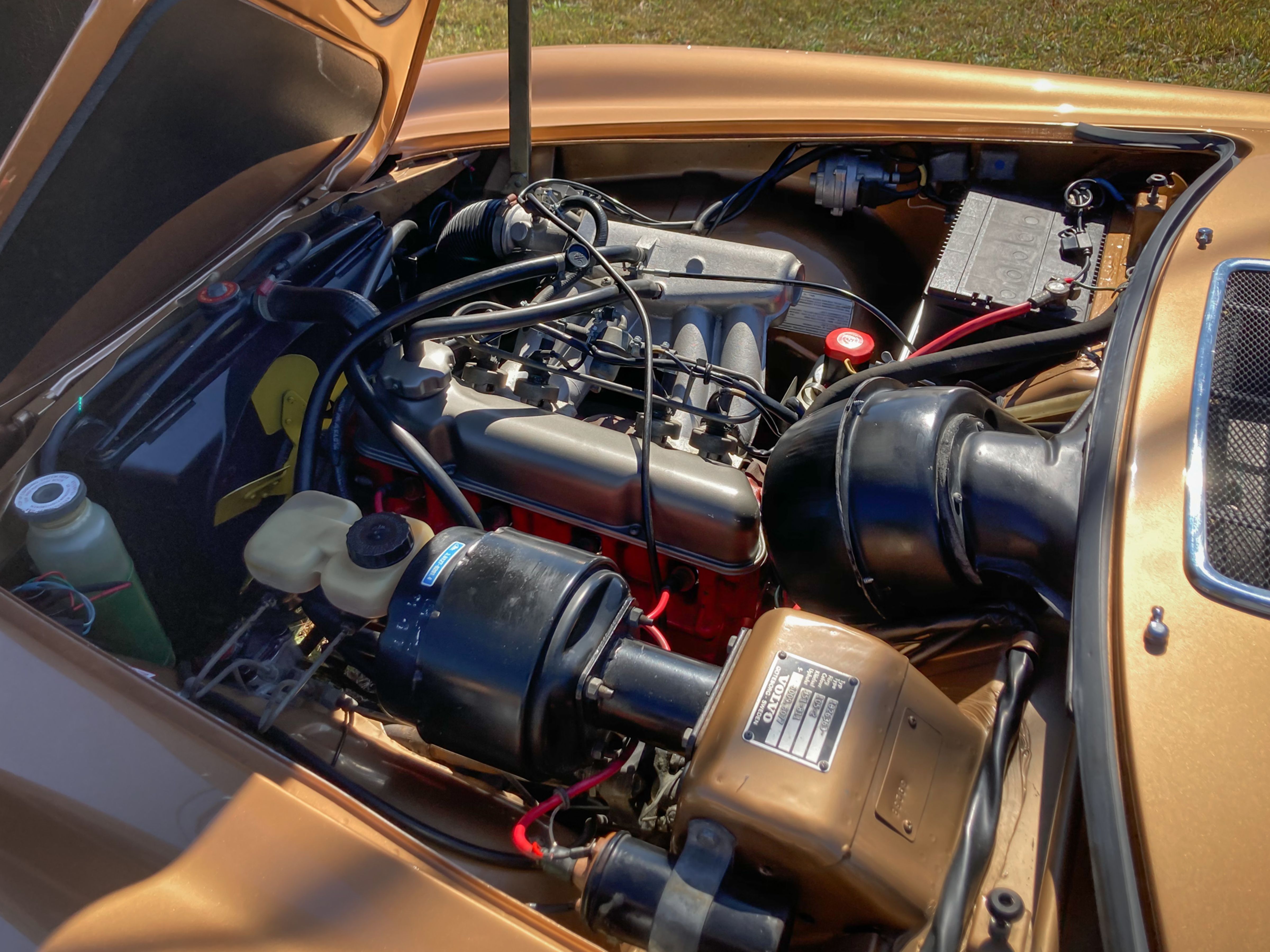 Signifying a major advancement for the P1800 model, this "E" or “Einspritzung” version was offered with Bosch D-Jetronic fuel injection and a revised camshaft that helped improve power while preserving fuel economy.  The water-cooled inline 4-cylinder engine in this example sends approximately 120 HP to the rear wheels by way of a 3-speed Borg-Warner automatic transmission.  Stopping power is handled by 4-wheel disc brakes which were first offered in 1970.  The restoration process is said to have included an overhaul of all mechanical systems and this Volvo is said to be in strong running order. Images of the underside can be found in the photo gallery. 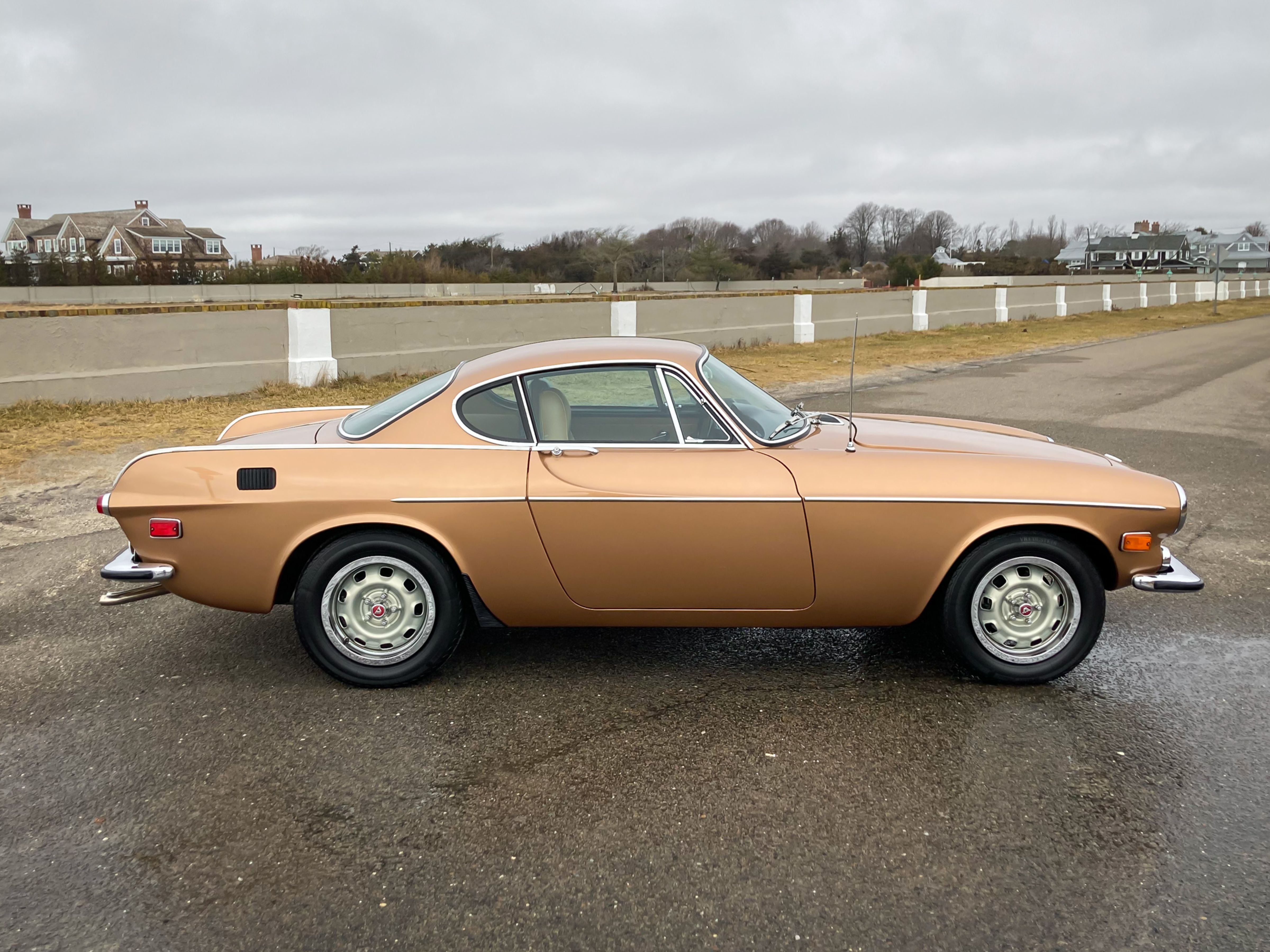 This sale will include a set of keys, a spare tire, a tool roll, the original owner's manual, and a clean title.  For any enthusiast looking to add a classic Volvo P1800 to their collection, this exceptional fuel-injected 1972 example is not to be overlooked.