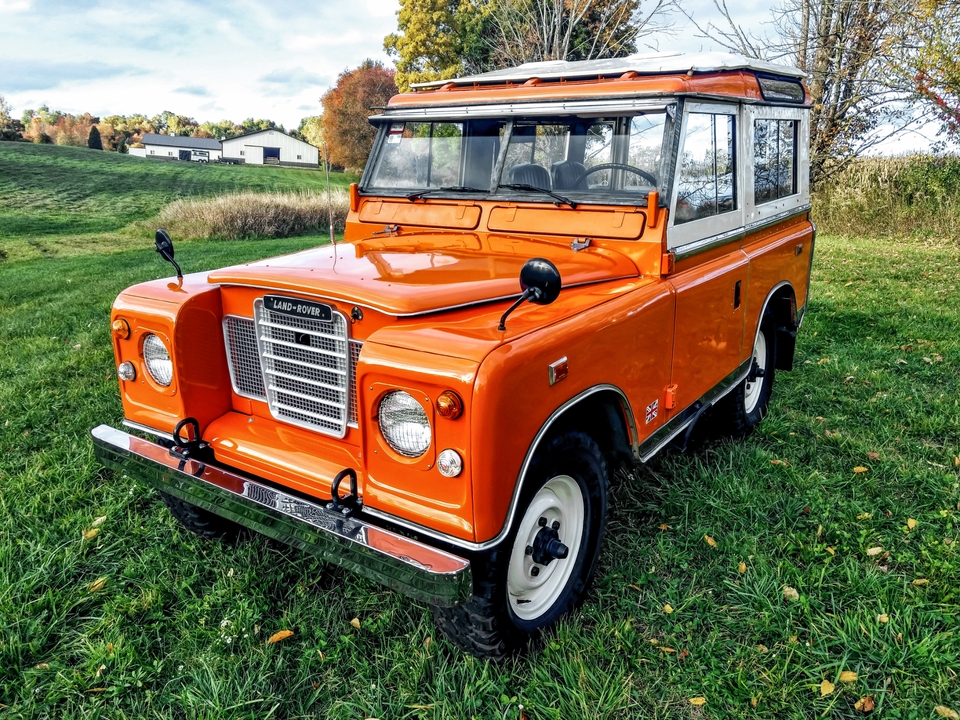 Now available for auction is this 1973 Land Rover 88 Series III SWB Diesel.  Confirmed by the British Heritage Motor Museum Archive Department as chassis number 930-00579-A, this example was shipped from the U.K. to Costa Rica in component form and assembled by Ensambladora Automotriz, S.A. for sale. This Series III remained in Costa Rica where it was said to have been used in the rainforest as an Eco Tour vehicle before being fully repainted and evetually imported to the U.S. in 2018.  It has since undergone over $15k worth of refurbishment including major mechanical work and restoration of the interior.  This iconic off-roader is now being offered by its seller in Ohio with approximately 41,900 believed to be original kilometers (26k miles) showing on the odometer. 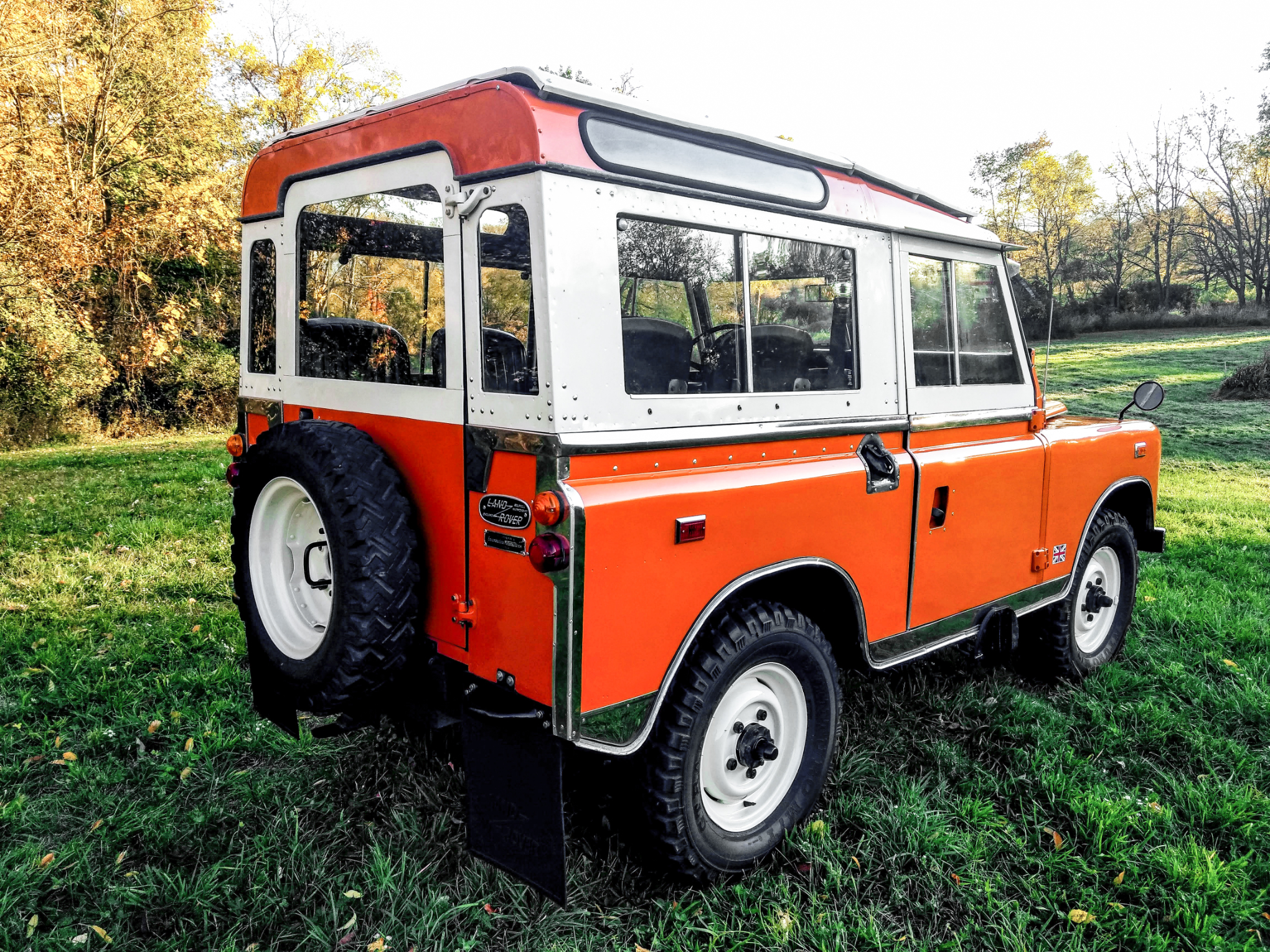 Before the seller’s purchase in 2019, this Series III is said to have been repainted in its original Orange color.  The seller is reported to have carried out a light cosmetic refurbishment of the rest of the vehicle while retaining as much of the original patina as possible (detailed images are provided in the photo gallery).  An inspection by the owner of Hight Gate Motors also found the chassis to remarkably clean, free of any signs of repair.  This short-wheelbase version features off-white painted wheels to match the factory optioned tropical roof, which are currently dressed in GT Radial Adventuro M/T tires. 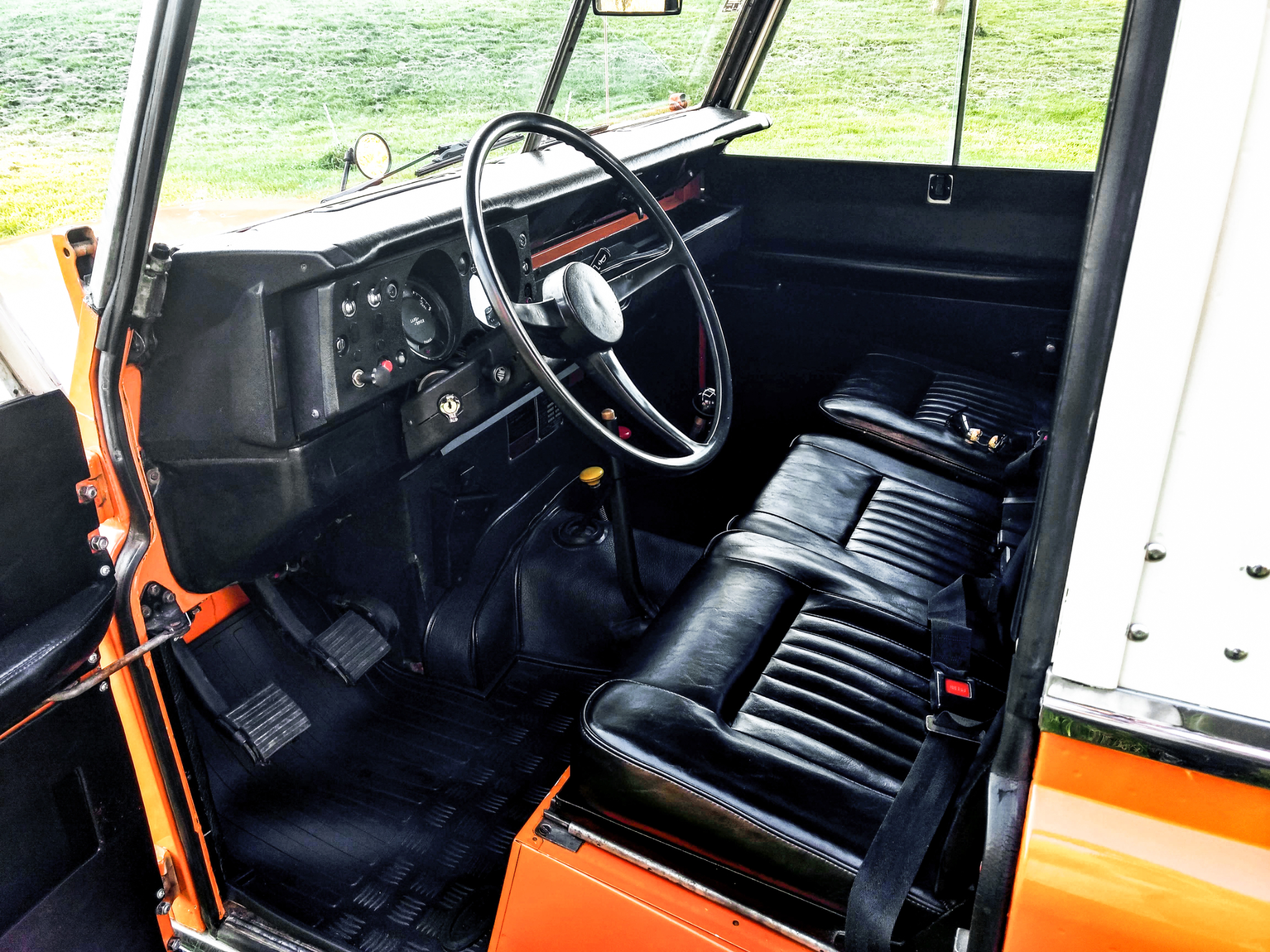 The cabin is reported to have been reupholstered with correct black vinyl before the seller’s purchase.  One of its highlights are the factory optioned military-style 2x2 rear seats.  After acquiring the vehicle, the seller replaced the headliner as well as the OEM temperature gauge, sensor, and thermostat.  The fuel gauge was also replaced, and the speedometer was rebuilt and reinstalled with a new cable. 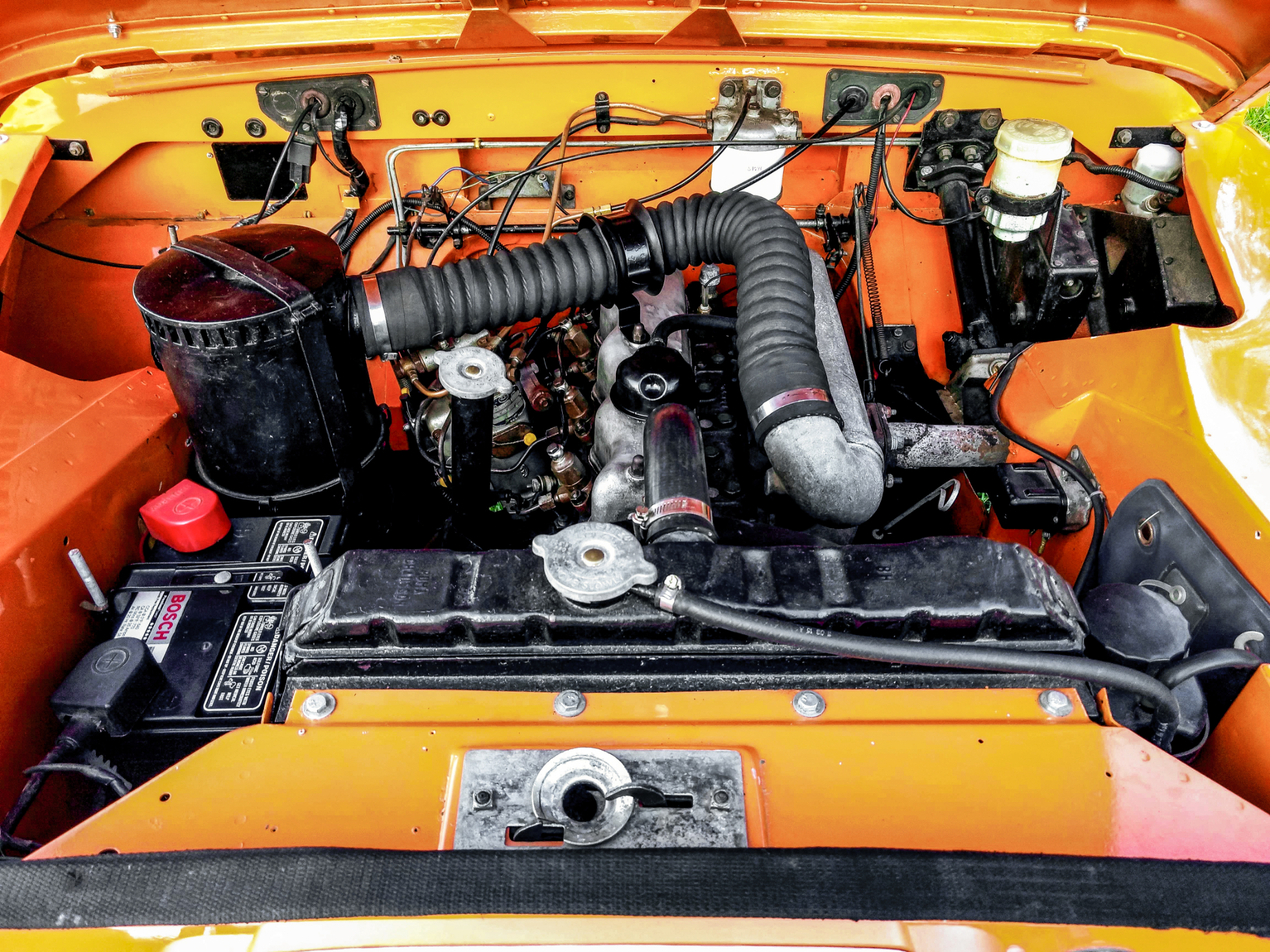 The 2.25 L inline 4-cylinder diesel engine is capable of producing 62 HP and 103 lb.-ft of torque, which is sent to all four wheels through a 4-speed manual gearbox.  The following items were replaced during the seller’s ownership as part of a major mechanical overhaul: 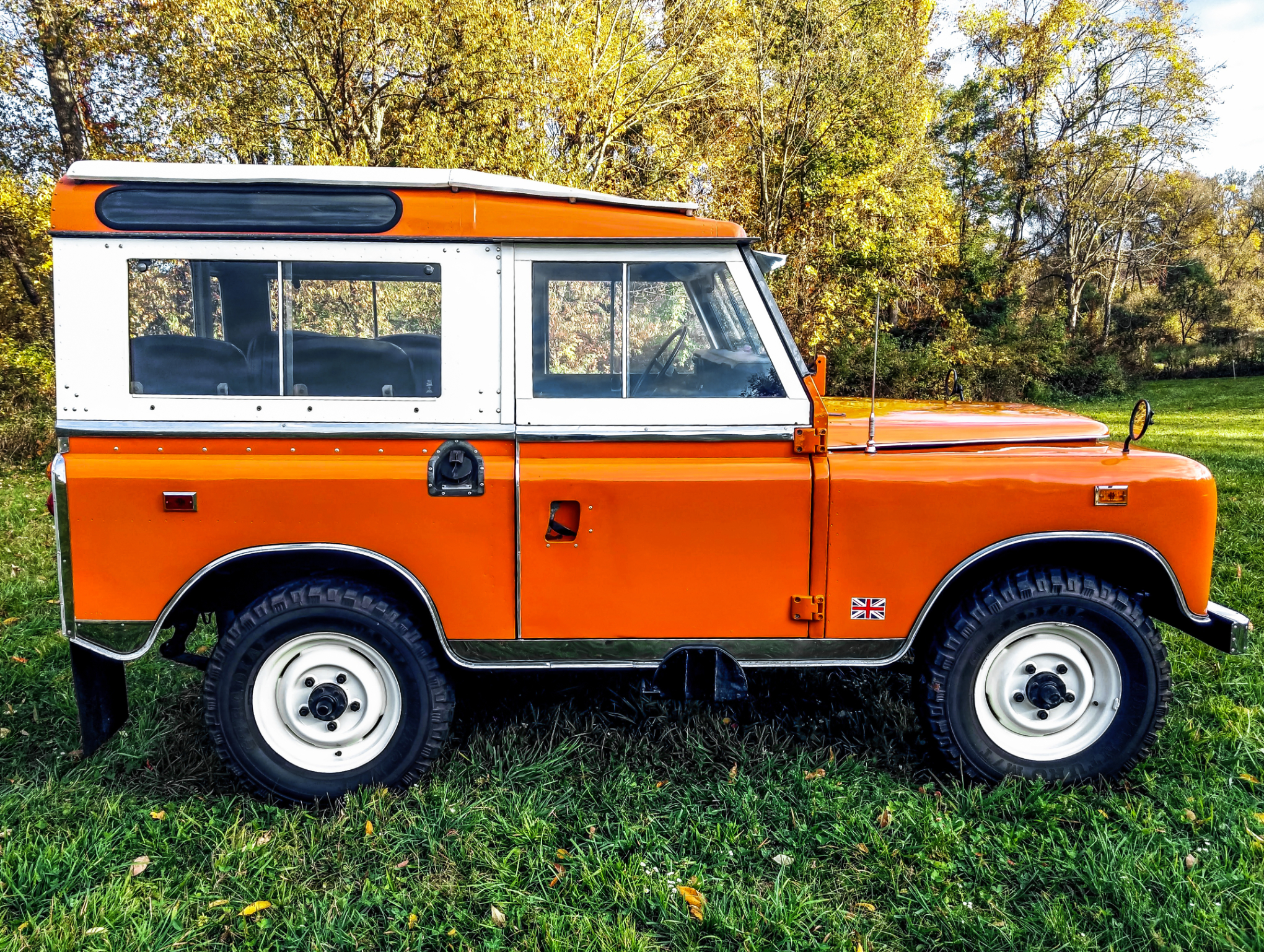 This sale will include a set of 2 keys, a vast collection of restoration receipts, and a clean Ohio title.  Offering a unique vintage 4×4 experience steeped in a worldwide history stretching back to the original Series 1 in 1948, this classic Land Rover 88 Diesel is ready to put a smile on the face of its next owner.