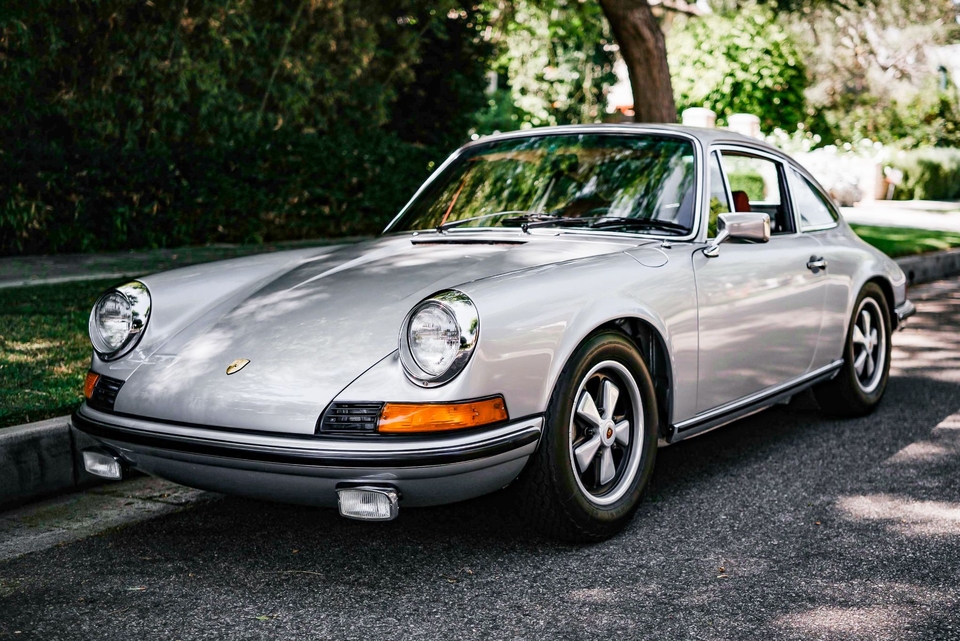 Up for auction is this 1973.5 Porsche 911T Coupe finished in Silver Metallic over a Red leather interior.  Equipped with a CIS fuel injected flat-six engine paired with a 4-speed Sportomatic auto transmission, this 1973.5 example has been completely gone through and cosmetically restored to a very high standard.  Having undergone a major recent service which included the installation of a new lowered suspension and Dansk sport muffler, this beautifully presented 911T is now being offered out of New York with approximately 2650 miles showing on the odometer. 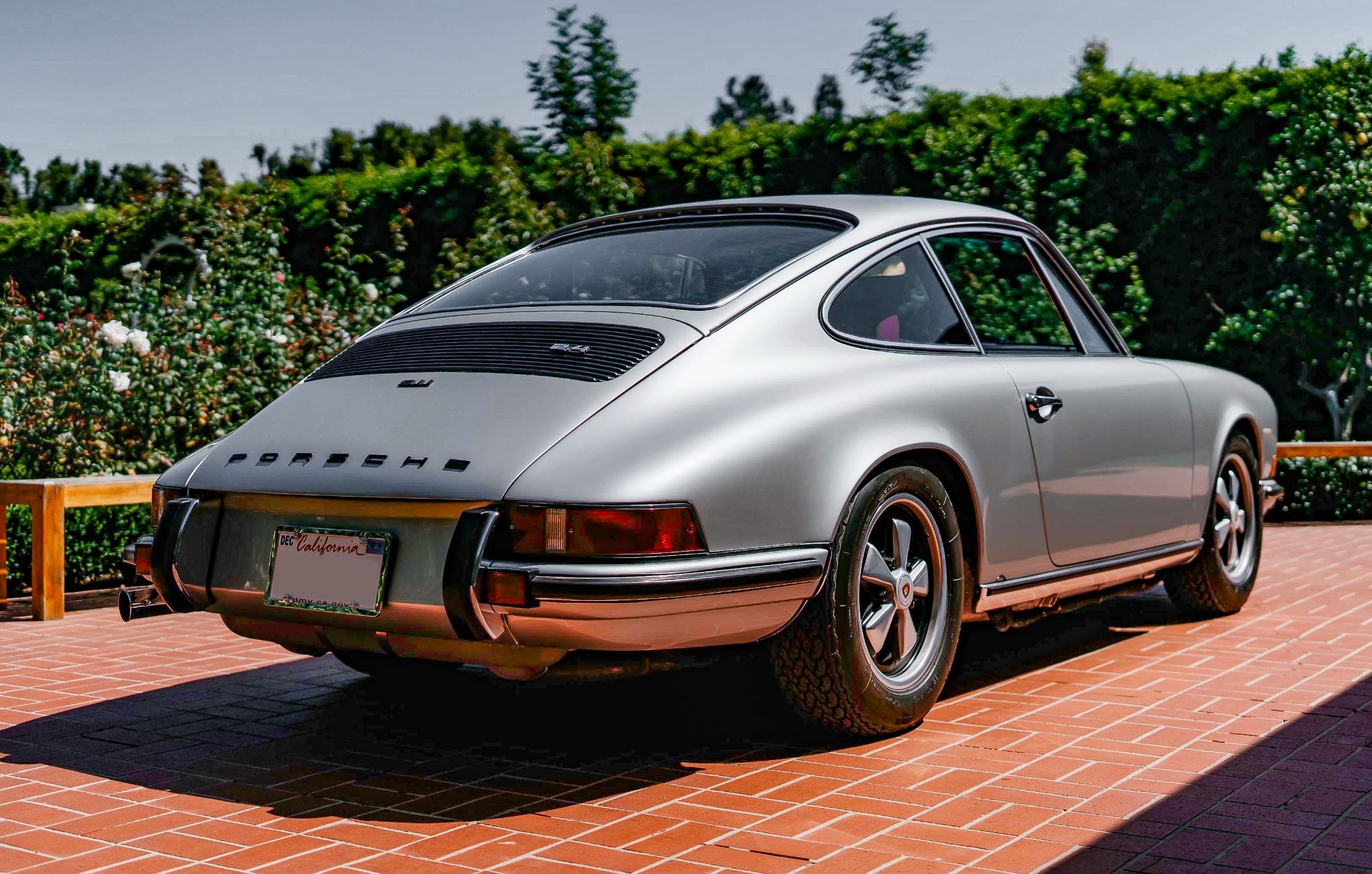 This coupe is said to have undergone a glass-out respray in its factory specified color of Silver Metallic (detailed images are provided in the photo gallery).  H4 headlights with yellow bulbs have been installed and the original fog lights have been removed but are still included with the sale.  The factory Fuchs wheels have been refinished with Satin GT Silver centers and dressed in period correct Michelin tires. 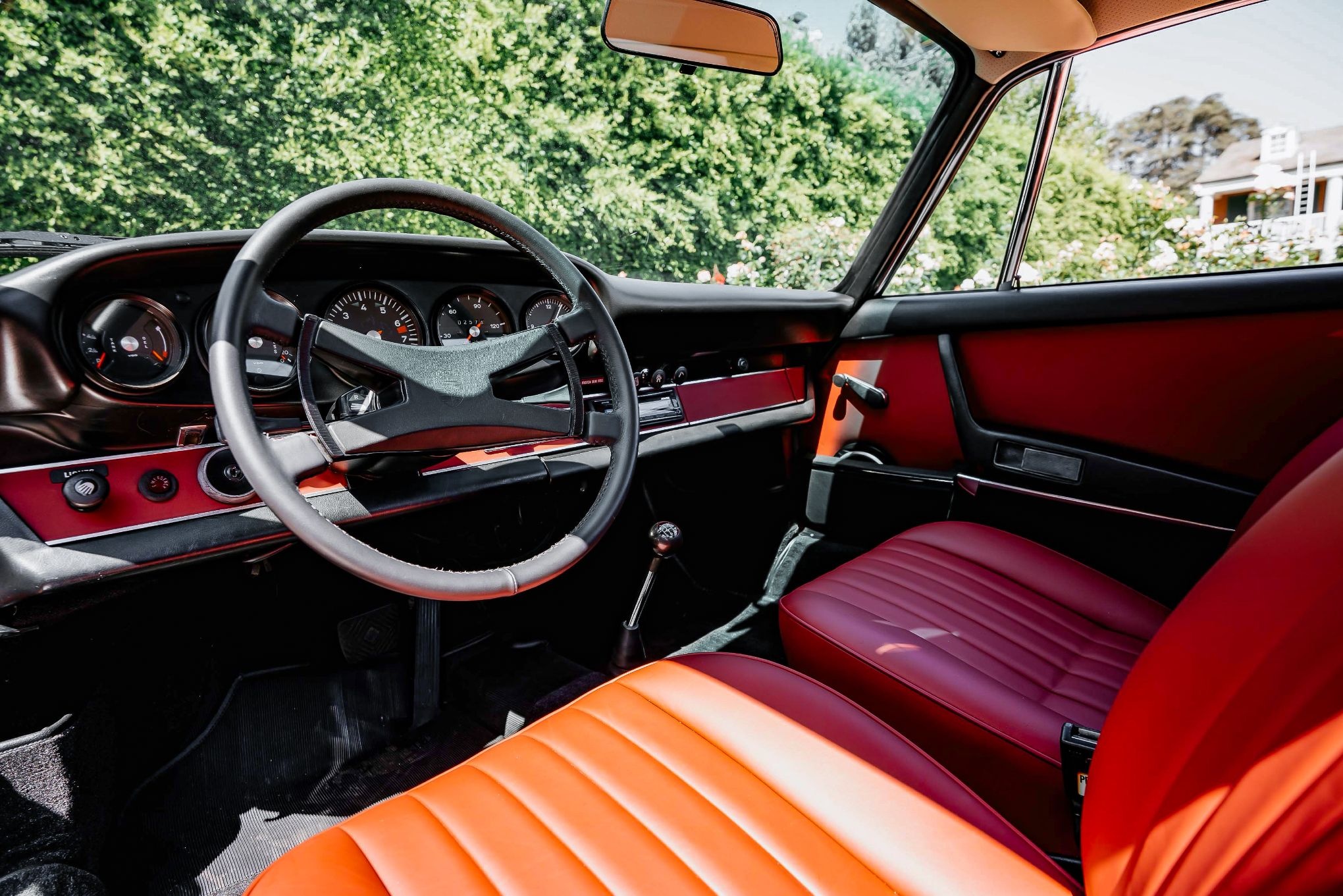 Inside, the cabin has been professionally reupholstered in Red leather with Black carpeting.  An aftermarket radio was installed along with a 380mm RSR steering wheel, although the original steering wheel will also be included.  The interior is noted to be in outstanding condition with all gauges and accessories remaining in good working order.  Factory options specified for this example include an electric sunroof, stabilizer bars and Koni shock absorbers. 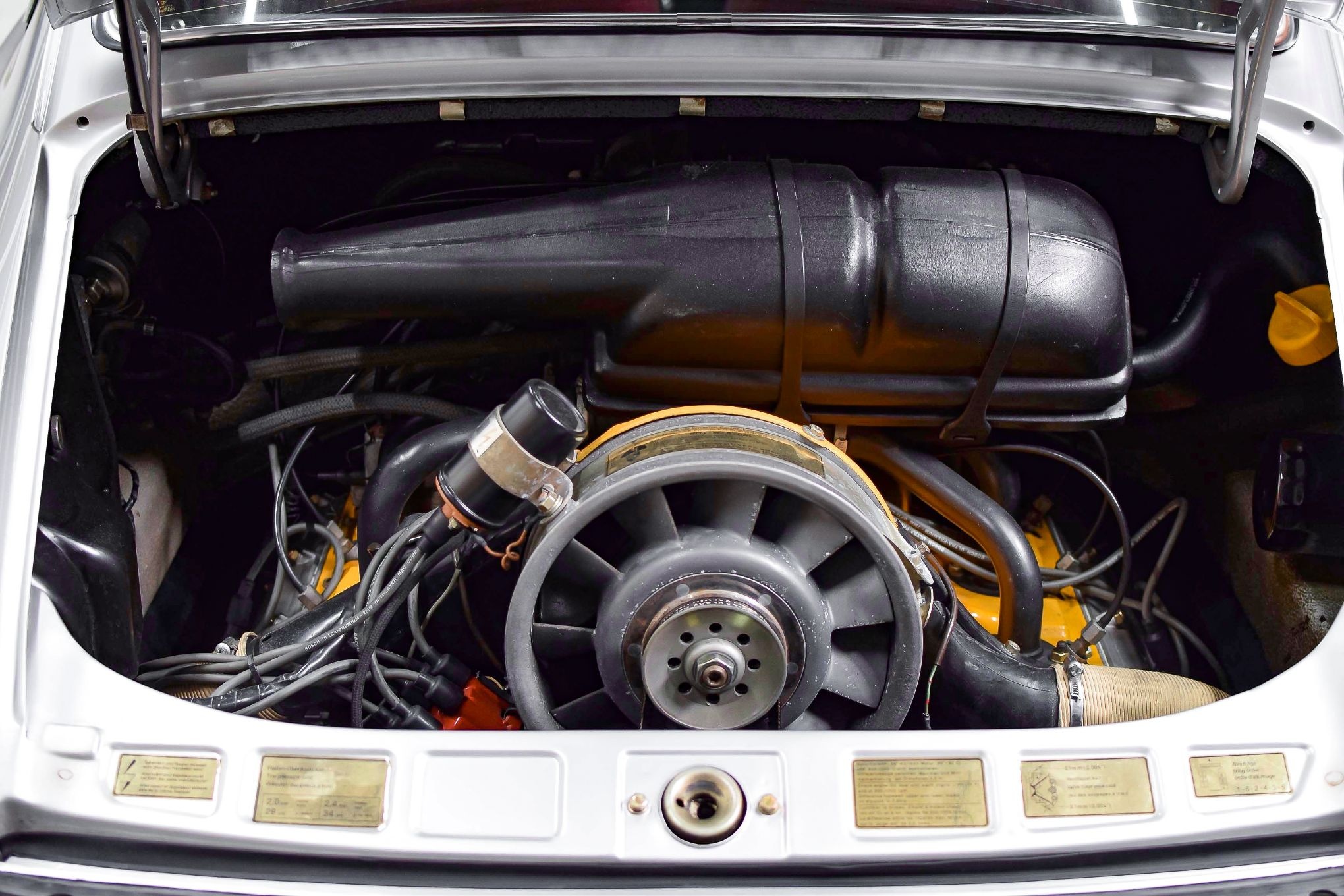 Powering this 911T is an original 2.4 L CIS fuel inject flat-six engine which has been upgraded with SSI heat exchangers and a black ceracoated Dansk sport muffler.  The rear wheels are driven though a 4-speed Sportomatic auto transmission which allows for clutch-less shifting.  The seller has also offered to accommodate a manual transmission conversion at their shop in California at the winning bidder’s expense.  911 S-spec calipers are also equipped in addition to factory stabilizer bars. A recent major service was carried out which included a full suspension refresh with new Koni shocks as well as the following service items:

This 911 is reported to be in exceptional driving condition and accompanied by recent service invoices. 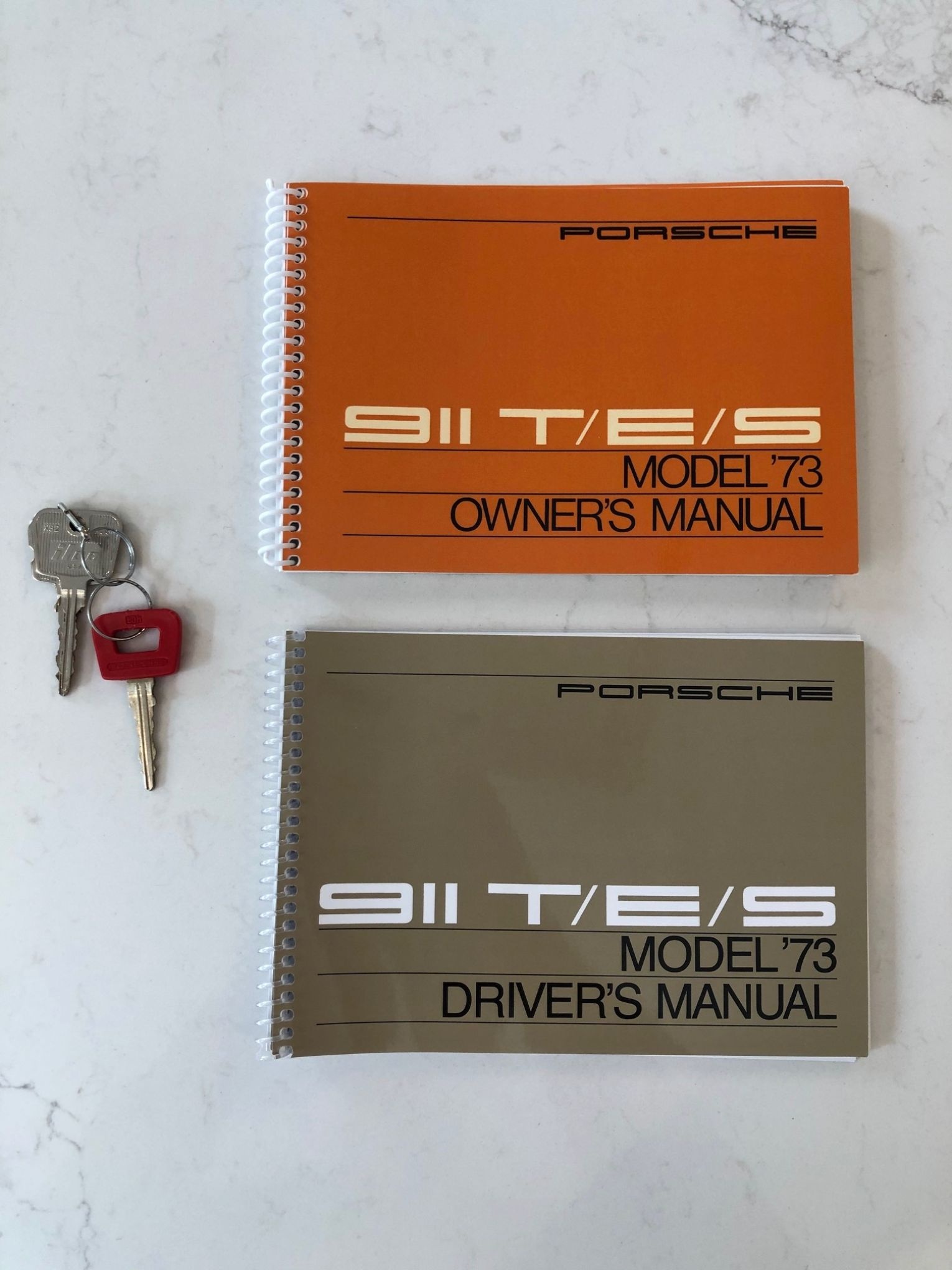 This sale will include keys, some service records, the original fog lights and steering wheel, a Porsche Certificate of Authenticity and a clear title. Do not miss your opportunity to get behind the wheel of this stand-out 911T.