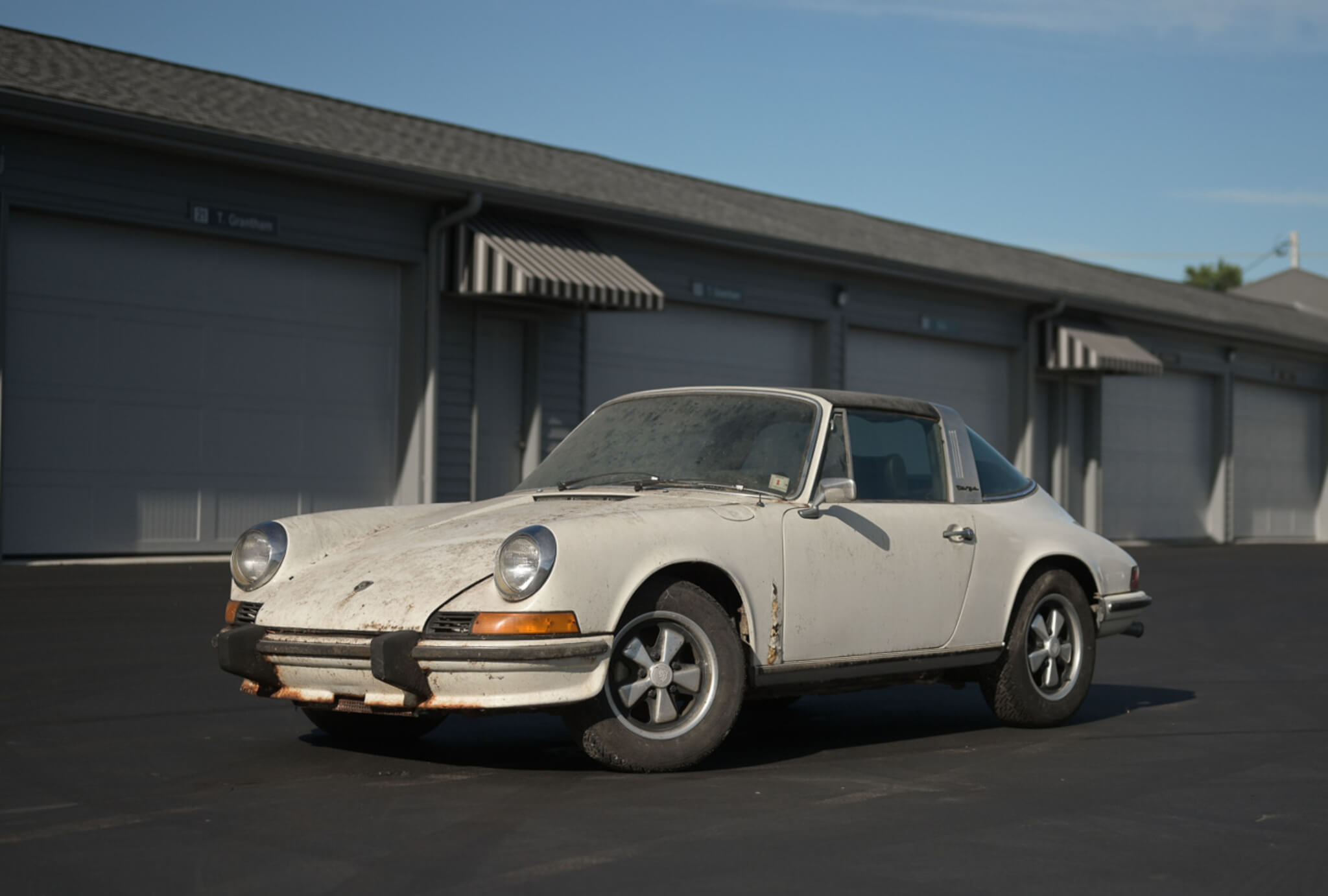 Purchased new in Indianapolis with optional Recaro Sport Seats, this Porsche 911S Targa is one of only 925 examples produced for 1973 and represents the final year of the classic long hood 911 (F-Body). It was sold to the current owner in 1980 and had reportedly undergone comprehensive engine reconditioning before it was placed in storage three years later. Left untouched ever since, this time capsule 911S Targa was recently pulled from its resting place and is now being offered for auction out of its home state of Indiana. 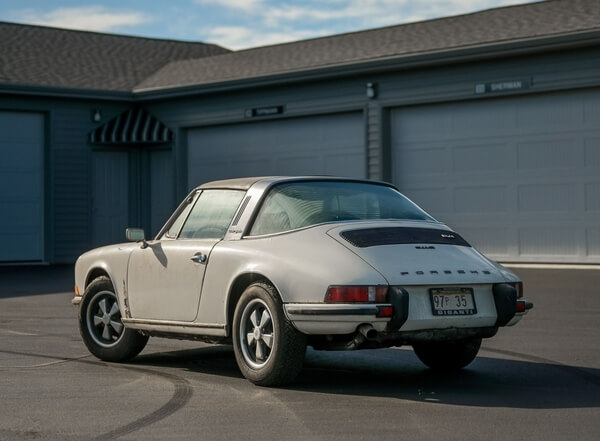 This Targa remains finished in its original Light Ivory (131) paint color and features 911S-specific trim including a lower front spoiler, aluminum rocker moldings, and wider rubbing strips on the front and rear bumpers. Other equipment includes U.S. specifications bumperettes, chrome headlights bezels, and a chrome driver’s side mirror.  The car rides on factory 15” Fuchs wheels dressed in Pirelli tires including a matching full-size spare in the trunk. Patina is shown throughout, and rust is visible along the edges of both front fenders, the lower passenger door, and the passenger side front bumper. Additional images are provided in the gallery. 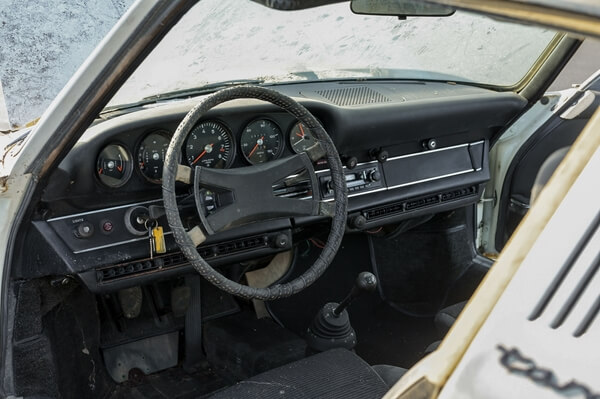 The cabin is fitted with a pair of factory Recaro Sport Seats trimmed in black vinyl with cloth centers. Accessories include an aftermarket under-dash air-conditioning system, leather steering wheel cover, and vintage Pioneer cassette radio. The interior is described to have been relatively well preserved with the most significant flaw being a tear on the driver’s seat bolster. 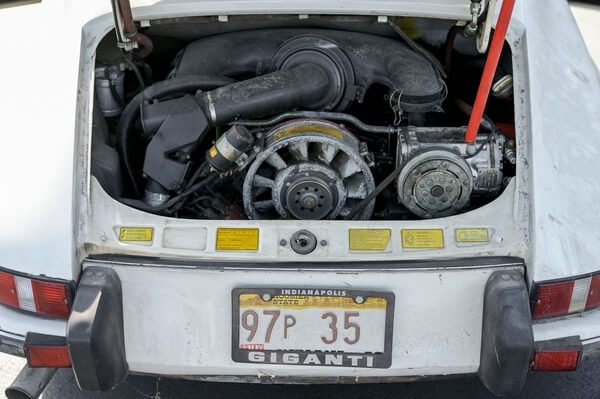 This 911S equips a fuel-injected 2.4L flat-six engine paired with a 5-speed manual gearbox that sends up to 190 HP to the rear wheels. A comprehensive engine refresh is said to have been completed in 1982 less than 1k miles before the car was placed in storage and has not been started since. 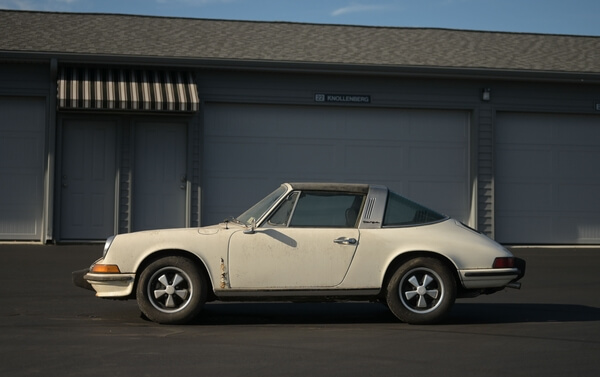 This sale will include some documentation, owner’s manuals, a toolkit, a spare tire, and a clean title.