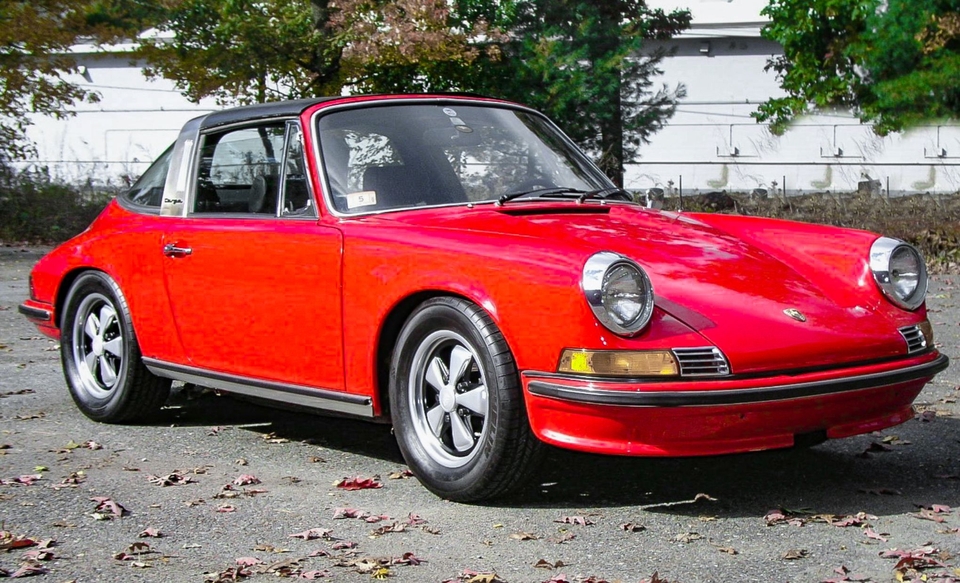 Up for auction is this 1973 Porsche 911E Targa finished in Polo Red over a Black leatherette interior.  Showcasing iconic air-cooled Targa styling, this 1973 example is said to have been under the care of its current owner in climate-controlled storage for over a decade.  Having had its mechanically fuel injected 2.4 L flat-six engine fully rebuilt along with a 5-speed manual transmission conversion, this 911E is now being offered in strong running order by its seller out of Massachusetts. 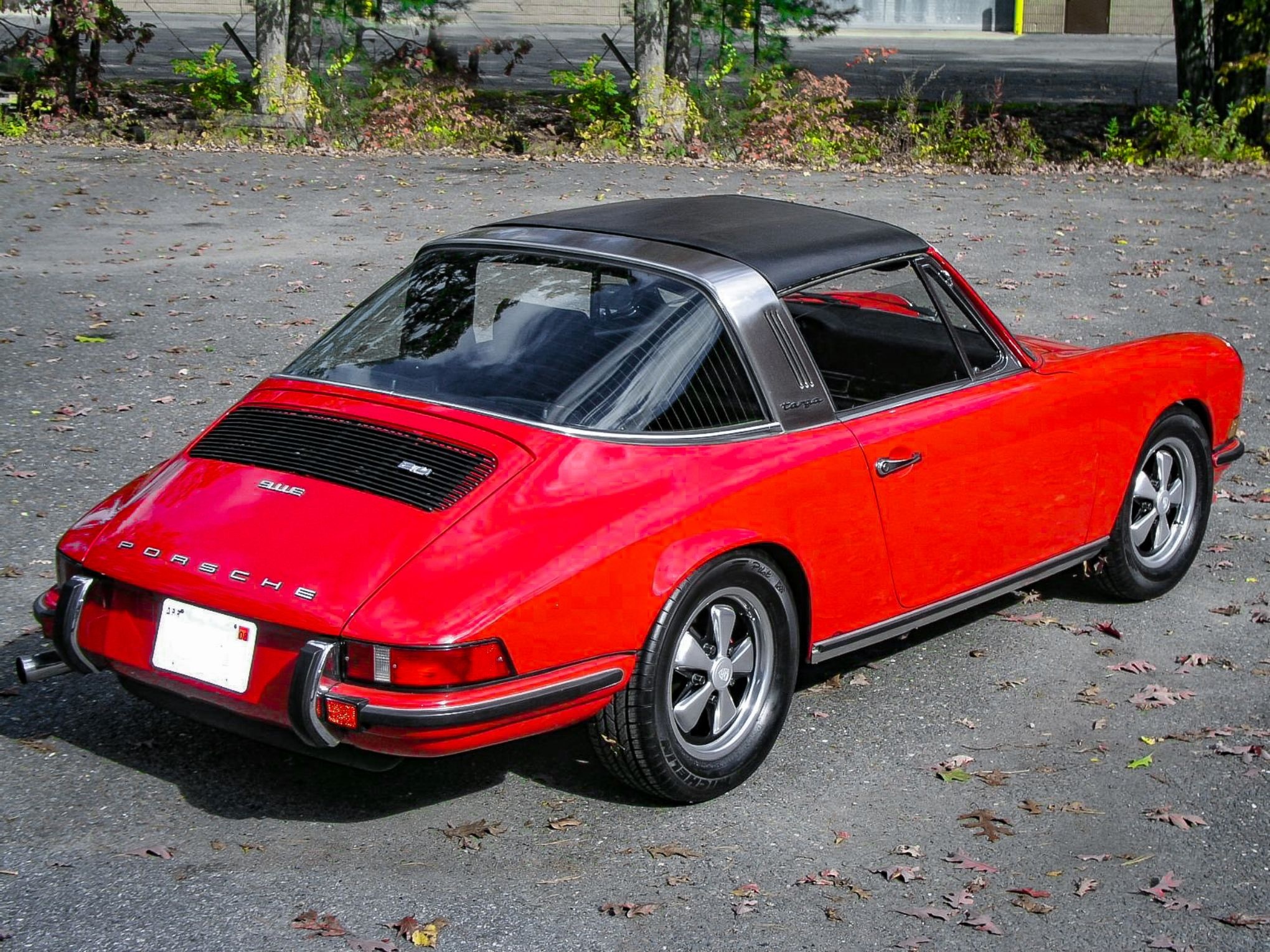 This 911E was completely refinished in Polo Red at some point during previous ownership and the original color is noted to have been Gold.  The paint is said to be presented in good driver-grade condition; detailed images are provided in the photo gallery.  Distinctive features include a classic silver Targa bar, a removable roof panel, wraparound rear glass, a single driver’s side mirror and Fuchs wheels. 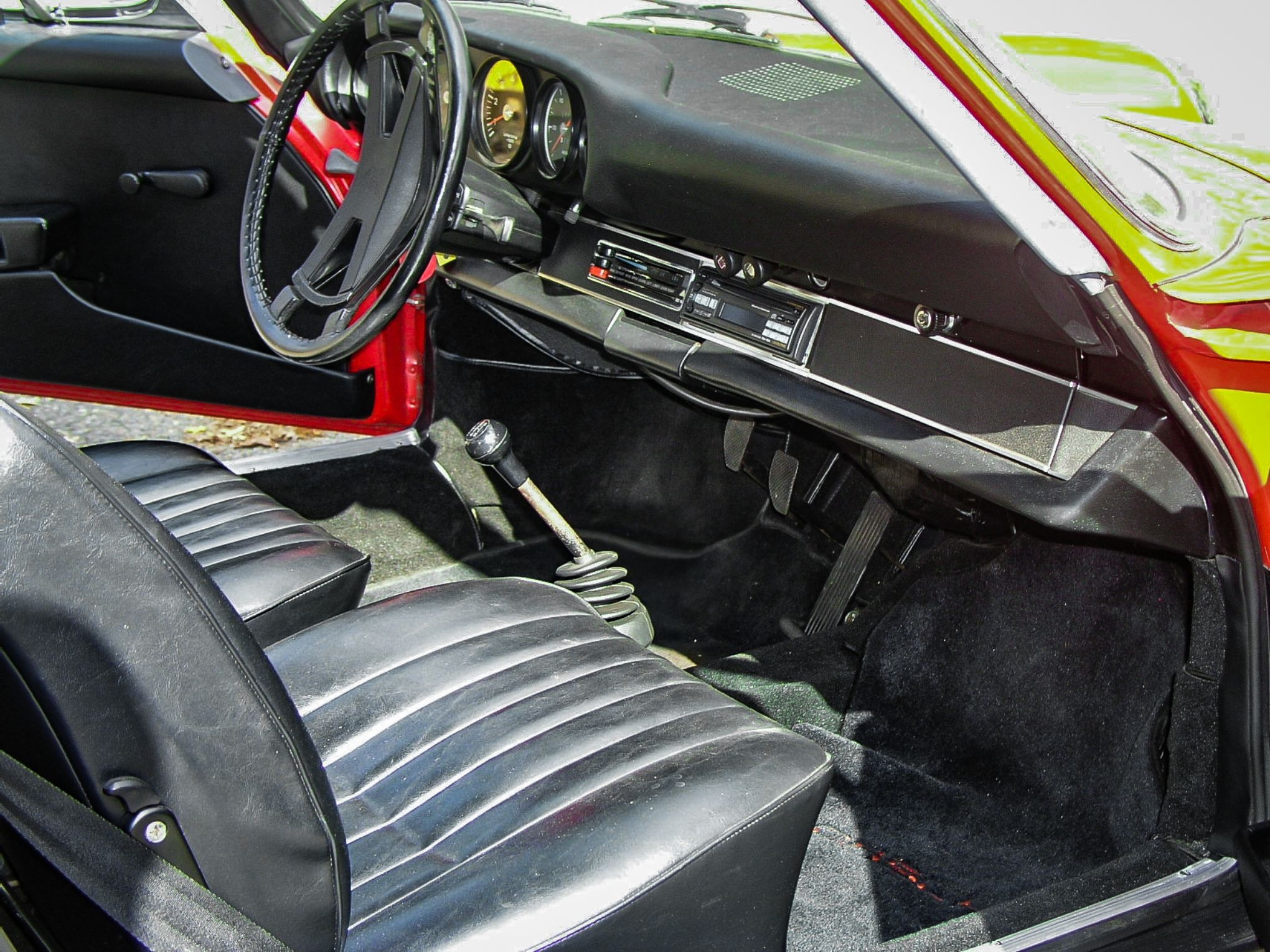 Inside, the Black leatherette interior is said to be in very good shape for its age with all gauges and accessories remaining fully functional except for the odometer.  The odometer is reported to have stopped working recently within the last 1k miles with a current reading of 87,688 miles. 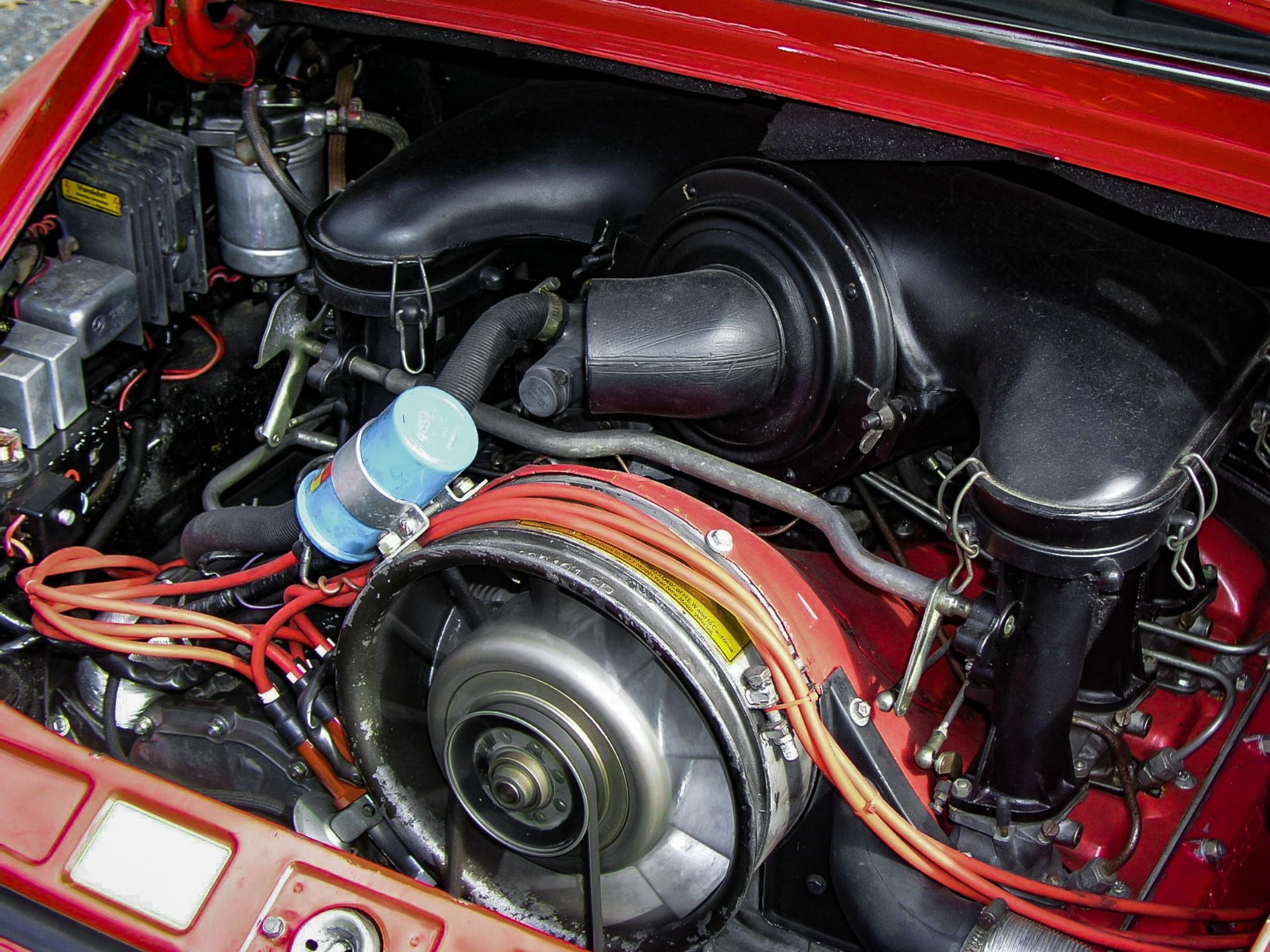 This Targa is equipped with a mechanically fuel-injected 2.4 L flat-six engine which is said to have been previously rebuilt.  The original Sportomatic transmission was swapped out in favor of a 5-speed manual gearbox that sends approximately 165 HP to the rear wheels. This 911E is said to be in great driving condition and all routine service is reported to be up to date. 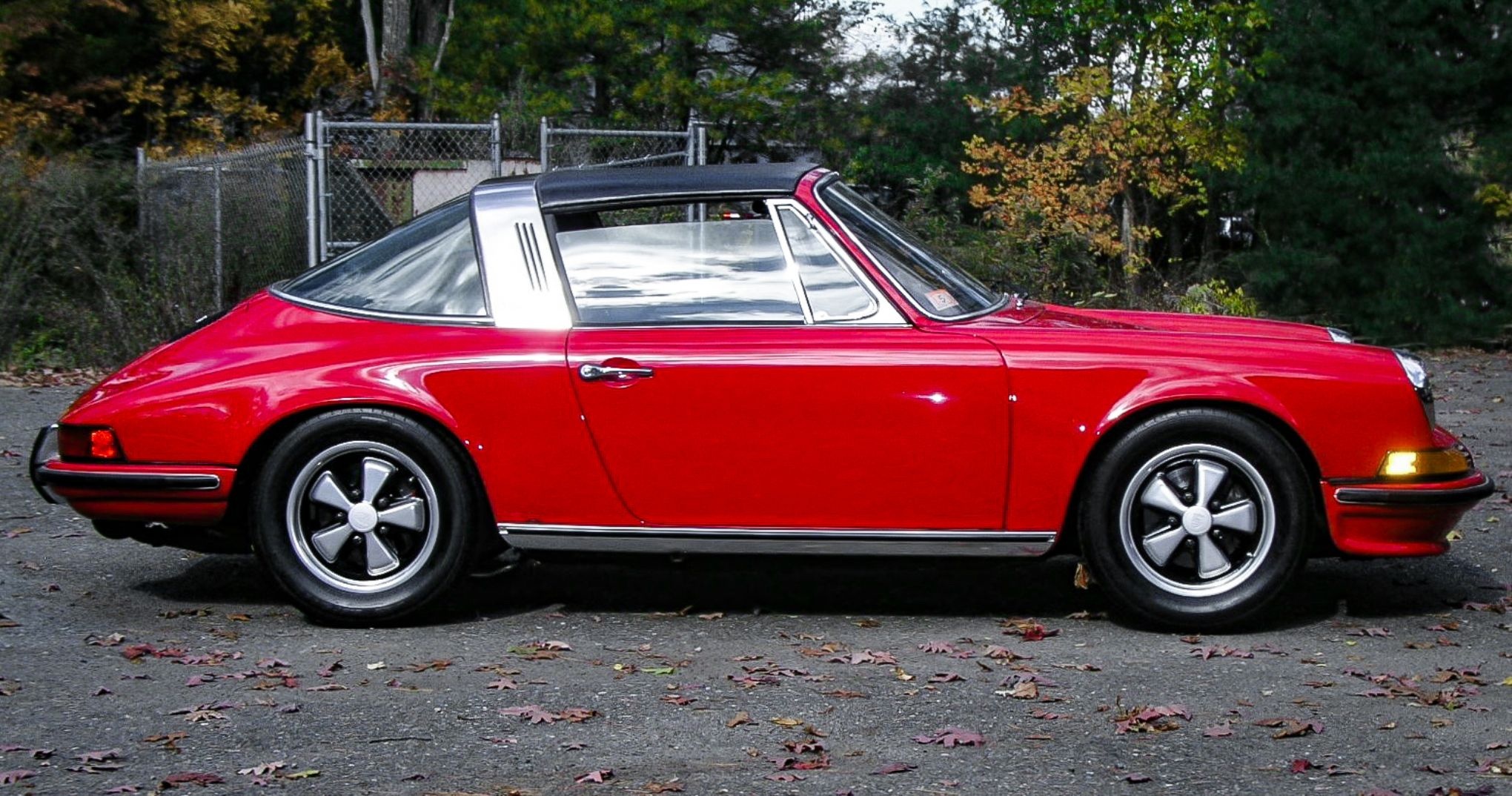 This sale will include 1 key and an assortment of service records. If you are in the market for a classic air cooled Targa, this 1973 example is not to be missed.