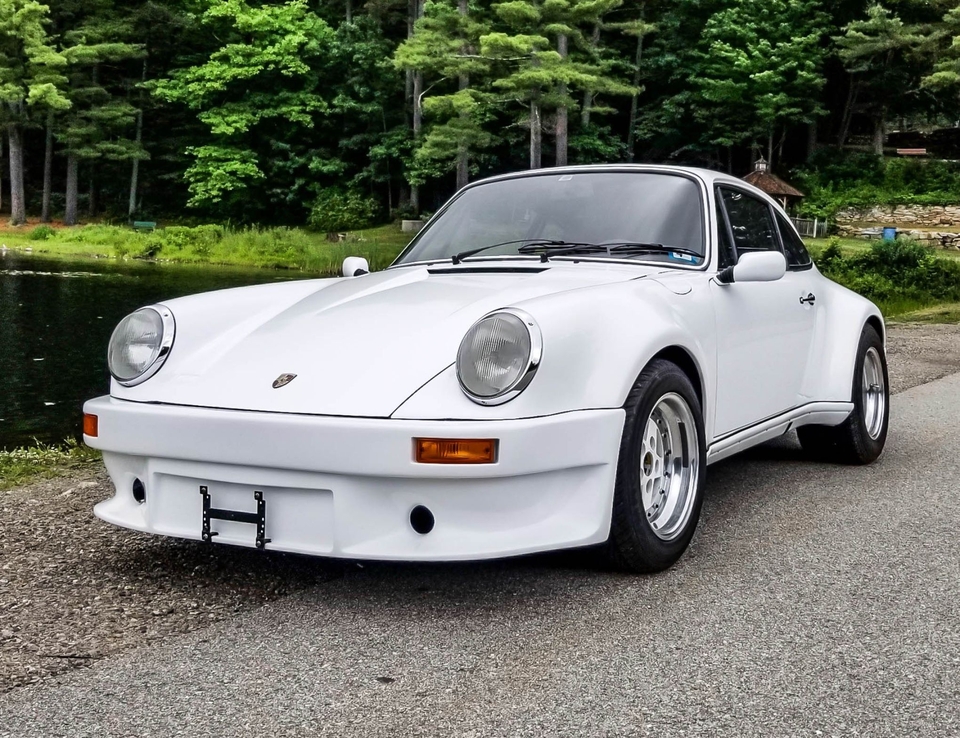 Up for auction is this modified 1973 Porsche 911 S finished in white over a black interior.  Having stood as Porsche’s top-range 911 model in its day, this European market 911 S was imported to Florida several years ago before undergoing some considerable modifications.  Featuring a transplanted 911 G-body nose structure and custom RSR inspired styling, this 911 S sports a unique look which is sure to garner some attention.  With a standard service carried out last year, this 1973 example is said to be in driving condition with no more than 100 miles added within the past 15 years. 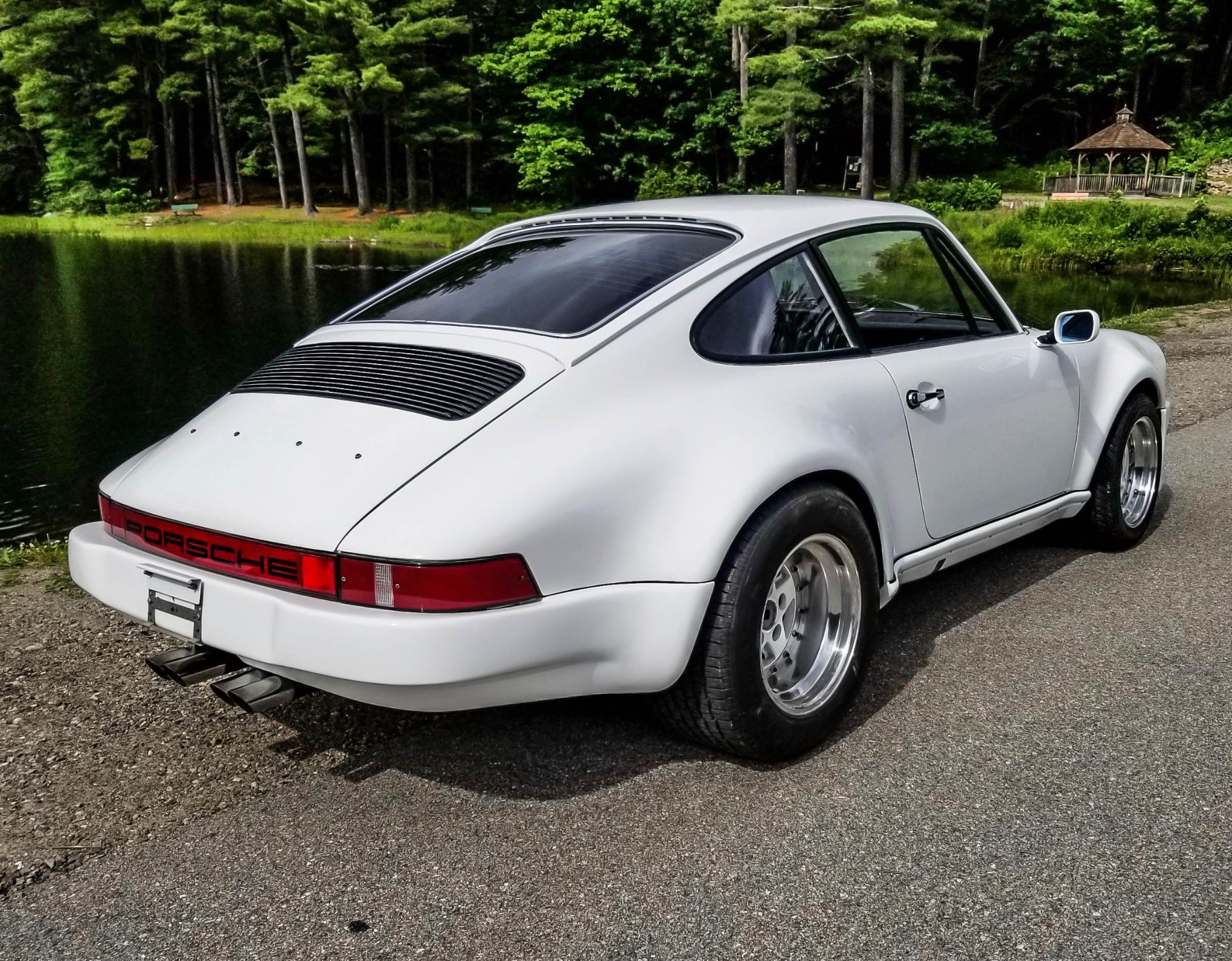 This 911 is said to have been treated to a professional bare metal respray in White approximately 5 years ago.  A genuine Porsche G-body nose structure was joined at the A-pillar and rear steel fender flares were also installed along with fiberglass front fenders, a fiberglass RSR style front bumper, updated mirrors and a rear bumper sourced from Patrick Motorsports.  The paint is noted to be in great condition and the front panel has a raised blank VIN stamp area (detailed images are provided in the photo gallery).  This 911 rides on aftermarket Gotti wheels which are finished in white with polished lips and dressed in BFGoodrich tires. 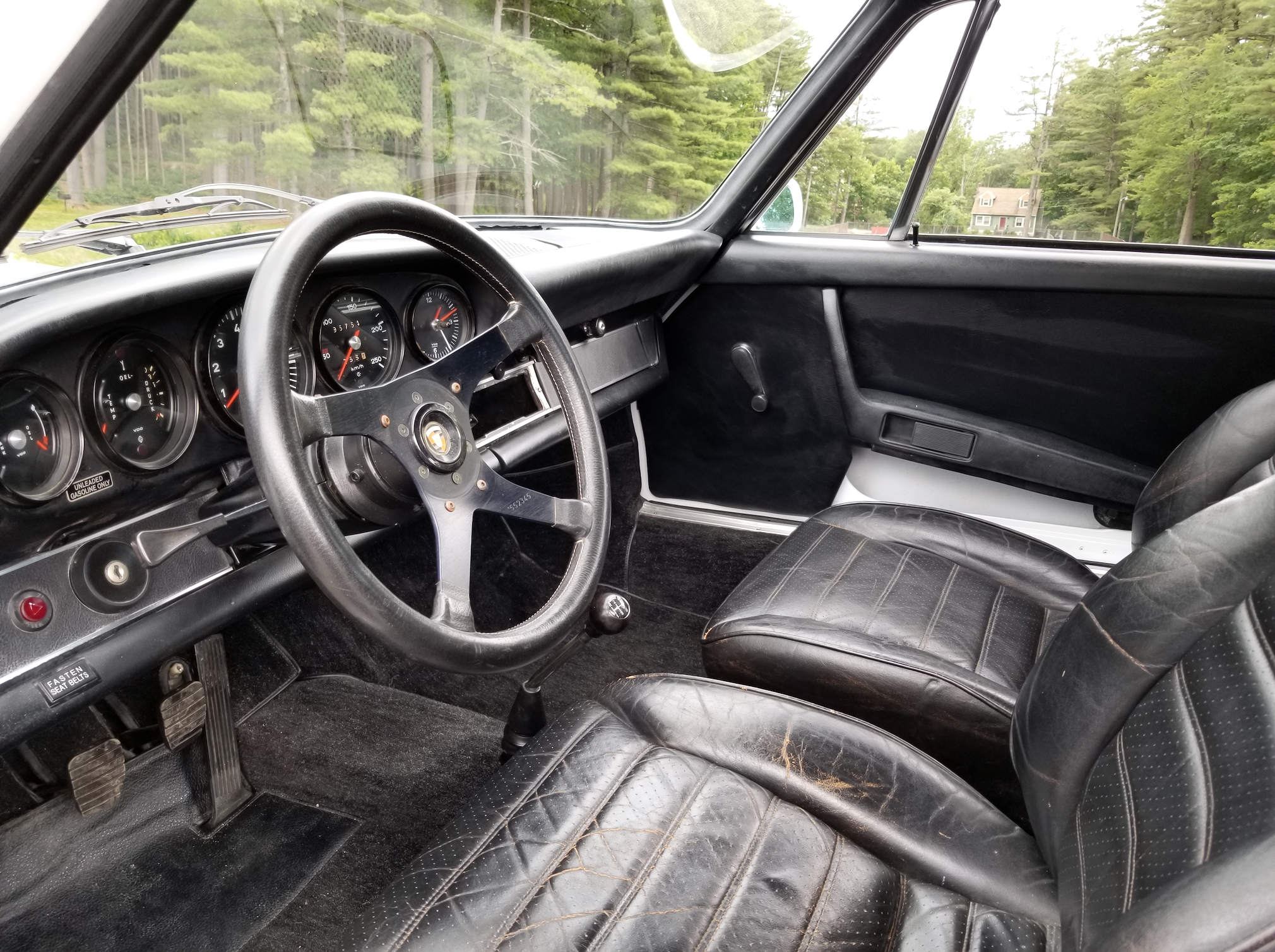 During the time of the respray, the black interior was refurbished with new carpeting, new rear seats and updated leather front seats sourced from a later model 911.  Other modifications include an upgraded MOMO steering wheel and a radio delete.  The cabin is stated to be in average condition with some typical signs of wear. 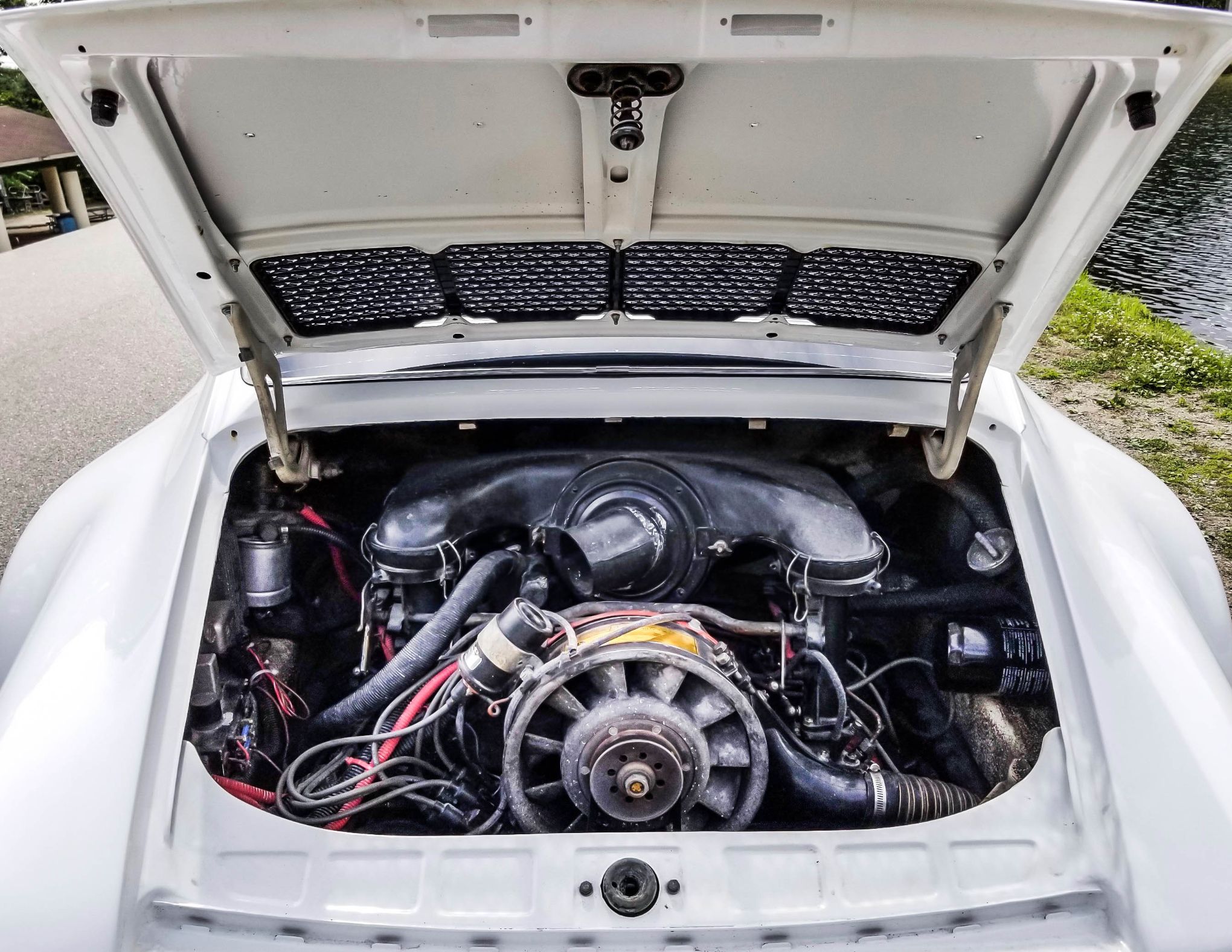 This 911 S carries an air-cooled 2.4 L flat-six engine featuring Bosch Mechanical Fuel Injection (MFI).  Approximately 190 HP is sent to the rear wheels through a 901 5-speed manual transmission which was backdated for inexpensive gearing options.  A basic service was carried out within the last year, although the seller recommends the car to be completely gone through.  No more than 100 miles have been added within the past 15 years and the car is said to be fully drivable.  The odometer reads 95,754 however the true mileage remains unknown. 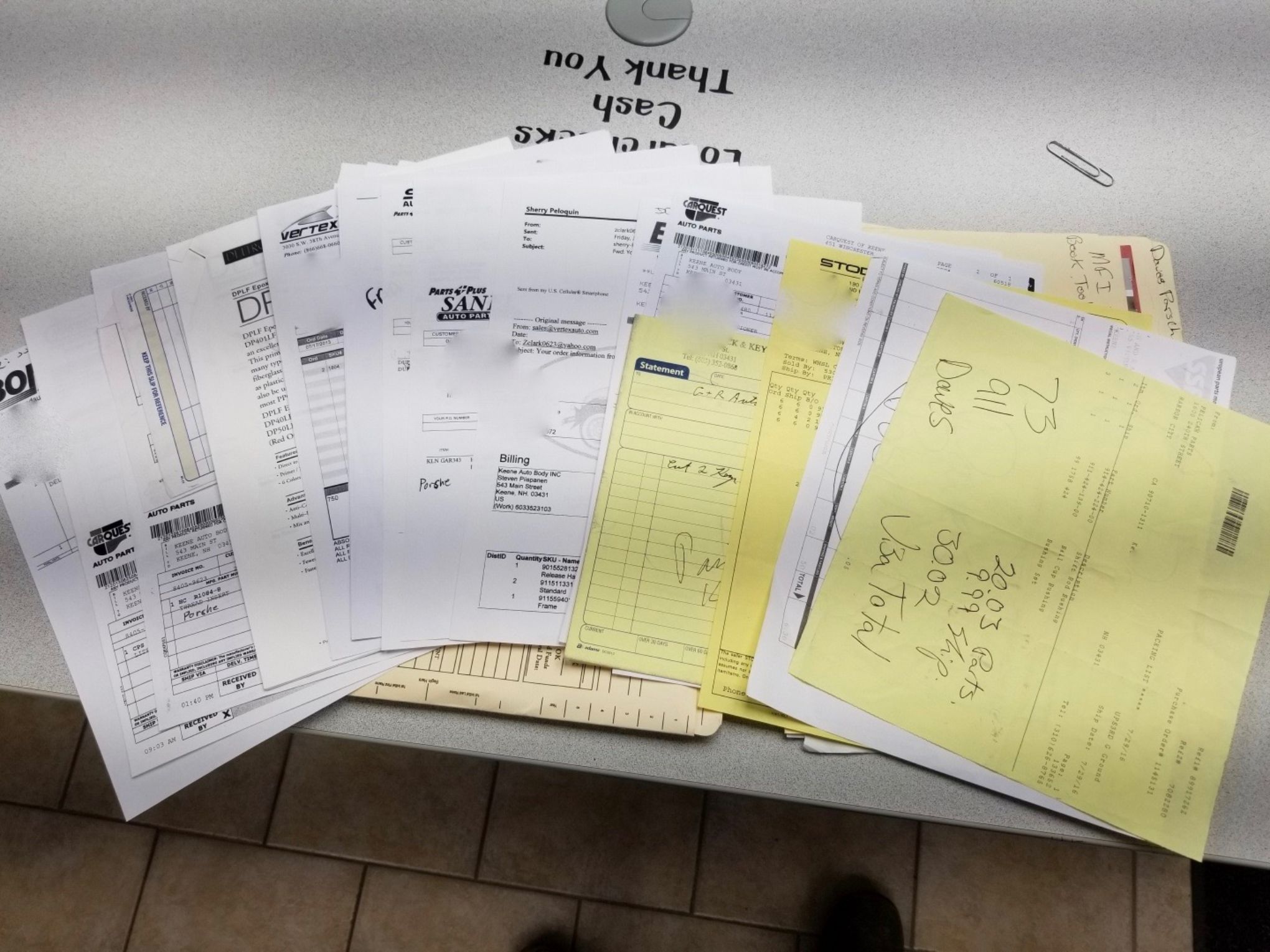 The sale of this 911 S will include one key and a collection of documentation.  Whether you’re in search of a unique air-cooled Porsche or the basis for your next custom build, this modified European 911 S represents a fantastic opportunity.