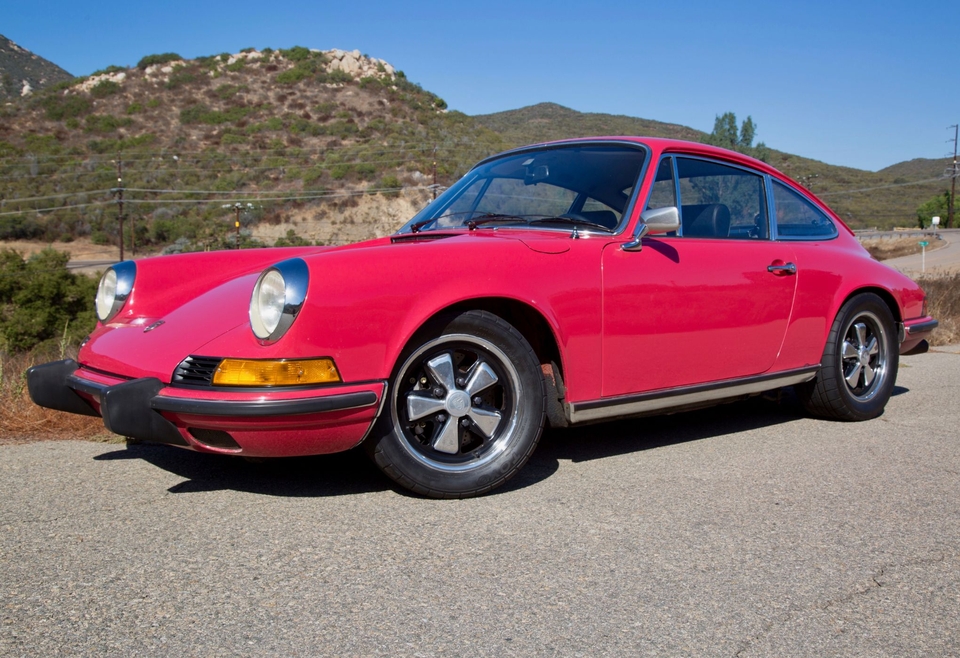 We are pleased to present this one-off 1973 911 T Coupe finished in rarely-seen factory Raspberry paint.  Believed to have been originally purchased in Washington, this 911 T was acquired by the previous owner in 1994 as a completely stock vehicle.  Not completely satisfied with the output of the stock powertrain, the owner enlisted the expertise of Rothsport Racing in 2002 to create one of their most ambitious builds yet.  Accomplishing what was previously thought to be impossible, a 3.6L from a 964 was transplanted into the Raspberry 911 along with upgraded brakes, steering, suspension and a 915 transmission.  The result of these efforts is an uncompromising, high-performance sleeper that means business.  Now showing 93k miles on the body, this 911 T shows to be stock in appearance with all-original paint and is being offered for auction by it's seller in Escondido, California. 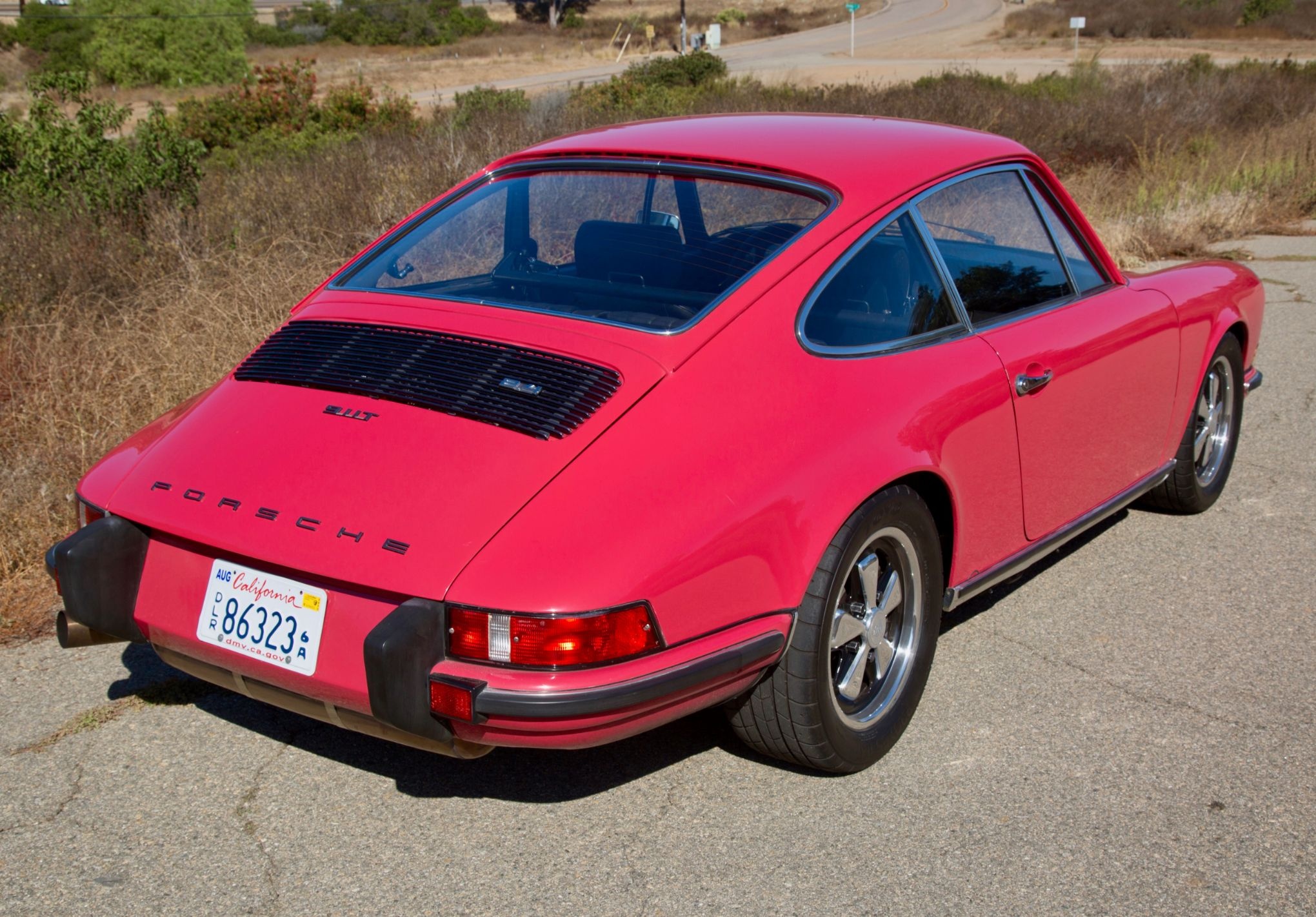 Finished in a striking coat of Raspberry paint, this 911 commands attention wherever it goes.  The exterior presents well for a vehicle of this age, and with all-original paint, the only notable flaws consist of typical road going wear along with a few scratches and chips ( detailed paint meter readings are available in the photo gallery).  This 911 rides on 6x15/7x15 Fuchs, the rear of which were enlarged by an inch to fill the wheel well and get more rubber on to the pavement. 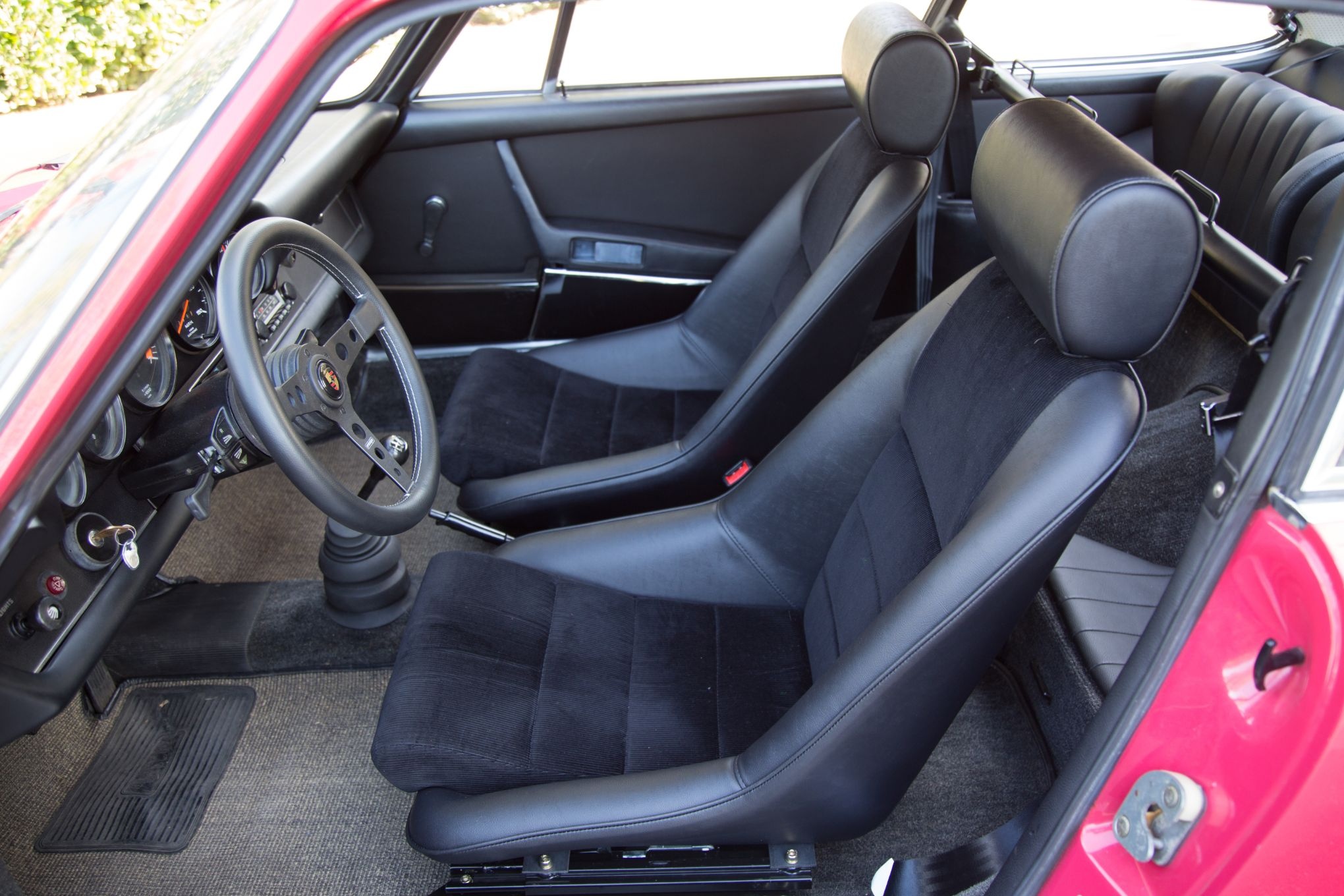 The interior of this 911 is in excellent shape and remains mostly original with the exception of a few upgrades including corduroy bucket seats, B-pillar brace, and MOMO steering wheel.  The original dashboard is intact and free of any cracks . In addition, the headliner shows to be in great condition.  The seller does note that the door pockets exhibit some minor wear but fit very nicely.  All-in-all, this is a very clean, period correct interior. 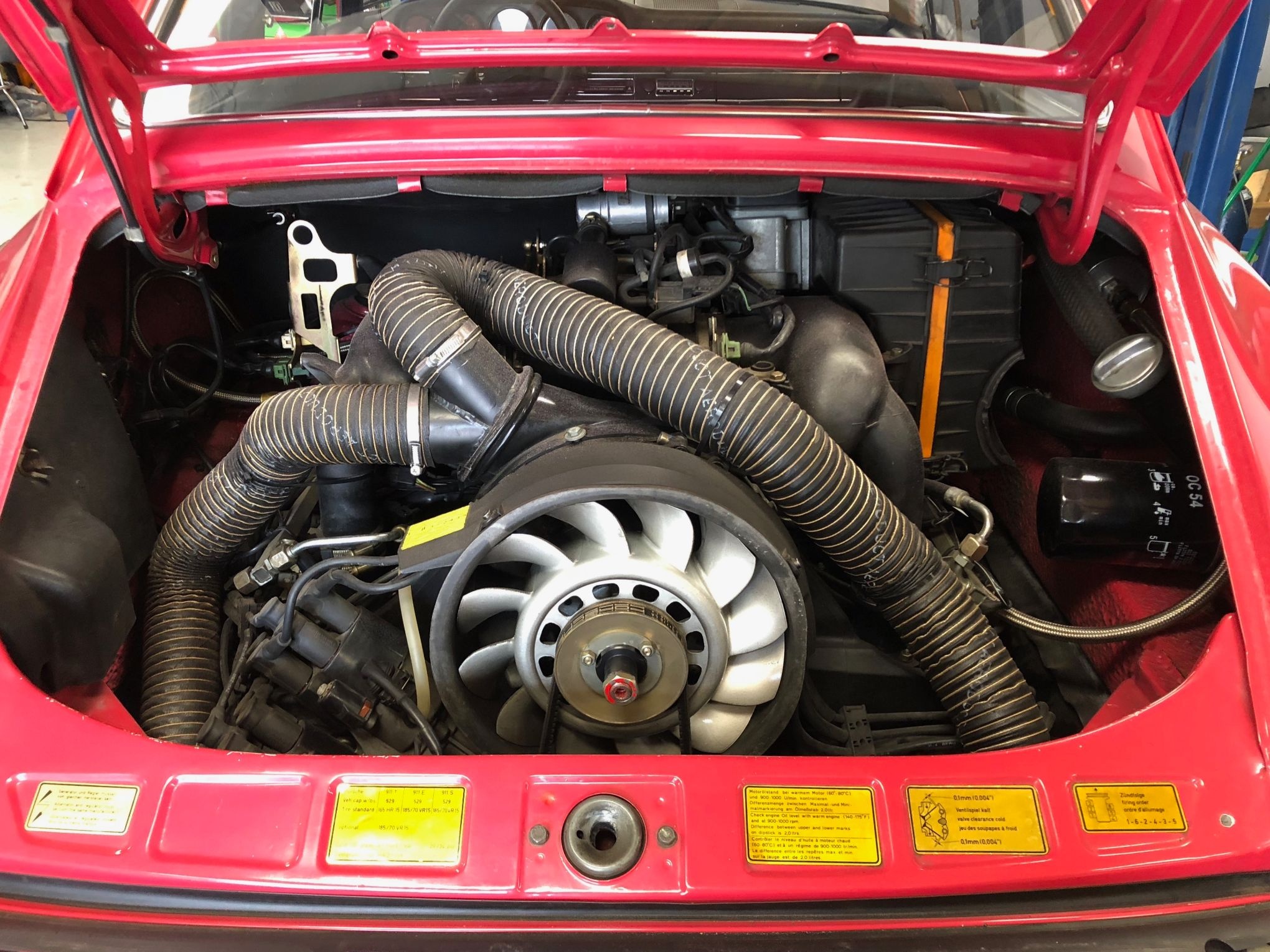 Upon viewing the car, technicians at Rothsport deemed this 911 a clean, well-preserved and structurally sound example.  After much consideration it was agreed that a 3.6L 964 engine would be sourced to power the 911.  Due to the incredible upgrade in engine size, additional oil coolers had to be installed under the front fenders to ensure ideal operating temperatures.  An upgraded 915 transmission from a 911 SC along with a new Guard limited slip differential were installed to handle the increased horsepower.  The stock 964 exhaust was replaced with SSI heat exchangers and a stainless-steel muffler to preserve a vintage look.  Since the seller acquired the car, this 911 T has been dyno tested at an impressive 221HP to the rear wheels. 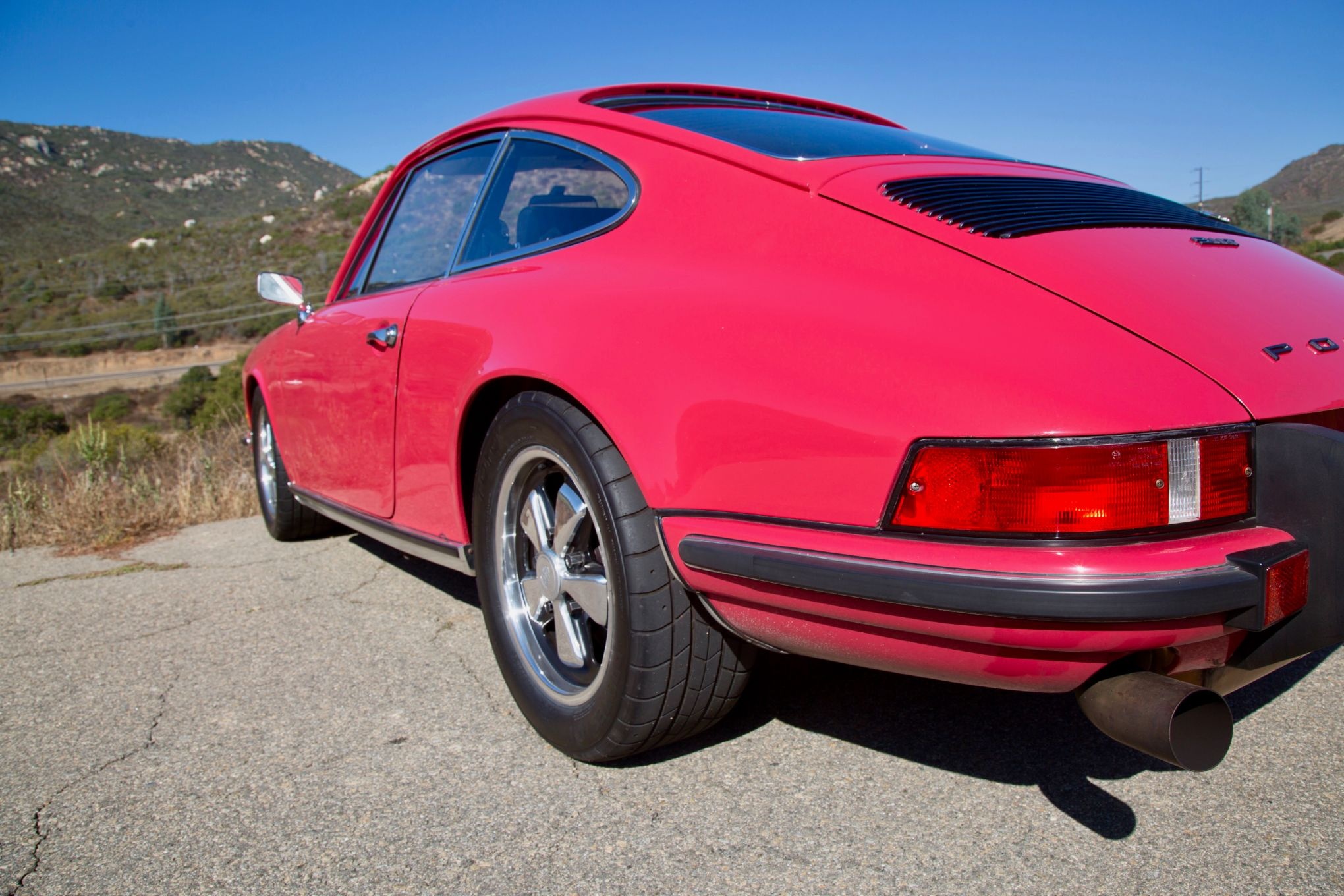 With such an increase in power, the existing brake and suspension systems needed to be completely overhauled.  Rothsport fitted thicker 22mm front and 28mm rear torsion bars complimented by Weltmeister adjustable sway bars to stiffen up the ride.  New ball joints were installed along with turbo-style tie rods and Neatrix rear plate bushings.  The original struts and shocks have also been replaced with top of the line Bilsteins.  Finally, the brakes were upgraded with calipers from a 930 which had to be machined down to allow for optimal clearance. 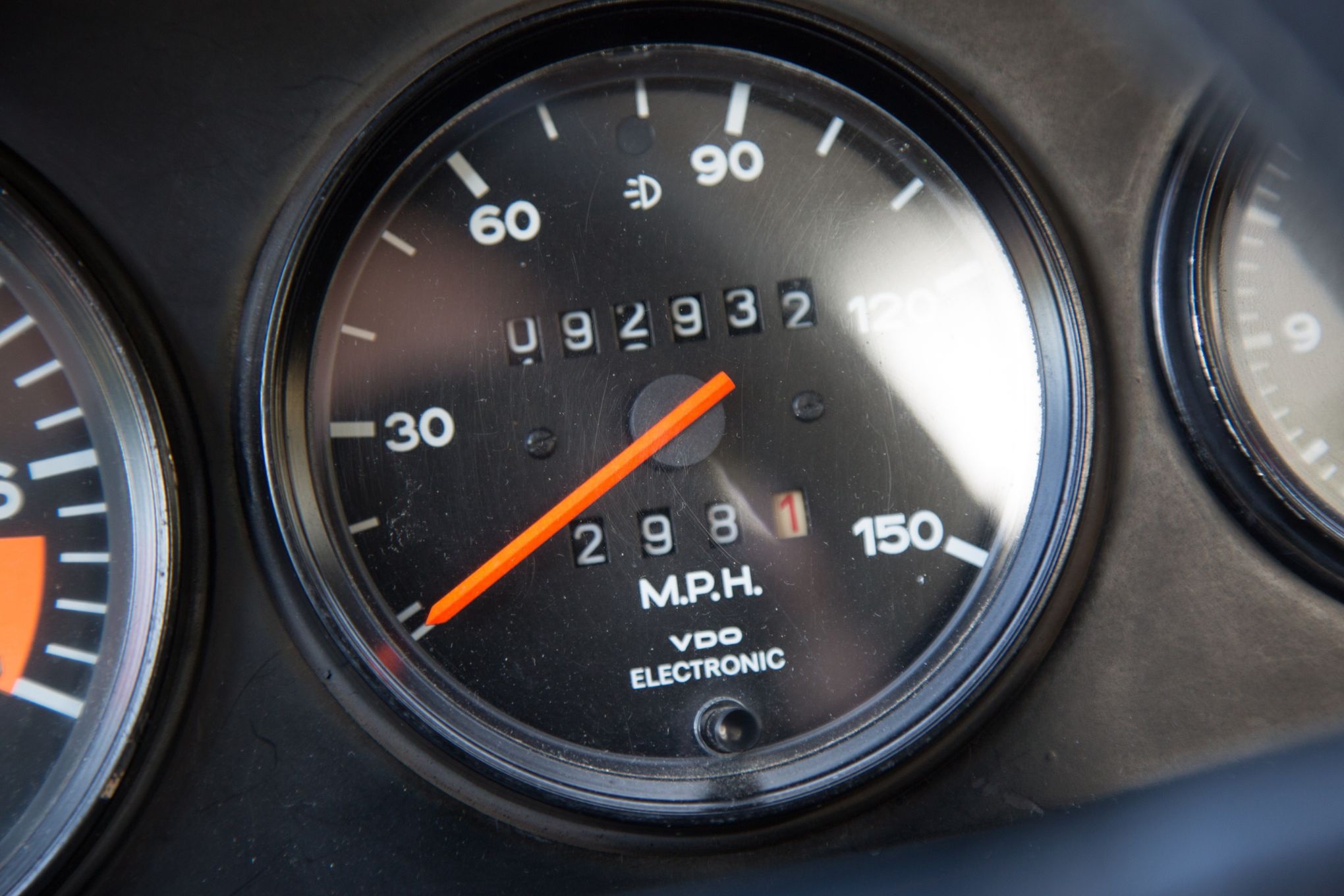 Since the completion of this build, the most recent owner has only put approximately 2500 miles on the car.  This 911 reportedly runs strong and drives remarkably well, offering a perfect balance between visceral nostalgia and modern-day performance. 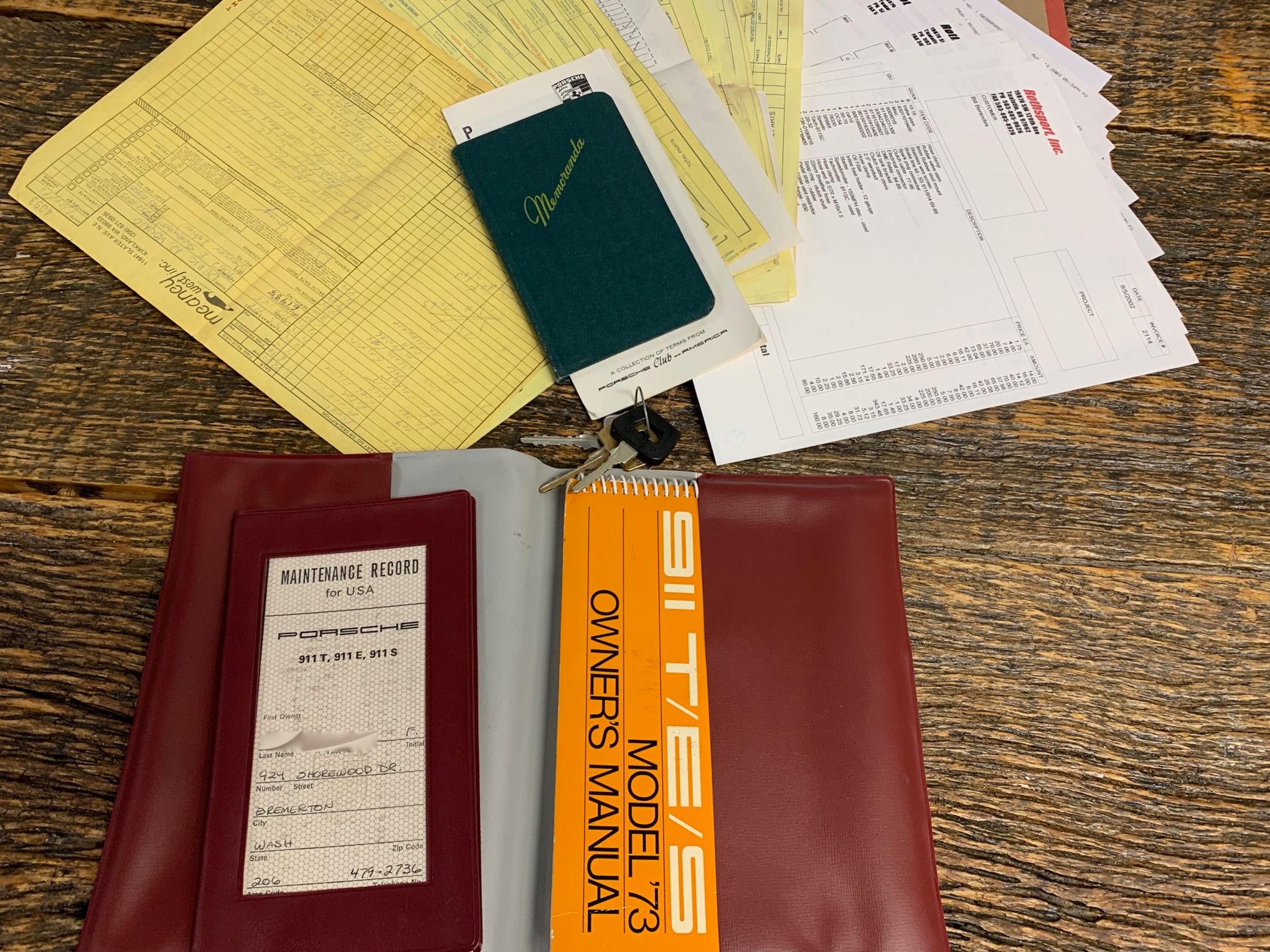 Included with the sale of this 911 T is the original owner’s manual and maintenance book as well as documentation regarding the work performed at Rothsport Racing.  With fully original Raspberry paint and a roaring 3.6L engine, this car is a Porsche enthusiasts dream.  Countless hours went into this project and the result is something truly special.  Do not miss your opportunity to own this one-of-a kind 911.