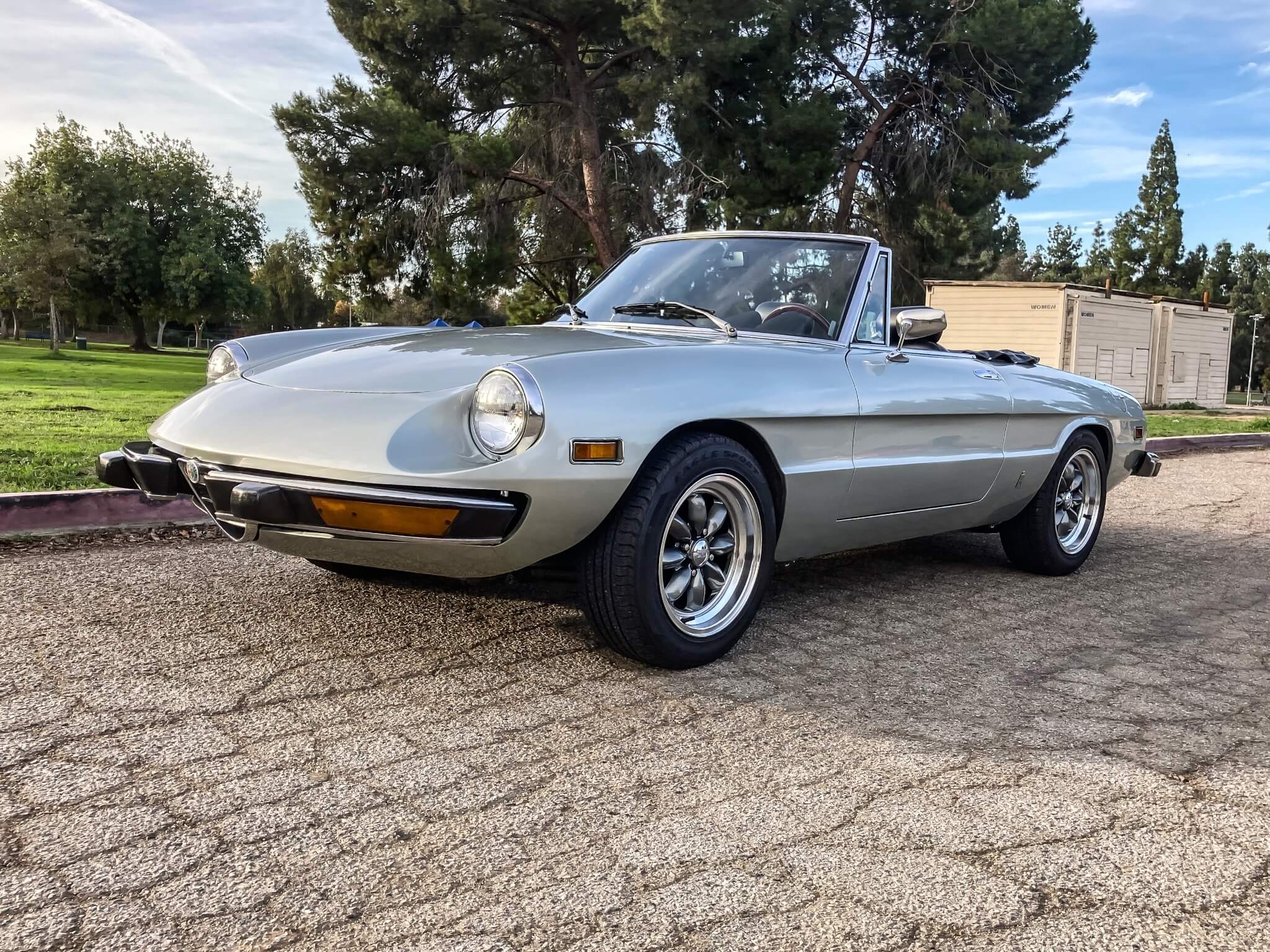 Up for auction is this 1974 Alfa Romeo 2000 Spider Veloce finished Silver over a black interior. Highlighting a significant styling update over the original Series 1 “Duetto” Spider, the Series 2 Spider featured a revised rear end known among enthusiasts as the "Kamm Tail". This 1974 example is said to have been in storage for over a decade before being acquired out of Austin, Texas in 2014. The current owner later purchased the car in June of 2020 and subsequently relocated to Los Angeles where it resides today. Extensive service is said to have been carried out during that same year which included new Koni shock absorbers, new fuel hoses, spark plugs, engine tuning, a new SPICA microswitch, and much more. This classic Alfa Romeo Spider is now being offered for auction by its seller out of Southern California. 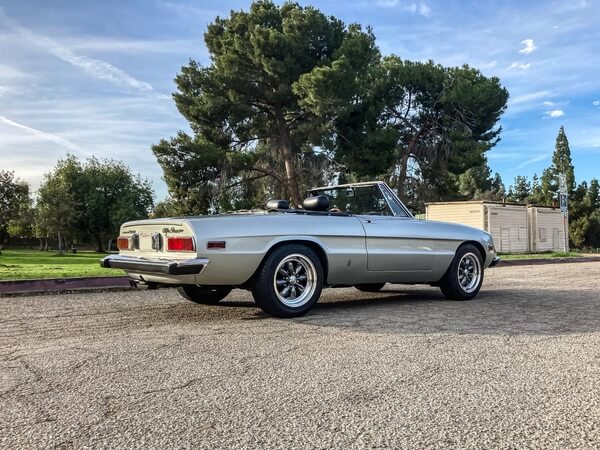 The Pininfarina-designed bodywork comes finished in Silver with a manually retractable soft top in black. The rear bumper has been re-chromed, the headlights have been recently replaced, and the exterior was completely refinished in its original Silver color in 2015 along with rust repairs to the rear wheel wells and trunk floor. A new cloth soft top was also fitted during this time, detailed images are provided in the gallery.  Exterior features include a single driver-side mirror, twin chrome exhaust outlets, and chrome door handles. This Spider rides on a set of upgraded 15” alloy wheels dressed in a set of Goodyear Eagle Sport tires dated from 2014. 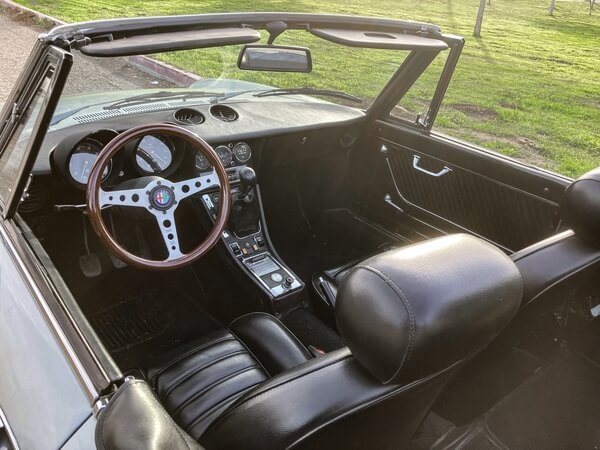 The cabin is trimmed in black upholstery with matching carpets and a MOMO Indy Heritage 350mm wood-rimmed steering wheel. A protective cover has been placed over the dashboard and a vintage Boman Astrosonix radio has been fitted, although there are currently no speakers installed.  The speedometer was repaired in 2020 along with the installation of new door locks. 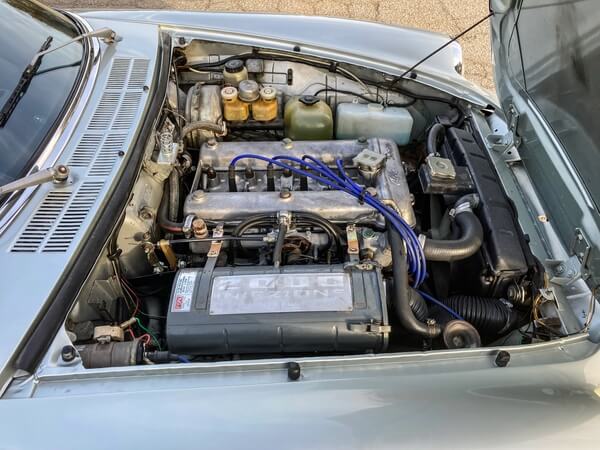 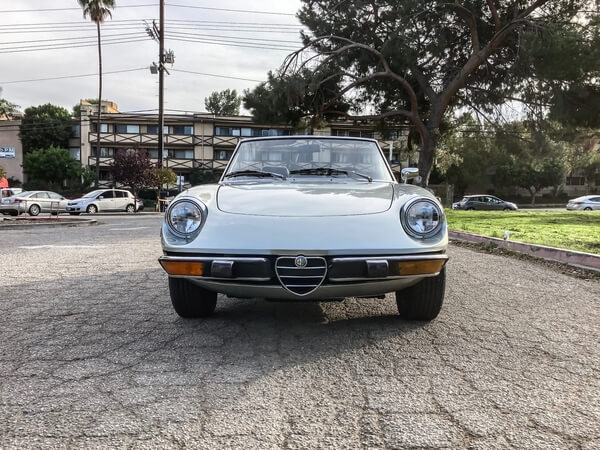 This sale will include a clean title. A classic open-top Italian sports car with styling by Pininfarina, this well-sorted Alfa Romeo Spider awaits its next owner.