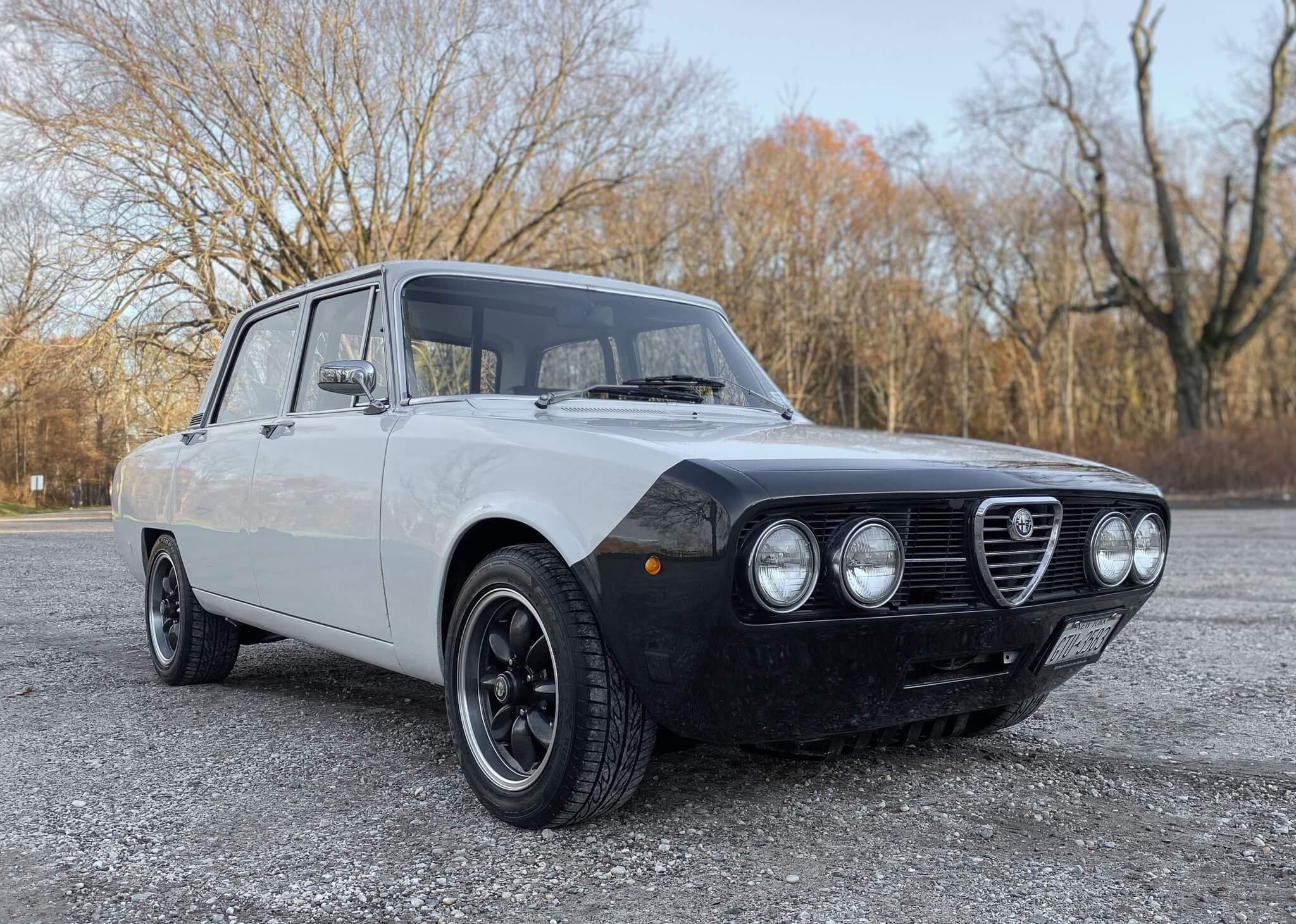 Available for auction is this 1974 Alfa Romeo Berlina 2000 finished in two-tone white and dark slate grey over a black vinyl interior. Named after the Italian for sedan, Alfa Romeo's Berlina model was introduced in 1968 and was based upon the existing Giulia sedan, with reworked styling, a longer wheelbase, and a larger engine. This 1974 example was acquired by the seller from Concourse Auto Sales of New York in 2013 and was subsequently treated to a complete bare metal restoration in 2016 including included an engine rebuild and suspension overhaul using Alfaholics parts, a transmission rebuild, a refreshed interior, Rota wheels, and more. This classic Alfa Romeo is now being offered for auction by its seller out of New York. 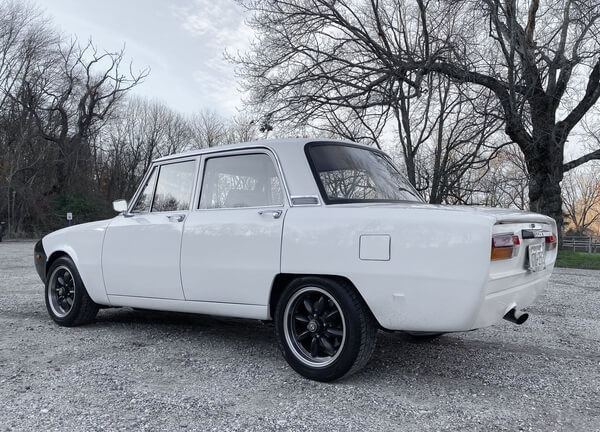 Italian design house Bertone was tasked with revising the Giulia's styling which included the smoothing of distinctive character lines and revisions to the trim. In 1971, the Berlina was updated with a larger engine and these later cars can be identified by their smaller outboard headlights, revised taillights, and different grill. During its restoration, this 1974 example was stripped to bare metal before being refinished in white with a dark slate grey front mask.  The seller has provided a collection of photos that can be found in the gallery including images from the restoration process. The front and rear bumpers have been deleted and the car rides on a set of 15” Rota wheels dressed in Firestone Firehawk Indy 500 tires from 2013. 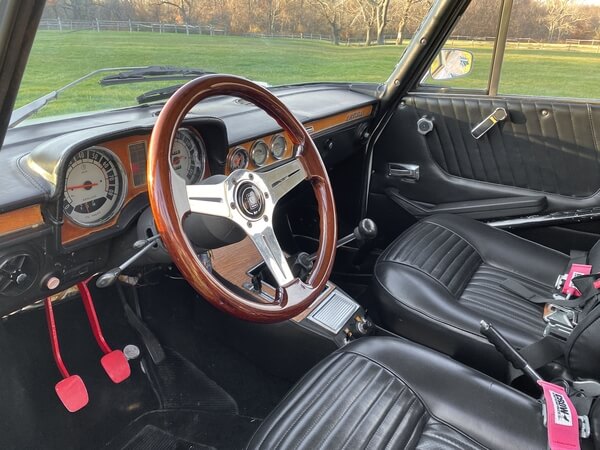 The cabin is upholstered in black vinyl with matching carpets and door panels, accented by wood veneers on the dashboard and center console. During the restoration, the cabin was reupholstered and fitted with a roll cage, a restored dashboard cover, a custom Nardi wood-rimmed steering wheel, rebuilt pedal cluster, and 4-point Crow racing harnesses. The radio has been deleted and the seller confirms that all gauges remain functional. The clock works intermittently, the rear defroster is not connected, and a dimmer switch is not functional. 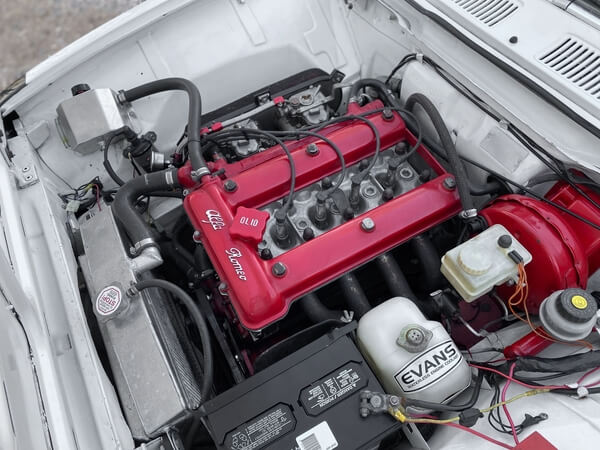 Power comes from a 1975cc twin-cam 4-cylinder engine which has been fitted with dual Webber 40DCOE carburetors. The engine was rebuilt using an Alfaholics stage 2 fast road engine package with hollow billet cams, a windage tray, a new distributor, an Alfaholics stainless steel exhaust system, lightweight pulleys with multi-rib belts, a Paul Spruell lightweight flywheel and starter, and an aluminum radiator and electric cooling fans. The rear wheels are driven by way of a 5-speed manual transmission which was rebuilt by the Alfa Import Center of Port Washington, New York. The suspension was refreshed and updated with an Alfaholics kit including Koni shocks, new springs, tie rods, and bushings. Other updates include a rebuilt braking system, new clutch hydraulics, a new GM-style fuse box, and a rebuilt steering box. The seller notes that a recent service included the repair of small oil leaks and a new master cylinder. 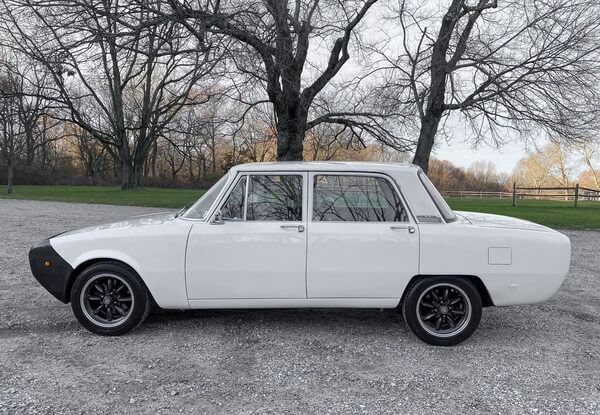