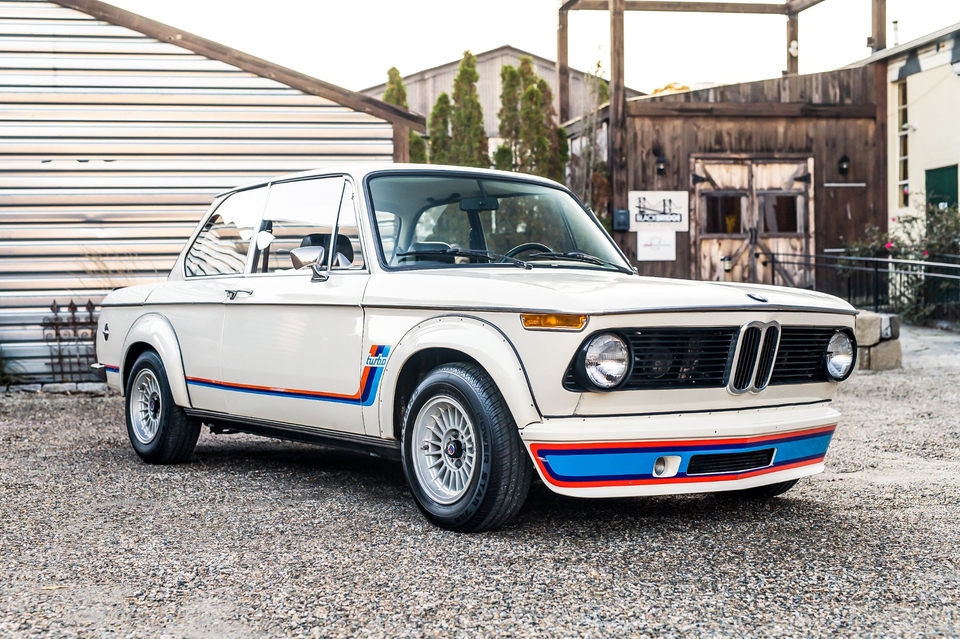 Now available for auction is this 1974 BMW 2002 Turbo presented in Chamonix White with iconic BMW Motorsports graphics.  Representing one of out of 1,672 examples built, this BMW 2002 is said to have been imported from Sweden to the United States by its original owner in 1981.  Powered by a 2.0 L turbocharged 4-cylinder engine mated to a Getrag 4-speed manual transmission with optional limited slip differential, this numbers matching 2002 is said to be in excellent driver’s condition. This classic BMW is now being offered by its seller in Connecticut with approximately 138k kilometers (85k miles) showing on the odometer. 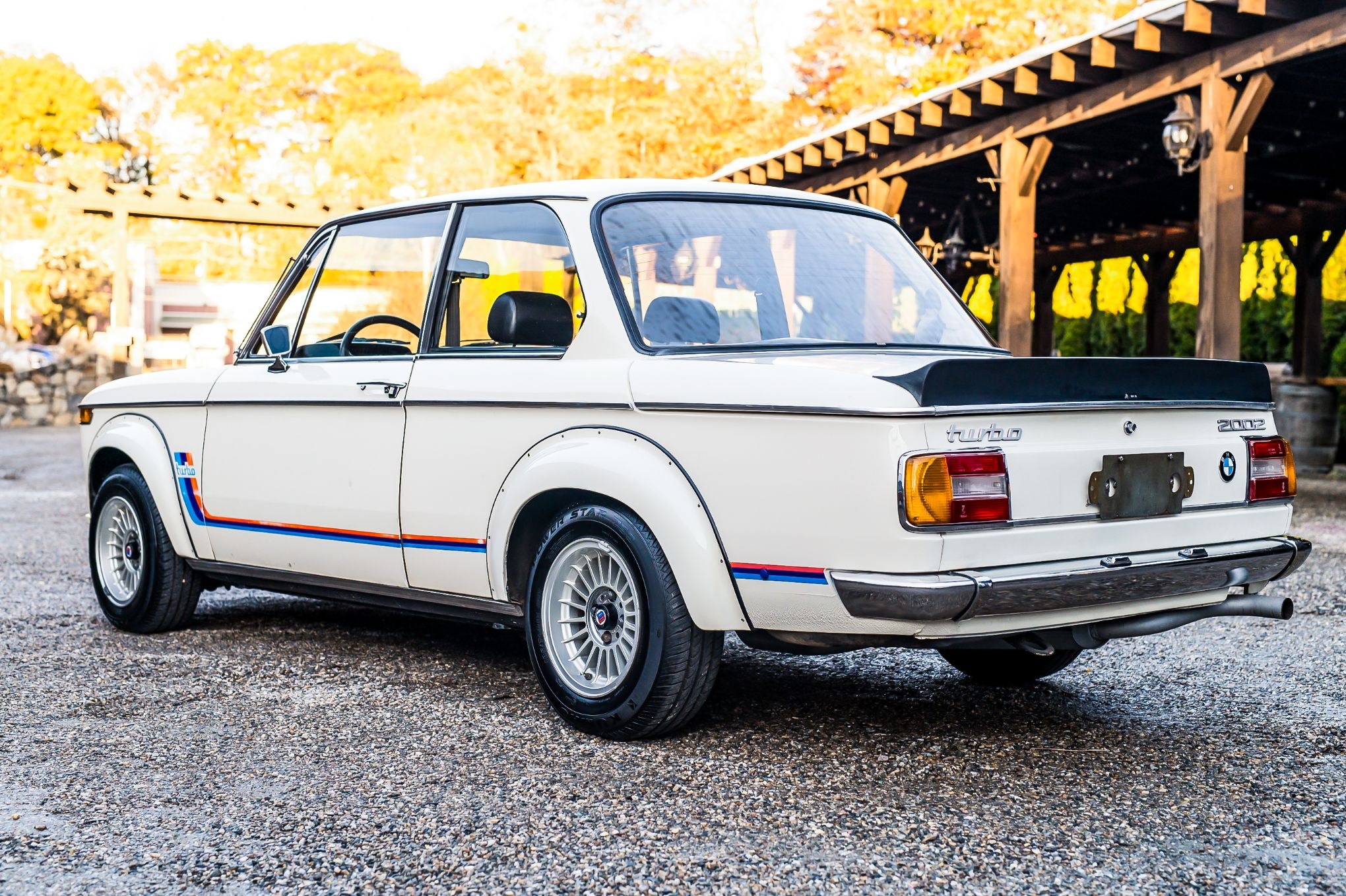 The factory specified Chamonix White (085) finish is reported to be in good overall condition with some road-going wear (detailed images are provided in the photo gallery).  The seller notes that the front windshield was also recently replaced. Exterior details include BMW Motorsport stripes on the front valence and along both sides, a rear spoiler and genuine 13” Alpina wheels which come dressed in brand new Kumho tires.  In the trunk you will also find a factory spare tire date-coded from March of 1974. 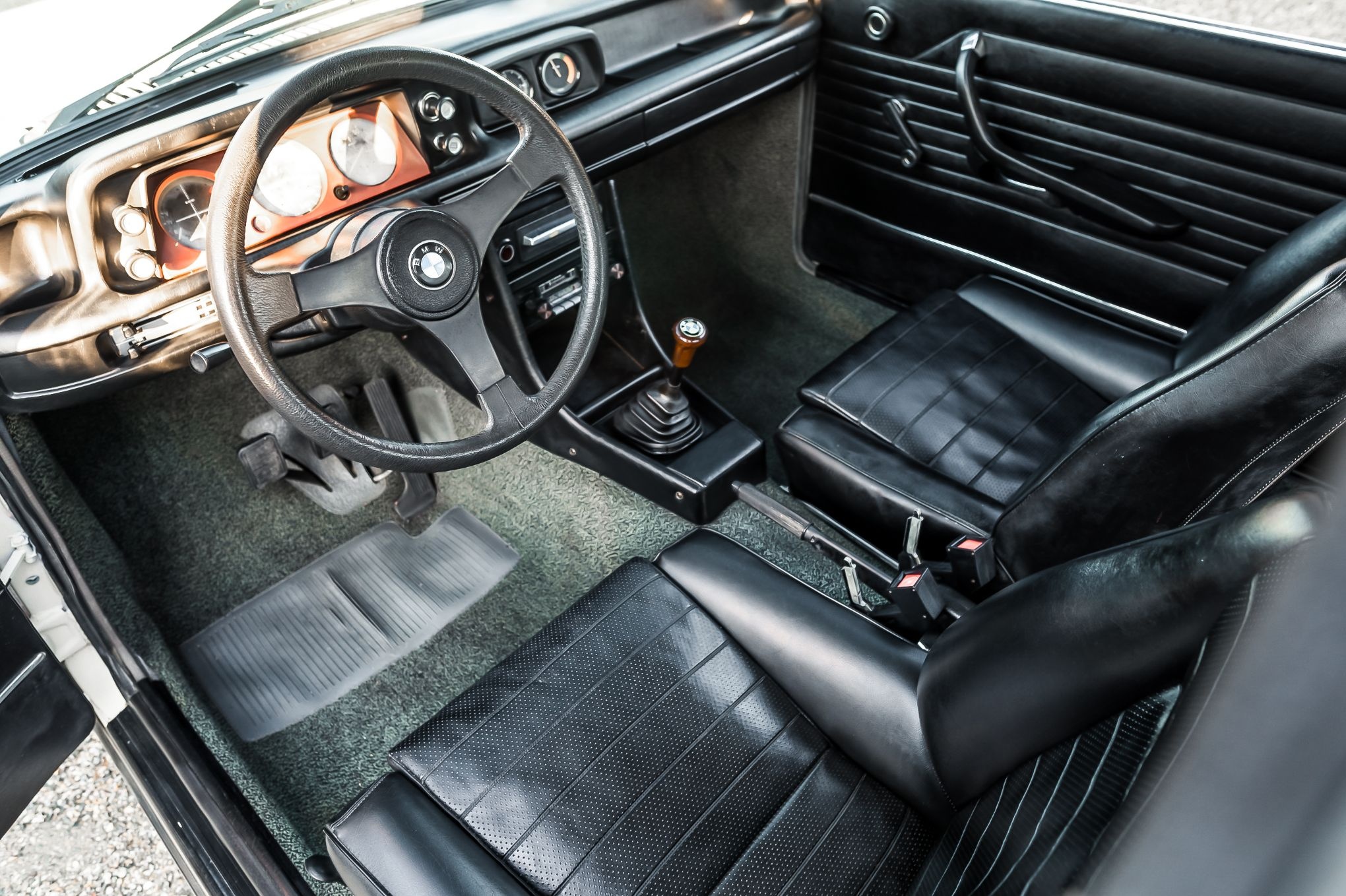 The black leatherette interior features sport seats as well as a Turbo-specific 3-spoke steering wheel, red instrument surround and a separate analog boost gauge.  Factory optional rear seat belts are also equipped along with a wooden shift knob and aftermarket Kenwood cassette radio.  All gauges and accessories are said to be operational, although the speedometer is reported to jump intermittently. 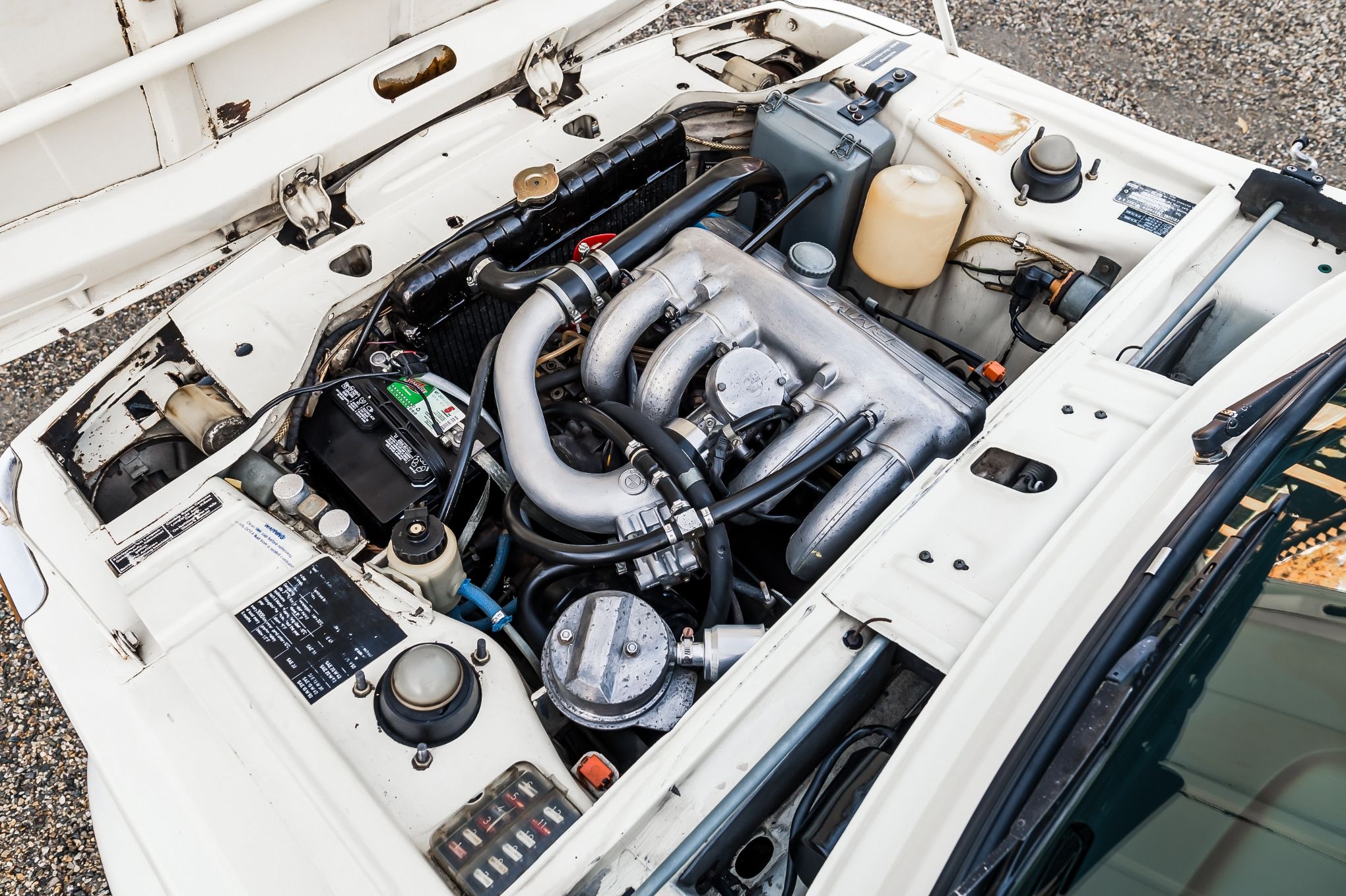 An M10 2.0 L turbocharged inline 4-cylinder engine sends approximately 170 HP to the rear wheels through a numbers matching Getrag 232 4-speed manual transmission with a factory optional limited slip differential.  This BMW is said to be in good running order and up to date on all standard maintenance. 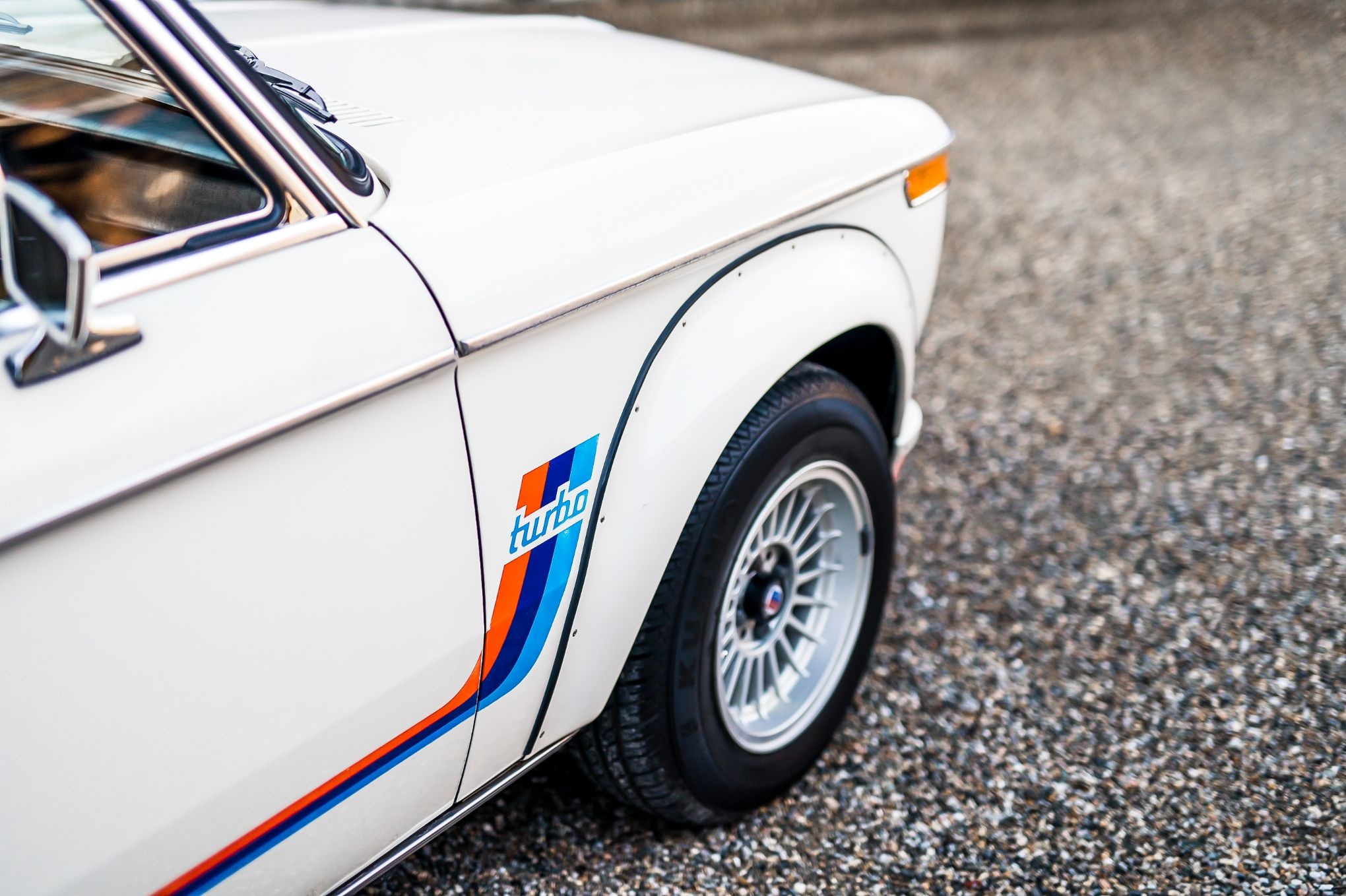 This sale will include 1 key and a clean title.  Do not miss your chance to own a legendary BMW 2002 Turbo presented in its signature configuration.