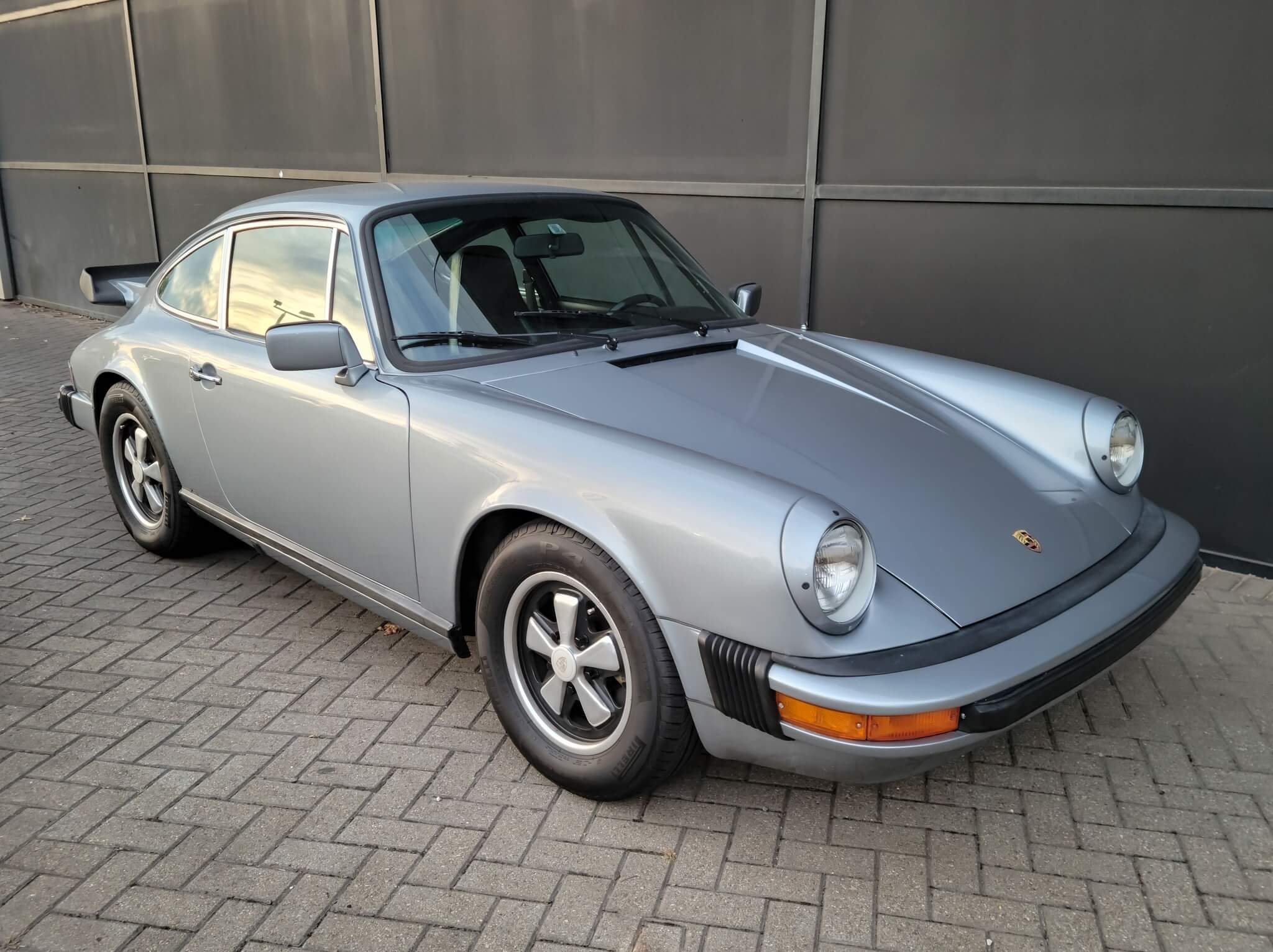 Up for auction is this 1974 Porsche 911 Coupe finished in metallic silver over a black interior.  The first of the 2.7L 911s, the 1974 model year also saw the introduction of the G-Series body style which would come to define all Porsche 911s up until 1989. This 1974 example comes equipped with a fuel-injected flat-six engine, 5-speed manual transmission, Fuchs wheels, Bilstein shocks, and a Turbo-style Whale Tail rear spoiler.  Optioned without a sunroof, fog lights, power windows, or air conditioning, this 911 is a true driver’s car for the air-cooled purist. It is now being offered for auction by its seller out of New Jersey. 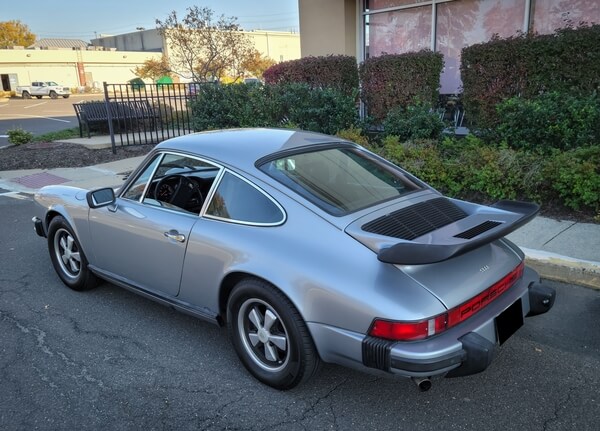 This 911 comes finished in metallic silver and sports the iconic Whale Tail rear spoiler of the original 930 Turbo fitted with an updated Tea Tray style rubber outer lip.  Other details include chrome window moldings and door handles, European-spec rear bumperettes, pop-out rear quarter windows, updated flag-style mirrors, and a slick top roof panel.  The car had been previously refinished in the current shade of metallic silver and remnants of the original special-order Metallic Blue (334) paint can be seen in the engine compartment.  Additional images are provided in the photo gallery.  This 911 rides on a set of classic 15” Fuchs wheels which were reportedly dressed in a set of new Pirelli P4 tires within the last year. 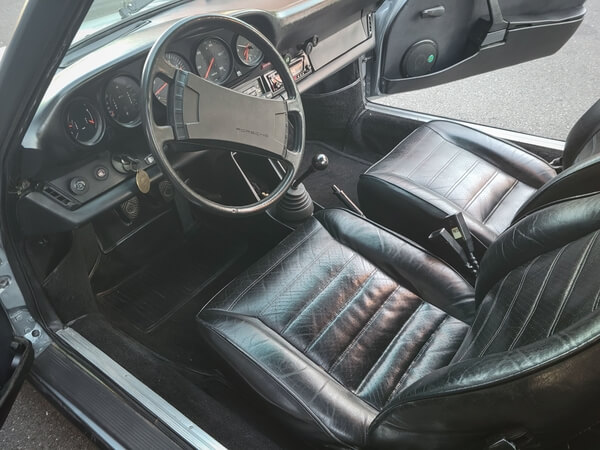 Inside, you will find a black leatherette interior with manual roll-up windows, an updated Blaupunkt radio, and upgraded Blaupunkt door speakers.  The seller reports that the blower motor is currently nonfunctional and describes the cabin to have been kept in good condition for its age. The 5-digit odometer currently reads just over 43k miles, and the true mileage is reported to be closer to 143k.

Power comes from an air-cooled 2.7L flat-six engine with Bosch K-Jetronic fuel injection.  The engine has been fitted with larger heat exchangers and an upgraded aftermarket ignition module.  The rear wheels are driven by way of a 5-speed manual transmission.  Newer Bilstein shock absorbers can also be seen in the rear.  The seller reports annual oil changes to have been kept up to date and notes that the spark plugs were all replaced within the last year.  Only minor oil leaks are noted from the engine, images of the undercarriage are provided in the gallery. 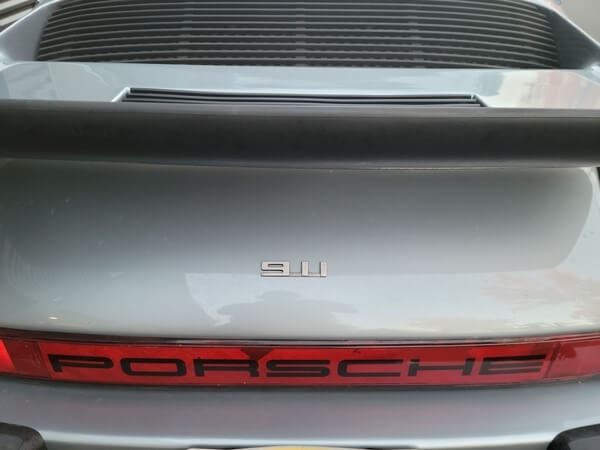 This sale will include a collapsible spare tire and a clean title.  For any enthusiast looking to enjoy the open road behind the wheel of a classic air-cooled 911, this 1974 example is not to be overlooked.