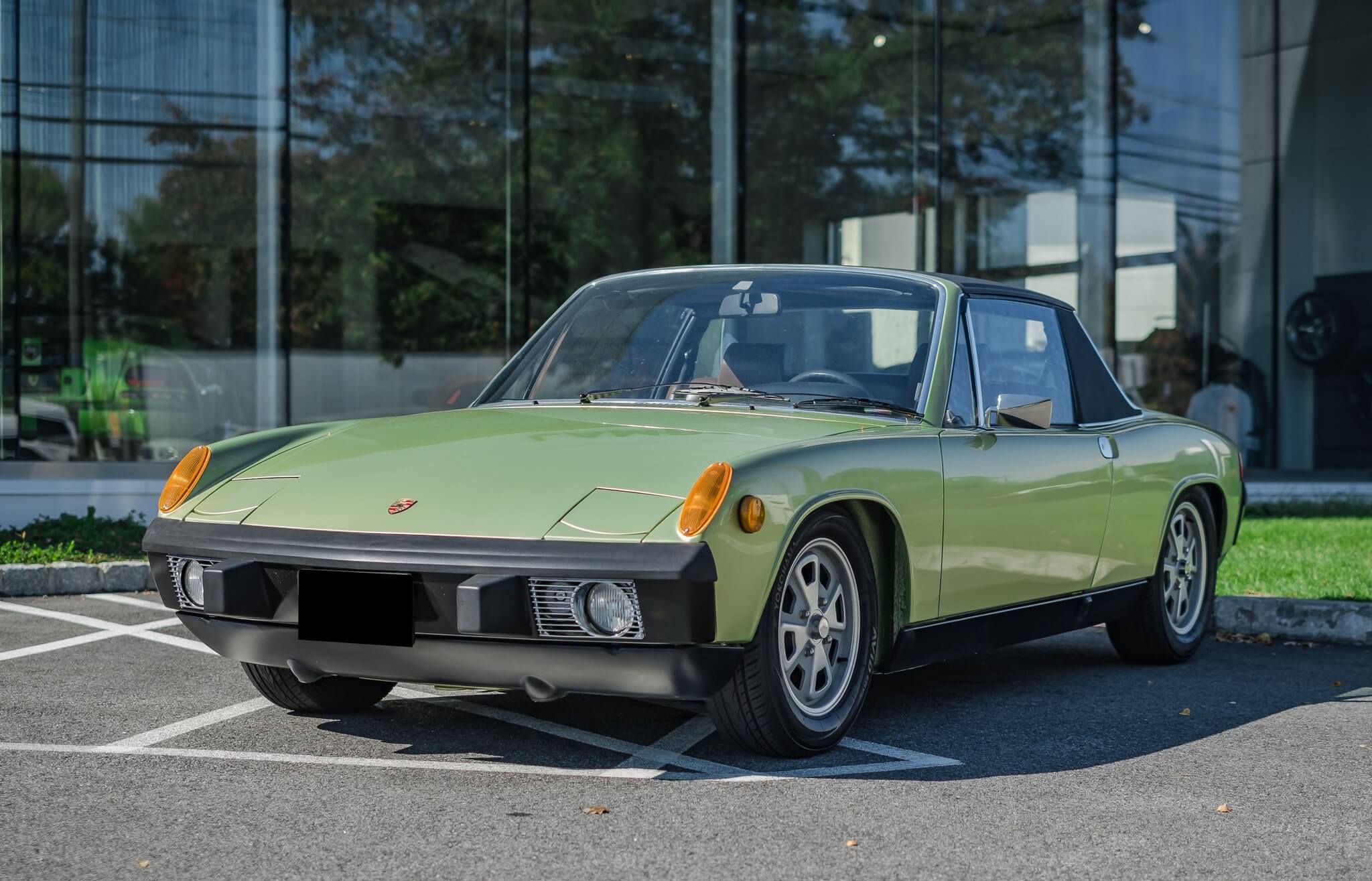 Up for auction is this 1974 Porsche 914 2.0 finished in Delphi Green Metallic over a brown leatherette interior.  Among the latest iterations of the Porsche 914 sports car, this 1974 example was delivered new in California featuring a fuel-injected 2.0L engine paired with a 5-speed manual gearbox.  The car earned a Porsche Club of America Manhattan Circle Trophy in 1995 the same year it was featured in Porsche Panorama magazine.  In 2006, this example was also featured as the cover of Brian Long’s book, Porsche 914 & 914-6: The Definitive History of the Road & Competition Cars.  Reported to have been cared for by its original owner up until 2012, this rare Delphi Green Metallic 914 2.0 is now being offered for auction by its seller out of New Jersey. 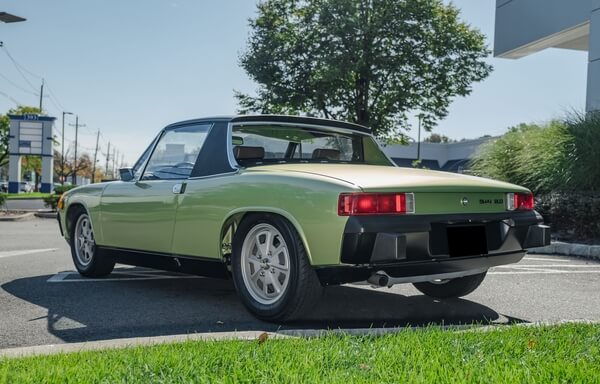 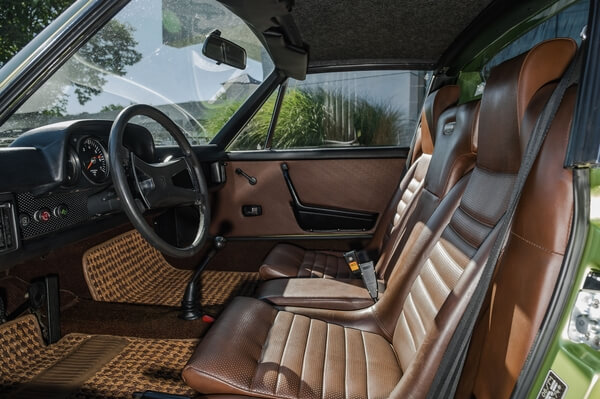 The cabin is trimmed in brown leatherette upholstery with matching carpets, a black dashboard, and basketweave pattern inserts on the seats and door panels.  Equipment includes heating and ventilation controls, manual wind-up windows, brown Coco floormats, a removable black roof panel, and a suite of analog VDO instrumentation. The 5-digit odometer currently reads approximately 14k, which is believed to be the car's original mileage.\ 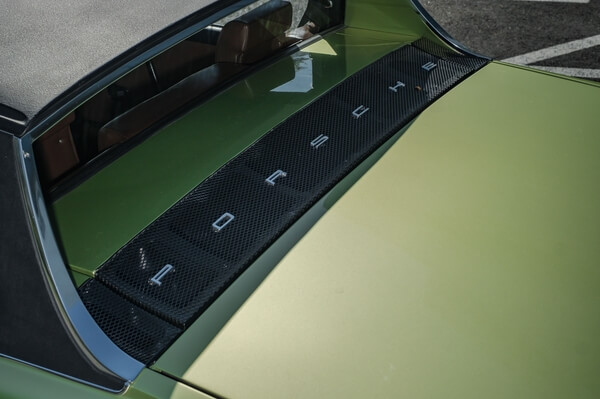 This 914 is equipped with an air-cooled 2.0L flat-four engine featuring Bosch fuel injection and an output of up to 95 HP.  A 5-speed manual transaxle drives the rear wheels.  Other features include 4-wheel ventilated disc brakes and independent suspension front and rear.  Some mechanical work was carried out in 2012 after the car had been sitting since 1995, and there are no outstanding service items reported at this time. 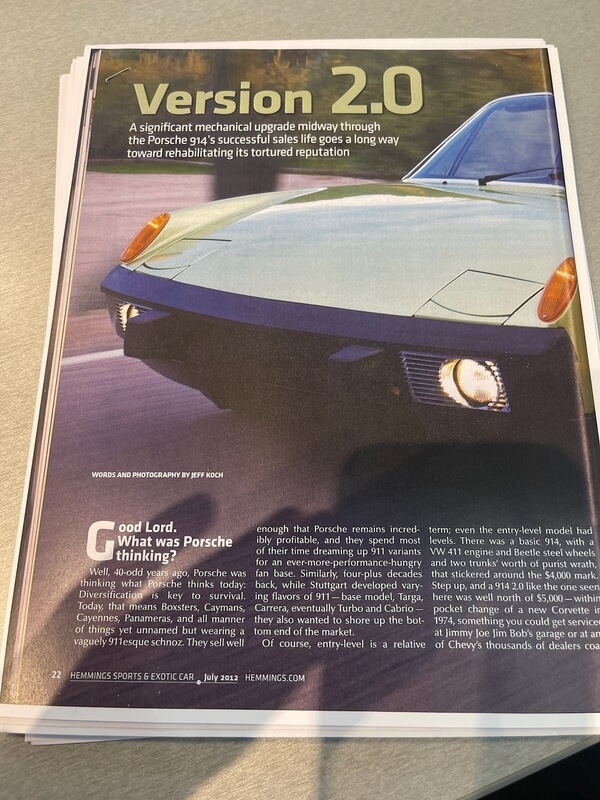 This sale will include some documentation, a copy of the Porsche Certificate of Authenticity, and a clean title. Beautifully presented in its rare factory color combination, this 914 is ready to be driven and displayed by a new caretaker.