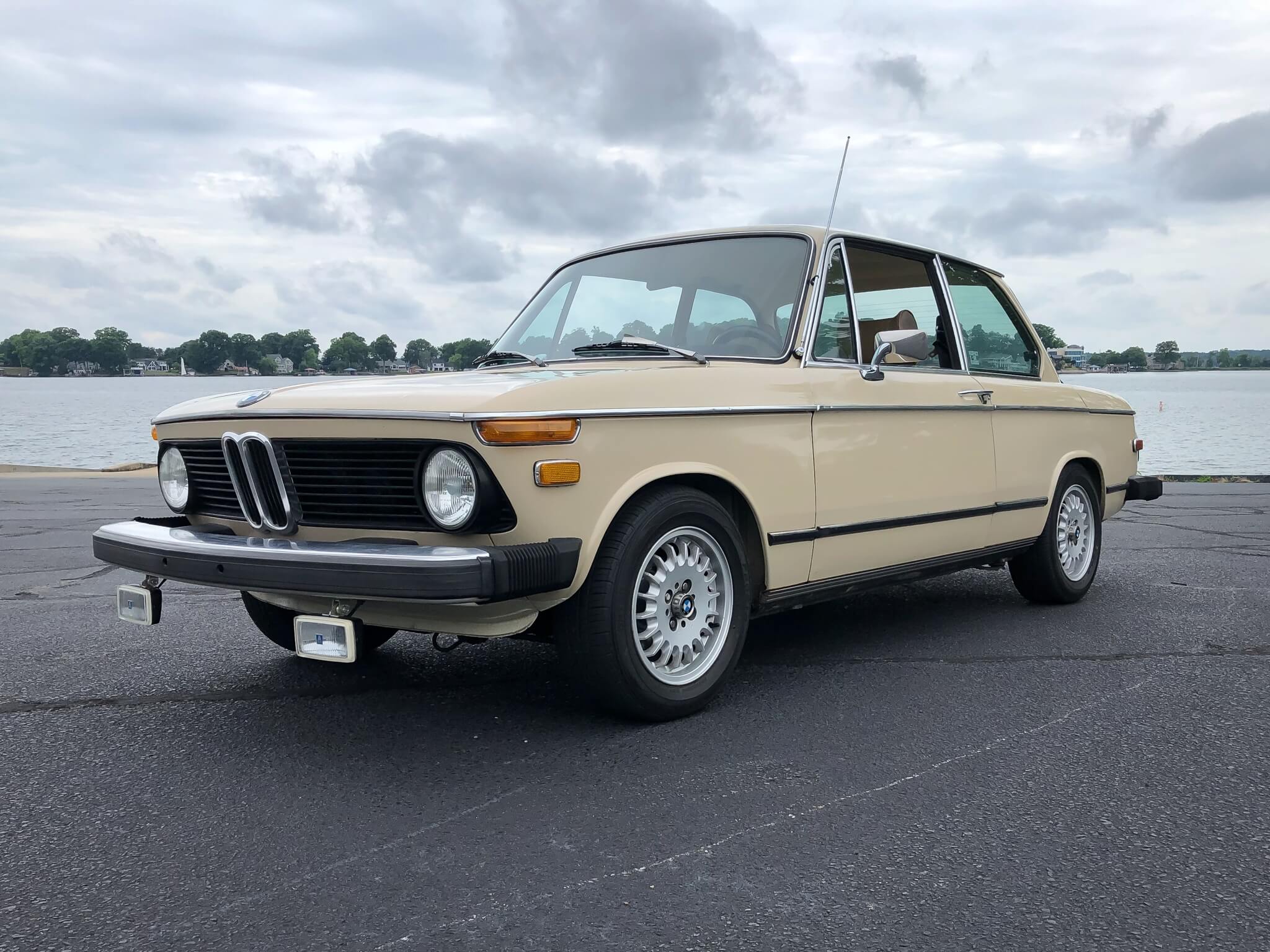 Now available for auction is this 1975 BMW 2002 finished in Sahara over a tan vinyl interior.  Created following Max Hoffman’s request for a sporting version of BMW’s 02 Series, the 2002 is widely regarded as the car that brought BMW to the forefront of the U.S. automotive market.  This 1975 example was sold new in South Carolina where it had spent its entire life before moving to San Diego shortly before the seller’s purchase in 2017.  It has since been relocated back to the Carolinas where the seller has carried out extensive refurbishment including suspension upgrades and a full rebuild of the engine. Accompanied by service documentation dating back to 1977, this 2002 has traveled approximately 1k miles on the rebuilt engine and is now being offered for auction by its seller out of North Carolina. 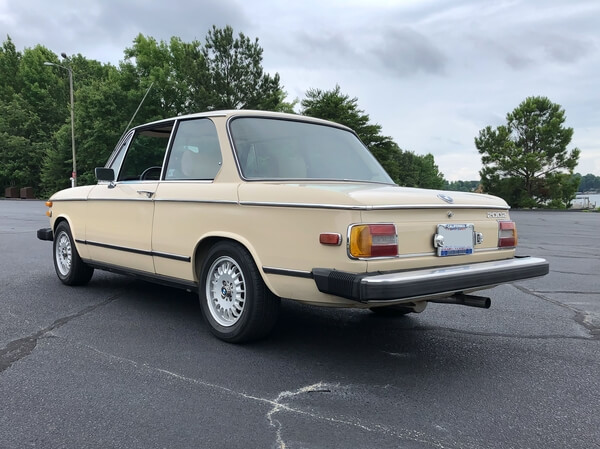 This 2002 wears its original color of Sahara and the seller reports some minor dings and signs of road-going wear throughout the exterior, detailed images are provided in the photo gallery.  The wheel wells, fenders, radiator support, quarter panels, doors, trunk, and spare tire compartment are all reported to be free of rust, although surface corrosion is noted around some trim pieces.  The glass is believed to be original, and the windshield has a small crack on the passenger side. The battery tray and driver’s side frame rail were previously replaced following a battery leak. Some of the rocker panel trim has been secured with screws by the previous owner. The seller has added a pair of Hella 150-series driving lights under the front bumper, which are connected to a relay and switch in the center console. This 2002 rides on 14” BMW Style 13 “bottlecap” wheels which are said to have been dressed in new Ohtsu tires within the last year. 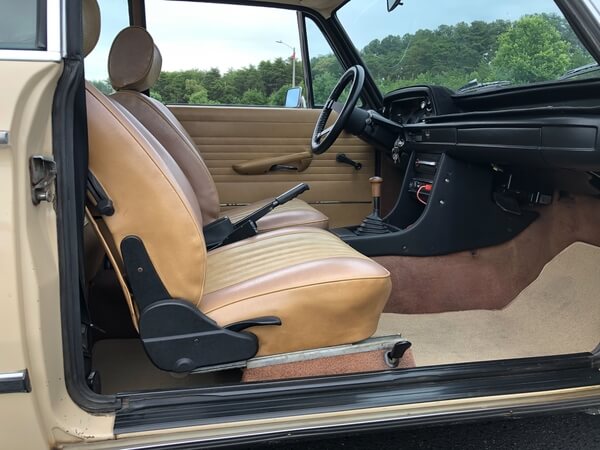 The tan vinyl interior features a black dashboard, newer floor mats, a fitted dashboard cover, and an upgraded Alpine Bluetooth stereo. The headliner, visors, and door panels are all stated to be in good condition while the dashboard exhibits some cracks. The seat adjustments work well, but the seatback release mechanisms are said to require some effort to operate. The windows open and close properly and the door stops have been recently replaced. 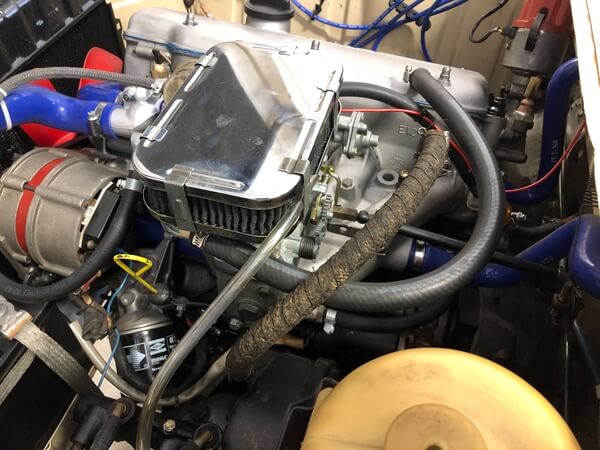 This 2002 is powered by a BMW M10 inline 4-cylinder engine which was completely rebuilt and upgraded in 2018.  The block was hot tanked, bored, honed, and checked for cracks. The crank, rods, and pistons were reconditioned and balanced. The cylinder head received a minor port and polish, ARP head studs, a 292-grind camshaft by Elgin, a ported intake manifold to match the head, and all new valves, retainers, and springs. Ireland Engineering exhaust headers were installed and paired with a full custom exhaust system. The factory carburetor system was replaced with a Weber 38/38 with an electronic choke. The electrical system was upgraded with an Ireland Engineering electronic distributor and a Bosch blue ignition coil. New alternator bushings, a new water pump, and rebuilt oil pump were also installed. The 4-speed manual transmission has been replaced and fitted with a new clutch and throw-out bearing.  The suspension has been upgraded with Eibach lowering springs, ST sway bars, Bilstein shocks, and polyurethane bushings in the front end. The front brakes have received upgraded discs and pads, and the rear brakes have been cleaned and adjusted. A slight oil leak has been reported when the car sits for several days and is suspected to be coming from the differential case.  This 2002 is reported by the seller to be in strong mechanical order while generating approximately 140 HP from the upgraded engine. 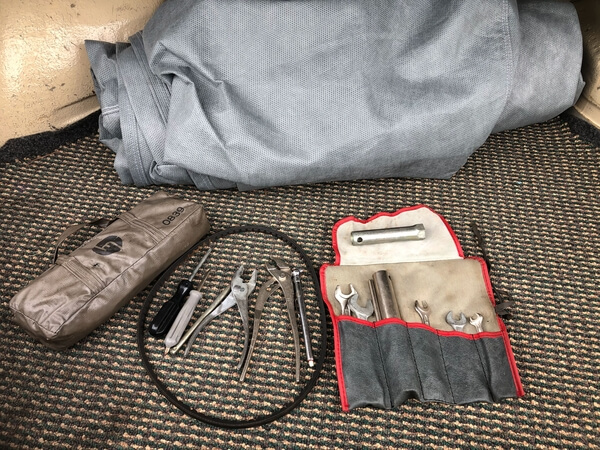 This sale will include a collection of records and invoices, a toolkit, an assortment of spare parts, and a clean title.  With its upgraded engine, suspension and comprehensively documented history, this BMW 2002 makes an excellent selection for any driving enthusiast in search of a classic European sports car.