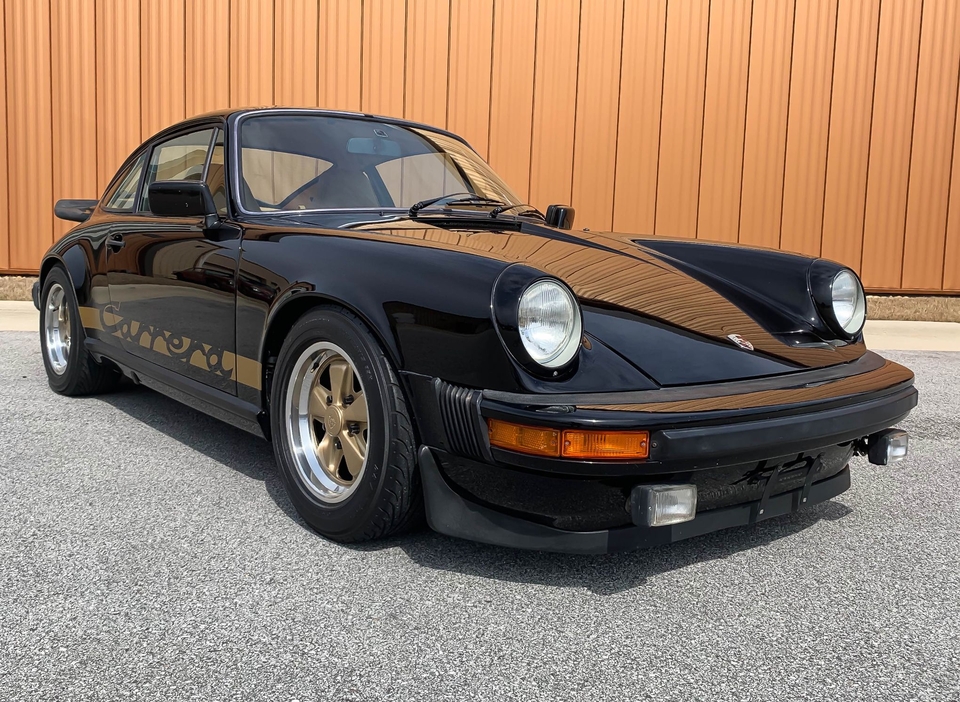 Up for auction is this collectible 1975 Porsche 911 Carrera Sunroof Delete Coupe presented in black over a Cinnamon leather interior.  Representing #39 out of a total 395 U.S. spec examples built for the model year, this number’s matching 1975 Carrera features a sought-after factory sunroof delete, making it an absolute treasure in the eyes of enthusiasts and collectors alike.  Showcasing iconic air-cooled styling, this beautifully maintained 911 is now being offered for auction in excellent driving condition by its seller in Alabama. 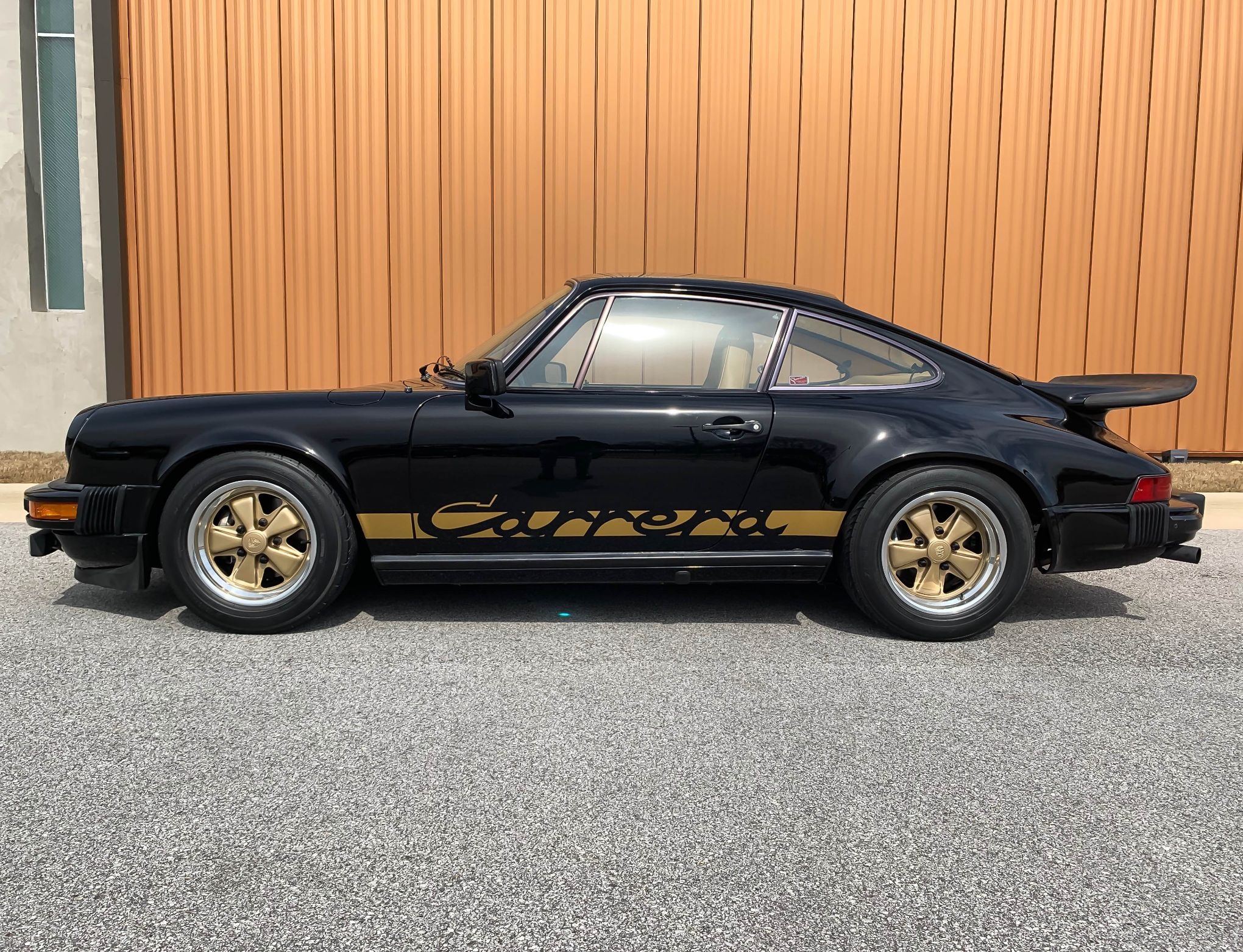 This 911 sports a black exterior finish which is complimented by gold “Carrera” side scripts along both doors.  The paint is stated to be in excellent condition after undergoing a glass out/bare metal repaint from its original Bitter Chocolate to black (detailed images have been provided in the photo gallery).  Noteworthy details include front fog lights, a distinctive “whale tail” rear spoiler and factory gold-finished Fuchs wheels which are currently mounted with a set of Yokohama tires. 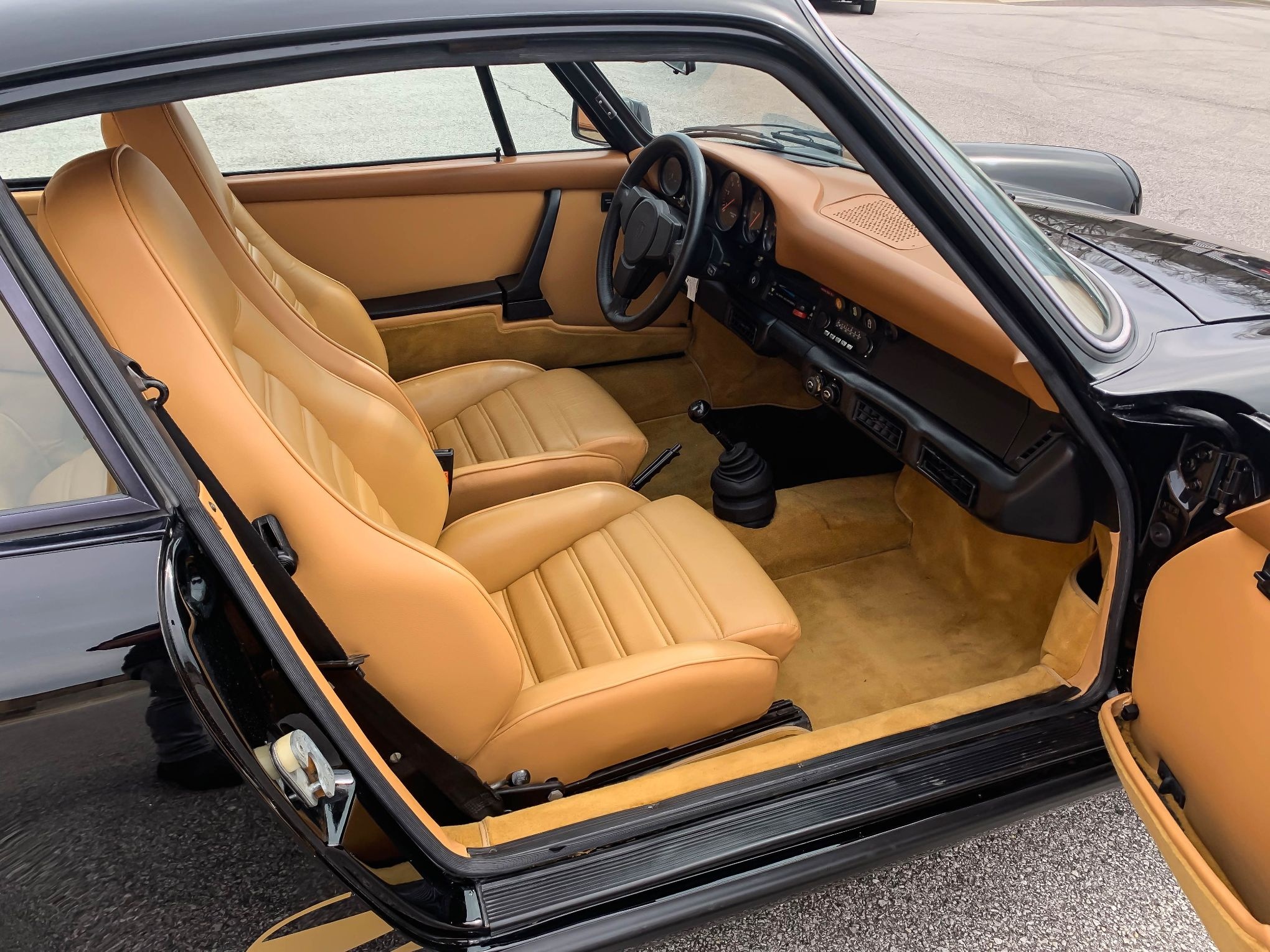 Inside, the driver is situated in a restored Cinnamon leather upholstered cabin.  This classic interior is stated to be in impeccable condition with all gauges and electrical components remaining fully functional.  Features include air conditioning with lower dash vents, a thicker steering wheel in leather, Sport seats and power windows. 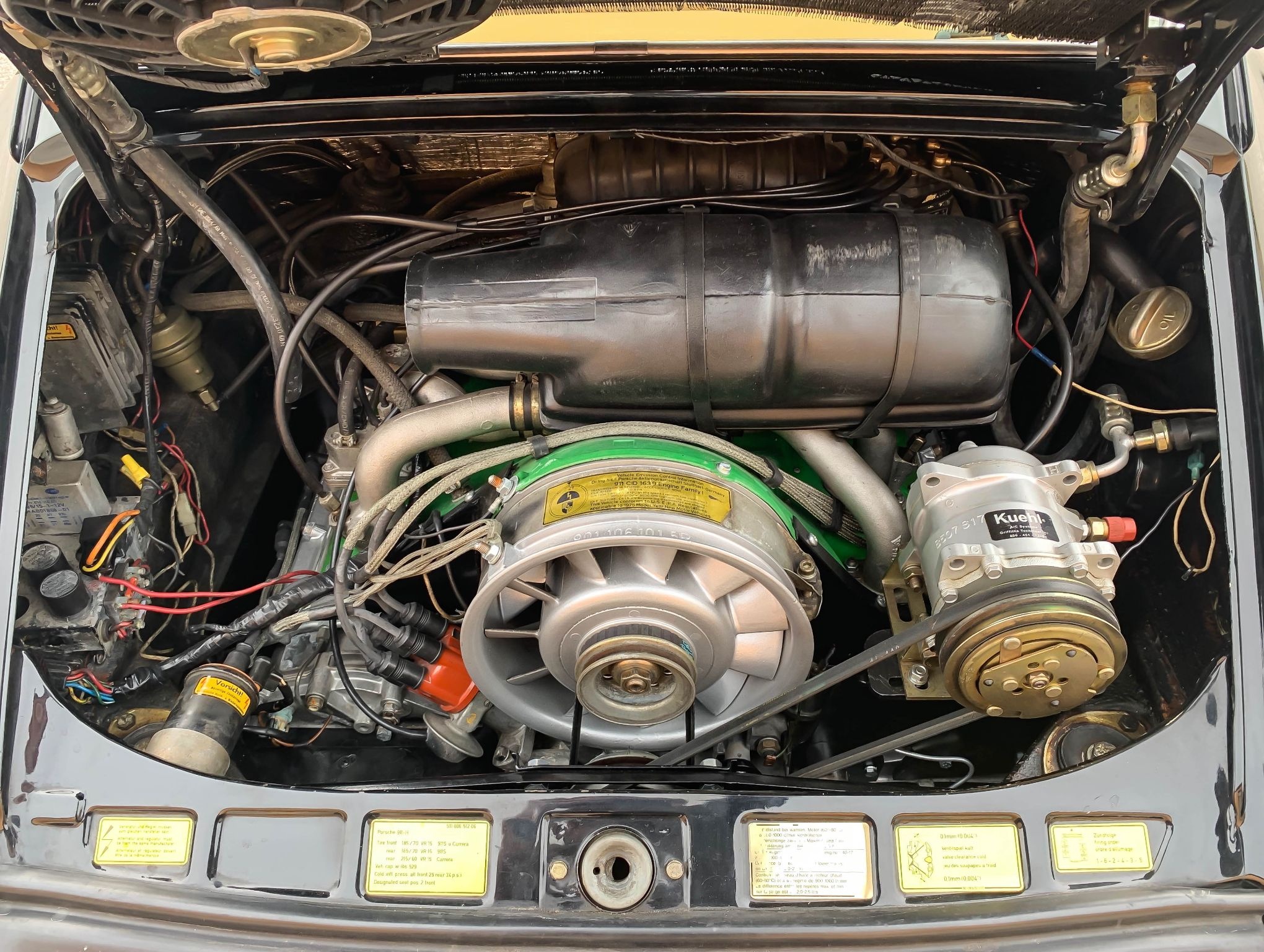 This Carrera is powered by its original 2.7 L flat-six engine which sends approximately 165 HP to the rear wheels by way of a number’s matching 5-speed manual transmission.  The engine is stated to have been rebuilt by a previous owner. A desirable factory sunroof delete provides weight savings at the highest point in the car while also improving structural rigidity.  In June of 2016, a comprehensive service was carried out which included a fresh engine seal, fluid and filter changes, a new air conditioning compressor, new spark plugs and an engine overhaul gasket set.  While the engine was apart all sheet metal, aluminum and yellow-finished components were degreased and freshly powder coated.  In June of 2019 a full service was performed which included a new battery and Bosch fuel pump.  Reported to be up to date on all scheduled maintenance, this 911 is said to remain in excellent running order. 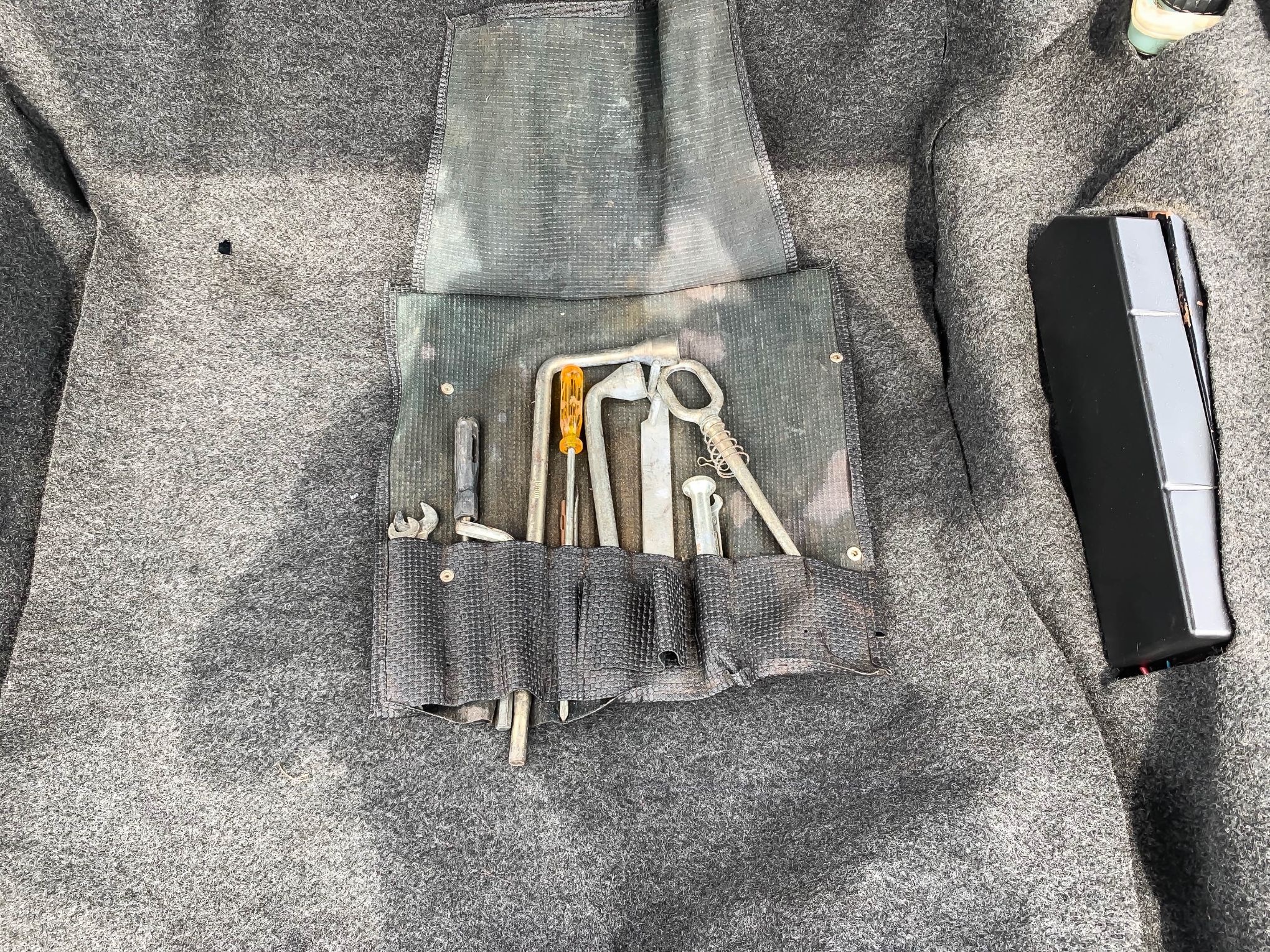 The sale of this Carrera will include original books and tools, master key, service records and a Porsche Certificate or Authenticity.  A truly exceptional example, this 1975 Carrera Sunroof Delete is not to be overlooked.