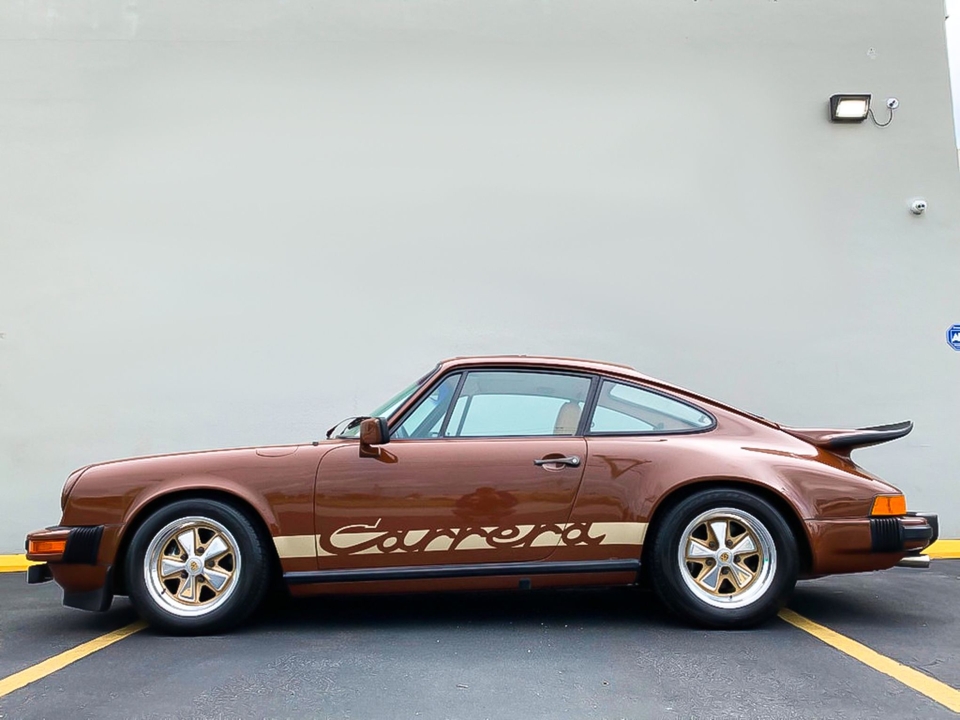 We are pleased to present this 1975 Porsche 911 Carrera coupe finished in Bitter Chocolate over a Beige/Tan leatherette interior.  Awarded best-in-class during the 2015 Das Renn Treffen Porsche event, this number’s matching 1975 example shows to be in excellent overall condition.  Representing one of a small number of U.S. Carrera’s built for the model year, this 911 underwent a recent engine and transmission rebuild and is now being offered for auction showing approximately 78k miles on the odometer. 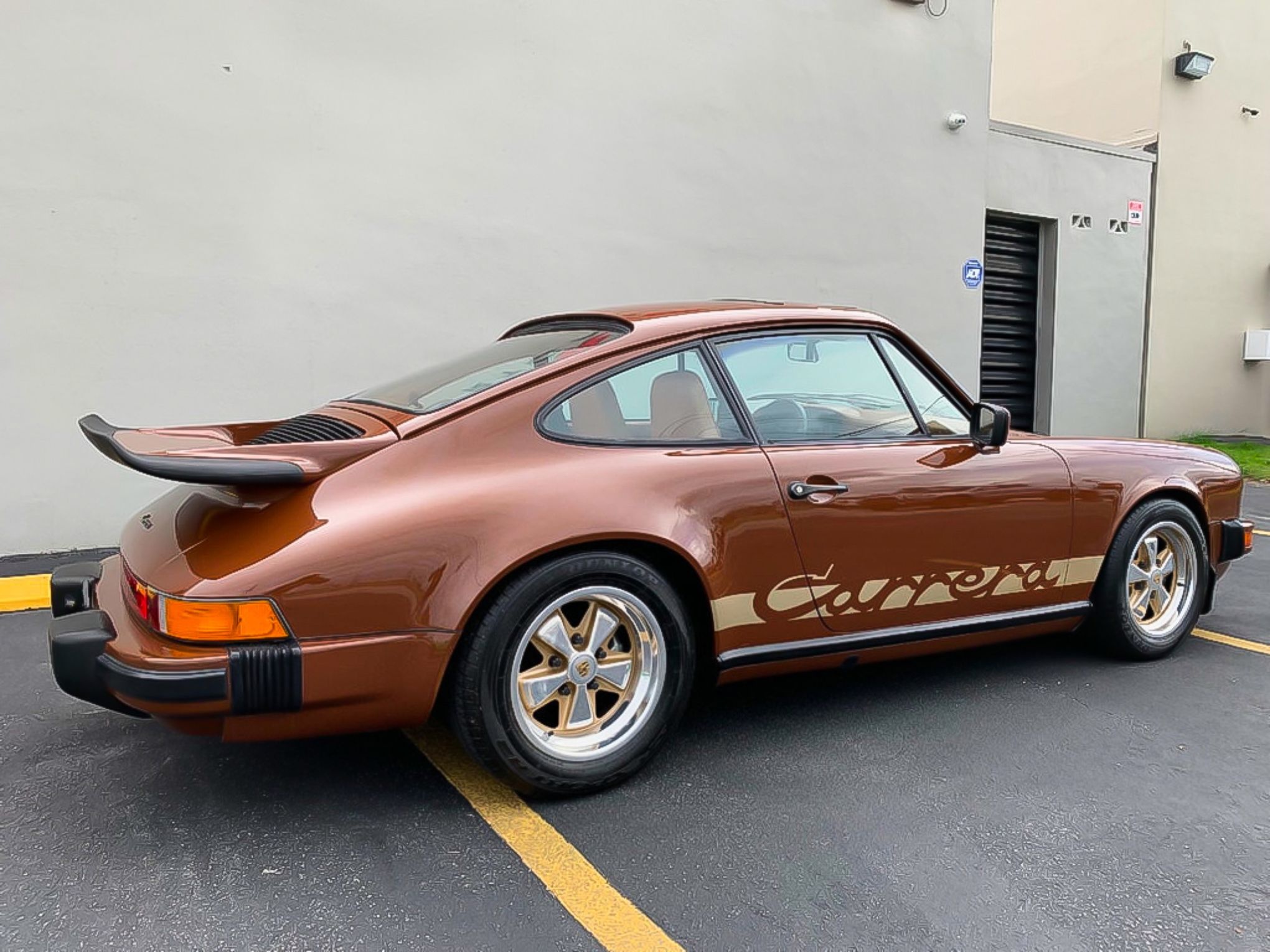 This Carrera is said to have been treated to a professional glass-out respray in its factory original color of Bitter Chocolate.  The paint is shown to be in exemplary condition (detailed images are provided in the photo gallery).  Exterior details include golden “Carrera” side script along both doors as well as a distinctive “whale tail” rear spoiler.  This 911 retains its original Fuchs wheels which are finished in silver with contrasting gold inlays and wear an older set of Dunlop tires. 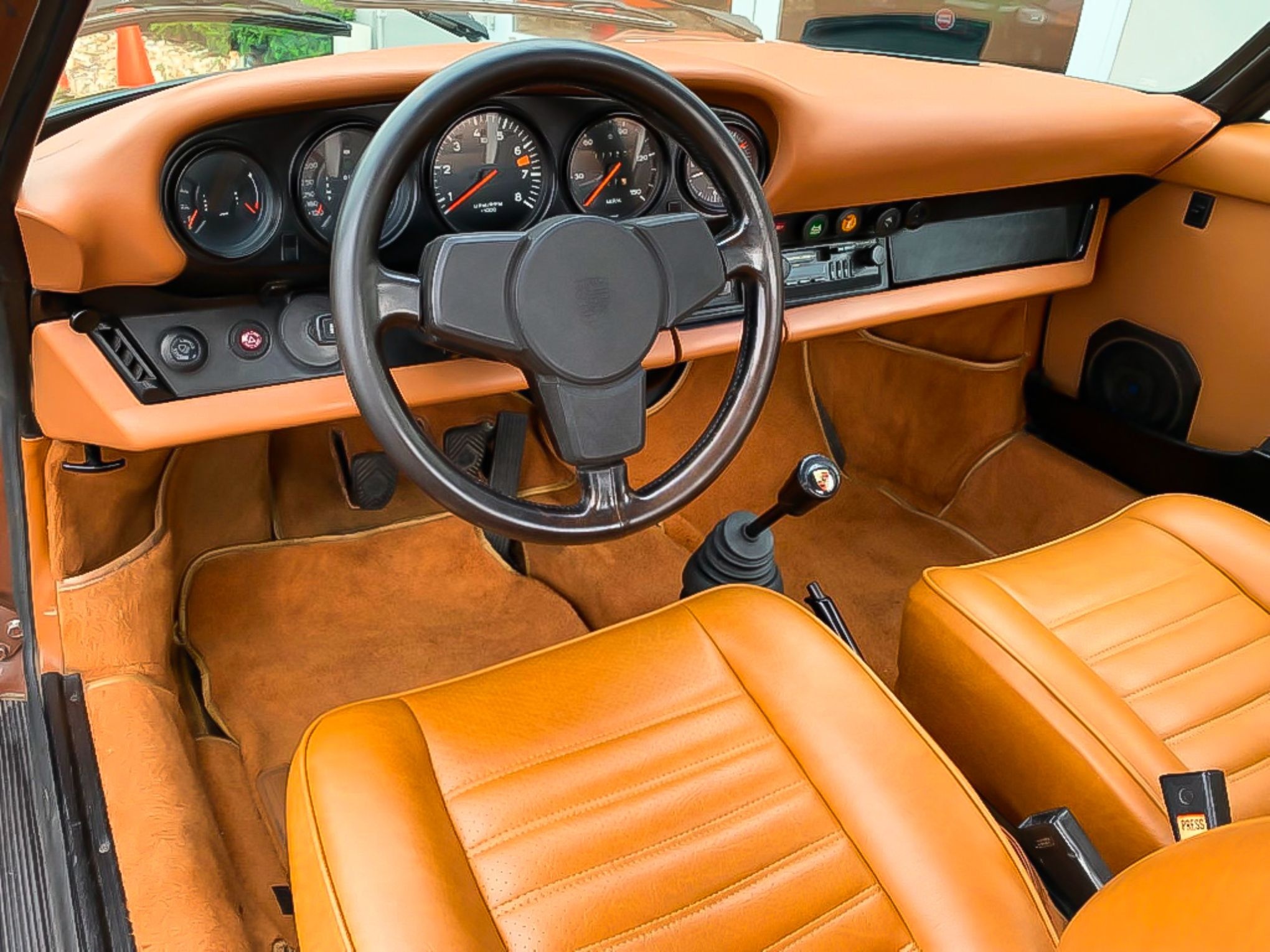 Inside, the classic tan leatherette interior has been restored to a very high standard.  Factory options include a power operated sunroof, power windows and a Blaupunkt radio.  All gauges, electrical components and accessories are said to be fully functional. 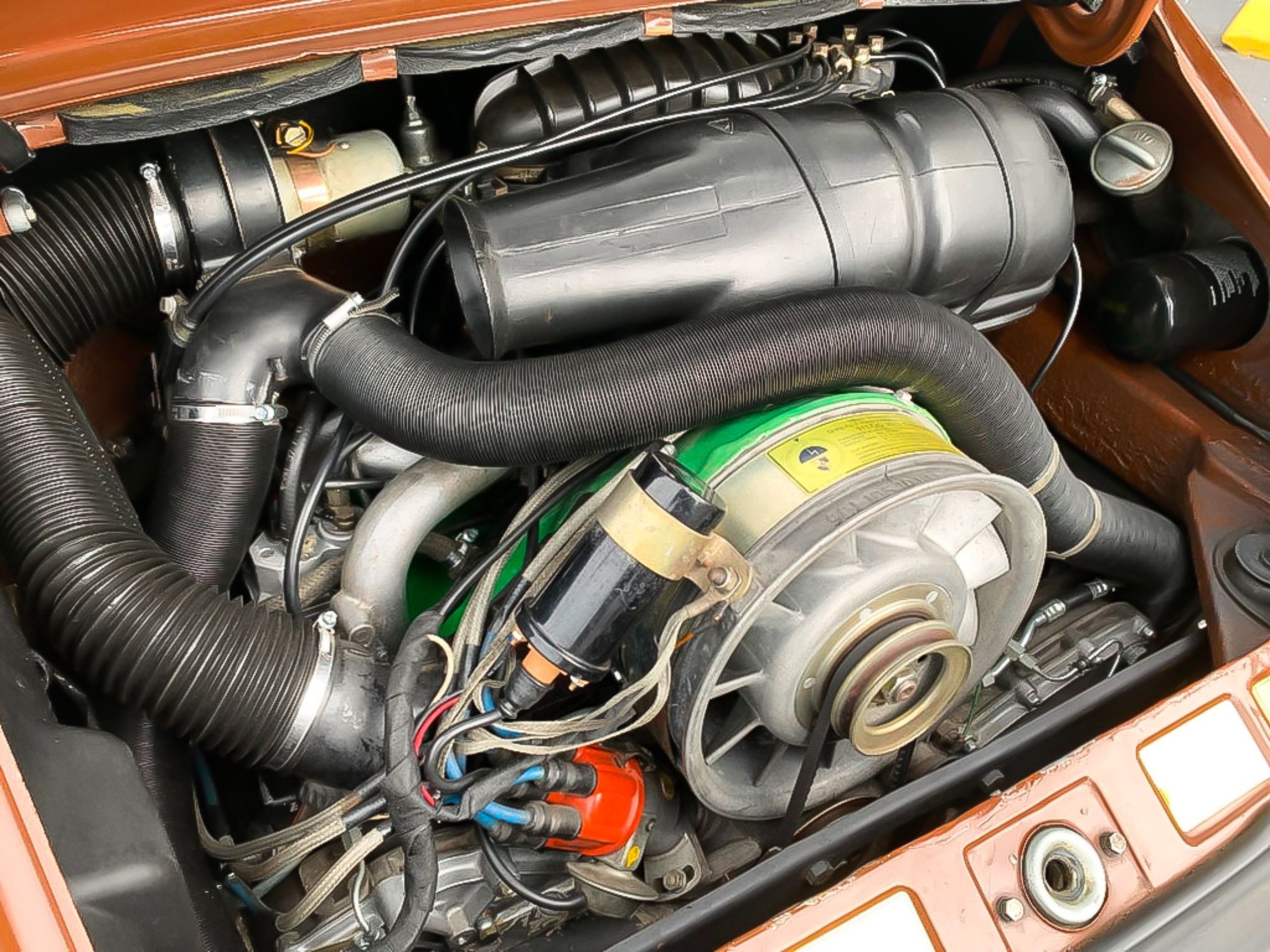 This 911 carries its original air-cooled 2.7 L flat-six engine which sends 165 HP to the rear wheels by way of a number’s matching 5-speed manual transmission.  At 77k miles, an extensive mechanical service was carried out by Sewickley Porsche which included a full engine and transmission rebuild.  Invoices detailing all of the work performed during this time are provided in the photo gallery.  Stated to be in superb driving condition, this Carrera is ready to put a smile on the face of its next owner. 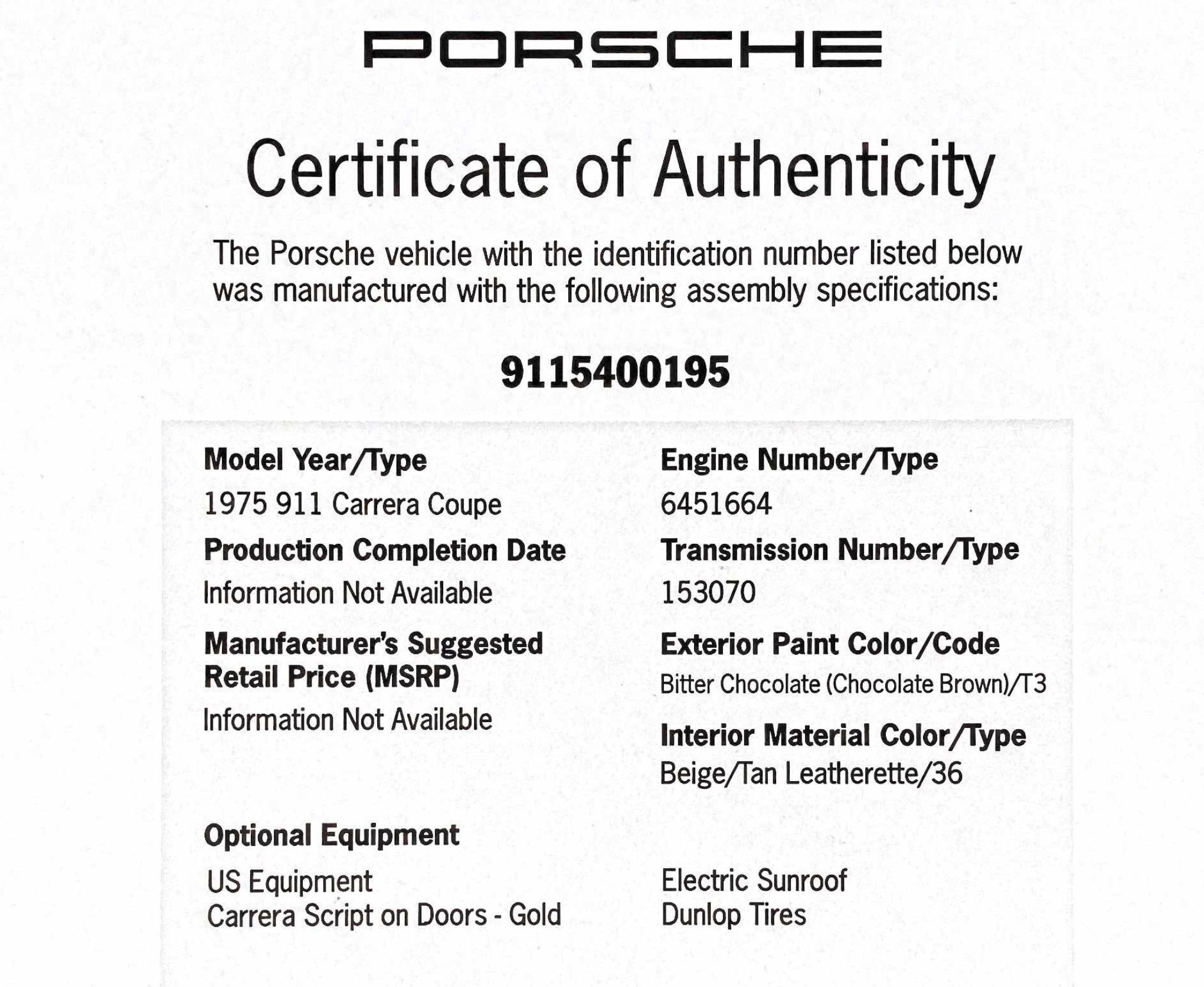 The sale of this remarkable 1975 911 will include one key, original books and tools, service records and a Porsche Certificate of Authenticity.  Showcasing iconic air-cooled styling, this beautifully configured Carrera coupe is a Porsche collector’s dream come true.