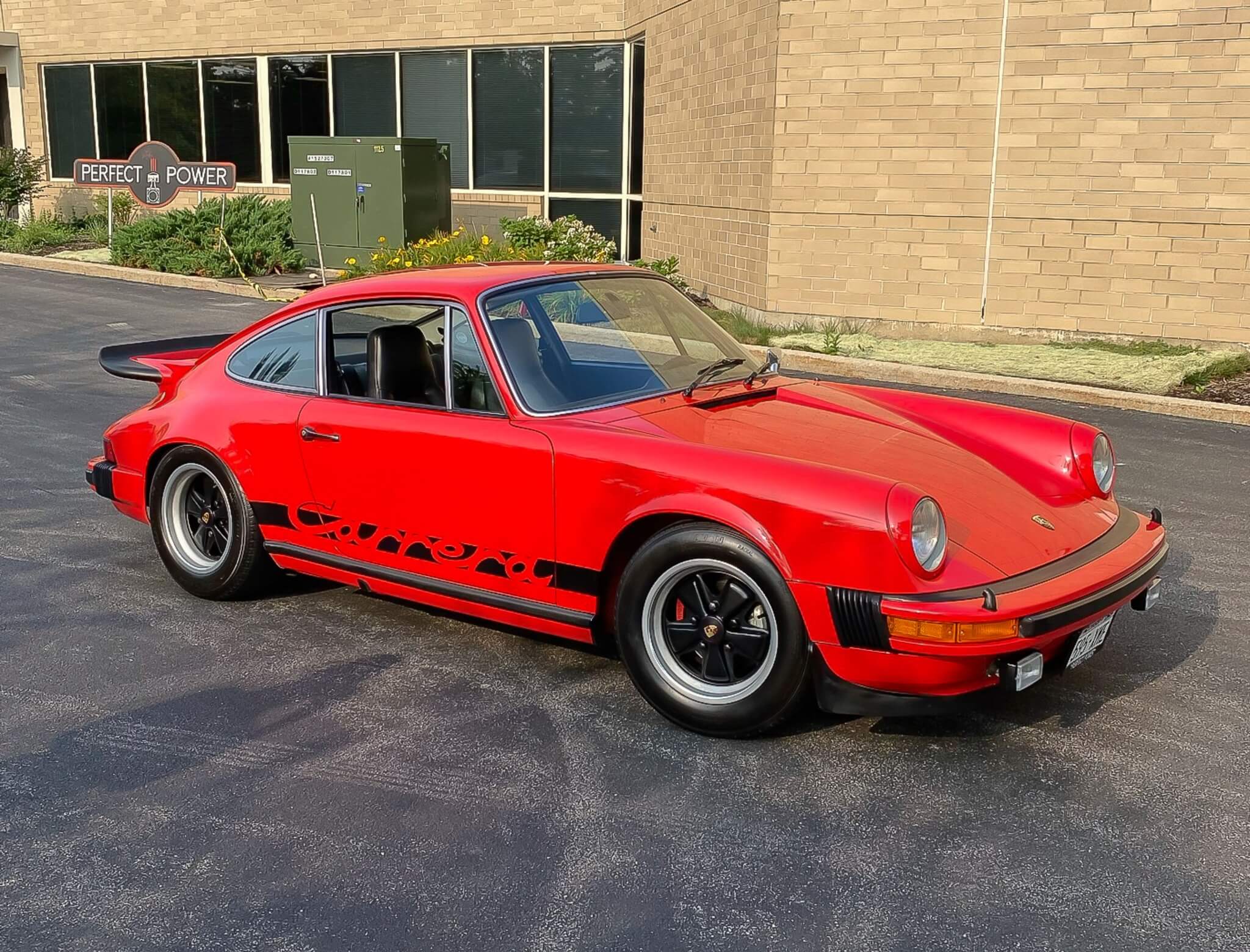 Offered as the top-range Porsche 911 in the U.S. market from 1974 to 1975, the Carrera 2.7 embodied the spirit and performance of the legendary 1973 Carrera RS in the new G-series platform. This 1975 example comes finished in Guards Red over a black interior and was factory optioned with a limited-slip differential and Koni shock absorbers. The car is supported by a numbers matching Porsche Certificate Of Authenticity and is now being offered for auction by its seller out of Illinois showing approximately 45k miles on the odometer. 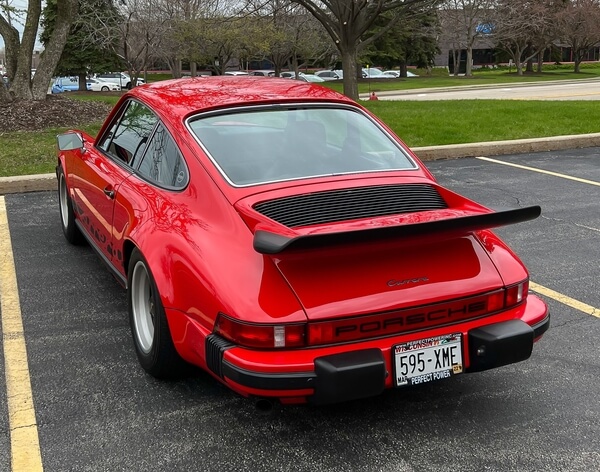 This 911 is finished in Guards Red with contrasting Carrera side stripes. The 1975 model year Carrera features a Whale Tail rear spoiler borrowed from the original 930 Turbo supplemented by a rubber front chin spoiler to help balance airflow. Other equipment includes a chrome driver’s side mirror, optional headlight washers, and front fog lights. Compared to a contemporary 911S, the Carrera featured flared fenders to accommodate wider Fuchs wheels measuring 7” wide in front and 8” wide in the rear. The 15” alloy wheels on this Carrera are dressed in older Avon CR6ZZ tires. The seller describes the paint to have been kept in fantastic original condition, detailed images are provided in the gallery. 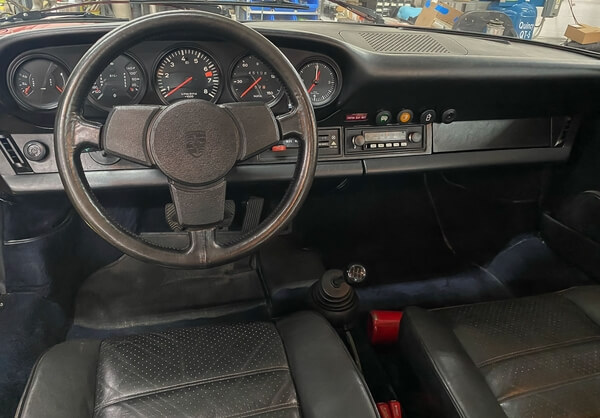 The interior is said to be preserved with the original blue carpeting, black leather seats, and dashboard remaining in great condition. All gauges and accessories are said to be fully functional including the factory Blaupunkt radio. The seller adds that the odometer has never been repaired or replaced. 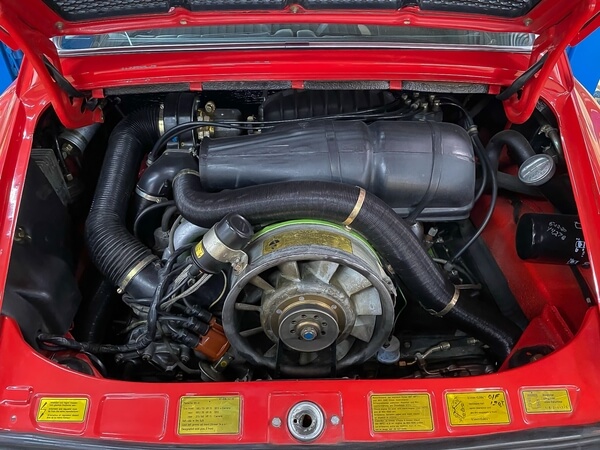 The U.S. market Carrera 2.7 shares its fuel-injected 2.7-liter flat-six engine with the 911S and produces up to 175 HP. The rear wheels are driven by way of a 5-speed manual gearbox and an optional limited-slip differential. The Carrera model received improved aluminum rear trailing arms as well as larger anti-roll bars and ventilated disc brakes at each corner. This Carrera came factory equipped with optional Koni shock absorbers and features an upgraded exhaust. The seller states the car’s service records were lost at some point; however, the previous owners have been contacted to corroborate the car’s original mileage. The engine is said to have never been disassembled and bears case stampings that match the Porsche Certificate of Authenticity. 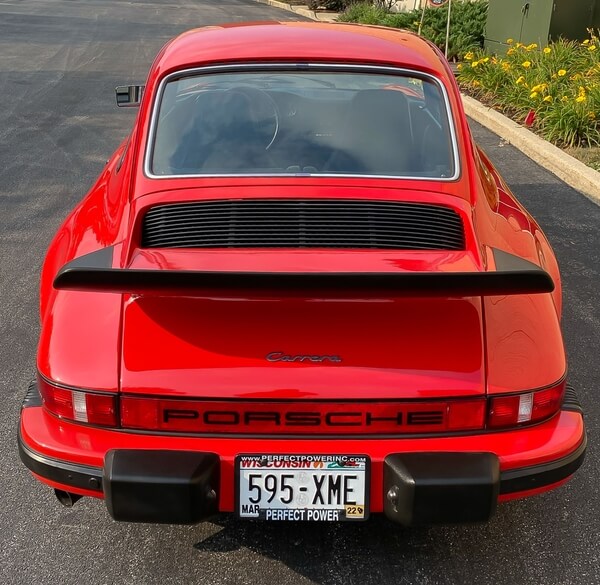 This sale will include the original owner’s manuals, a toolkit, a spare tire, a clean title, and a Porsche Certificate of Authenticity.