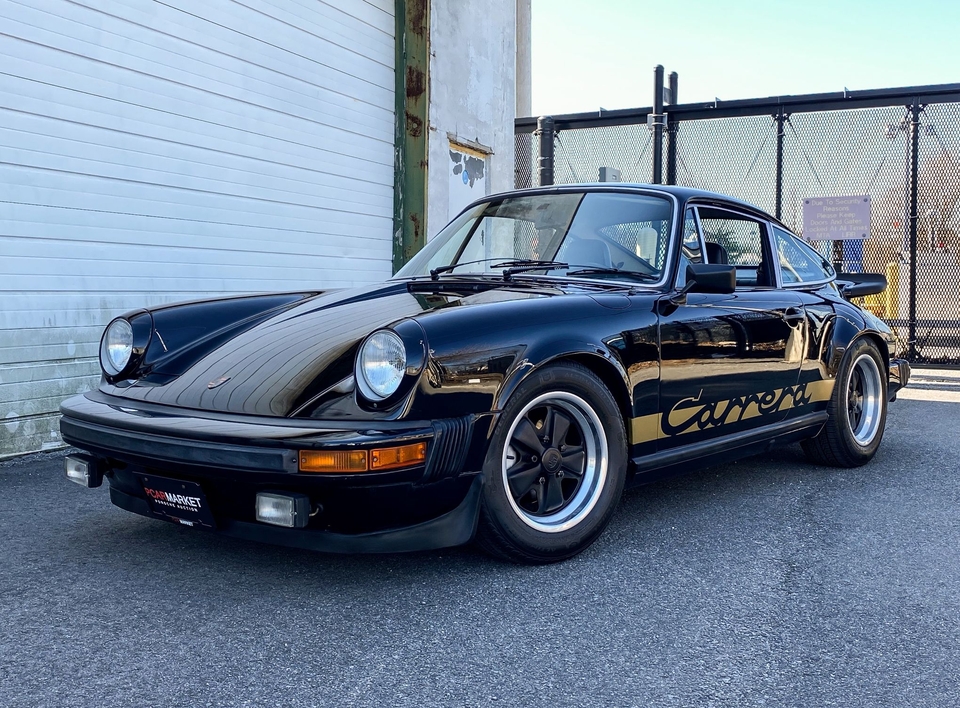 Up for auction is this 1975 Porsche 911 Carrera Coupe finished in a classic black over black color combination.  With its iconic 911 styling along with an aggressive stance, this car demands attention wherever it goes.  Representing one out of a small few 75' Carrera's available in the US, this example offers a great opportunity for any enthusiast that is seeking a distinctive air-cooled 911.  Now being offered with a clean bill of health, this Carrera is ready to be enjoyed by its new caretaker. 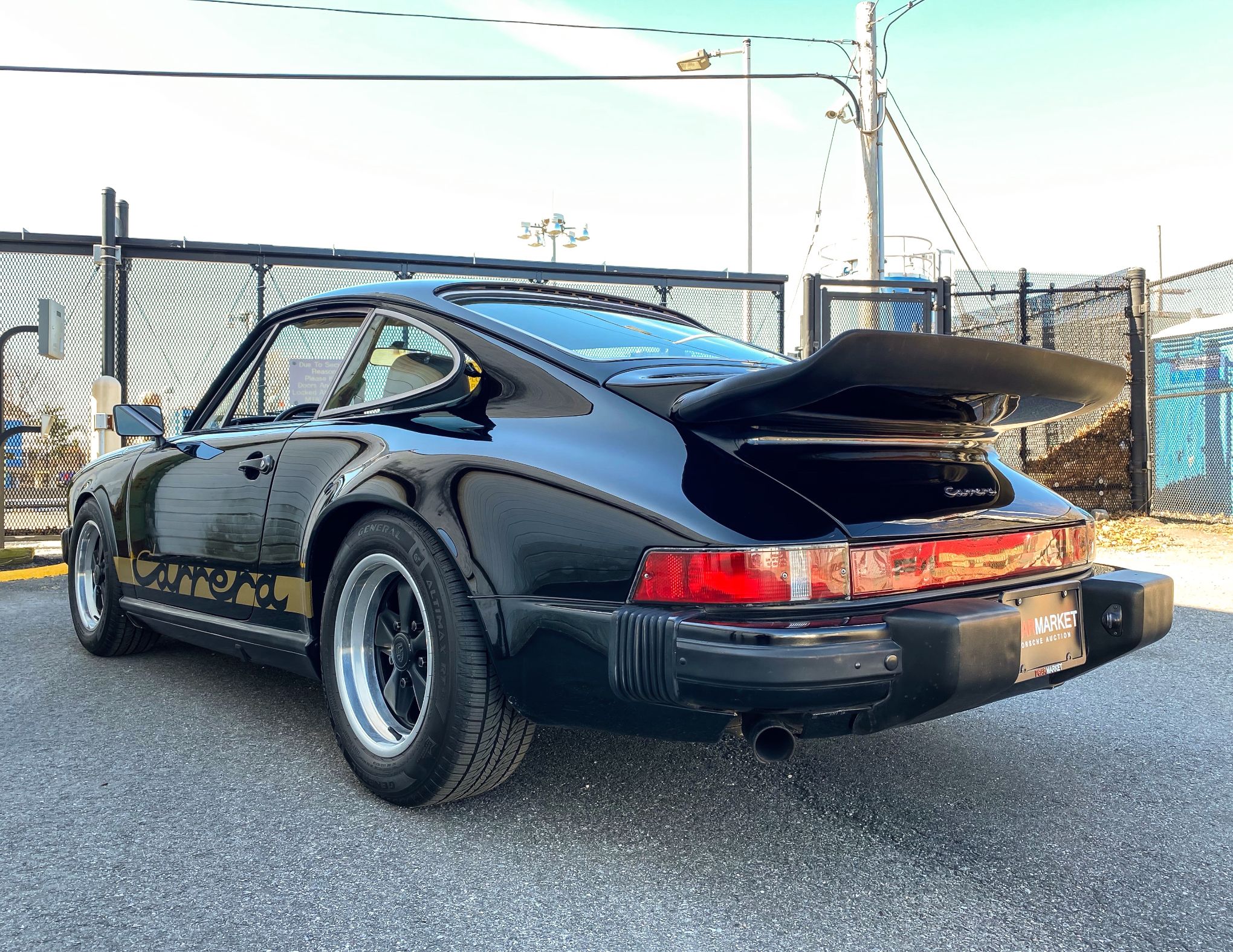 Having undergone a professional refinish in its original color of black, the seller notes that this Carrera shows to be in good condition.  Adding a unique touch, this example is factory equipped with Gold "Carrera" livery running along the bottom of each door.  A few exterior features include a factory Carrera whale tail spoiler, fog lights, and factory black Fuchs wheels that wear a set of General Altimax tires. 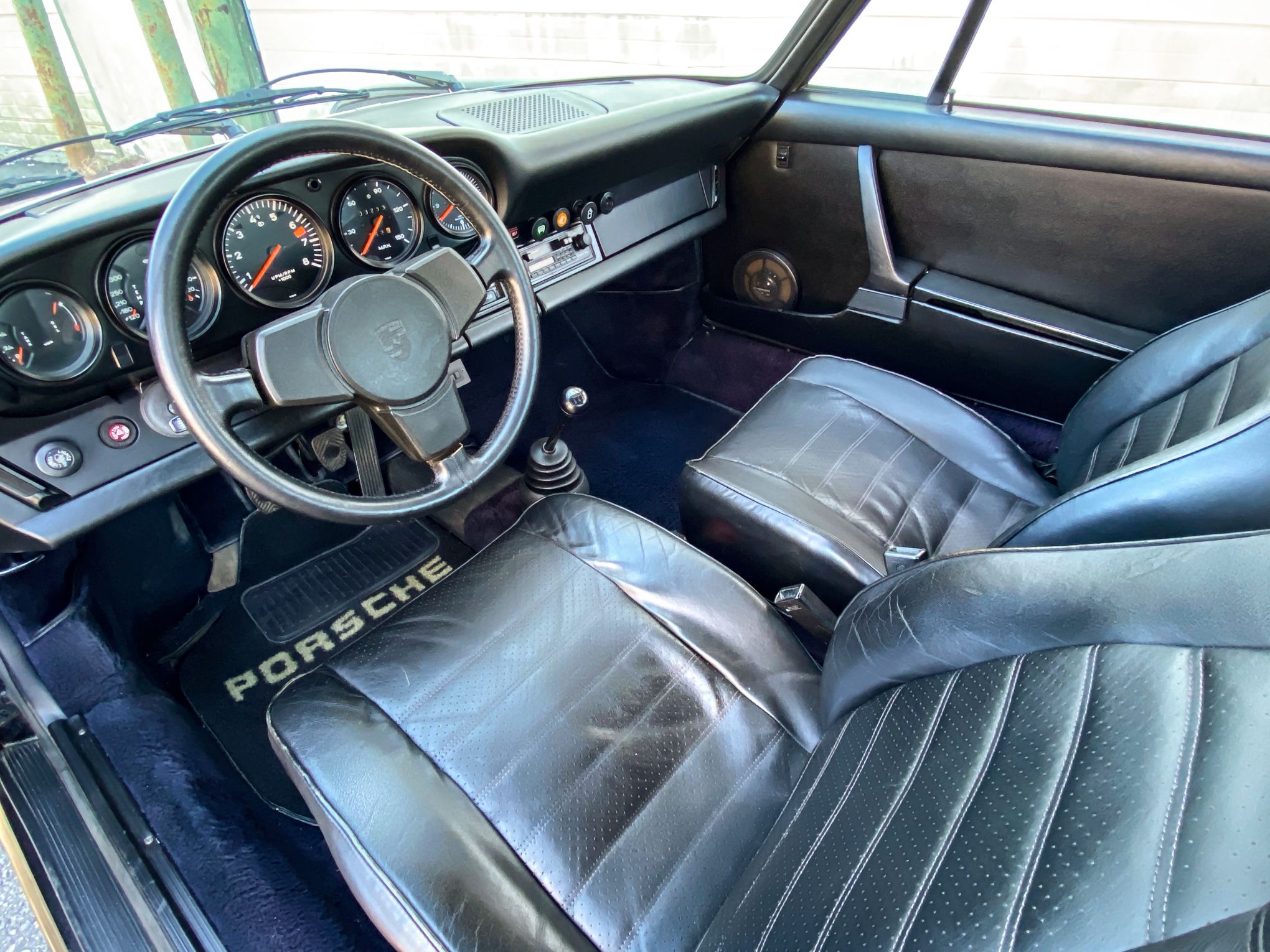 The sporty black partial leather interior is said to be in original condition with minimal signs of wear. The well-kept condition of the carpets, door panels, headliner, and dashboard show the pride of ownership this car has received throughout its life.  All electronics and accessories are said to be in working order. 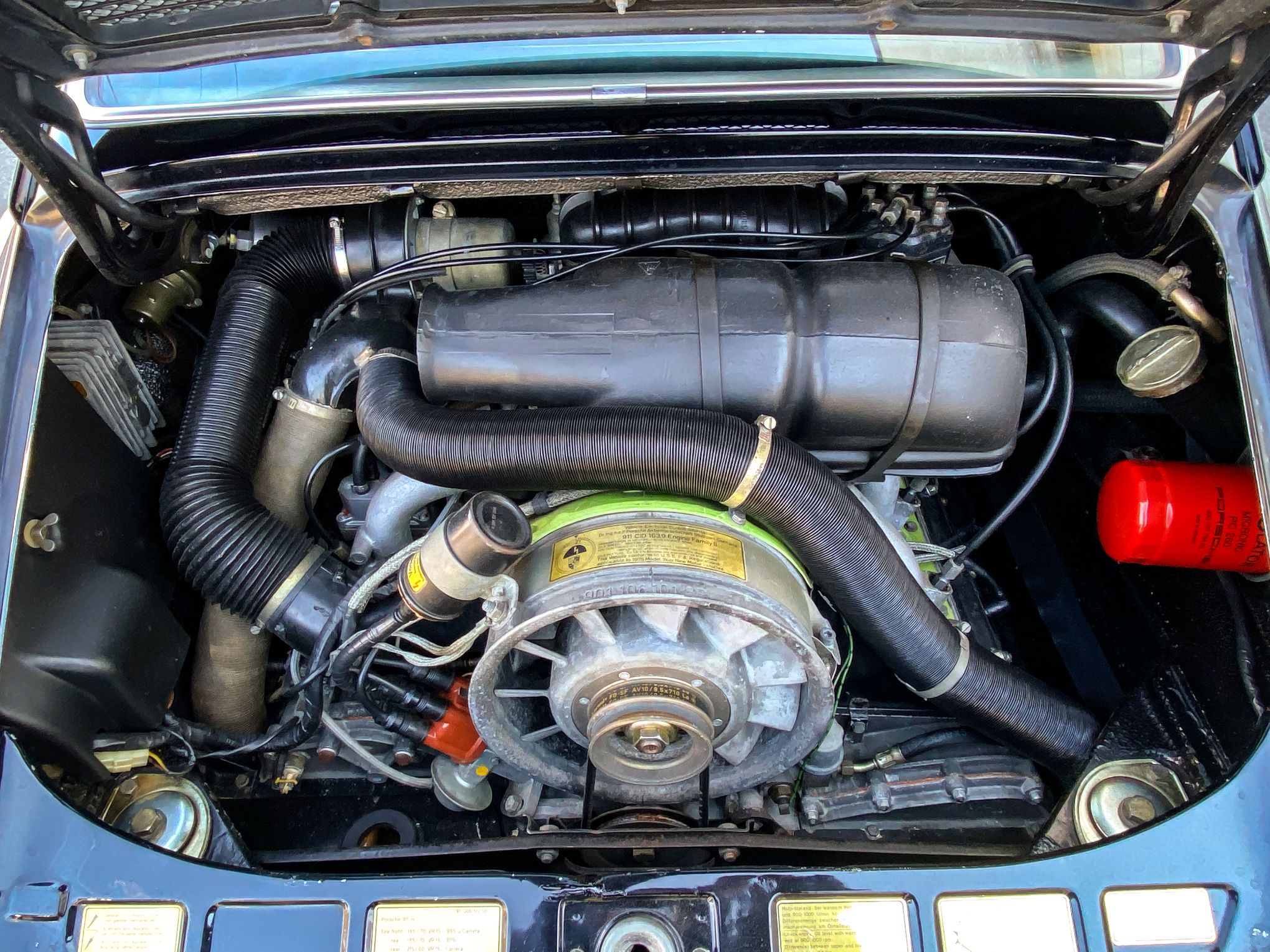 This Carrera retains its numbers matching 2.7L flat-six engine that produces 165HP and 167 lb-ft of torque. Power is sent to the rear wheels via a desirable 5-speed manual transmission. Prior to the sellers acquisition, a Connecticut dealer fine-tuned the fuel injection system and mounted a new set of tires.  Already in excellent running condition, the current owner brought this 911 to a higher level by addressing several items recommended by his technician such as;

The seller describes this Carrera as an honest, well-sorted example that has been revitalized and ready to enjoy. 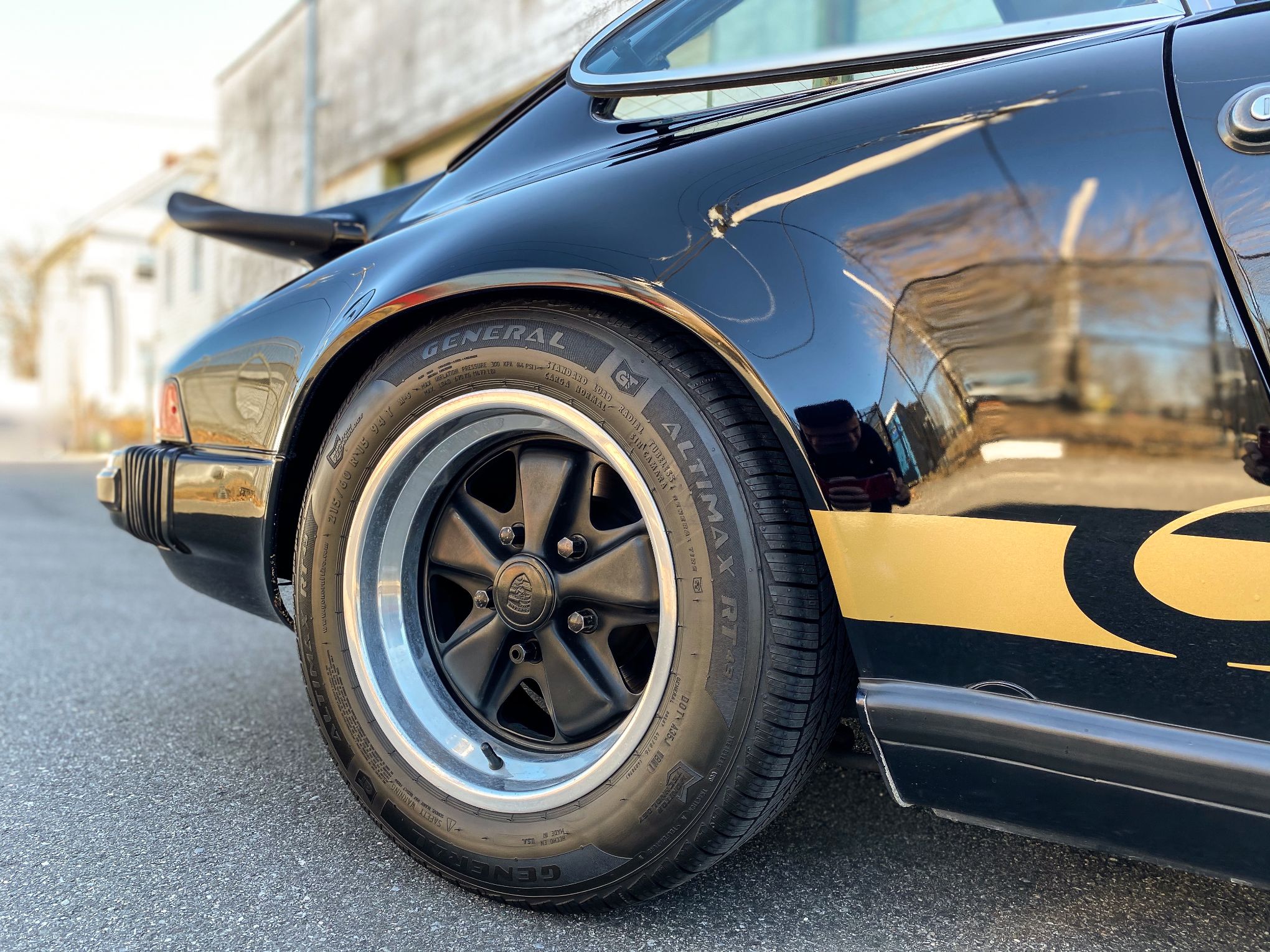 Following the 1973 introduction of the Carrera RS, Porsche continued with Carrera production and development. While Rest of the World (ROW) examples received the Mechanical Fuel Injection from the '73 model, the US Carrera received the K-Jetronic CIS (Continuous Fuel Injection) system of the 911S.  The Carrera featured wider rear quarter panels like famed 73 RS as well as an optional Carrera one piece whale tail spoiler which contributes to its aggressive demeanor.  Some believe this to be one of the most aggressive looking Porsches of the era. 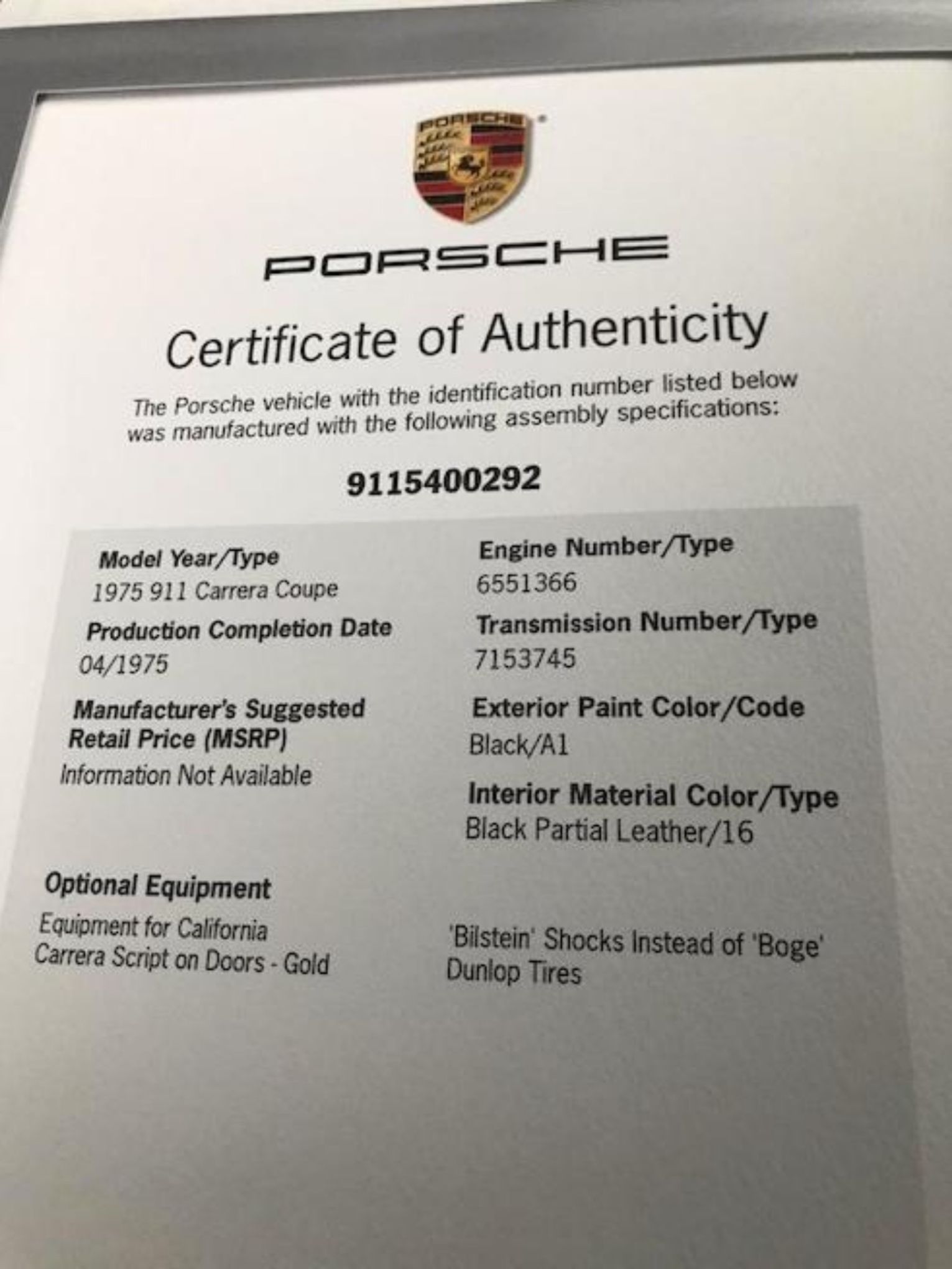 The sale will include a master key, and a Certificate of Authenticity.  This is an excellent opportunity to acquire a distinctive and special G-body 911 that is sure to provide plenty of enjoyment behind the wheel.