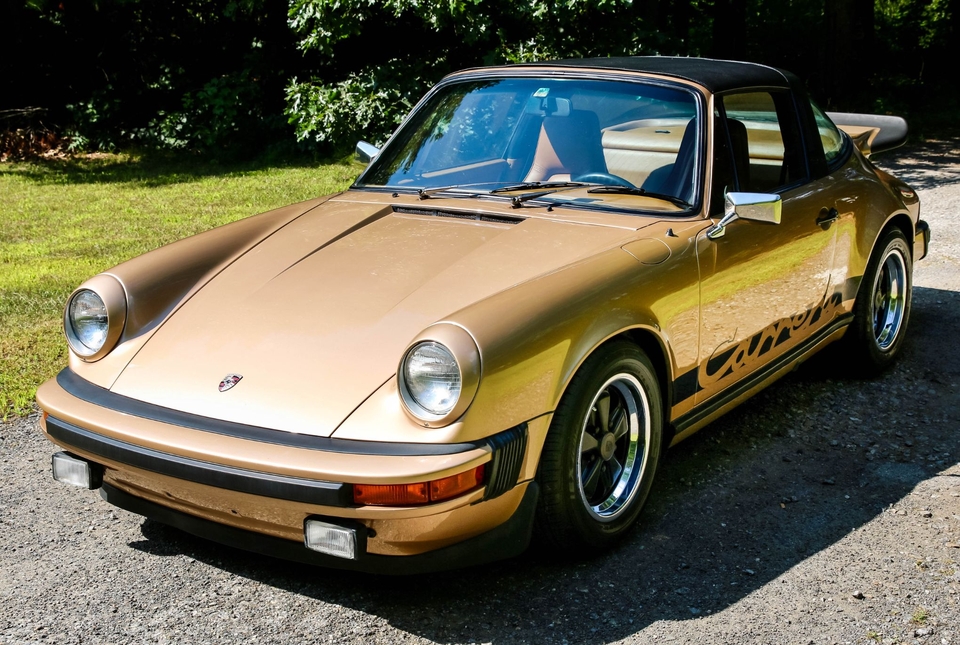 Up for auction is this stunning 1975 Porsche 911 Carrera Targa finished in the rare factory color of Gazelle Metallic over a Cinnamon and black leather interior.  Representing one of only 197 Carrera Targa’s built for the model year, this 1975 example has been upgraded with a larger Euro-spec 3.0 L flat-six engine resulting in a significant increase in power.  Remaining in excellent condition inside and out, this collectible Targa is now being offered for auction by its seller out of Stow, MA 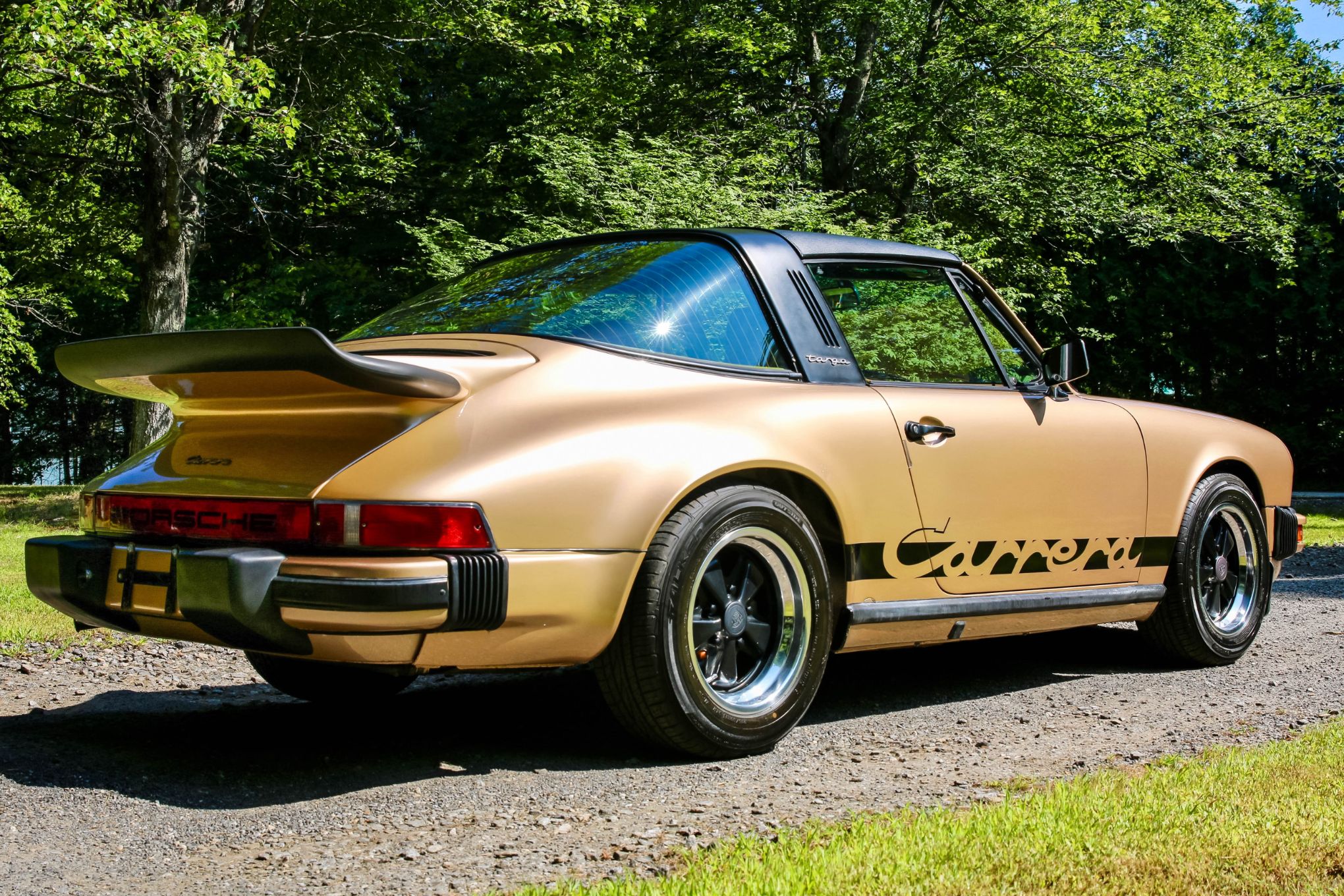 Finished in rarely seen Gazelle Metallic this 911 is said to have had a complete refinish in its factory color.  Due to the excellent paint condition, the seller states that it seems to have been done within recent years and shows little to no signs of wear (detailed images are provided in the photo gallery).  Distinctive features include an iconic “whale tail” rear spoiler, Carrera side script along both doors and factory alloy Fuchs wheels finished in black which are currently wrapped in a set of Falken tires from 2016 with plenty of tread life remaining. 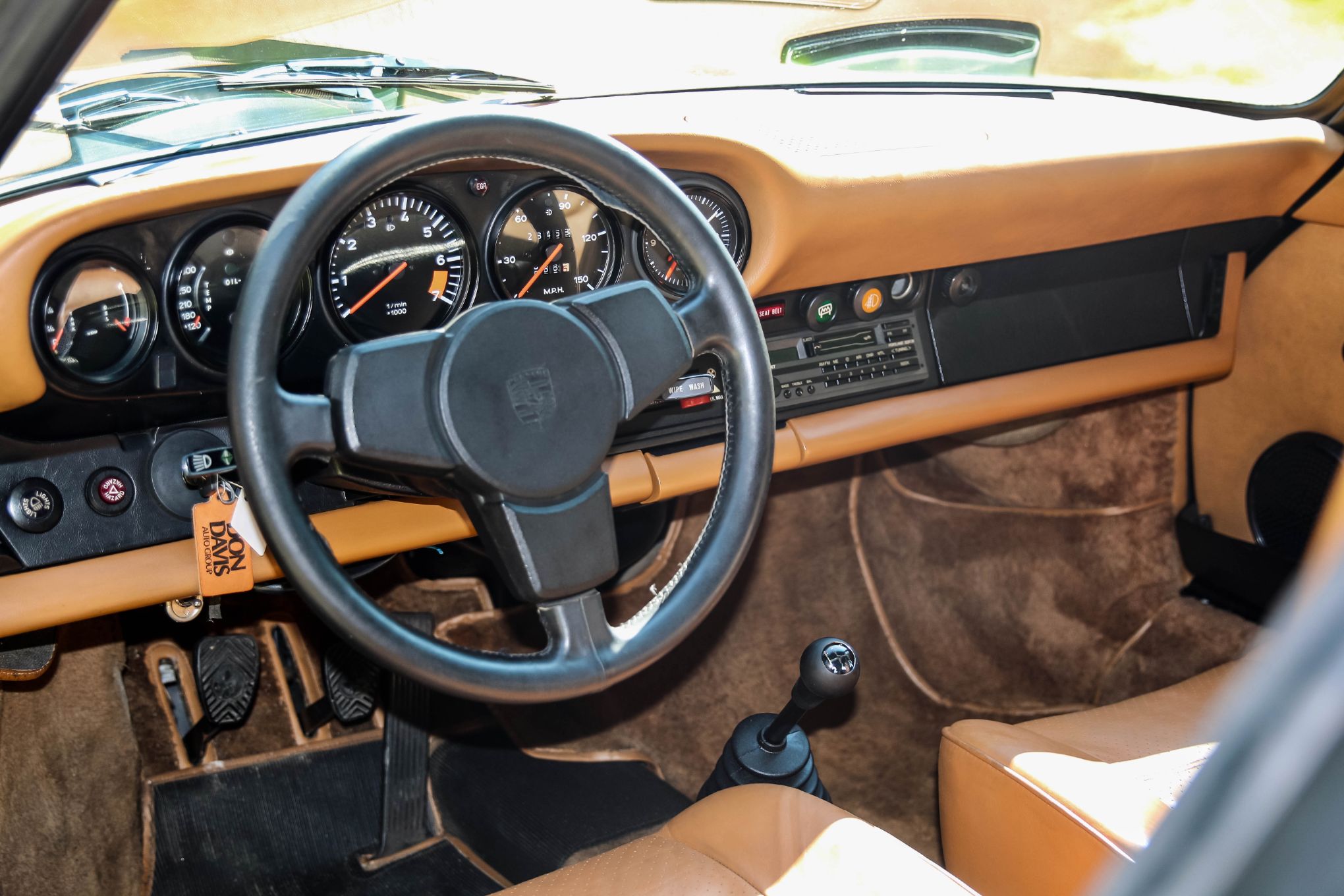 The Cinnamon and black leather upholstered cabin is stated to be in factory condition with all gauges, electrical components and accessories remaining fully functional.  This Targa retains its born with Blaupunkt radio, although upgraded ACD speakers have been installed throughout. 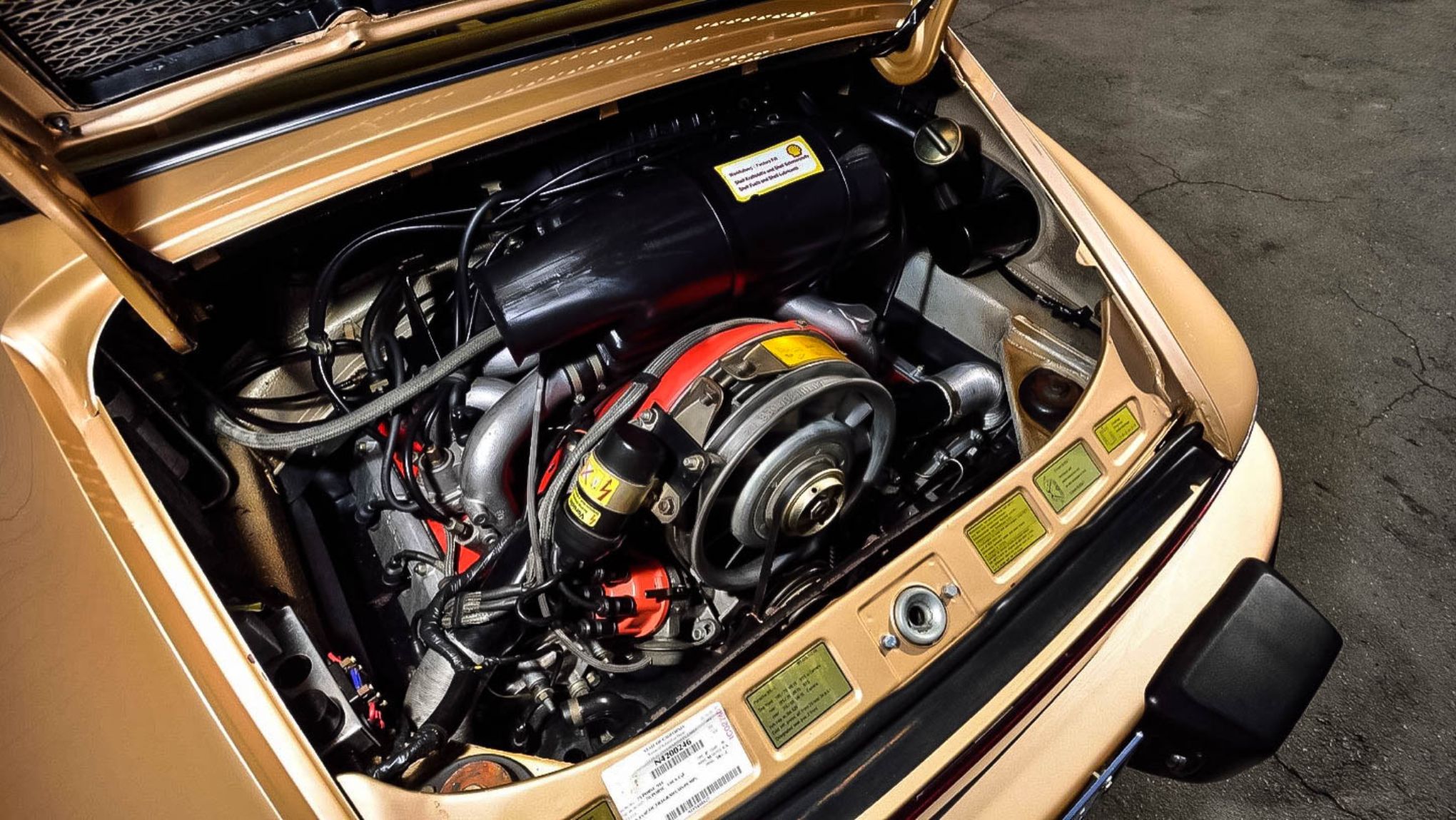 This Carrera has had its original 2.7 L engine swapped out in favor of a larger Euro-spec 3.0 L flat-six, which was sourced from a later model 911 SC. Additionally, a Carrera pressure-fed cam tensioner update has been installed.  Approximately 180 HP is sent to the rear wheels by way of a recently rebuilt 915 5-speed manual transmission.  Factory 4-wheel disc brakes provide ample stopping power while the optional Bilstein suspension makes for a smooth and responsive ride.  This 911 underwent a full service in 2018 which included fluid and filter changes.  Having been used sparingly since, this Targa is stated to be in excellent driving condition and up-to-date on all due maintenance. 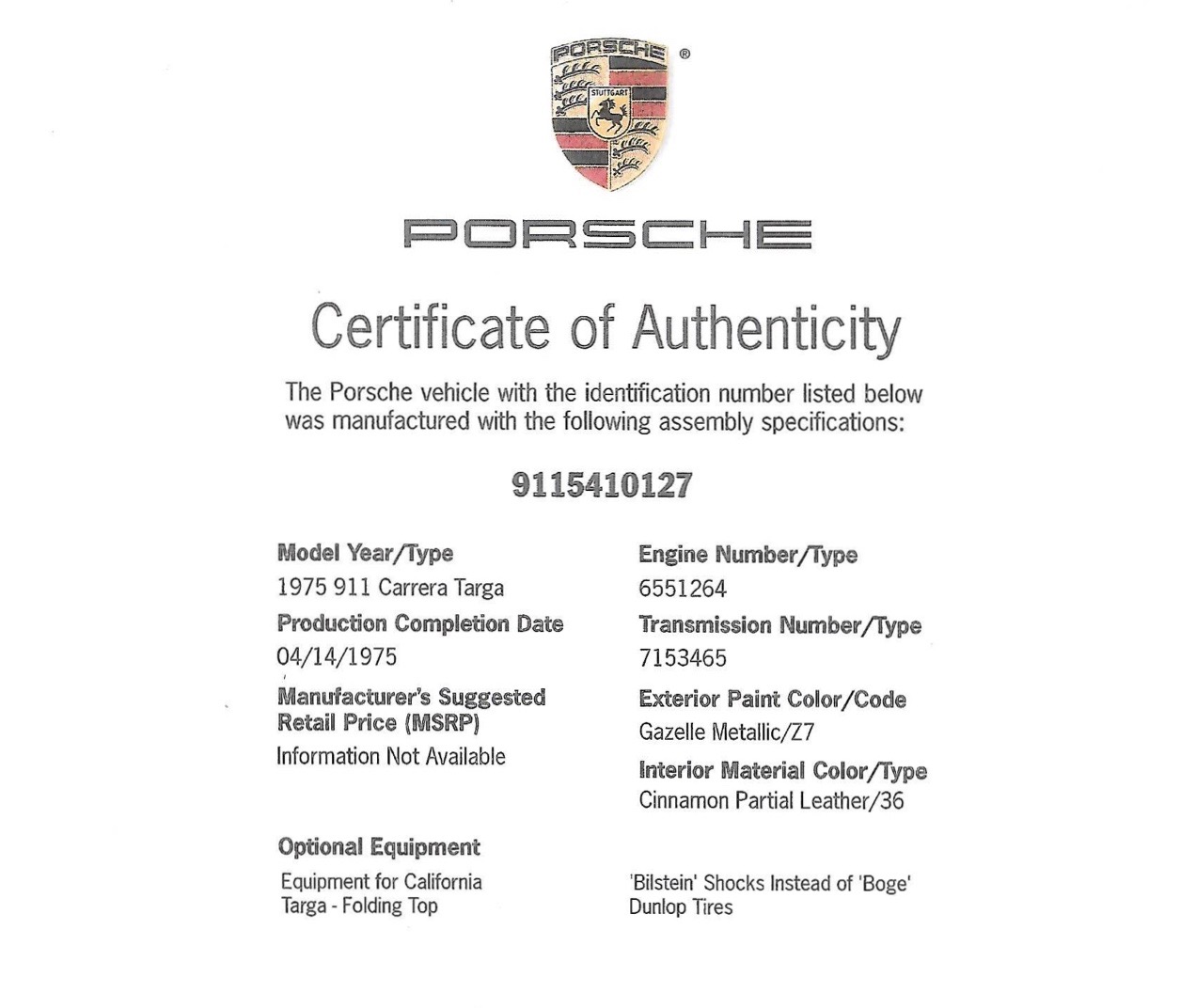 The sale of this rare Carrera Targa will include a set of two keys as well as a Porsche Certificate of Authenticity.  Representing an incredible opportunity for a discerning classic Porsche enthusiast, this beautiful 1975 Targa is not to be overlooked.