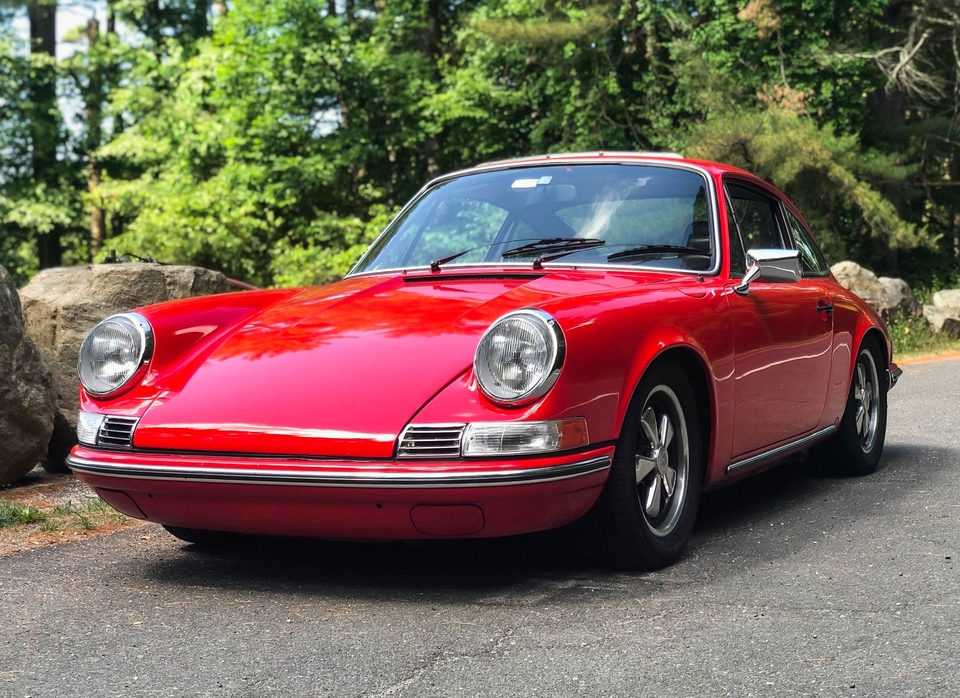 We are pleased to present this custom backdated 1976 Porsche 911S finished in Guards Red over a black leatherette interior.  Carrying an upgraded 3.0 L flat-six engine sourced from a later model 911 SC, this 1976 example was treated to a custom backdate conversion which included steel F-body panels and a bare metal respray in its factory original color.  With a full engine and suspension rebuild carried out in 2018, this 911 is said to run beautifully with approximately 140k miles showing on the odometer. 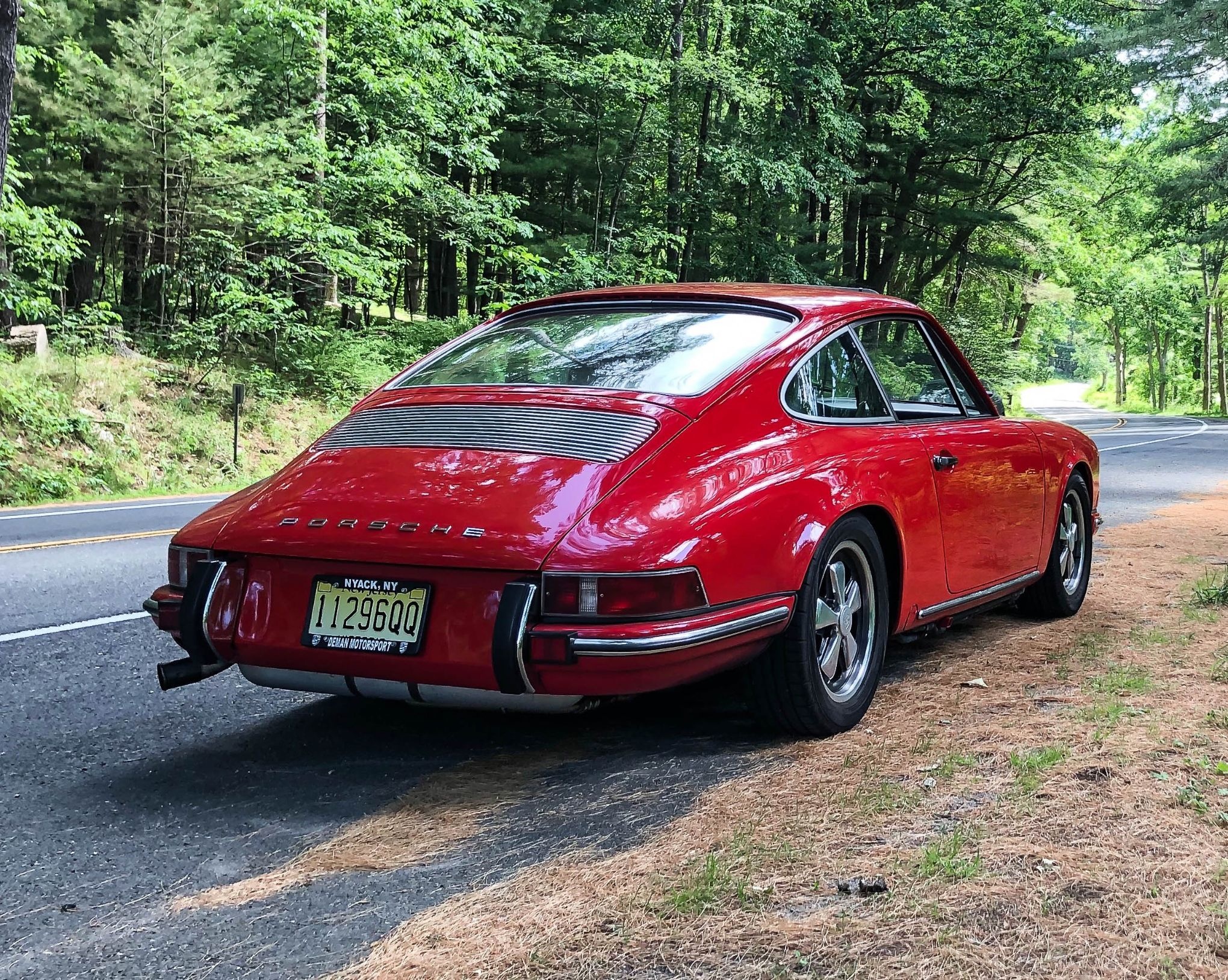 Under the current ownership in 2017, this 911 was custom outfitted with steel F-body panels before undergoing a full bare metal respray in its factory original color of Guards Red.  The paint is said to remain in great shape with some minor stone chips, and the seller indicates all converted body panels to be steel with the exception of the fiberglass front hood.  Detailed images and documentation from the backdate process are provided in the photo gallery.  Other noteworthy features include H4 headlights and OEM Fuchs wheels which are currently dressed in 3-year-old Bridgestone tires. 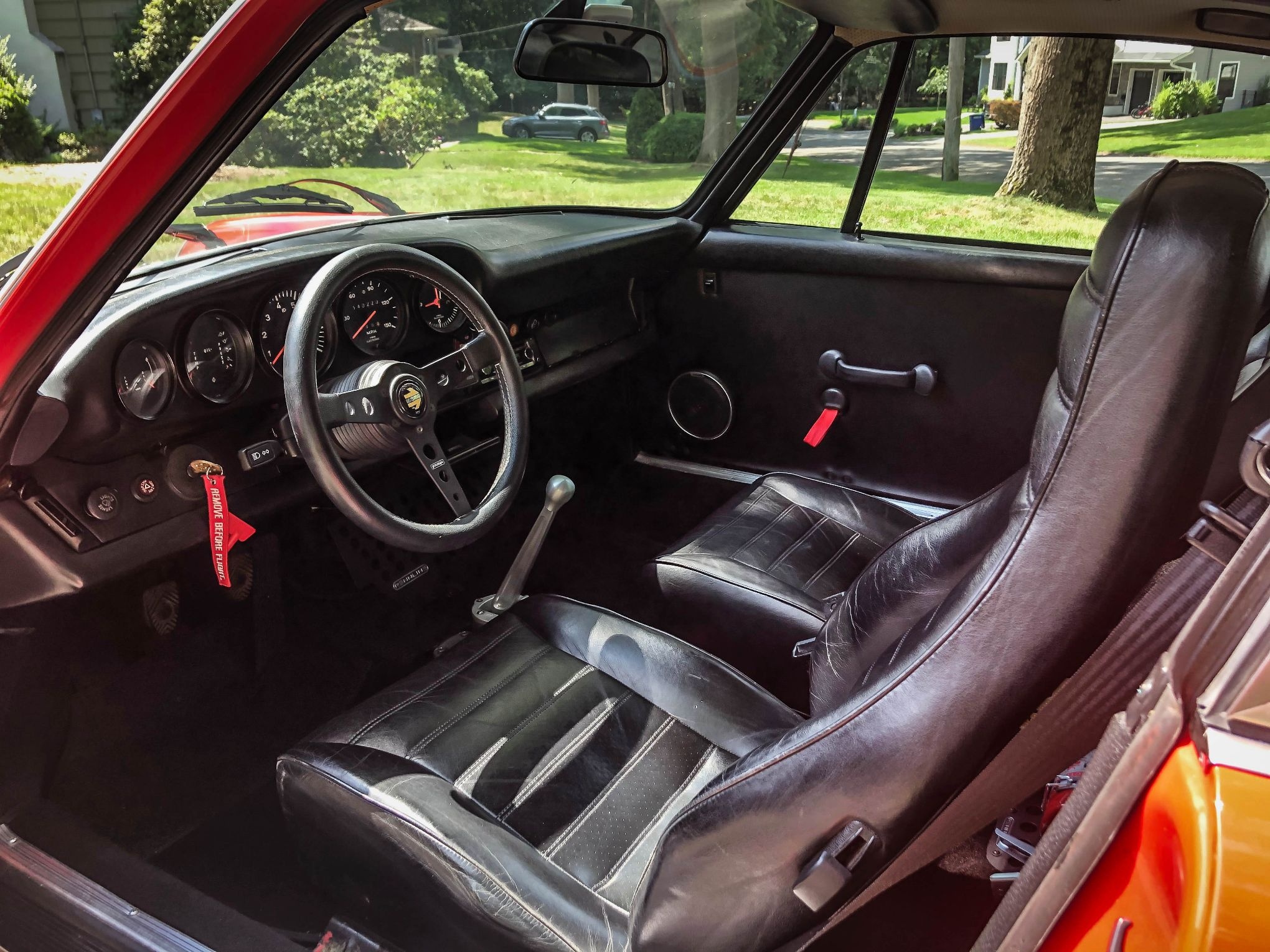 Inside, this 911 retains its black leatherette interior which has been modified with RS-style door panels, RS carpeting and a rear seat delete.  An upgraded Blaupunkt radio with Bluetooth and USB has been installed, and the cabin is said to remain in great condition with all gauges and accessories working properly excluding the clock. 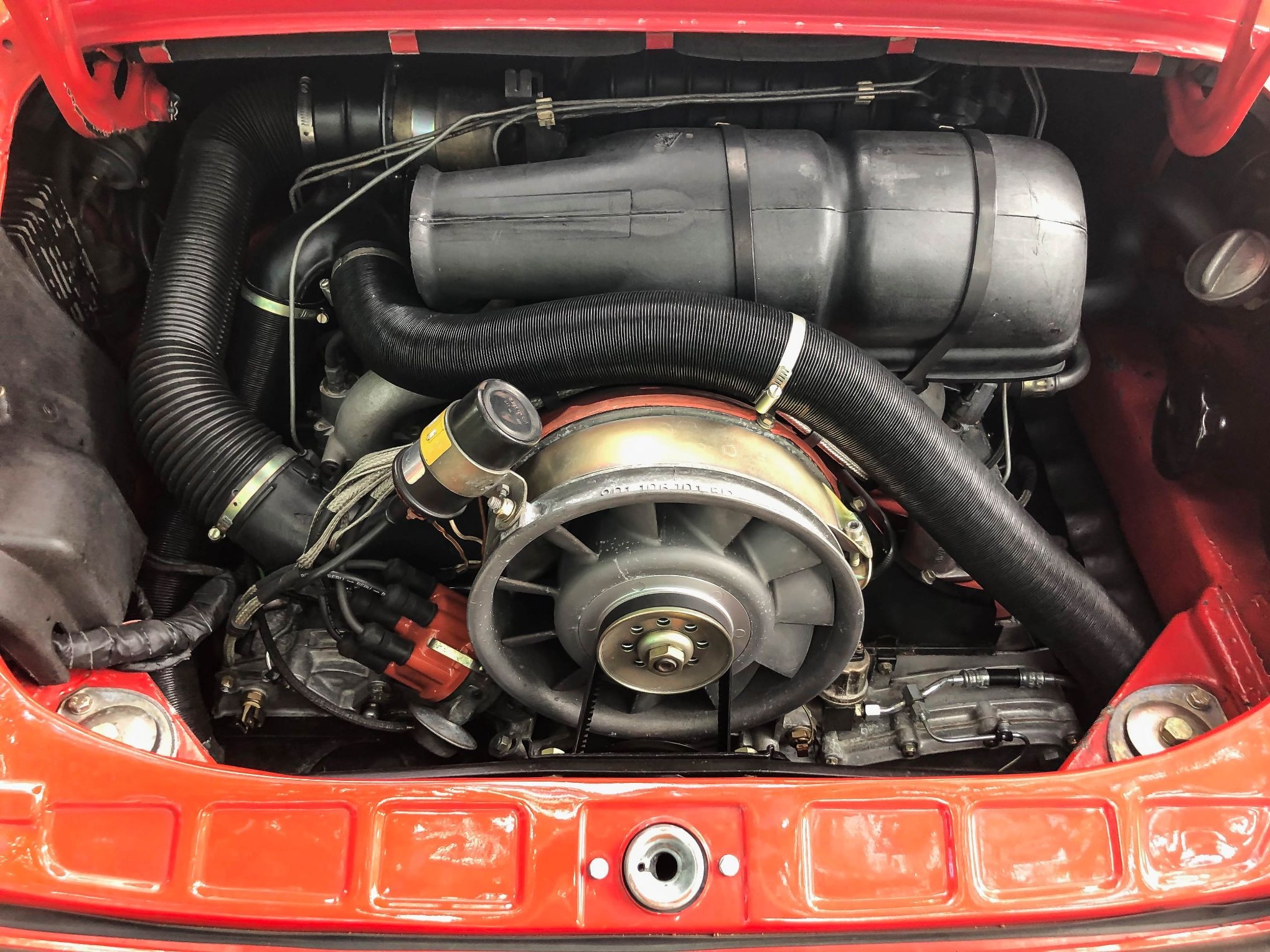 Under previous ownership in 2002, this 911’s original motor was swapped out in favor of a larger 3.0 L flat-six Porsche engine sourced from a later model 911 SC.  Approximately 204 HP is sent to the rear wheels by way of a 915 5-speed manual transmission with a Wevo shifter and shifter joint.  Both the engine and suspension were fully rebuilt in 2018 by Deman Motorsport with approximately 15k miles driven since.  Noteworthy items performed during this time include:

A new warm up regulator was also installed along with a brass oil cooler, and the seller confirms this 911 to be in fantastic driving condition. 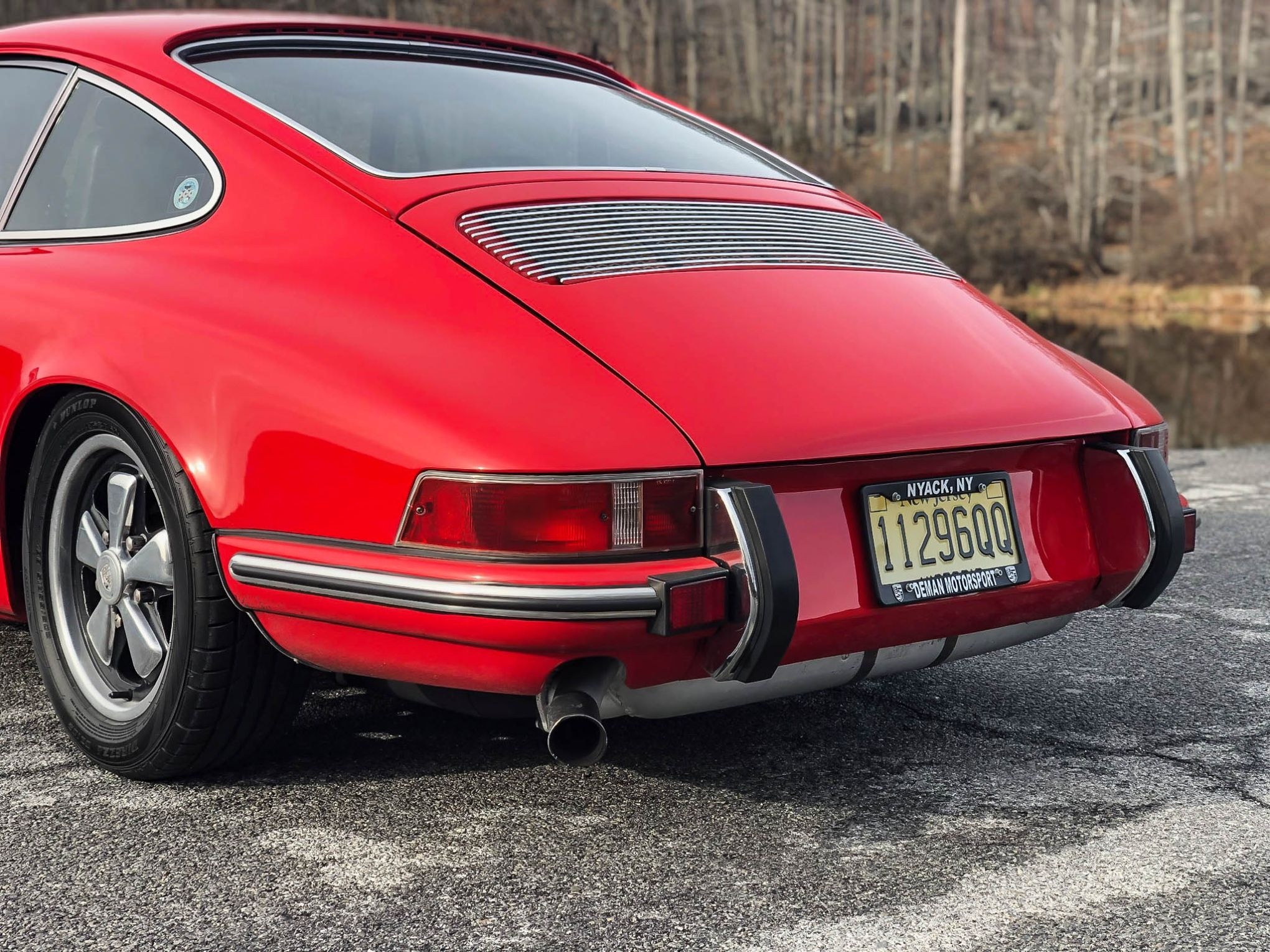 The sale of this 911 will include a set of two keys, owner’s books, some spare parts and a collection service records dating back to 1981.  For any avid air-cooled Porsche enthusiast, this backdated 911 offers a very special opportunity.