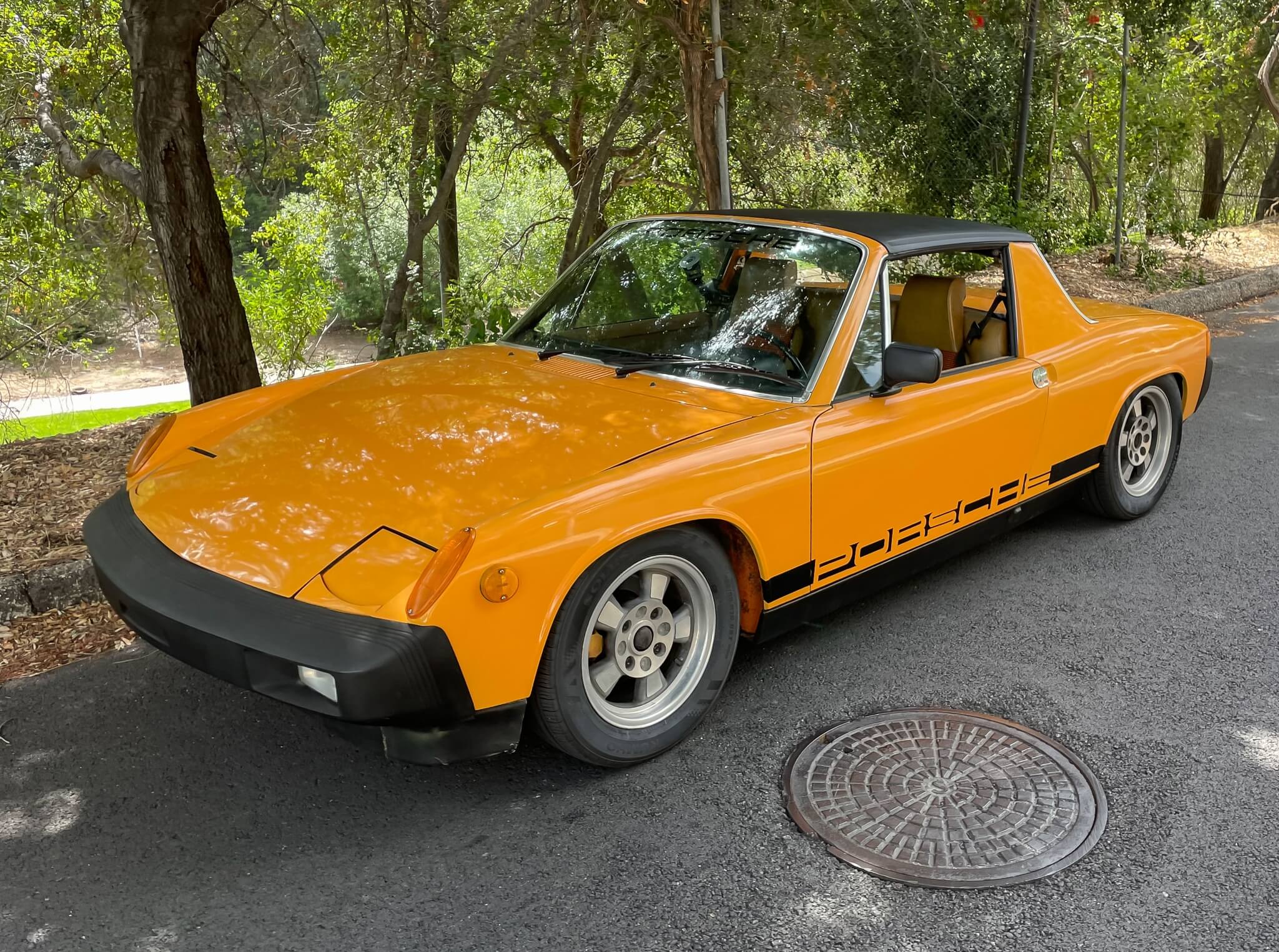 The Porsche 914 was produced from 1969 up until the Spring of 1976, with the last examples delivered to the United States.  Among the final-year cars destined for California was this 914 2.0 finished in Nepal Orange over a tan interior with orange pepita inserts.  It had been under the care of a previous owner in Washington from 2005 up until January of 2021 when it was acquired by the current owner who has since commissioned a full repaint along with a major engine-out service and refurbishment.  A well-sorted example of one of the last Porsche 914s, this 2.0 is now being offered for auction by its owner out of California. 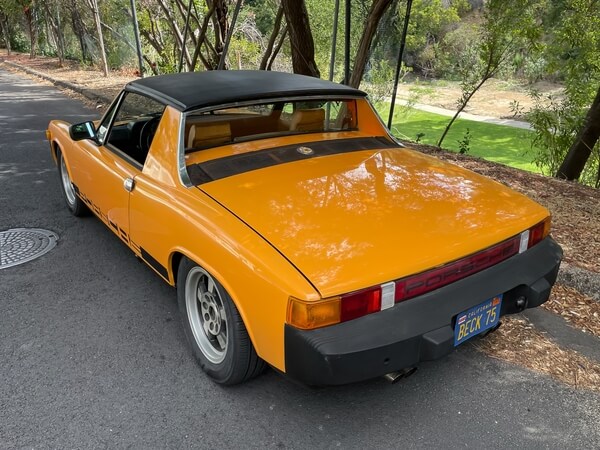 This example was factory finished in Nepal Orange (L20C), a 914-exclusive color offered during the model’s final years. Equipment includes black U.S. specifications bumpers with integrated front fog lights, a removable black Targa top, black Porsche side graphics, a driver’s side mirror, antenna, and aftermarket 15” Riviera-style wheels dressed in new Kumho tires.  The seller states the car retained much of its original paint before it was completely refinished in the factory color by the professionals at MTC AutoBody in 2021.  The original floor pans are said to have been retained, while a portion of the passenger floor has been reinforced.  One small dent is noted on the passenger rear fender, detailed images are provided in the gallery. 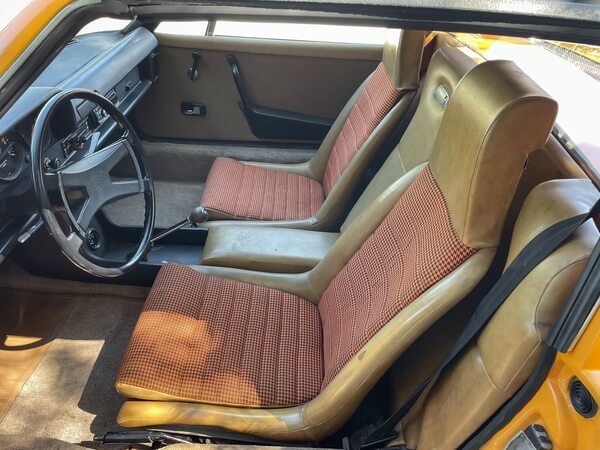 The cabin is appointed with tan leatherette upholstery and features seats re-trimmed to their original appearance with rare orange pepita inserts.  The factory optional center console includes a clock as well as gauges for battery voltage and oil pressure.  Newer carpeting has been fitted and the upper door panels have been replaced.  The seller reports an intermittent fault for the middle console instruments due to a faulty ground wire, and the interior mirror is said to accompany the sale along with new Targa top seals. 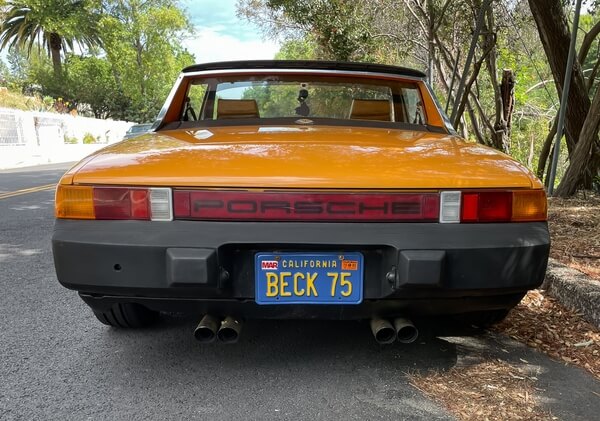 The air-cooled and fuel-injected 2.0L flat-four engine sends up to 95 HP to the rear wheels through a 5-speed manual transmission.  Service carried out since the owner’s purchase in 2021 includes installation of four new brake calipers, a new battery, gear linkage, and an engine-out service with new seals and ignition components.  The seller notes a small piece of linkage has been ordered and is still outstanding for the handbrake assembly.  Some maintenance records are provided in the gallery along with images of the undercarriage. 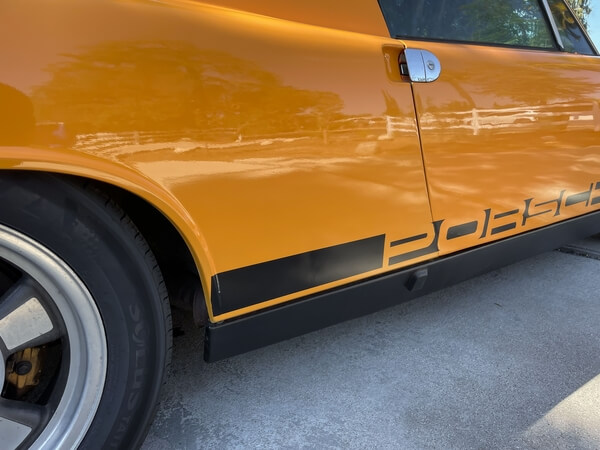 This sale will include a clean title and some service records.