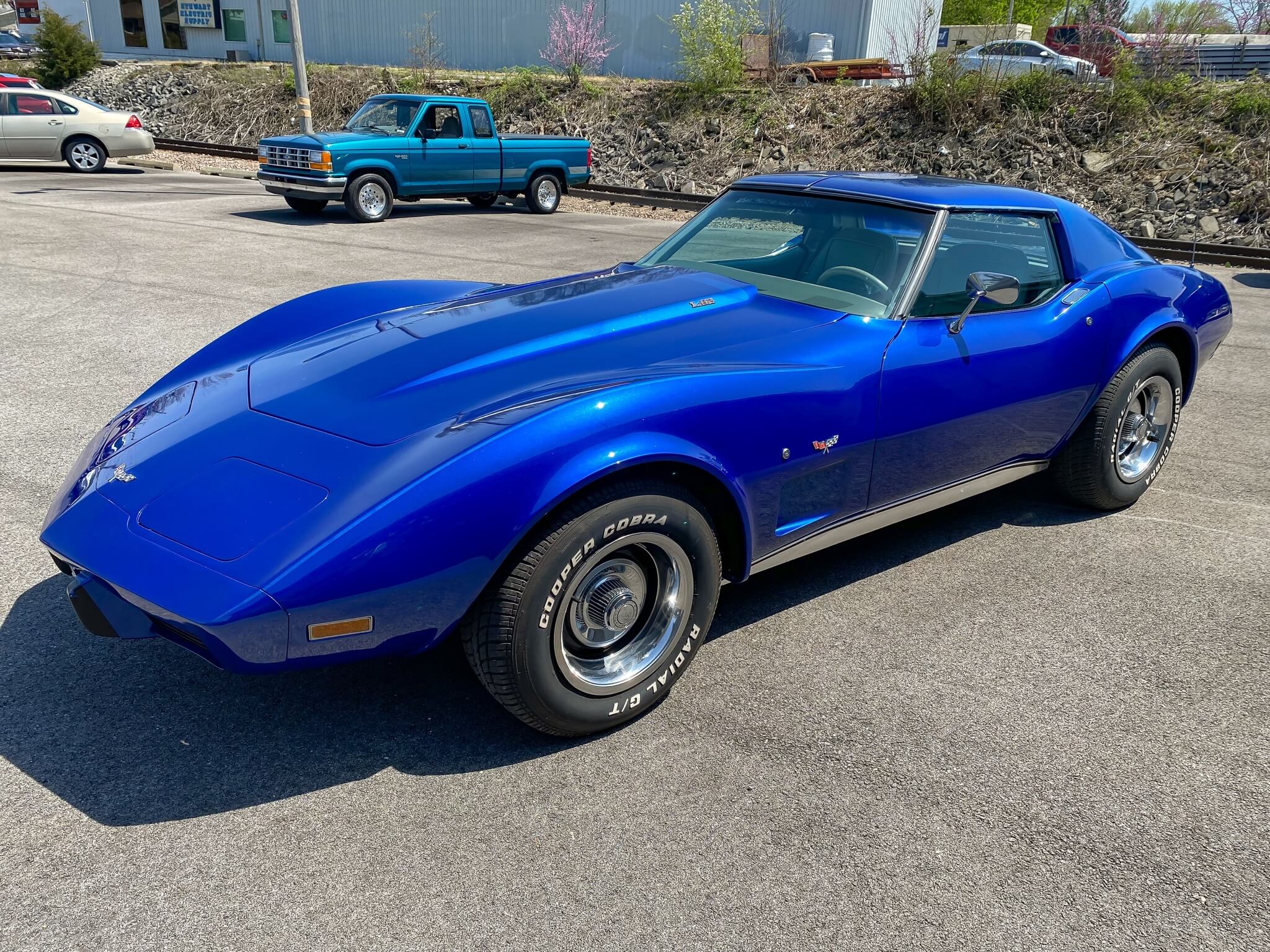 Available for auction is this 1977 Chevrolet Corvette C3 finished in Viper Blue Metallic over a Smoked Grey leather interior. The C3 generation Corvette remained in production through the 1960s, 70s, and 80s, helping to make it one of the most iconic and recognizable designs in American automotive history. This 1977 example was acquired by the seller approximately 15 years ago, who since completed a light restoration including new paint and a 350ci GM Performance crate engine before selling the car to their brother in 2015. The car went on to win several shows in Michigan and Ohio before being reacquired by the seller earlier in 2022. Over the last eight years, the car has been serviced with new brakes, an exhaust, a stereo system, and most recently a rebuilt transmission. This Corvette is now being offered for auction by its seller out of Indiana. 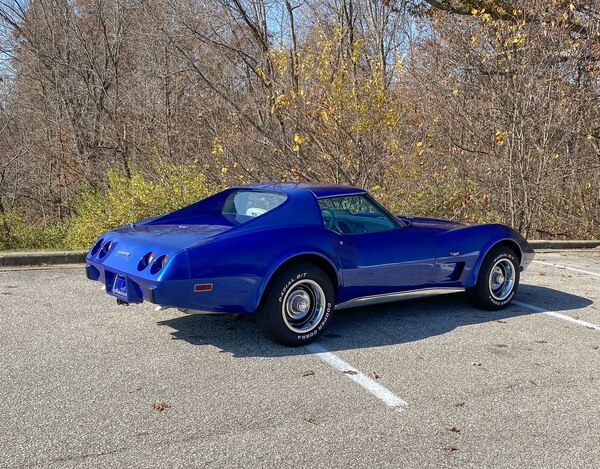 During its restoration in 2014, this Corvette was refinished in the custom shade of Viper Blue Metallic. Equipment includes removable T-top roof panels, pop-up headlights, polished rocker panel trim, and a set of 15” Rally wheels dressed in Cooper Cobra Radial GT tires from 2012. Additional images are provided in the gallery. 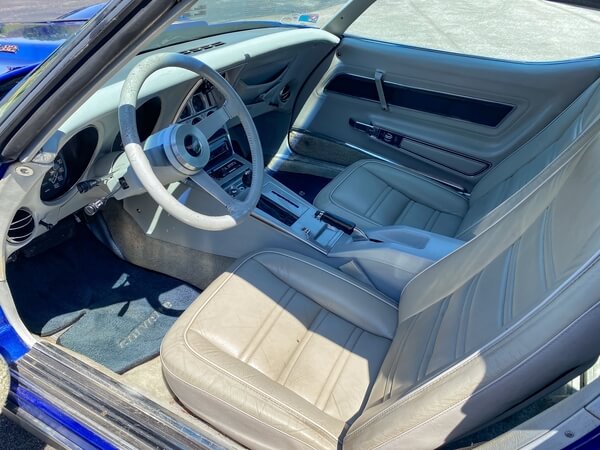 The cabin is upholstered in Smoked Grey leather and exhibits some signs of age-related wear. Amenities include air conditioning, a tilt steering column, cruise control, power windows, a clock, and an upgraded sound system with a Kenwood radio head unit and Bluetooth connectivity. The seller confirms that all gauges and accessories remain functional apart from the blower motor which works intermittently. 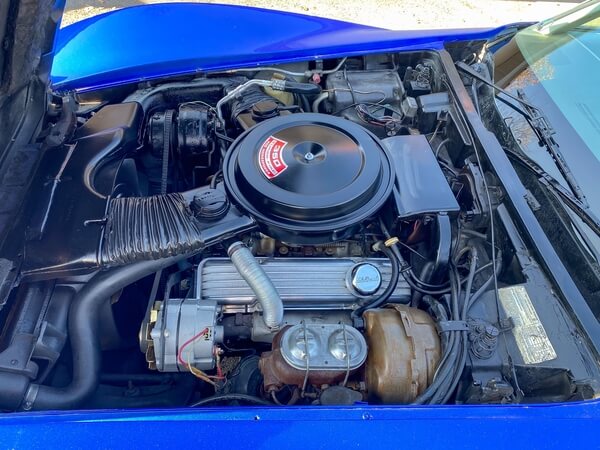 This Corvette is equipped with a GM Performance 350ci V8 crate engine which is said to produce up to 300 HP. The rear wheels are driven by way of a Turbo Hydra-Matic 400 3-speed automatic transmission. The C3 Corvette was equipped with fully independent suspension and four-wheel disc brakes as standard. Service over the last eight years is said to include new brakes, a new exhaust system, alternator, battery, and carburetor. The seller notes the crate engine was installed in 2013 approximately 4k miles ago, and that the transmission was rebuilt earlier in 2022. 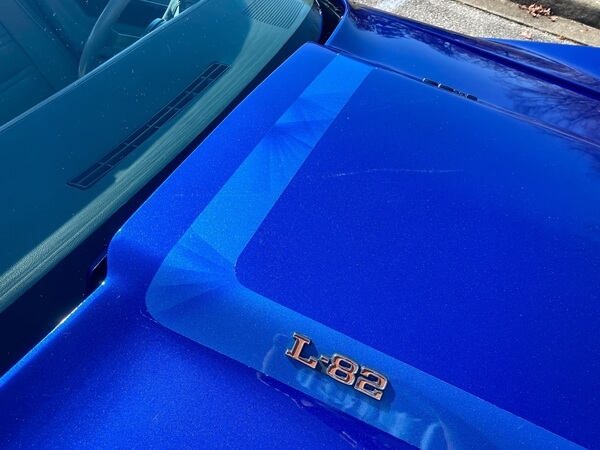