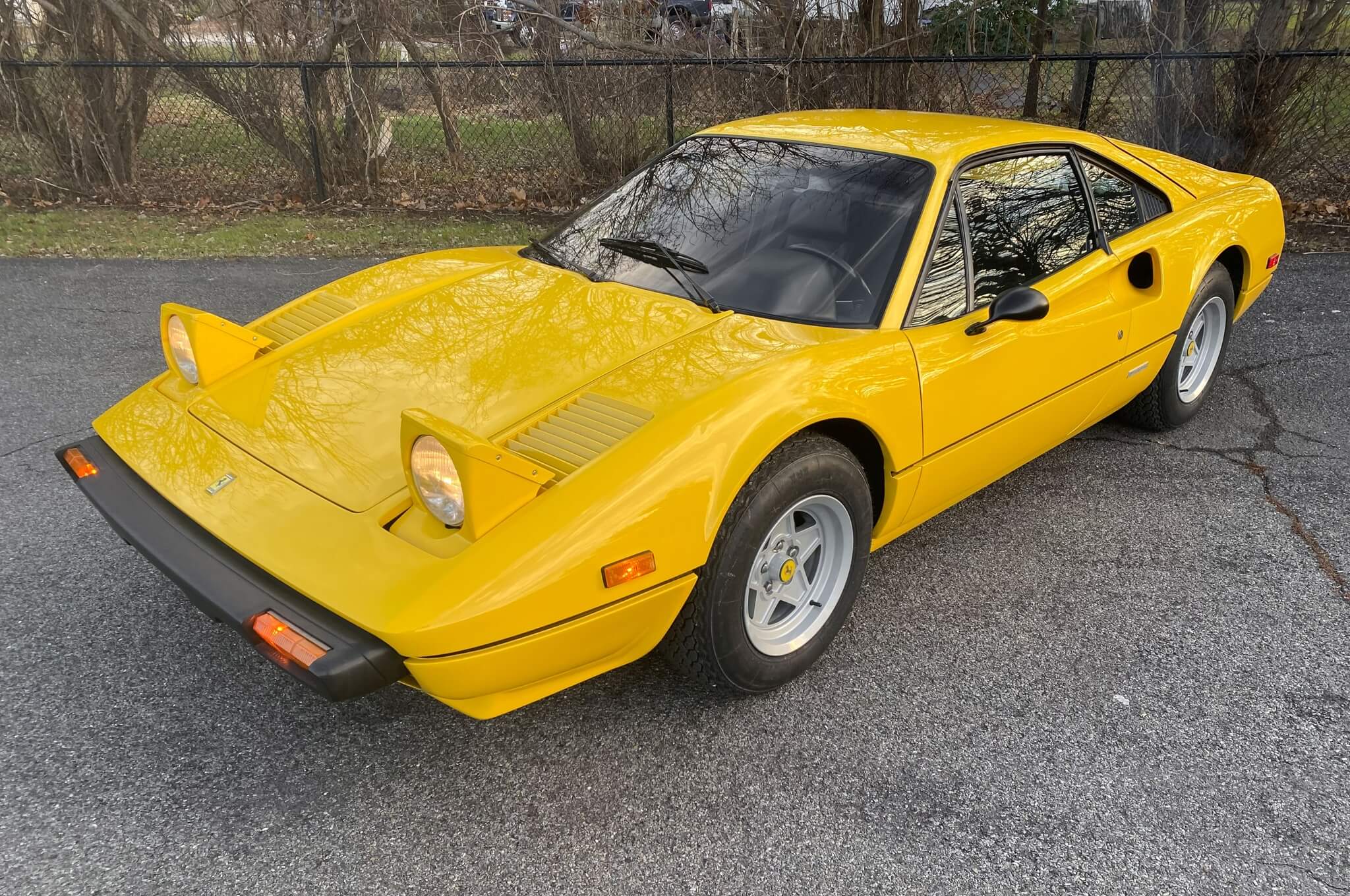 Introduced as the successor to Dino 246 GT in 1975, the 308 became the first in Ferrari’s line of flagship mid-engine V8 sports cars. This 1977 GTB version is finished in Giallo Fly over a Pelle Nera interior and features a carbureted F106 engine paired with a gated 5-speed manual transmission. The car is said to have remained with the same owner since 1984 while undergoing a complete bare metal repaint, motor rebuild, a reupholstered interior, and several major services. Accompanied by a Ferrari Heritage Certificate confirming the original engine and transmission numbers, this Ferrari 308 GTB is now being offered for auction out of Connecticut.

This 308 is one of 2,185 steel-bodied GTBs produced between 1977 and 1980. The exterior is designed by Pininfarina and features side air intakes, louvered front fenders, pop-up headlamps, and a vented rear engine cover framed by distinctive flying buttress pillars. This GTB is said to have been stripped to bare metal and completely refinished in its original color of Giallo Fly (Ferrari Fly Yellow) in 1999. It rides on factory 14” five-spoke alloy wheels dressed in new Michelin XWX tires. A ding is noted on the driver’s front fender as well as a small crack on the rear bumper, detailed images are provided in the gallery. 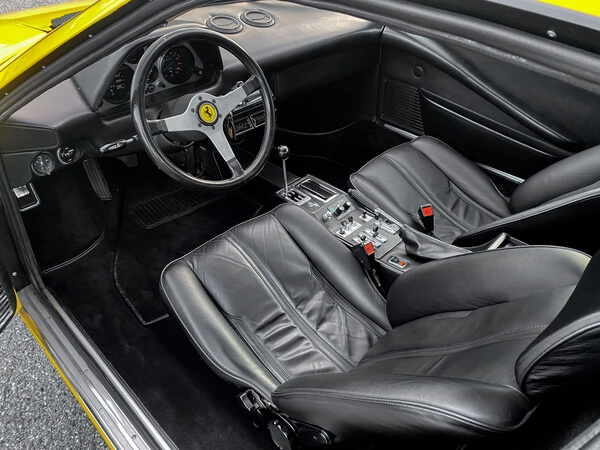 The Pelle Nera leather interior is said to have been previously redone and features a pair of adjustable seats, a three-spoke leather steering wheel, analog Veglia instrumentation, and a polished gated shifter. An aftermarket radio has been installed, the original door panels are believed to have been retained, and holes are present in the center console from where a fire extinguisher was mounted. 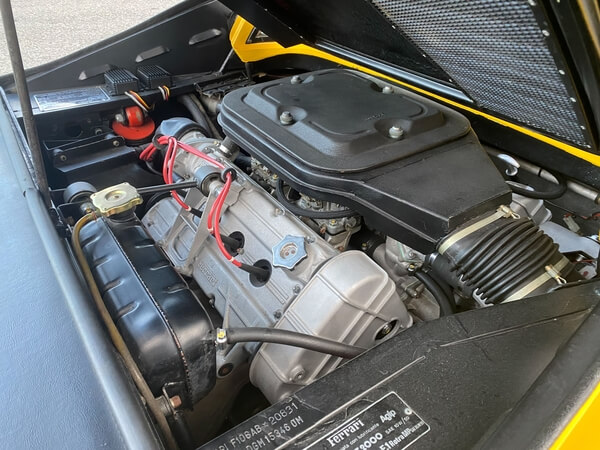 The F106 AB V8 engine is equipped with four twin-choke Weber carburetors and delivers up to 240 HP to the rear wheels by way of a fully synchromesh 5-speed dog-leg manual gearbox and a limited-slip differential. The 308 comes standard with fully independent double wishbone suspension, anti-roll bars, four-wheel vented disc brakes, and unassisted rack and pinion steering. An upgraded electronic ignition has been installed, the engine is said to have been previously rebuilt, and the seller states three major services have been completed since 1999 with the most recent carried out in October 2021. The suspension was previously rebuilt as well. 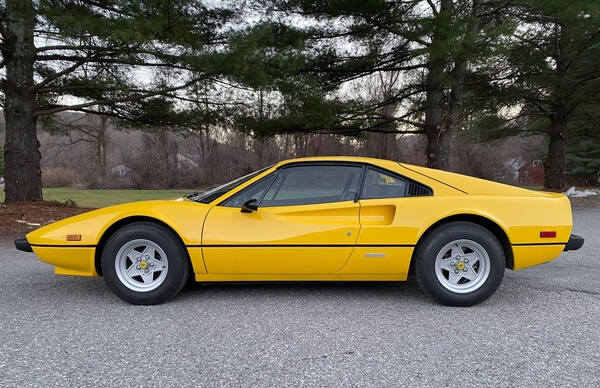 This sale will include a valid registration and a copy of the Ferrari Heritage Certificate.