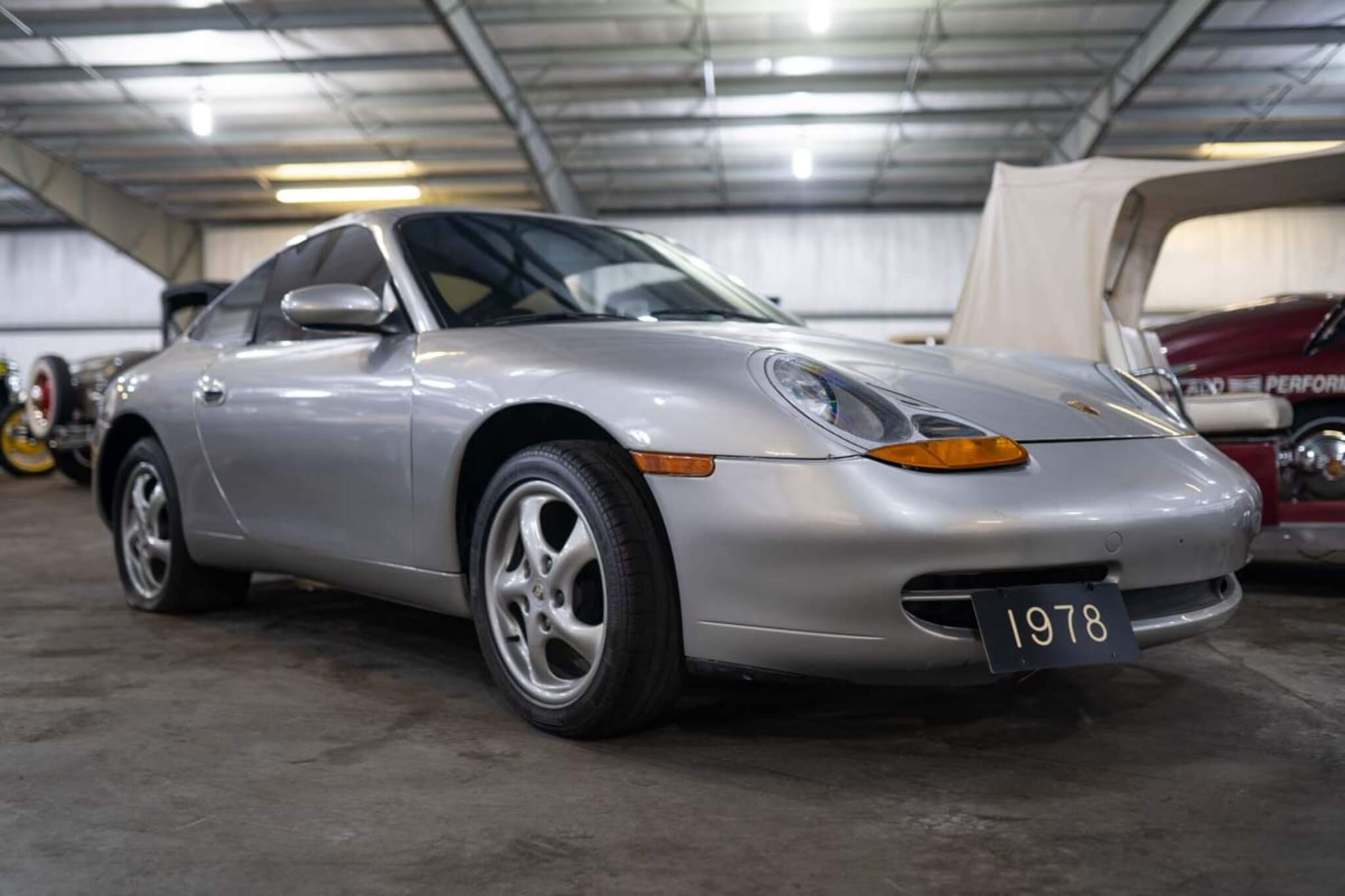 Featured in the 2000 blockbuster action film Gone in 60 Seconds starring Nicholas Cage and Angelina Jolie, this 1978 Porsche 911SC was made to resemble the latest Porsche 911 Carrera at the time. Nicknamed “Tina”, this 996-clone was used as the stunt vehicle in one of the film’s most memorable scenes where it was stolen from a Porsche dealership and driven through the showroom window onto the street where a high-speed chase ensued. An incredibly rare and unique opportunity to own an authentic Porsche movie car, “Tina” is now being offered for auction by its seller out of Mississippi accompanied by a collection of film memorabilia including an electronic press kit, wall banner, and movie theater “lobby cards”. 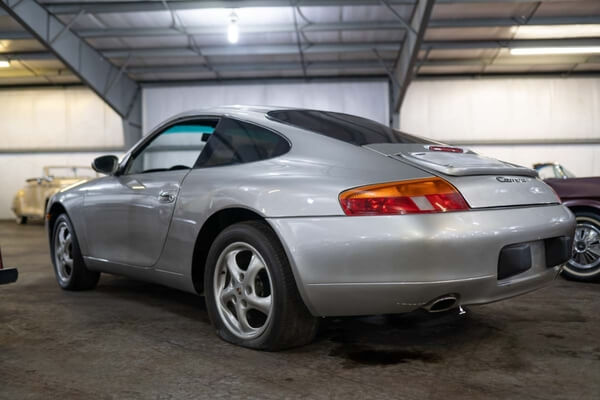 Rather than modifying what was one of the more expensive new sports cars at the time, the filmmakers opted to create a 996 Carrera lookalike based upon a 1978 Porsche 911SC Coupe. The 911SC was completely stripped from the roof down before it was fitted with handcrafted fiberglass composite bodywork. The seller notes that authentic German-made Porsche parts were used during its construction and that the Plexiglas windows were able to be kicked out by the stunt drivers in case of emergency. The car wears an Arctic Silver Metallic finish and 17” Porsche 996 Twist wheels with colored center crests. 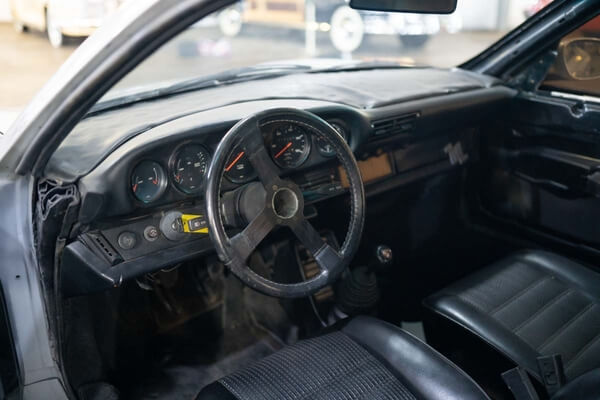 In contrast to the bodywork, the cabin was left largely untouched with its original black leatherette seats, carpeting, dashboard, and instrumentation remaining in place. A basic three-spoke steering wheel was installed for the stunt drivers and a commemorative movie logo badge is applied to the passenger side glovebox. 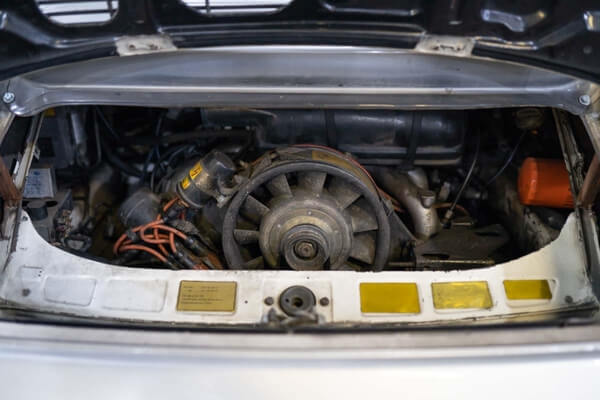 The engine compartment houses an air-cooled 3.0L flat-six motor paired with a 5-speed manual transmission that drives the rear wheels. The operational condition of the car has not been evaluated and the vehicle is being sold as-is. 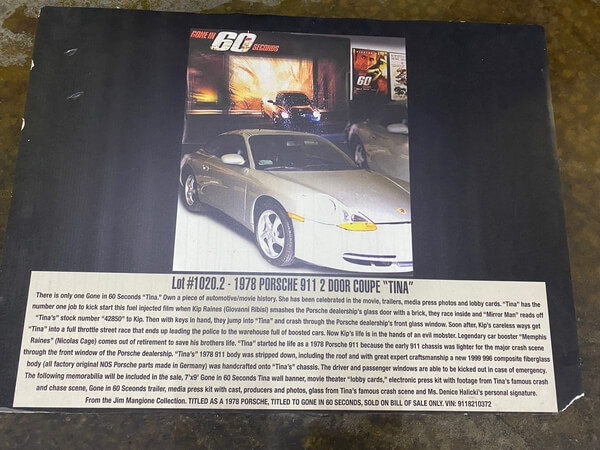 This 911 movie car is offered with a bill of sale and associated film memorabilia.