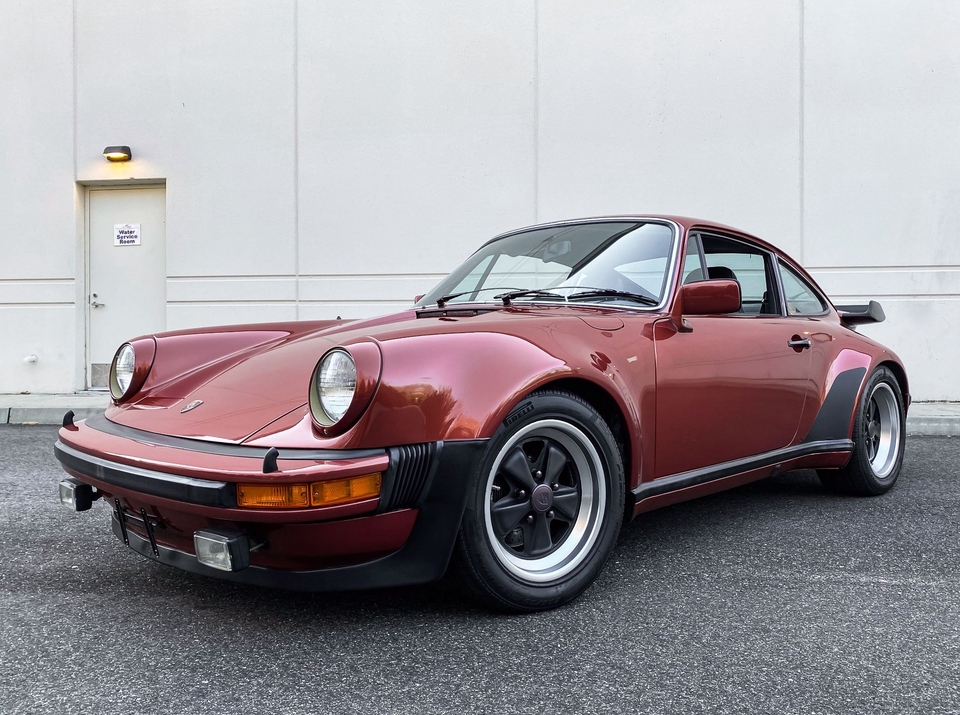 Now up for auction is this outstanding 1978 Porsche 911 Turbo finished in Paint to Sample Diamond Sahara Metallic over a black leather interior with factory Sport Seats.  Originally purchased through Trans World Motors in Goleta, California as one of only 461 U.S. examples produced for the model year, this 930 was eventually sold to its long-term owner in 1981 who would keep the car in their private collection over the next 38 years while only adding 4k miles.  Reported to have been meticulously looked after its entire life with a full engine rebuild carried out in 2013 at a cost of over $26k, this Turbo is now being offered in superb overall condition by its seller in New York with just over 25k miles showing on the odometer. 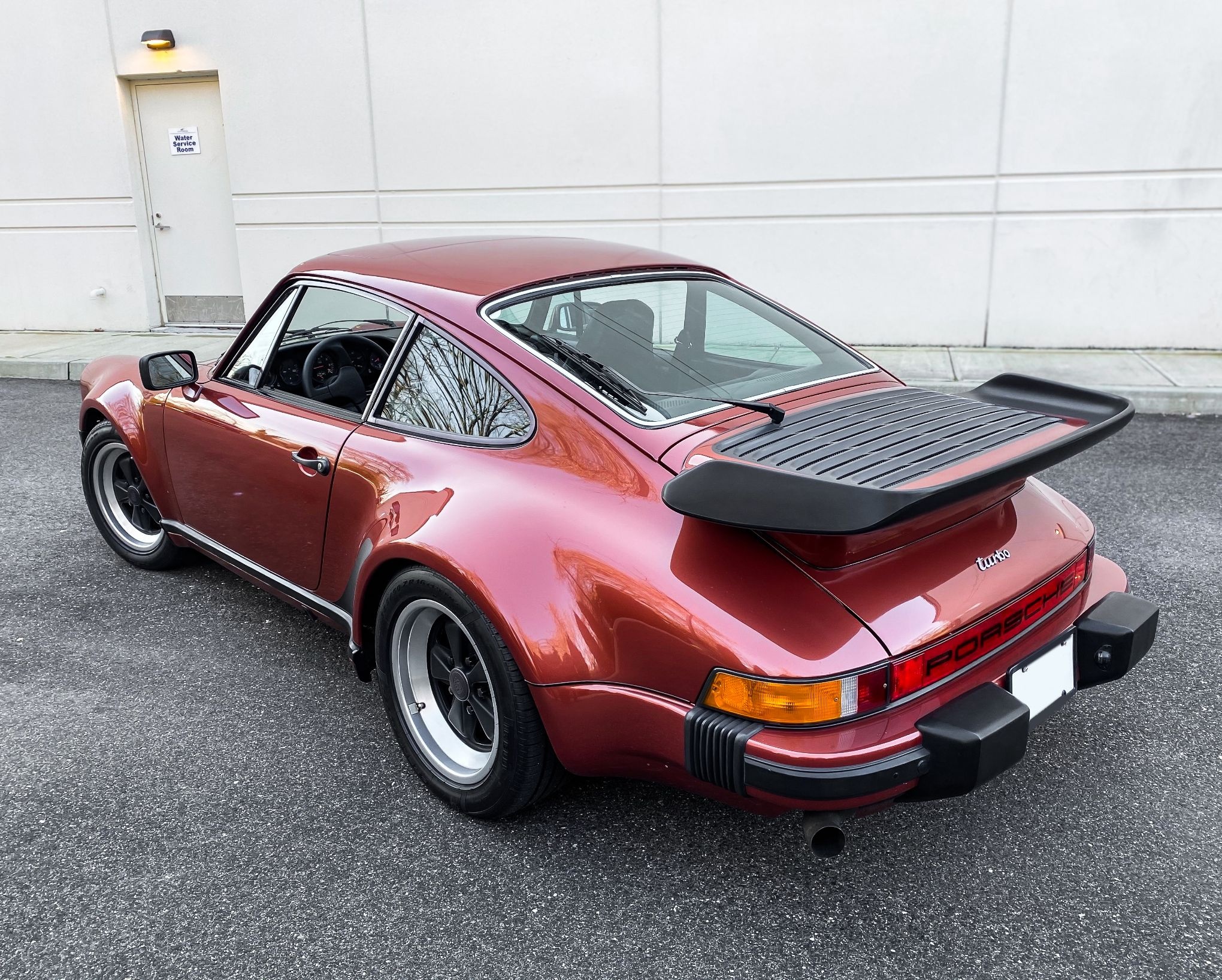 This 930 is factory finished in the rare Paint to Sample color of Diamond Sahara Metallic.  The paint is said to be in excellent overall condition, reflecting a life of diligent care.  See the photo gallery for a collection of detailed images and paint meter readings. Noteworthy features on this Turbo include its wide fenders, front spoiler, fog lights, Tea Tray rear decklid, and original Fuchs wheels dressed in Pirelli P-Zero tires.

The black leather interior has been preserved in impeccable original condition.  Factory features include highly desirable Sport Seats, an electric sunroof, a black headliner, a power-operated exterior mirror (right), and equipment for California.  A 930 SE steering wheel has been installed and the original wheel is included in the sale. The factory radio remains in-place and all gauges and accessories are said to be working properly. 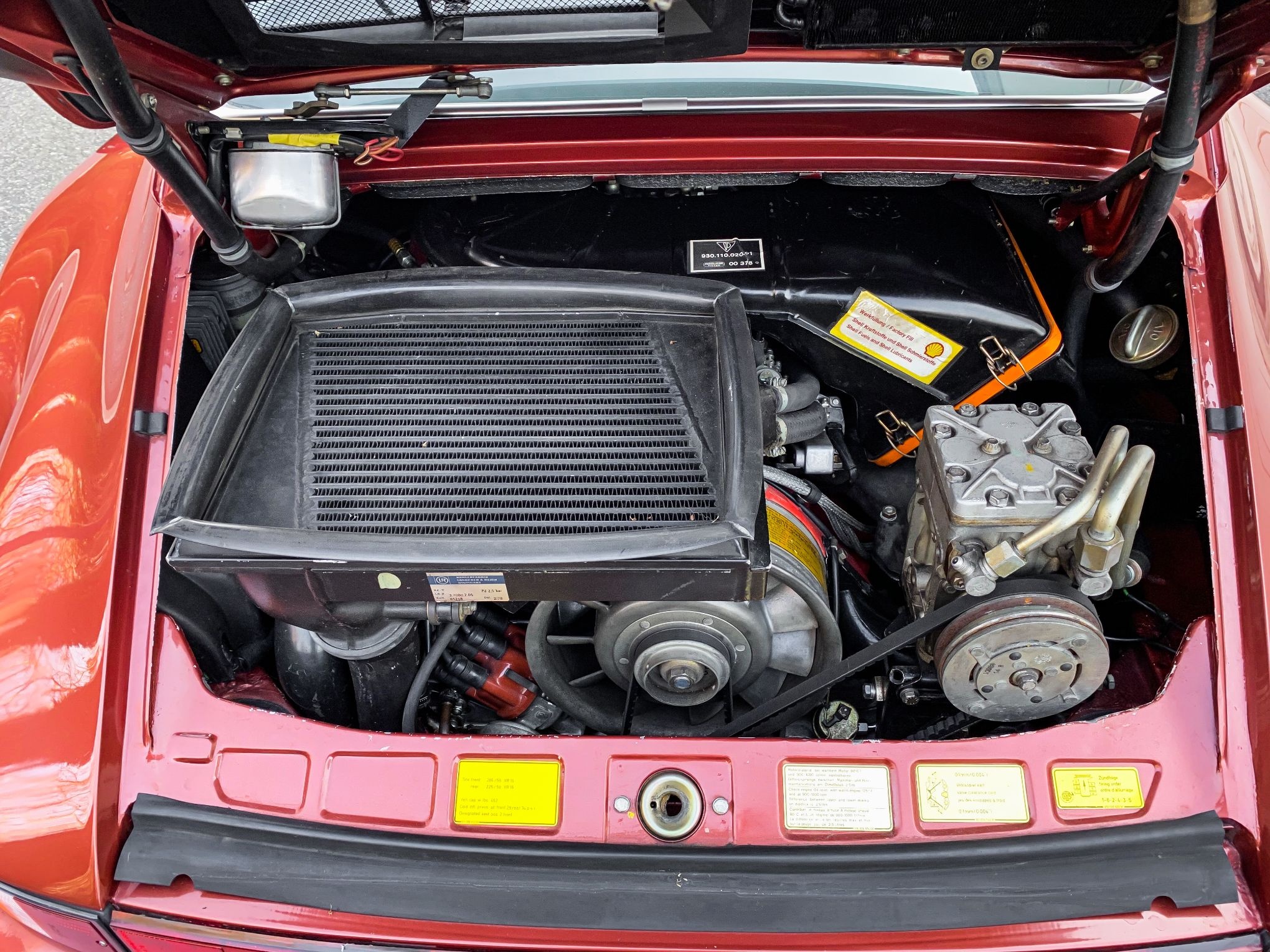 This example retains its original 3.3 L turbocharged flat-six engine which is paired with a numbers-matching 4-speed manual transmission.  In 2013, the engine received a complete rebuild following a seized camshaft lobe.  All work was carried out by Schneider Autohaus of Santa Barbara, CA, who had been performing all maintenance on the car up until that point. A rebuilt turbocharger was also installed along with a new oil cooler at that time.  All documentation is included, the cost totaling over $26k. In recent Porsche collector ownership, another $6,000 was spent to install an original 930 European exhaust system (original heater boxes are included), oil lines, a valve adjustment and fluid service.  A new battery was also recently installed. 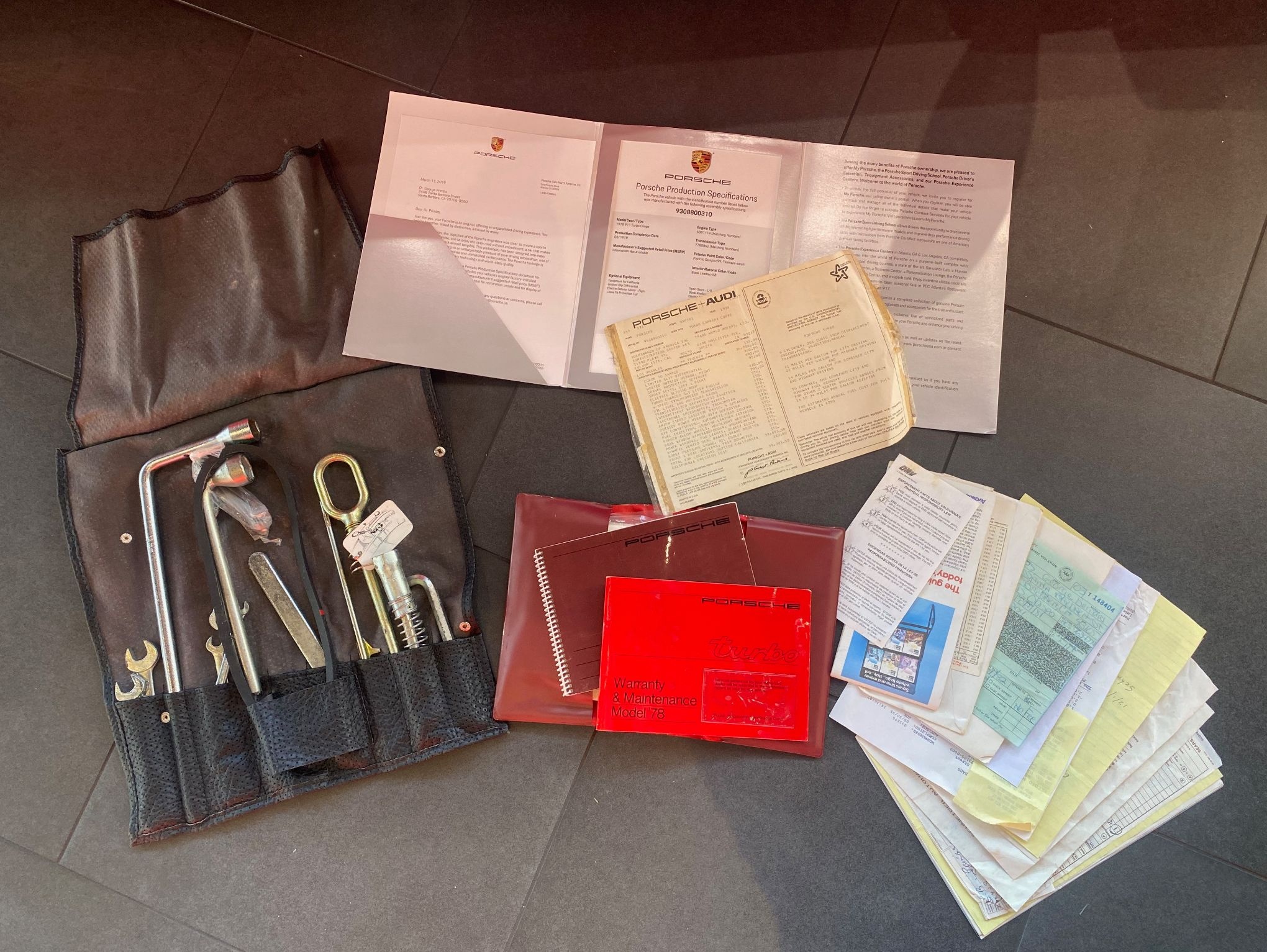 The 930 is accompanied by its original window sticker, service records from new, original books, tools, jack, spare tire, and Porsche Certificate of Authenticity.  An icon of Porsche’s history, this exceptional Paint to Sample 930 makes the perfect addition to any world-class collection.