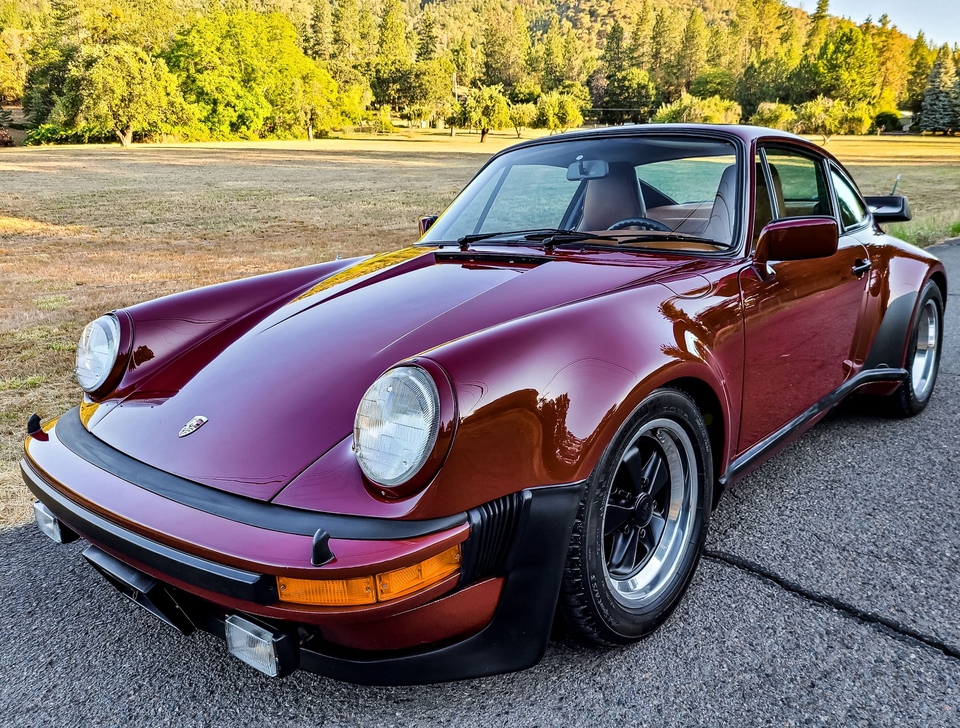 We are pleased to present this stunning 1978 Porsche 911 Turbo finished in the rare combination of Paint to Sample Brocade Red over a Cork leather interior.  Representing the first generation of intercooled 3.3 L Turbo as well as one of only 461 U.S. spec examples produced the model year, this 1978 930 showcases factory Sport Seats and a number’s matching drivetrain with a factory optioned limited slip differential.  Having been treated to a full glass-out restoration in 2002 under the care of its original owner at a cost of over $45k, this 930 has been kept in pristine condition with only 15k miles driven since.  Accompanied by a Porsche Certificate of Authenticity as well as a collection of service records and documentation, this exceptional 1978 example is now being offered by its seller in Oregon. 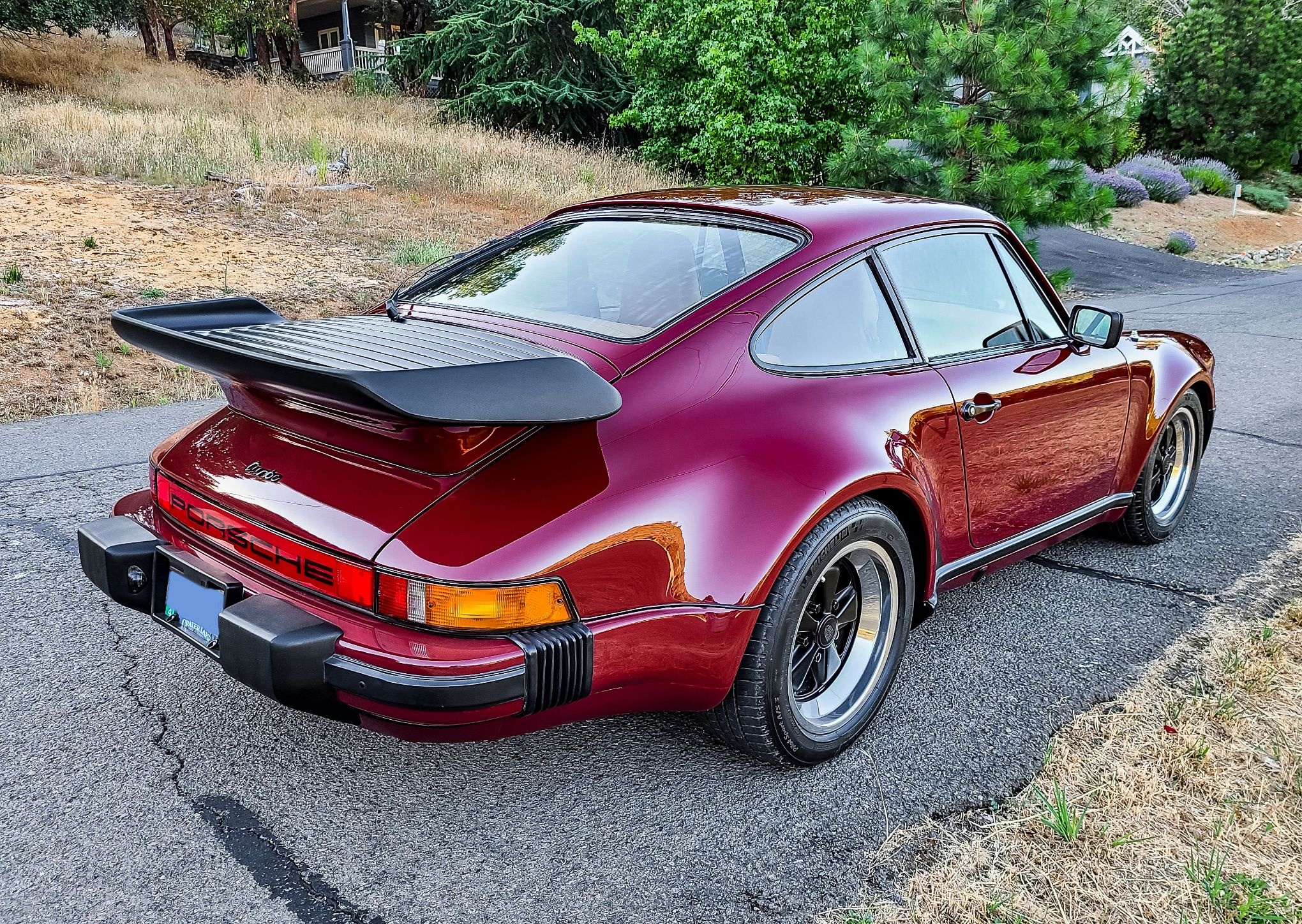 Under the original owner’s care in 2002, this 930 was treated to a full restoration which included a professional glass-out respray in the factory specified Paint to Sample color of Brocade Red.  Most of the body and window seals were replaced during this time and the seller confirms the paint remains in excellent condition with some minor wear, a few small touch ups and an imperfection located near the driver’s side taillight (detailed images are provided in the photo gallery).  This Turbo features widened fenders, a front valance with fog lights and a distinctive “tea tray” rear spoiler which accommodates the intercooler debuted for the 1978 model year.  H-5 headlights have been added, and factory Fuchs wheels are retained which come dressed in Michelin Pilot Sport AS3 tires from 2016 bearing approximately 700 miles of use. 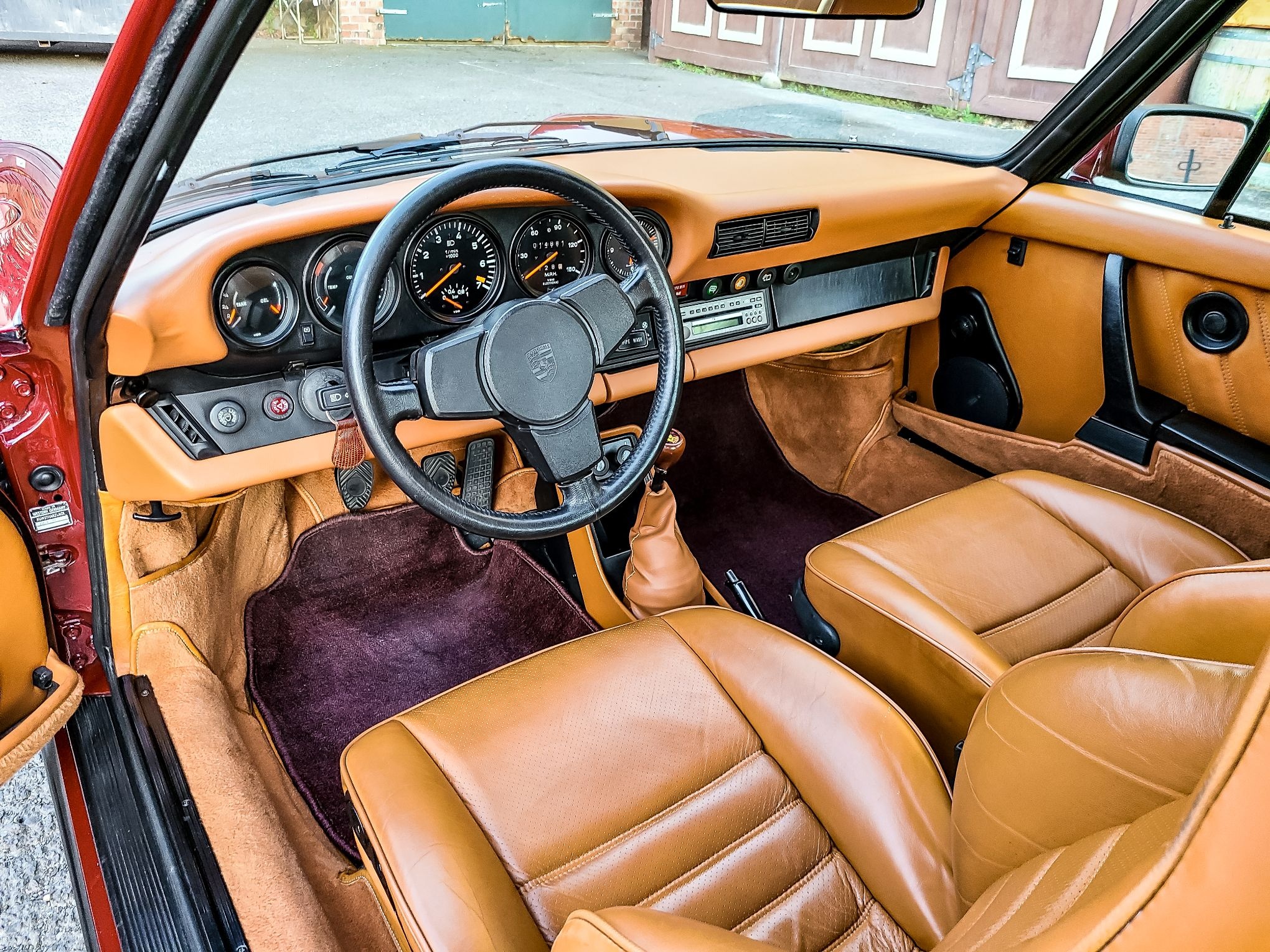 The Cork leather interior was also refurbished during the time of the restoration with reupholstered factory Sport Seats and a new headliner.  The original manual Sport Seats were swapped out in favor of power operated factory Sport Seats from a later model 911 under previous ownership. An upgraded Nakamichi stereo was also installed during the restoration in addition to a Diamond Audio amplifier and an integrated K40 radar detector and laser jammer at a cost of $15k.  The air conditioning has been recently refreshed and the seller confirms all gauges and accessories to be in good working order. 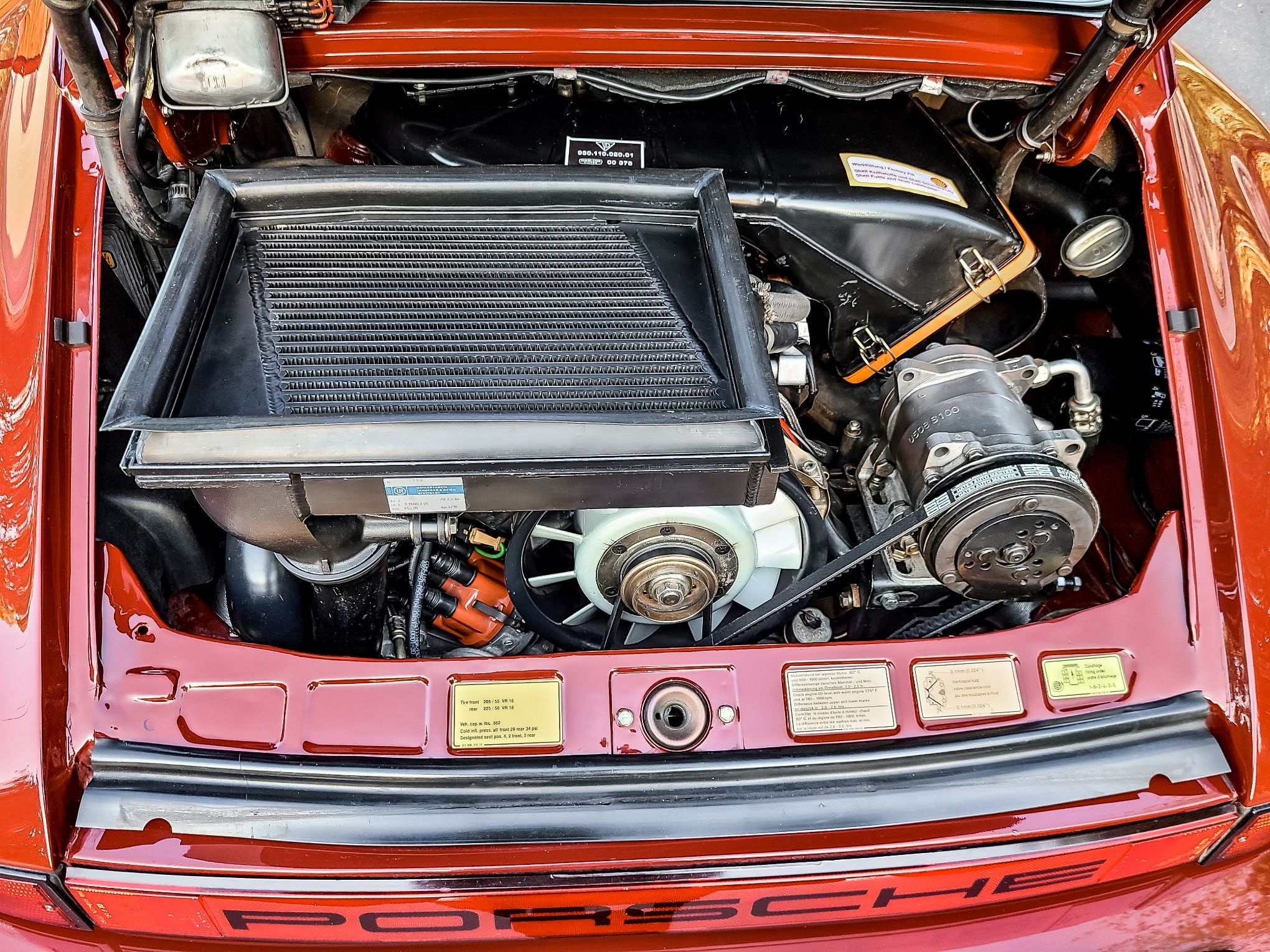 Marking the first year of the intercooled 3.3 L motor, this 930 carries its original turbocharged flat-six engine which is rated at 265 HP from the factory.  The rear wheels are driven by way of a rebuilt and number matching 4-speed manual transmission with a factory optioned limited slip differential.  In 2002 with 113k showing on the odometer, the engine was completely rebuilt during the restoration. According to the seller, approximately 15k miles have been added since.  Performance upgrades include a K27-7200 turbocharger, C-2 cams, GHL headers and a polished front strut brace. All routine maintenance has been kept up to date with noteworthy recent service items including new OEM vacuum lines and a brake fluid flush as well as a valve adjustment performed within the last 600 miles.  This 930 is reported to be in exemplary running order with a collection of service records and a California smog certificate which is transferrable until October of 2020. 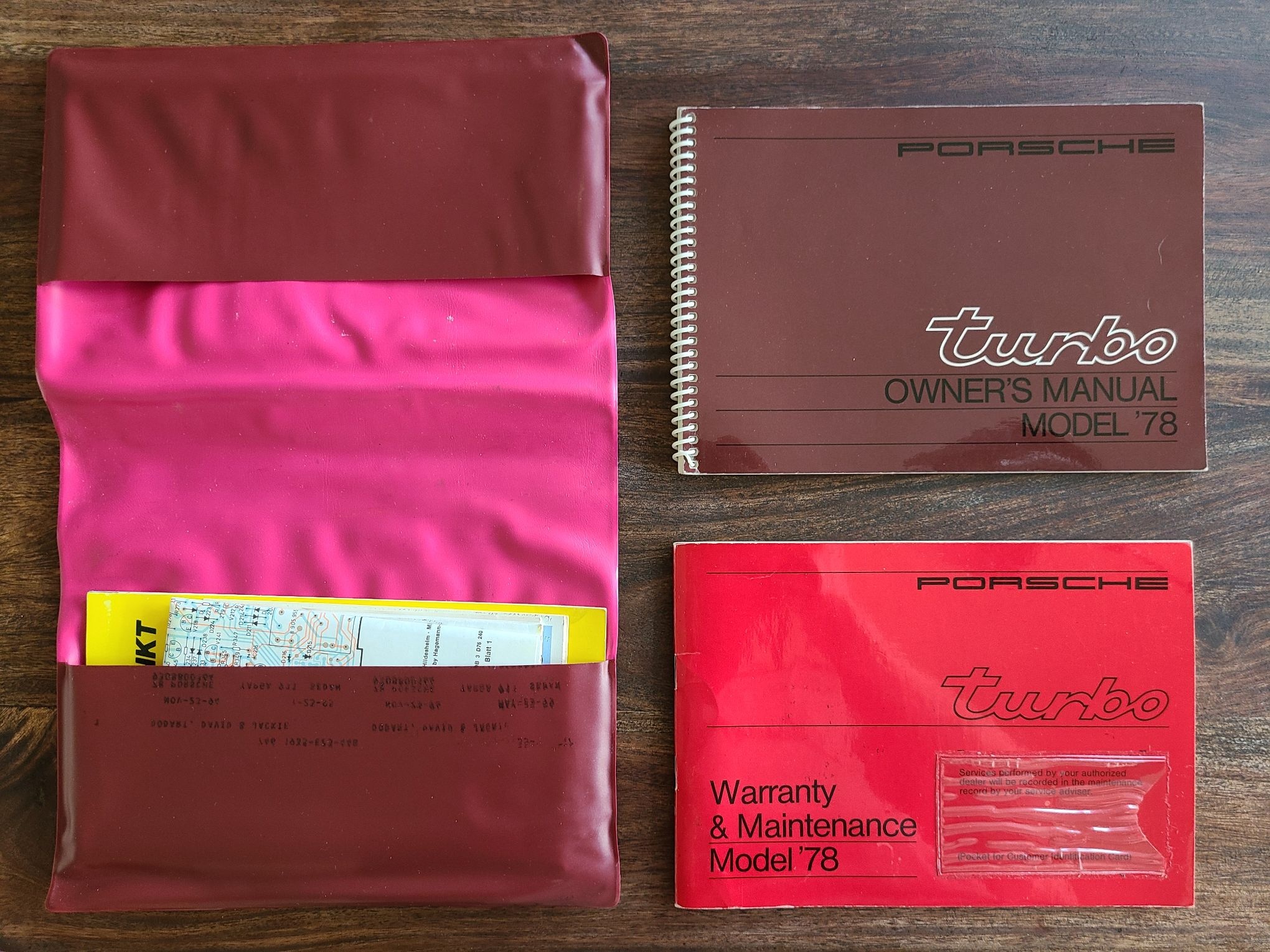 The sale of this Turbo will include 2 keys, 1 valet key, service records and a clean Oregon title as well as the original books, toolkit, air pump, jack and spare tire.  This stunning 1978 example offers an incredible opportunity for any air-cooled Porsche enthusiast in search of a classic 911 Turbo.