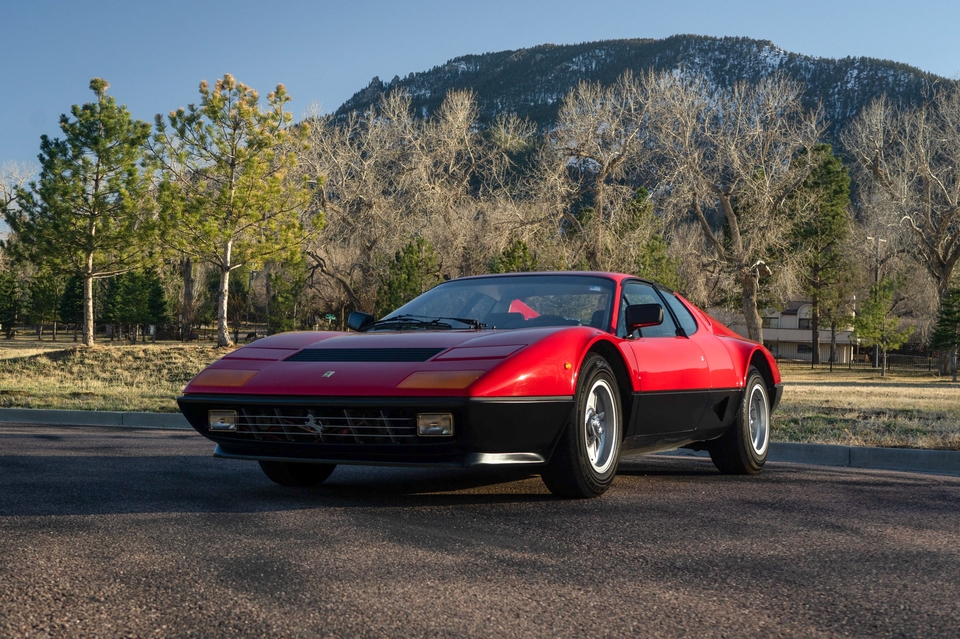 We are pleased to offer this 1979 Ferrari 512 Berlinetta Boxer, or BB, Coupe. A successor to the 365 GTB/4 BB, this new BB adopted a Dino-type nomenclature where ‘512’ indicates 5 liters and 12 cylinders. This 1979 BB is presented in Rosso Corsa with unique boxer trim over a black leather interior, and is said to have been imported into the U.S. by Amerispec of Danbury, CT in August of 1979 and brought to Colorado shortly thereafter. Distinguished as being one of a reported 929 produced from 1976-1981, this 3-owner BB is now being offered by a private collector in Colorado with approximately 31K-miles showing on the odometer. 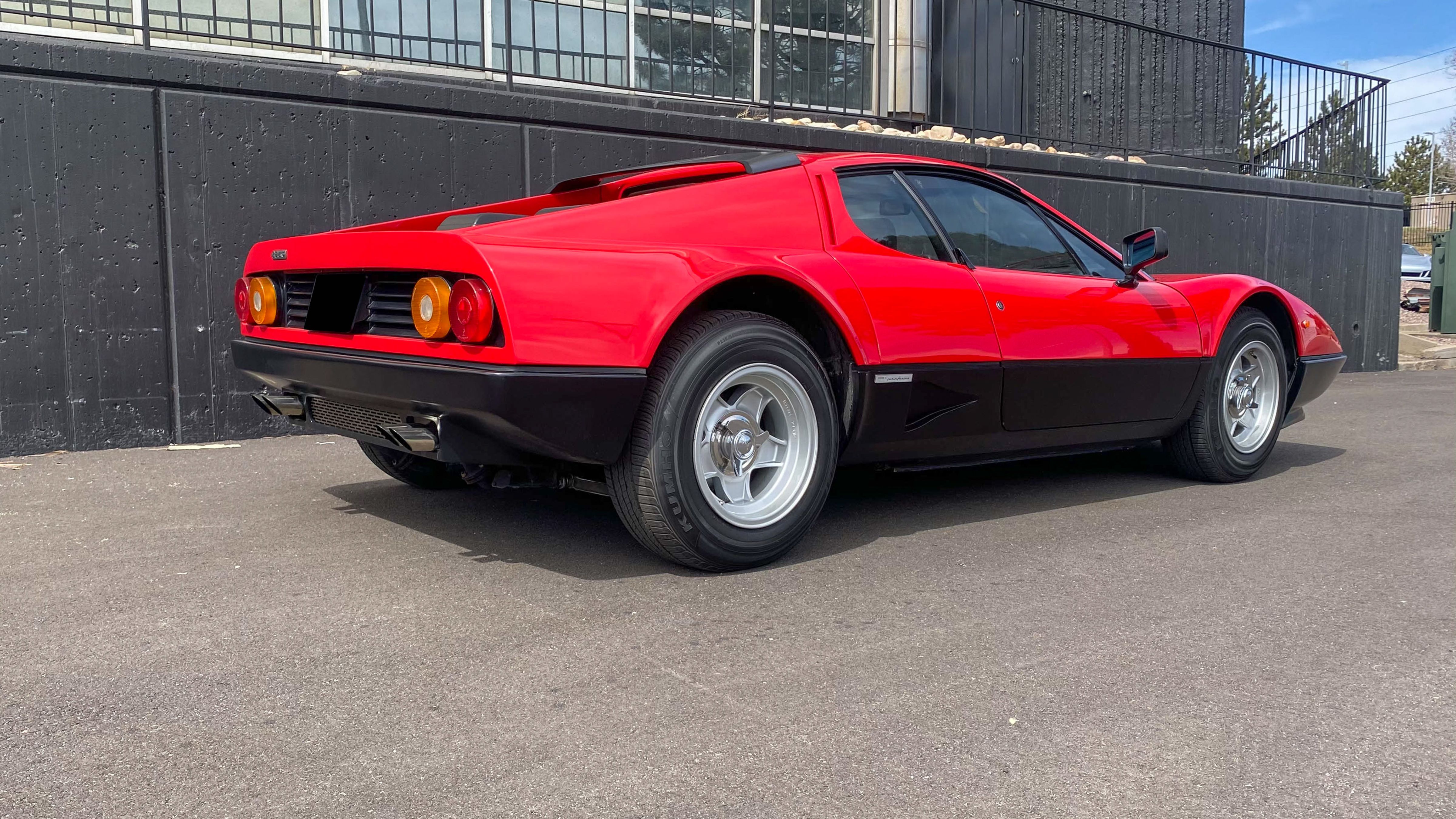 The iconic Rosso Corsa paint with Boxer trim is said to be in original condition throughout (detailed images are provided in the photo gallery). The Pininfarina styling showcases an air-dam spoiler beneath the nose, NACA ducts ahead of the rear wheel arches and four rear taillights instead of the predecessors six. This example retains its factory 15” knock-off wheels, European-spec bumpers and upgraded door mirrors. 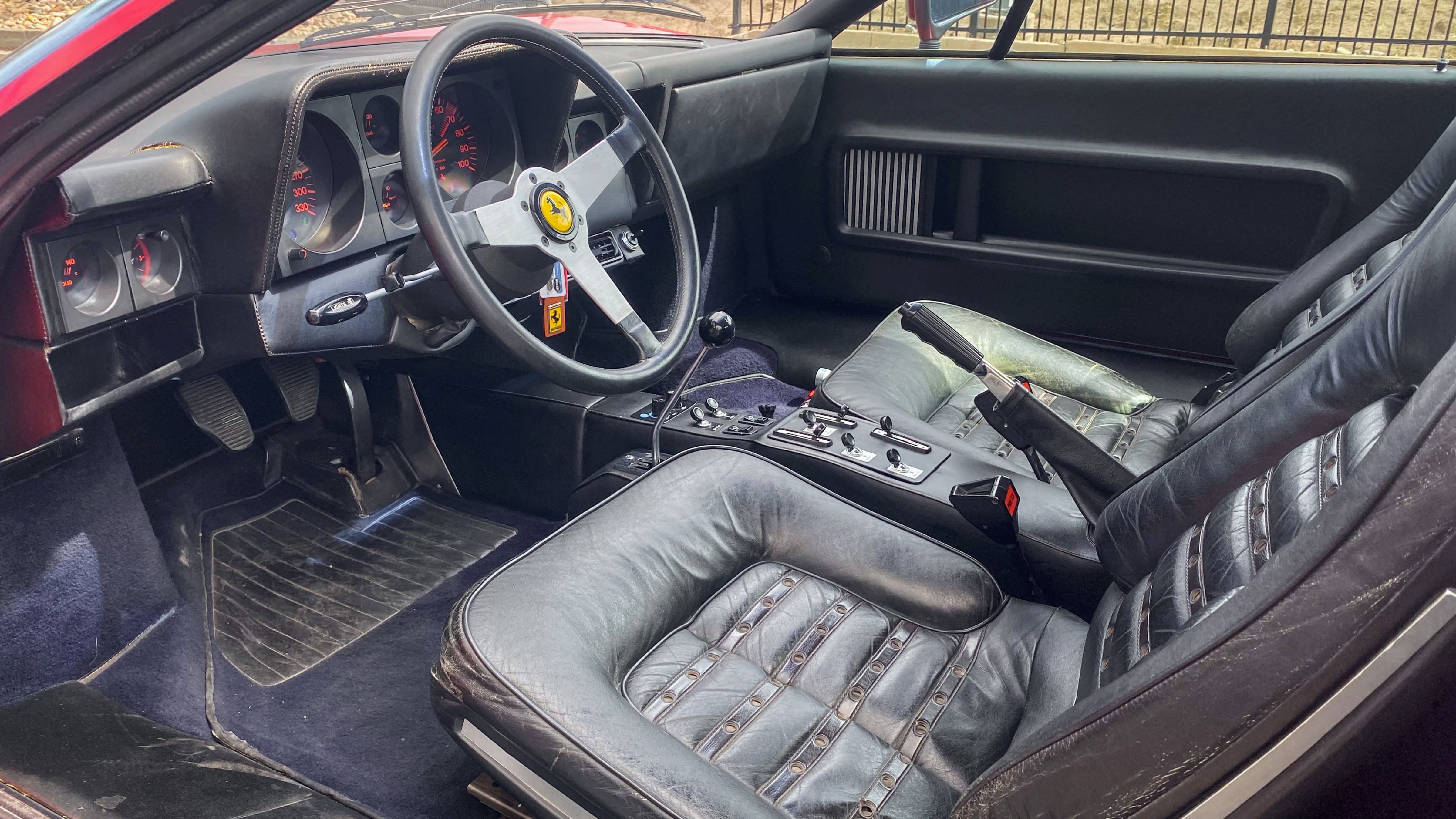 Inside, this 512 features a black leather interior which is said to be in beautifully preserved condition with wear to the driver's seat, (detailed images are provided in the photo gallery). It should be stated that the front windshield wipers are not in working order and the cord in the glove box is disconnected. 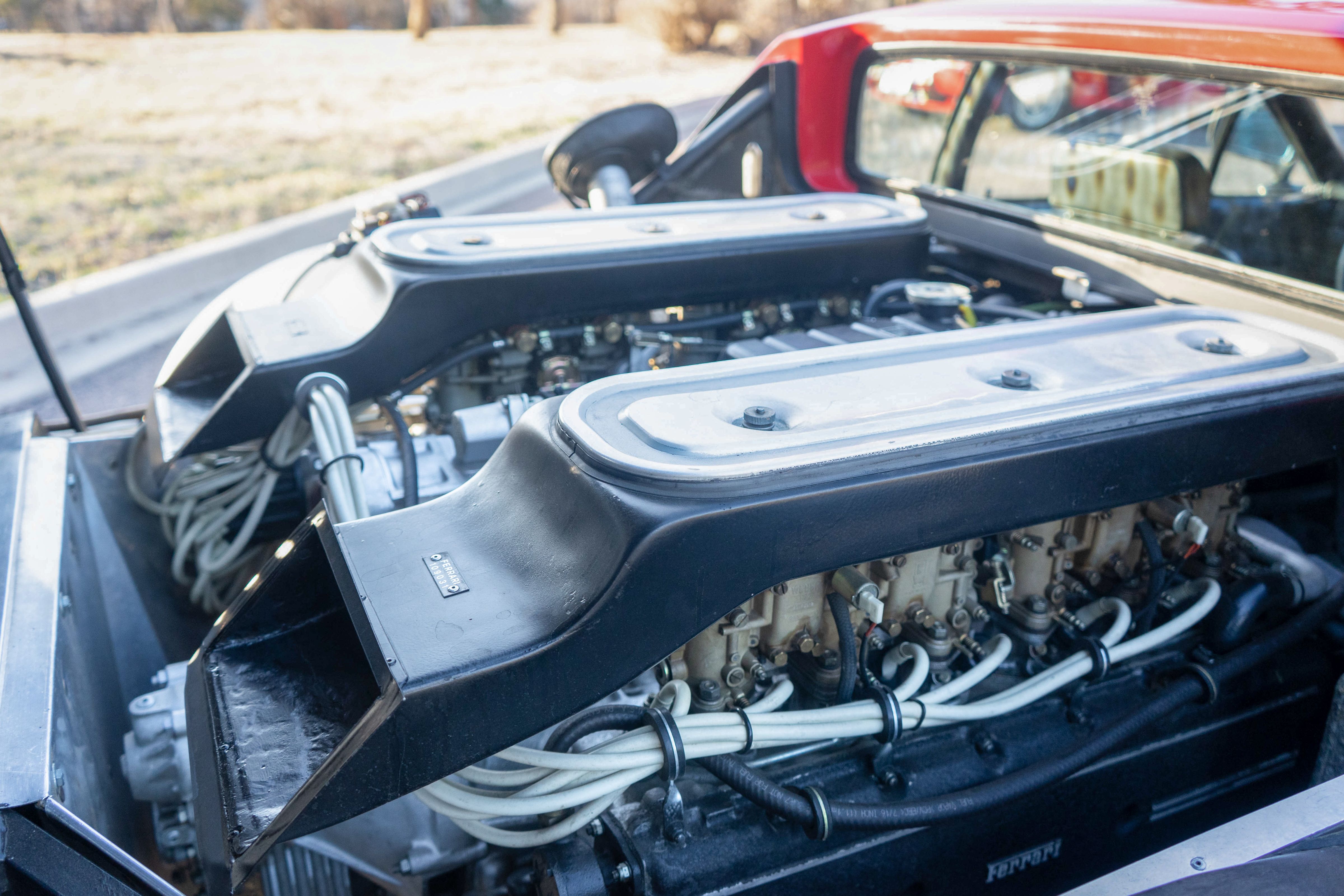 This BB carries a mid-mounted type F102B flat 12-cylinder engine, with dry-sump lubrication and Weber carburetors. Directly related to Ferrari’s contemporary Formula 1 unit, the motor delivers 340 HP at 6200 RPM to the rear wheels by way of a 5-speed gated manual transaxle with limited-slip differential. The BB was evaluated by Road & Track at a top speed of over 188 MPH. This example is reported to have been mechanically restored in late-2014 by Motion Products of Neenah, Wisconsin, details provided in the image gallery. A revised exhaust system was installed at that time. Since the restoration, this BB has participated in the Texas Bluebonnets Vintage Road Rally and remains in strong running order. 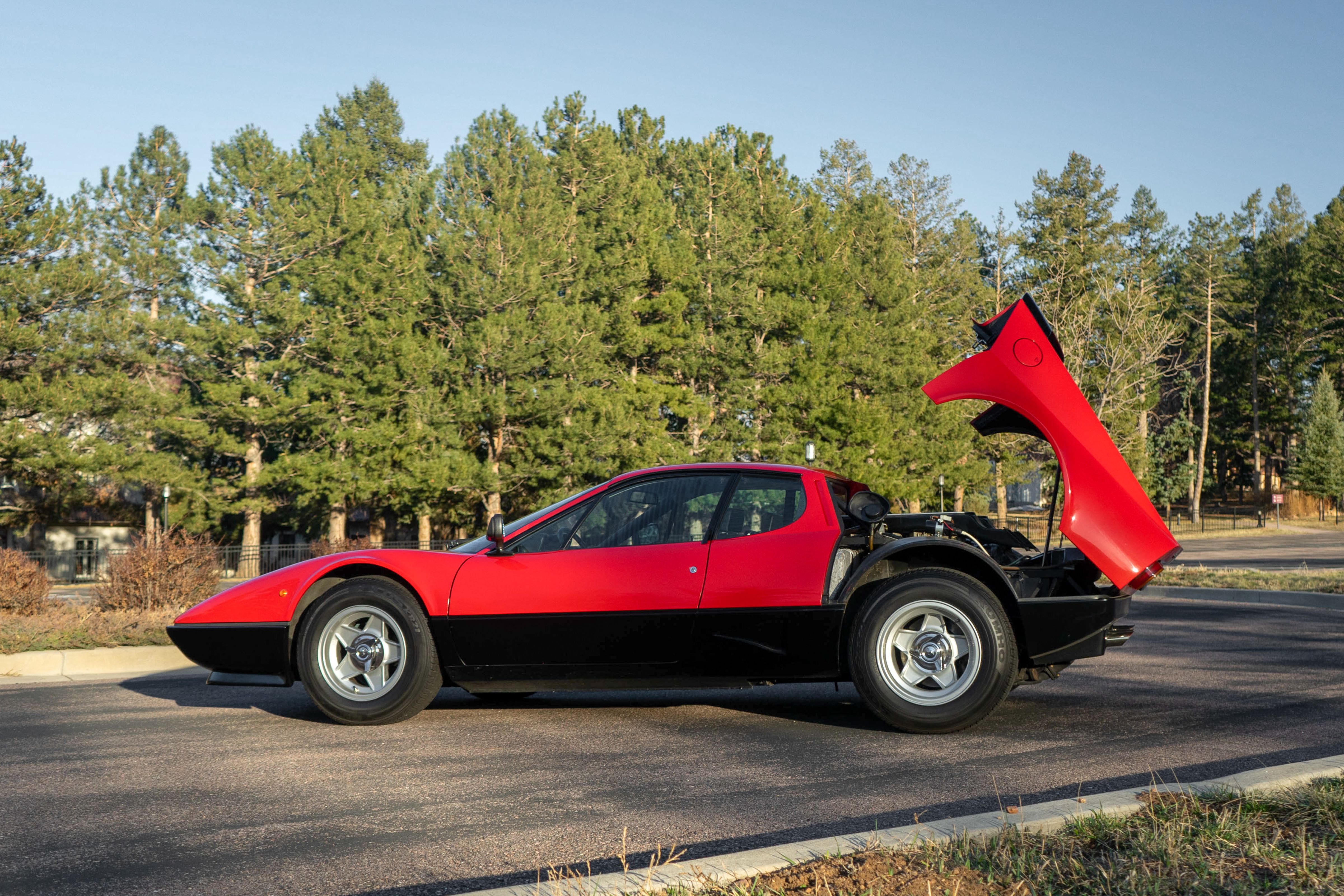 The sale of this Ferrari will include original tools, two binders of records and a clean title. With the value of 1960s and 1970s V12 Ferraris increasing dramatically, users and investors alike have recognized the potential of the Berlinetta Boxer series.