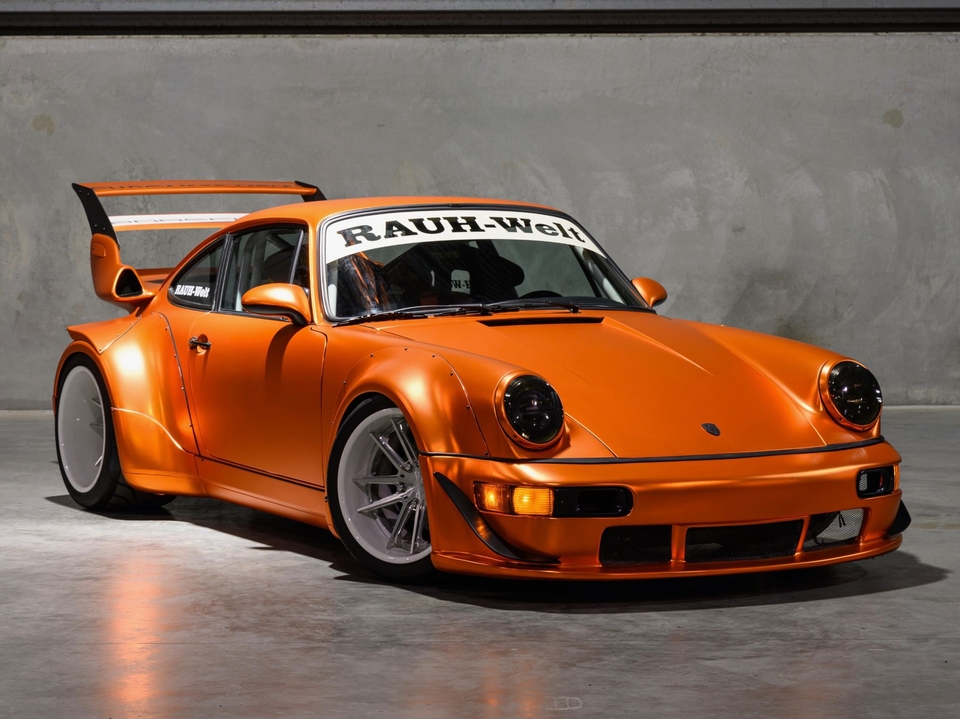 We are pleased to introduce “Chrome Temple”, custom-built 1979 RWB Porsche 911 SC. This 911 was outfitted with a 500HP+ small block V8 engine prior to being treated to a full RWB widebody transformation at the hands of automotive artisan Akira Nakai. Having had its engine fully rebuilt within the last 200 miles, this one-of-a-kind RWB build is now being offered for auction by its seller out of Australia showing approximately 3k miles on the odometer. 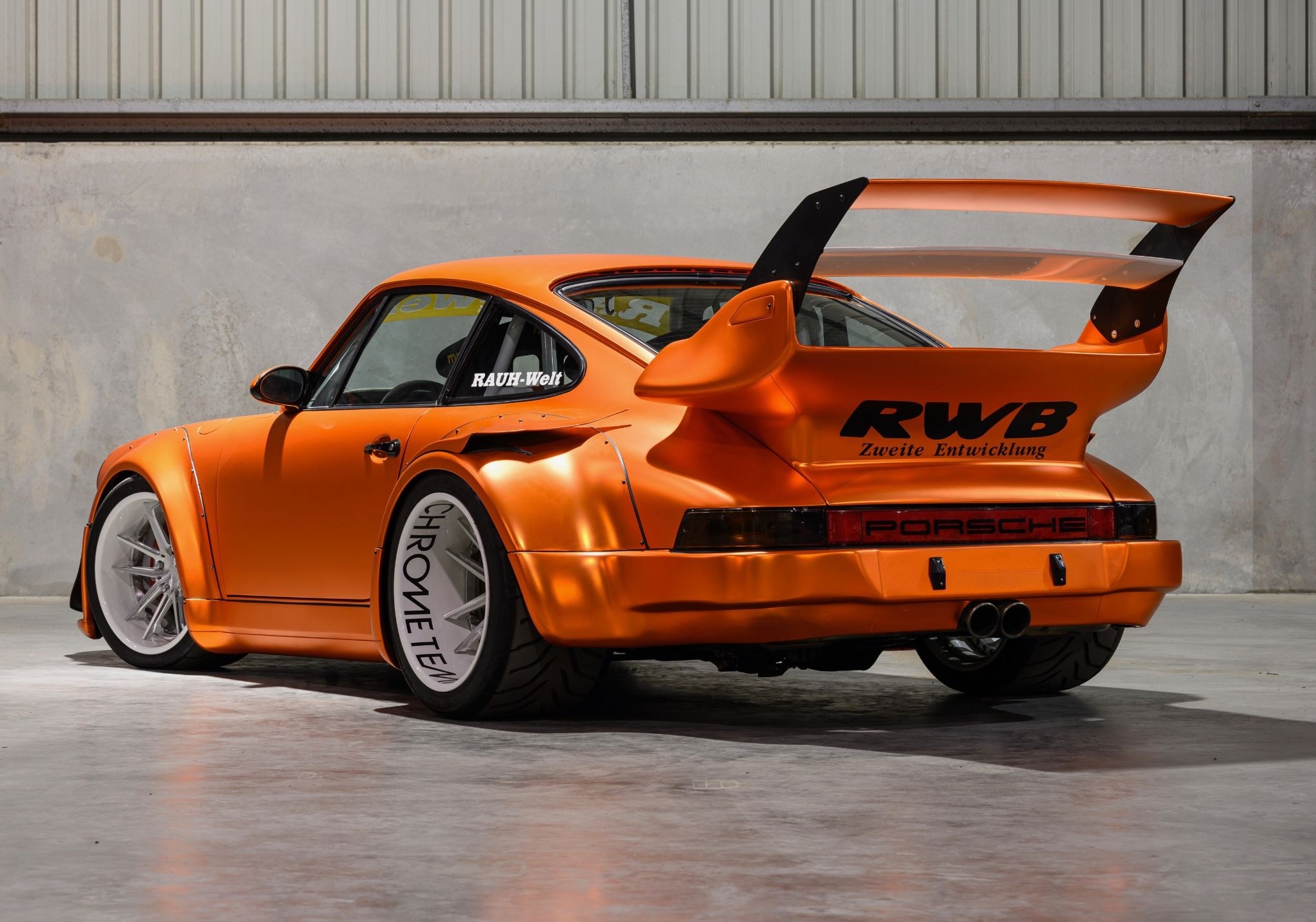 Upon the commission of this build in 2016, this 911 was professionally painted in Marlboro Fluro-Orange before Nakai-san was flown into California to personally install the Royal Widebody Kit, RWB’s widest and most aggressive variant. The car was then treated to a full HEXIS Satin Orange Chrome vinyl wrap, resulting in a truly eye-catching finish. Other exterior details include easily removable vinyl “Chrome Temple” graphics and custom 3-piece Kompression wheels in white which feature an aggressive deep dish and brushed floating spokes. These wheels measure 18”x13”, 18”x9” and come dressed in brand new Toyo R888c tires. 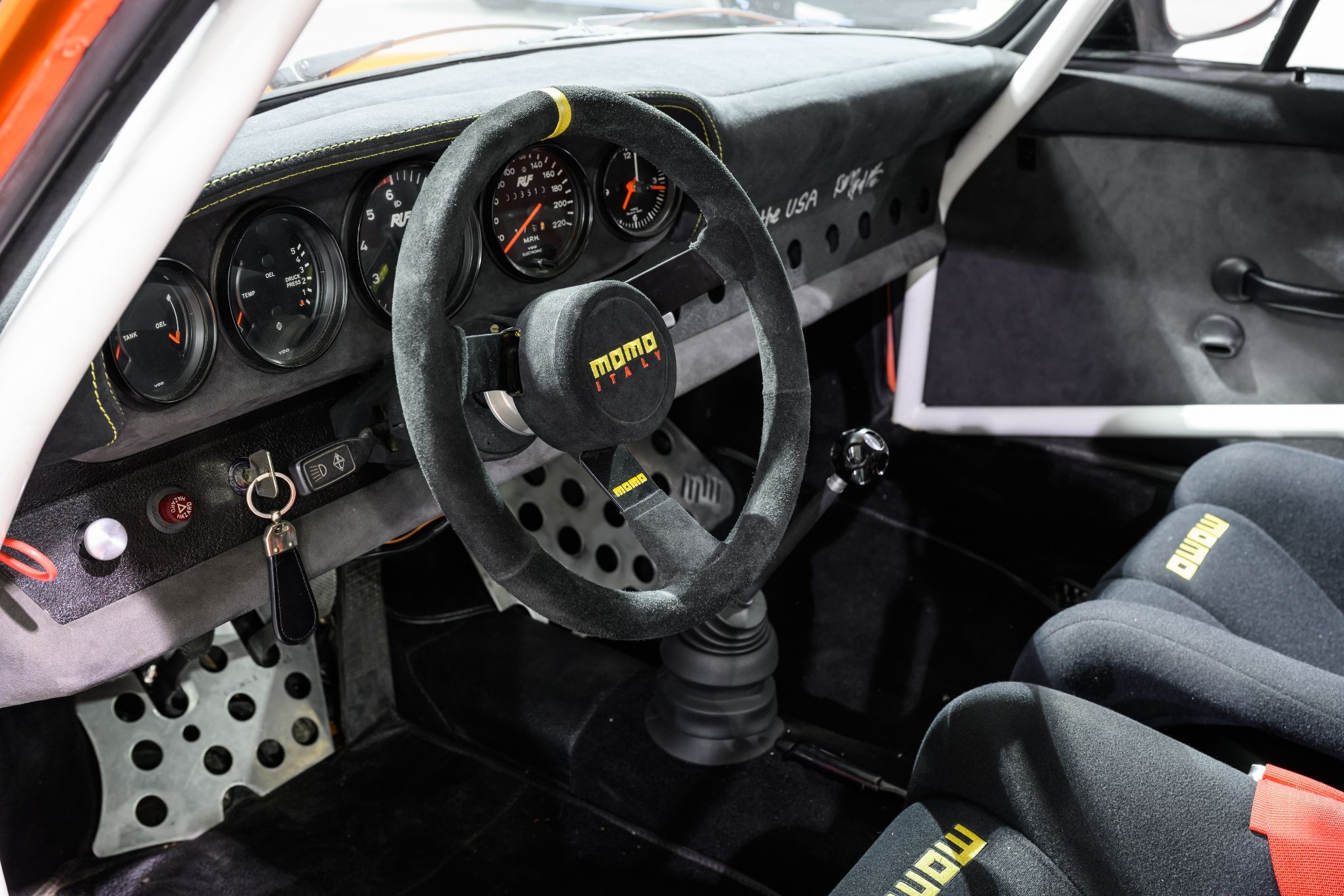 This 911 highlights a full Momo race-inspired interior that showcases Simpson harnesses and Alcantara upholstery. Other modifications include a full roll cage, a quick-release Momo steering wheel, digital temperature monitors, RUF dials and an MSD 6AL Digital Ignition Controller which has been mounted on the rear seat delete panel. The interior has also been lined with Dynamat sound dampening insulation which helps to reduce cabin noise and vibration. The seller confirms all electrical components and accessories to be fully functional, including the RUF gauges. 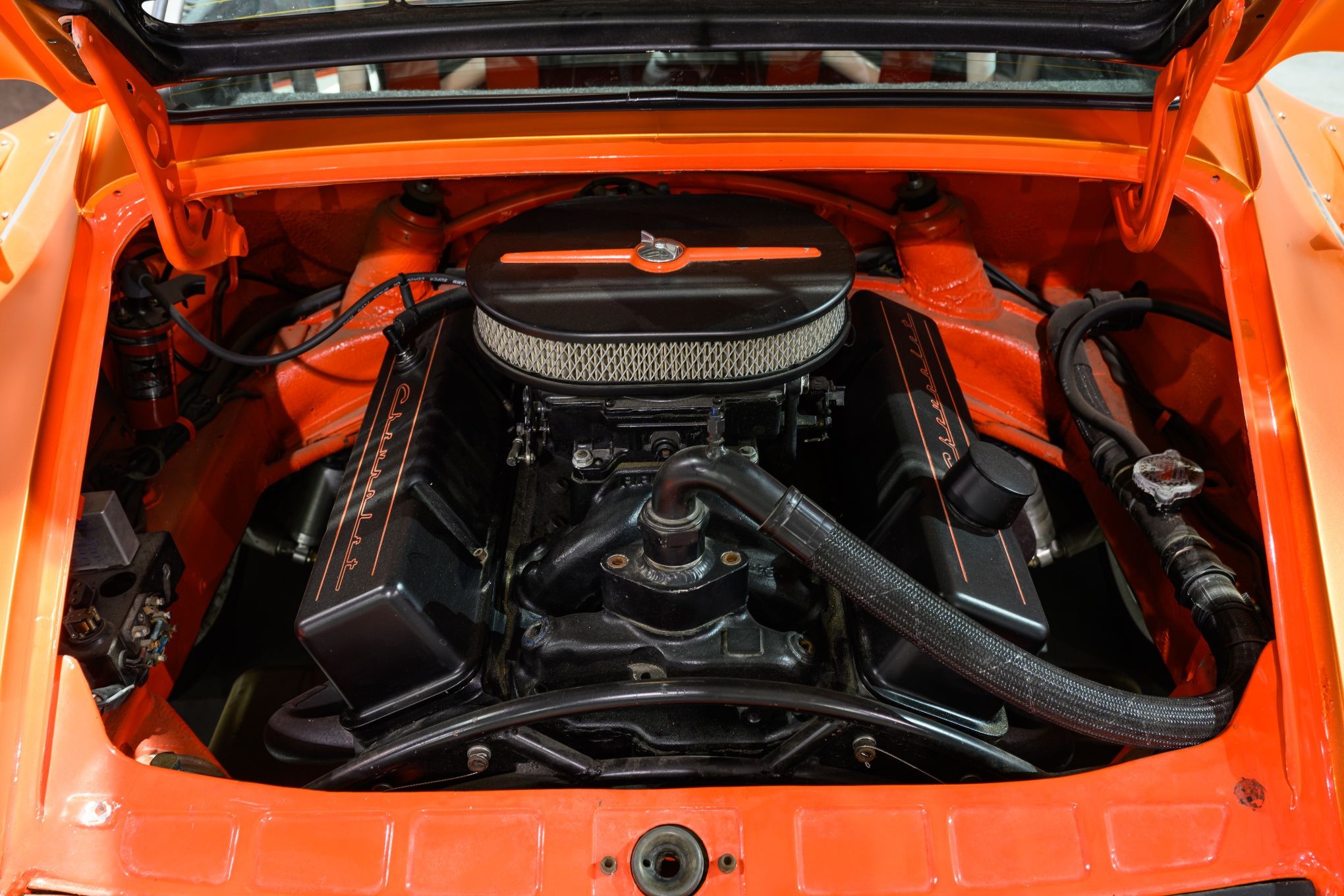 Prior to the RWB conversion, this 911 was outfitted with a NASCAR inspired 400ci Chevy small block V8 engine rated at approximately 500 HP. The rear wheels are driven by way of a 915 5-speed manual transmission rebuilt by the specialists at Renegade Hybrids in Las Vegas. Powerful Brembo brakes have been installed along with fully adjustable Eibach suspension and a custom exhaust system with dual Cup style tips. The seller states that the engine was fully rebuilt within the last 200 miles and the car is said to be in excellent driving condition. 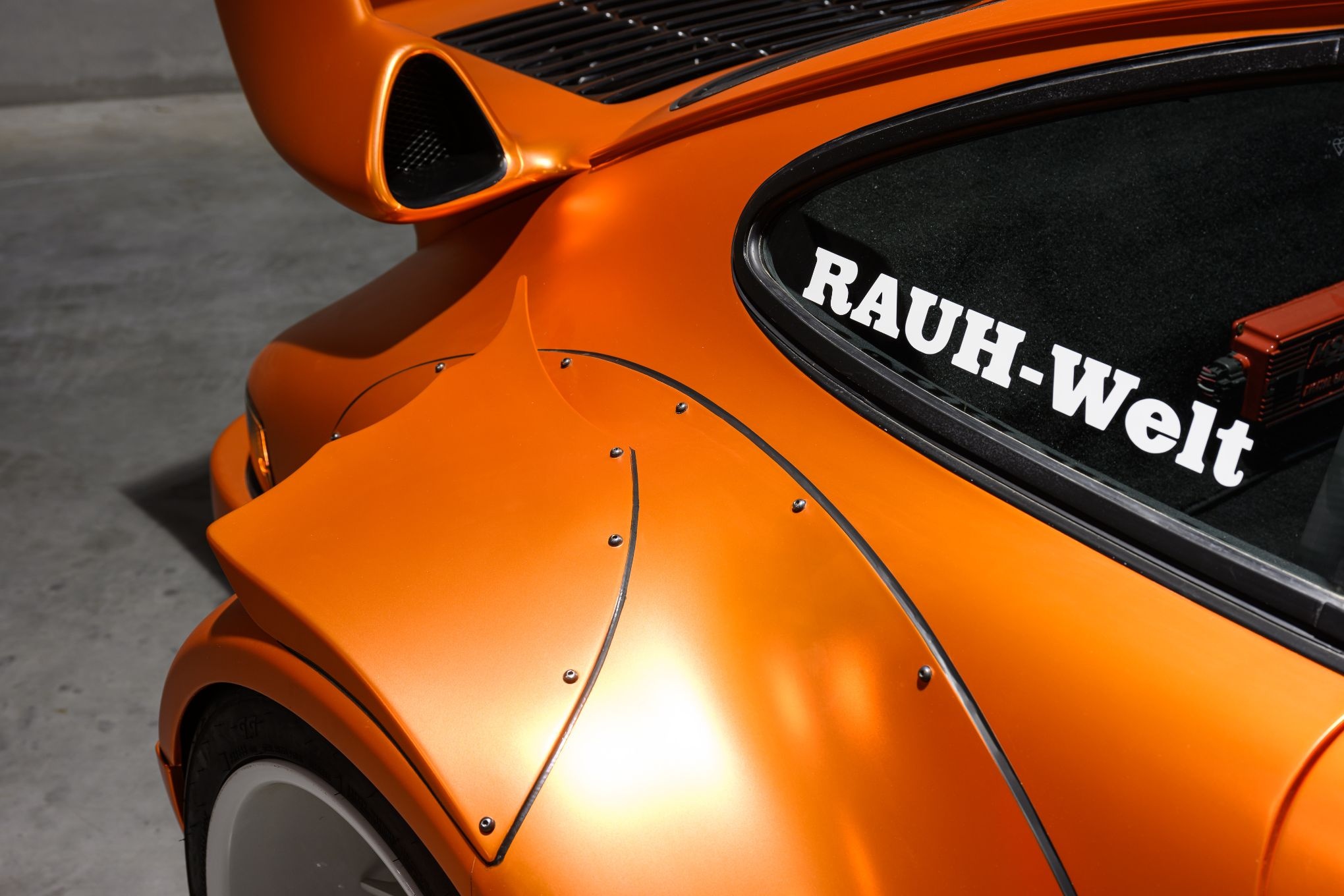 Originating on the streets and racetracks of Japan, RWB or Rauh-Welt Begriff, has become known as one of the foremost Porsche customizers. Recognized for their incredibly wide stance and signature bolt-on fenders, RWB widebody kits offer aggressive styling for the passionate enthusiast. Many owners opt to have the creator of RWB, Nakai-san, install the kit personally to ensure perfect fitment. 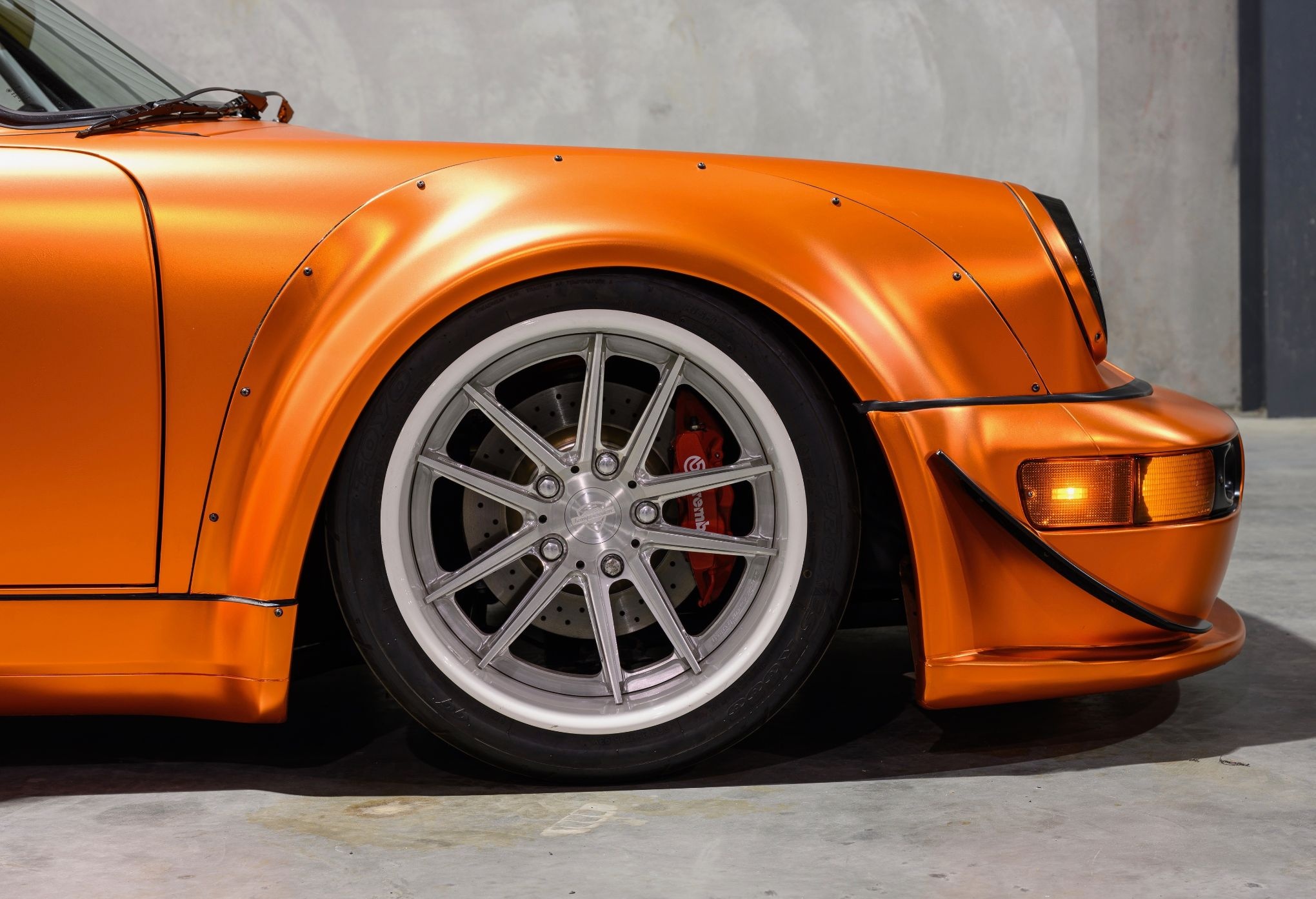 The sale of this show-stopping RWB 911 will include one master key. Do not miss out on this incredibly elusive opportunity to own a one-of-a-kind V8 RWB 911 created by Akira Nakai himself.