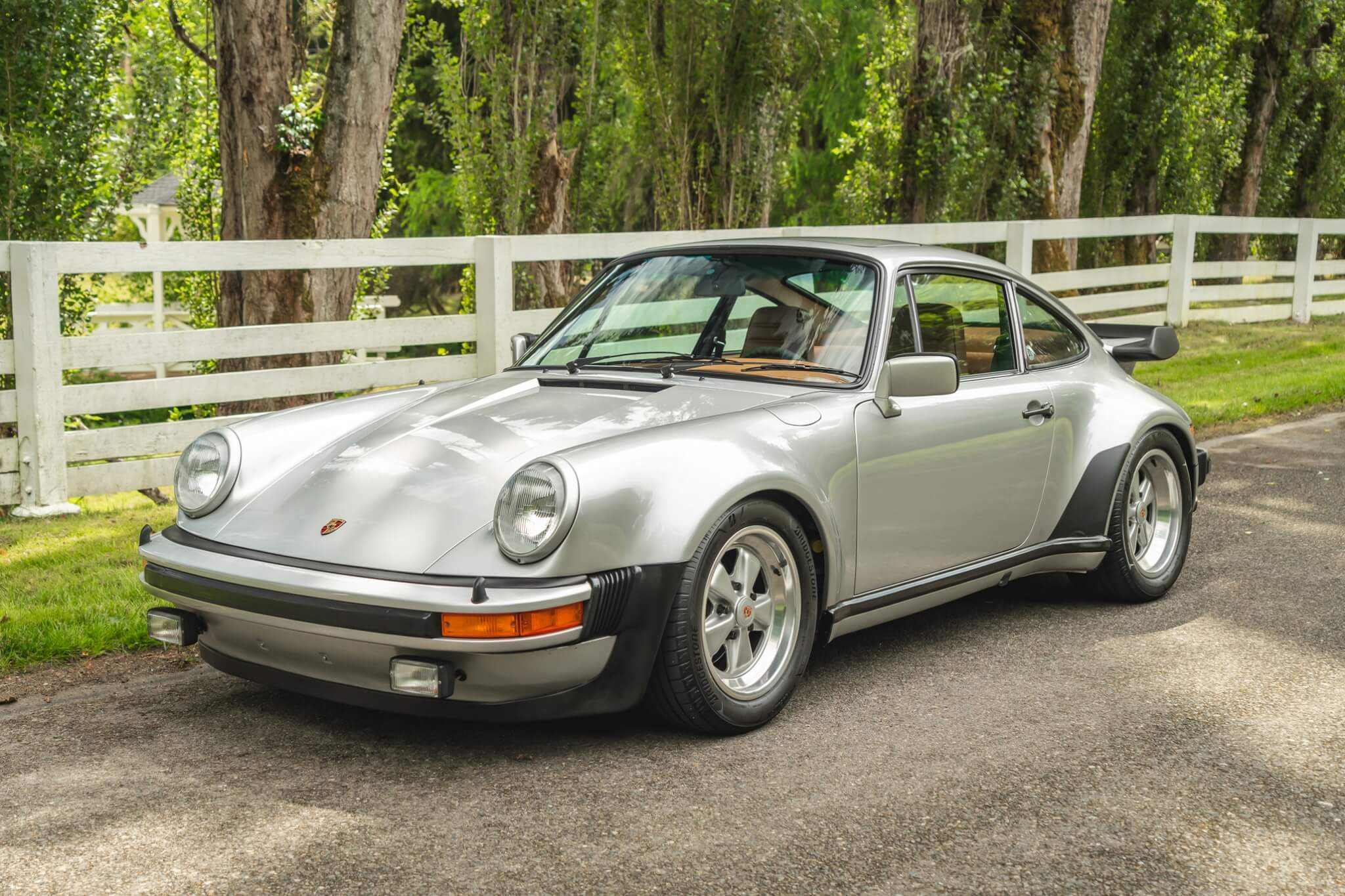 Factory finished in Silver Metallic over Cork leather, this 1979 Porsche 930 Turbo Coupe was acquired by the current owner in 2003 from the collection of Soundgarden’s lead vocalist Chris Cornell.  The car changed hands in 2005 and was later reacquired by the current owner after it appeared for sale in 2007. As a Porsche brand ambassador who worked in Porsche sales, the owner meticulously looked after the car including the completion of a top-end engine rebuild and reseal as well as a thorough recent service. This 930 shows approximately 79k miles on the odometer and is now being offered for auction by its seller out of Washington accompanied by a Porsche Certificate of Authenticity and extensive service records. 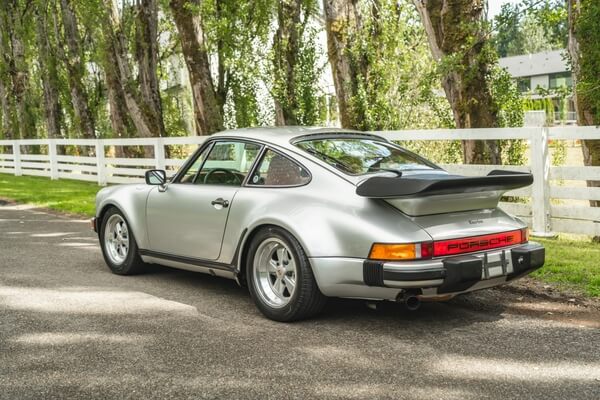 This 930 Turbo comes finished in Silver Metallic (Z2Z2) and features 16” Fuchs wheels with custom color-matched centers, polished lips, crested center caps, and new Bridgestone. Other equipment includes black rear stone guard decals, a rubber front air dam, front fog lights, headlamps washers, a rear window wiper, and Tea Tray rear spoiler. The car is said to have been completely refinished in its original color by Queen City Automotive over 25 years ago and is described to remain in excellent overall condition showing only a few minor nicks to the exterior. The seller adds the car has always been kept indoors and driven approximately 6k miles under current ownership, detailed images are provided in the gallery. 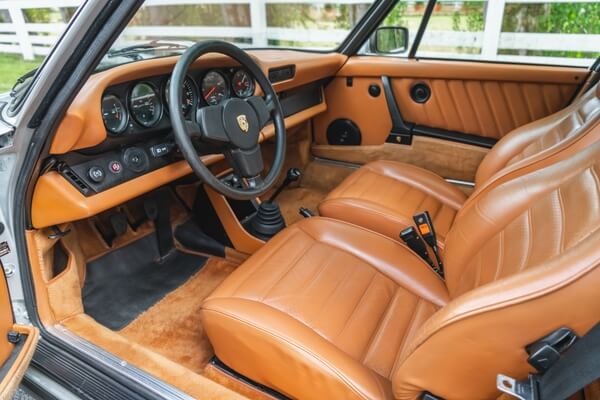 The cabin is upholstered in Cork (88) leather with matching carpets and Turbo-logo floor mats.  Porsche crests have been added to the steering wheel and interior door handles, the shift knob has been replaced, and the seats have been refurbished with new stuffing. The air-conditioning has been converted to R134a, although the system does not blow cold at this time and likely requires a recharge.  All other accessories are said to be working properly. 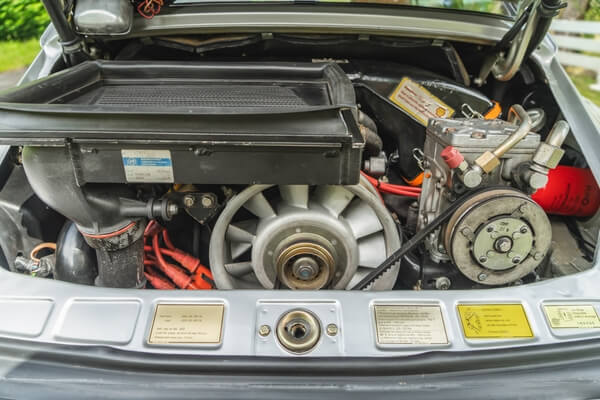 Producing up to 265 HP and 291 lb.-ft of torque, the 3.3-liter turbocharged flat-six engine is paired with a 4-speed manual gearbox and factory optional limited-slip differential. A top-end engine rebuild and reseal were completed by Barrier Motors of Bellevue Washington in 2008 at 72k miles which included ARP rod bolts, shot-peened rods, new fuel injectors, and a five-angle valve grind. An upgraded GHL stainless-steel exhaust was also fitted along with a TiAL wastegate. Recent service completed in preparation for sale totaled nearly $5k with an oil and filter change, brake fluid flush, new fuel pumps, fuel filter, pump relays, steering column bushing, valve cover gaskets, a battery, and four new tires as well as leak down and compression tests. Corresponding invoices are provided for reference in the gallery. 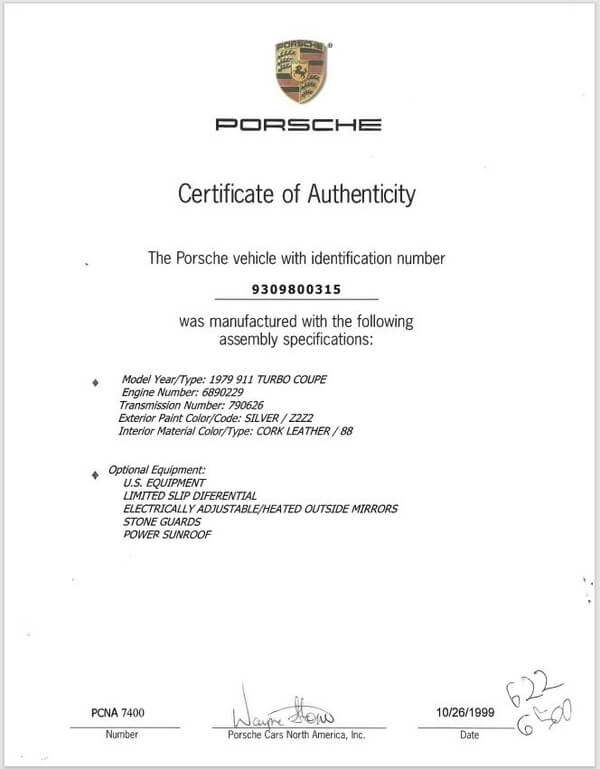 This sale will include extensive documentation, owner's manuals, a toolkit, a spare tire, and a Porsche Certificate of Authenticity.