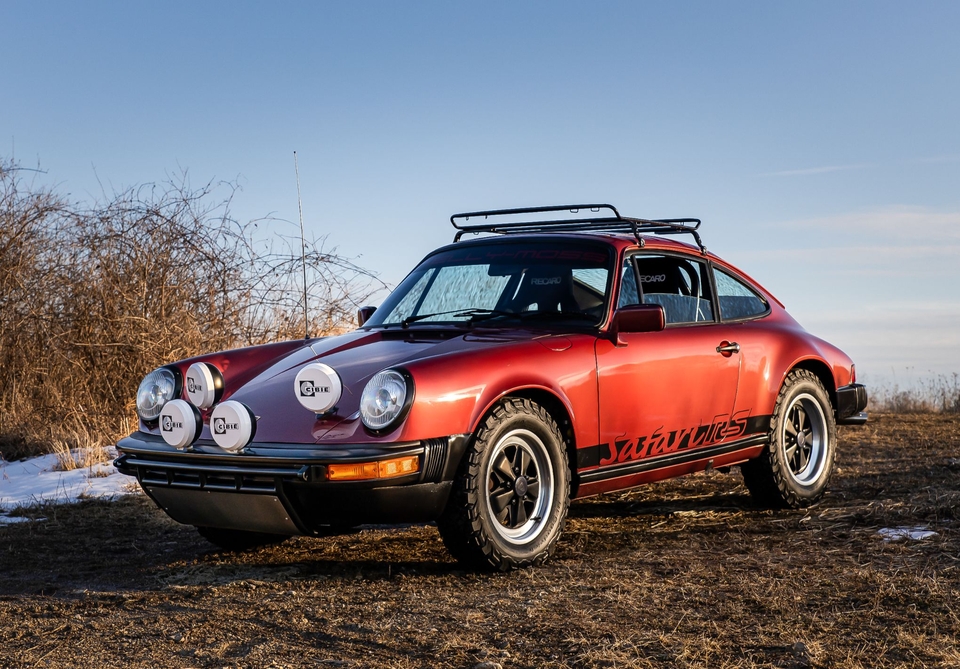 We are pleased to introduce “Rubin”, a beautifully executed 1981 Porsche 911 SC safari car built in 2019 by legendary Kelly-Moss Road and Race.  Having been built with extensive off-road performance modifications as well as a full engine-out rebuild, this uncompromising safari 911 is ready to overcome most any obstacle thrown its way.  Paying tribute to Porsche’s illustrious rally racing history, this build makes the ultimate off-roader for any air-cooled enthusiast. 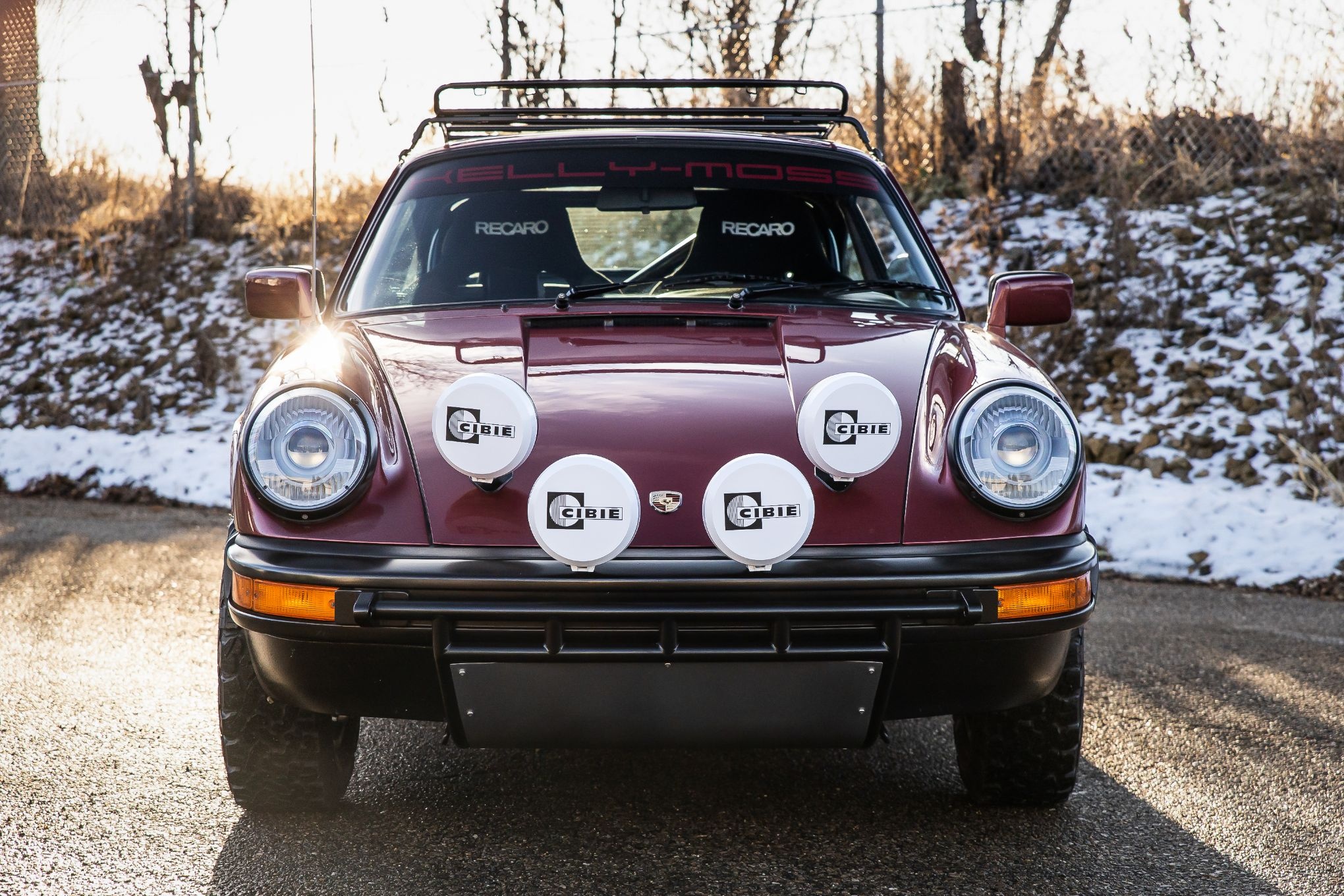 This safari car is finished in a largely original coat of Wine Red Metallic.  Detailed exterior images are provided in the photo gallery.  The valance and bumpers have been refinished in satin black with extended clearances for large off-road tires and suspension travel.  Added bumper reinforcements and skid plates protect vital mechanical components while integrated rally lights and vintage-style halogen LED headlamps illuminate the path ahead.  This 911’s original wheels have been wrapped in monstrous BFG tires providing ample traction on untamed roads.  Finishing off this builds unique look is a pair of removable "Safari RS" decals on both rockers. 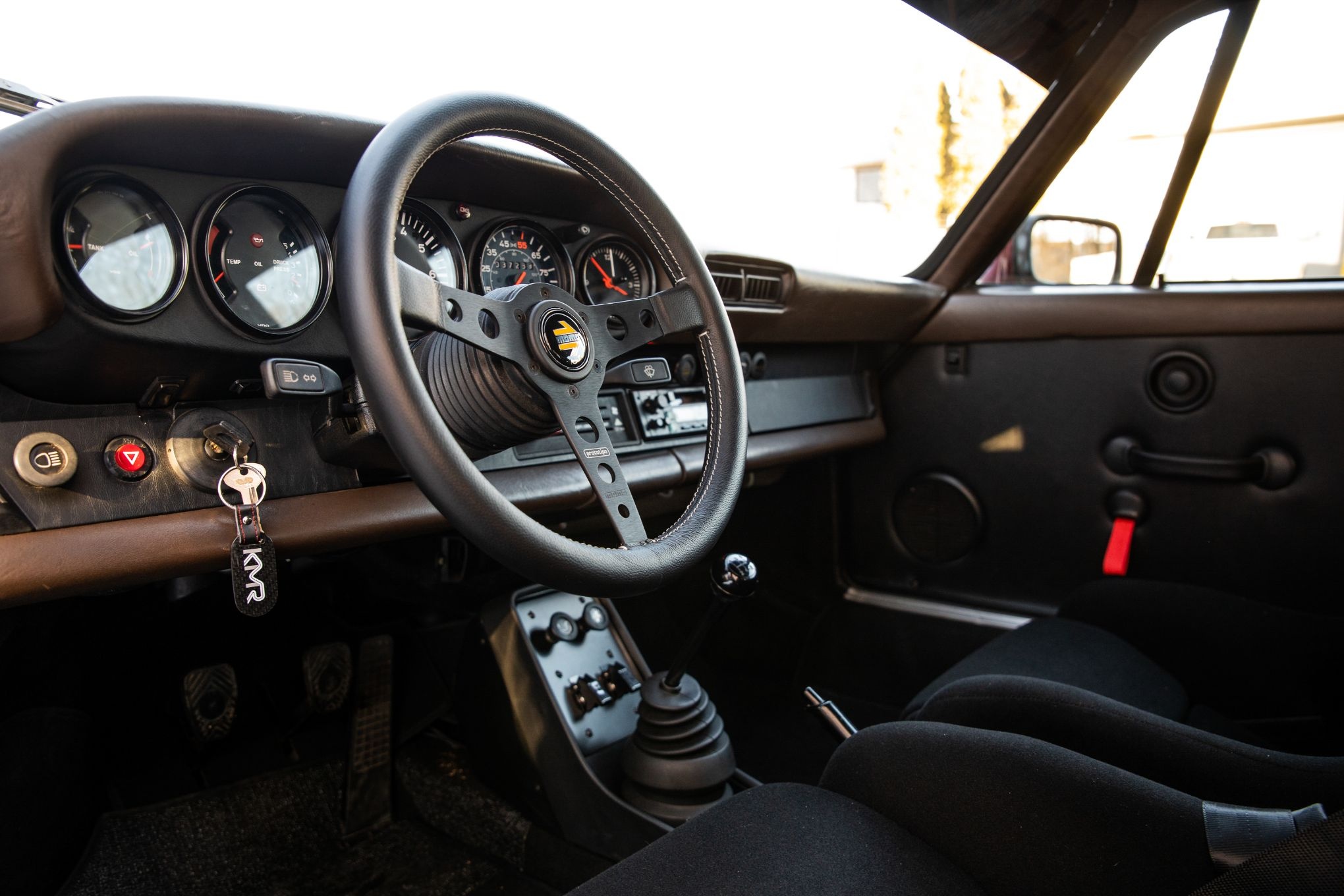 This 911’s black and brown interior has been fitted with custom modifications including black RS carpeting, RS door panels, a MOMO sport steering wheel and Sabelt racing seats.  Safety equipment includes an RS-style harness bar with Schroth harnesses.  The seller has noted the interior to be in excellent condition with all gauges, electrical components and accessories fully functional. 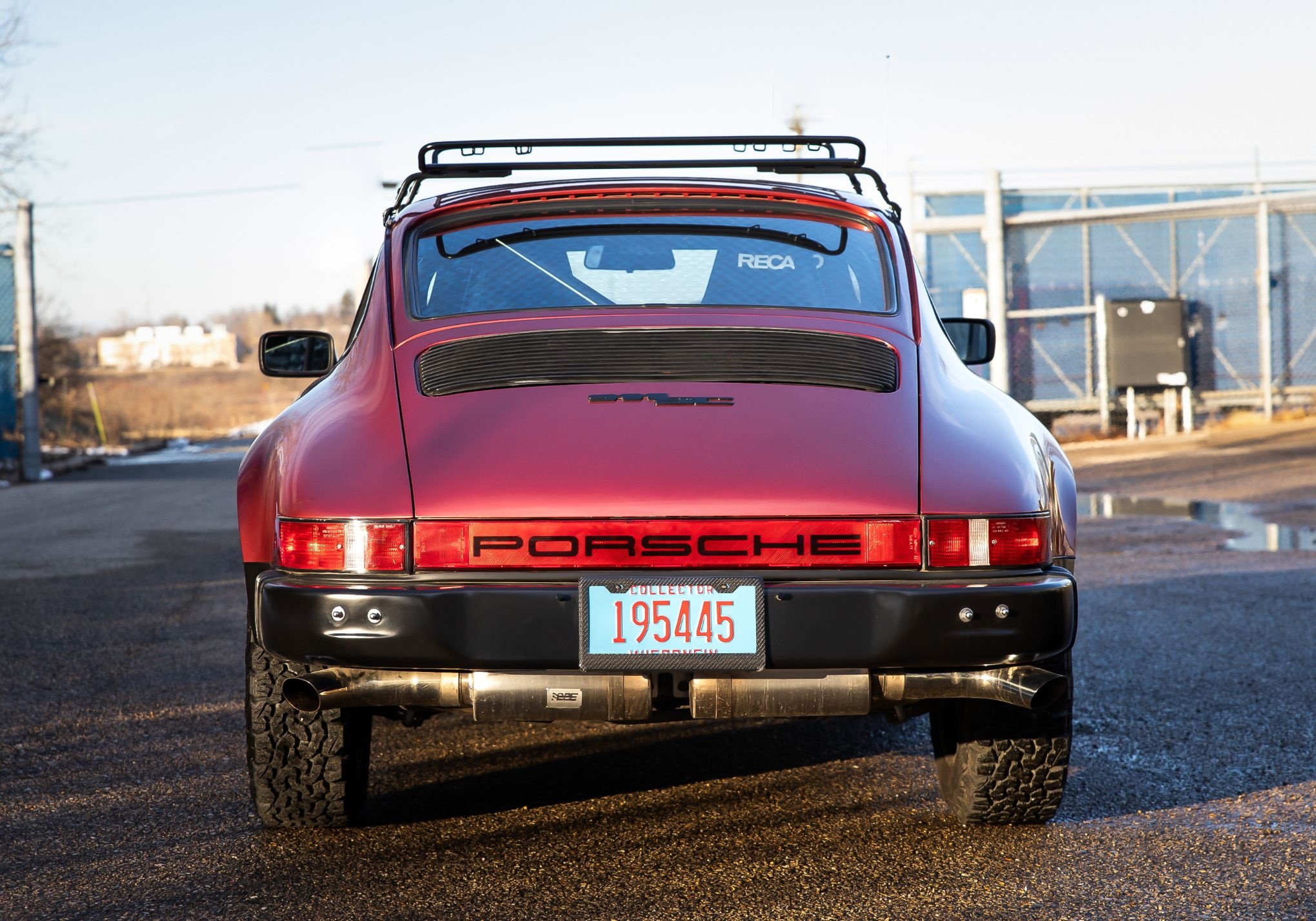 This 911 carries its original 3.0L air-cooled flat-six engine rated at 180 HP stock.  Power is sent to the rear wheels by way of a 915 5-speed manual transmission.  Increasing power and performance are both new BBE exhaust headers and a BBE dual outlet muffler.  A complete engine out service and reseal was performed during the build which included the following items: 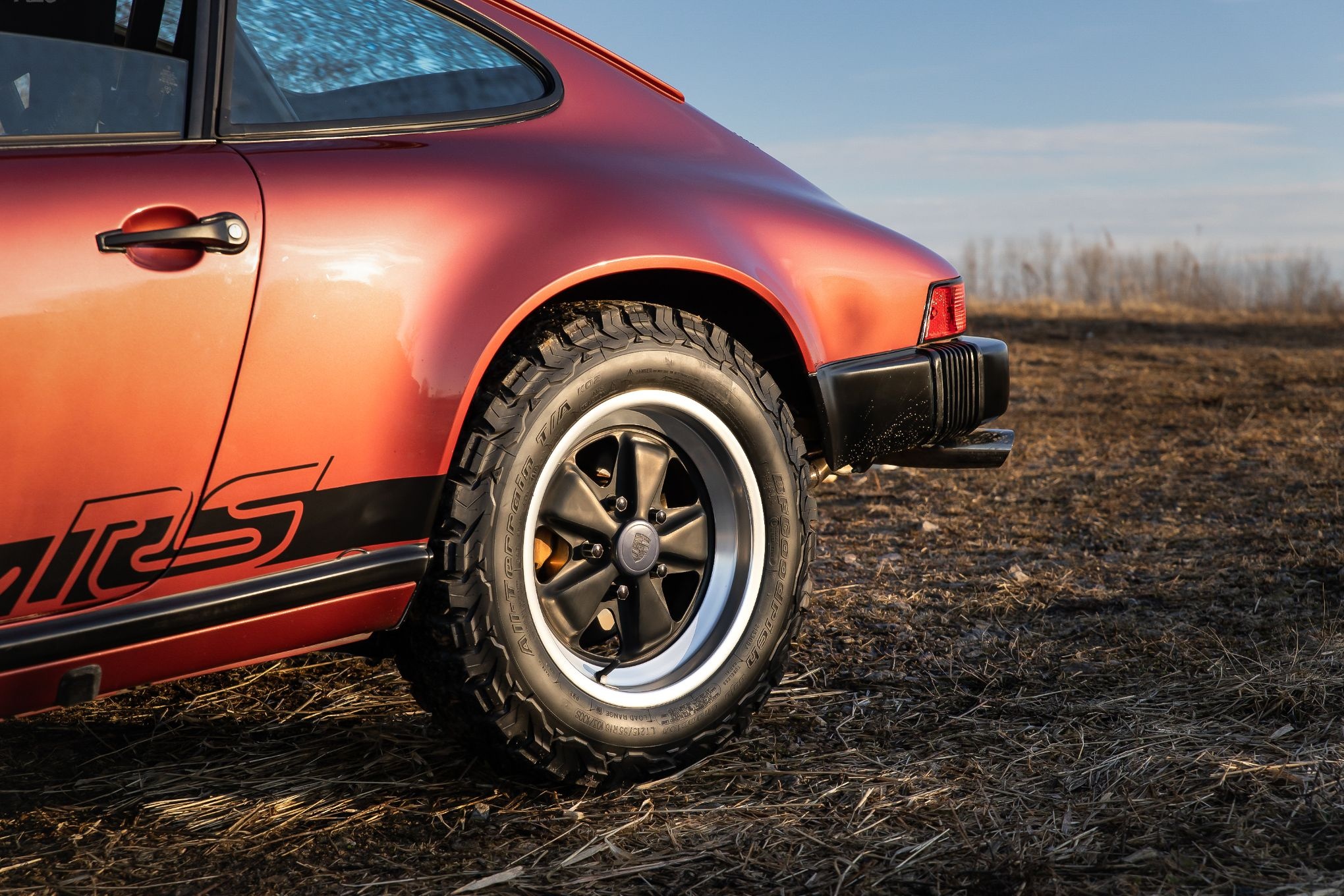 For the suspension, Kelly-Moss strengthened the front lower control arms, replaced all the bushings and installed oversized ball joints.  Wheel clearances were then increased and EXE-TC rally shocks were installed with custom spring rates.  The result of these modifications is an unrelenting safari car capable of traversing the most difficult terrain. 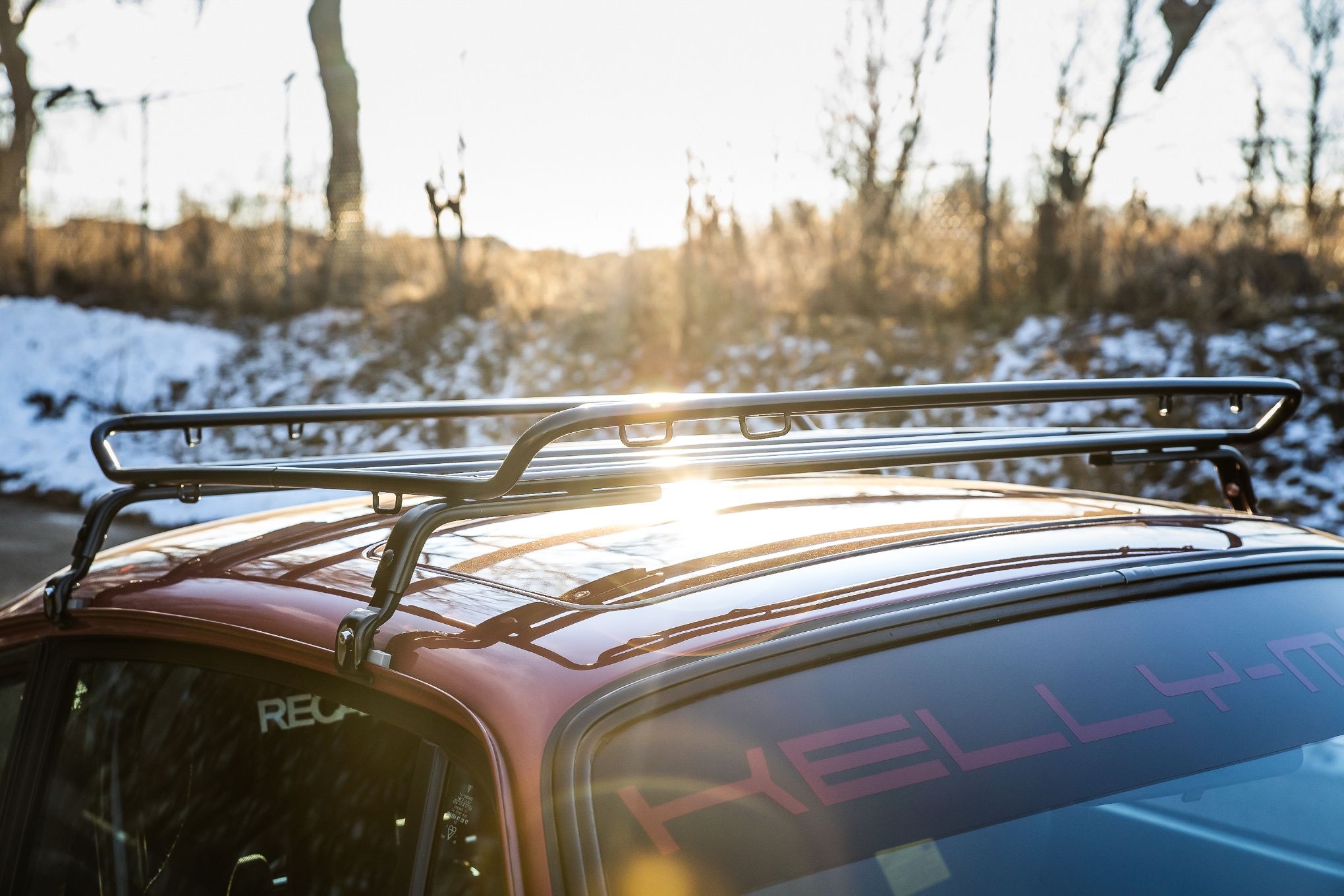 Founded in 1988, Kelly-Moss motorsports has made a name for itself stacking up countless victories over the years.  Additionally, Kelly-Moss has become known the world over for building some the most exciting and capable custom Porsches on the road and “Rubin” is no exception.

The sale of this custom built 1981 911 will include two sets of keys, invoices from the selling dealer and records from the 2019 Kelly-Moss build.  If you have always wanted to take your air-cooled passion off the beaten path, this one-of-a kind 911 safari car just might be the one for you.