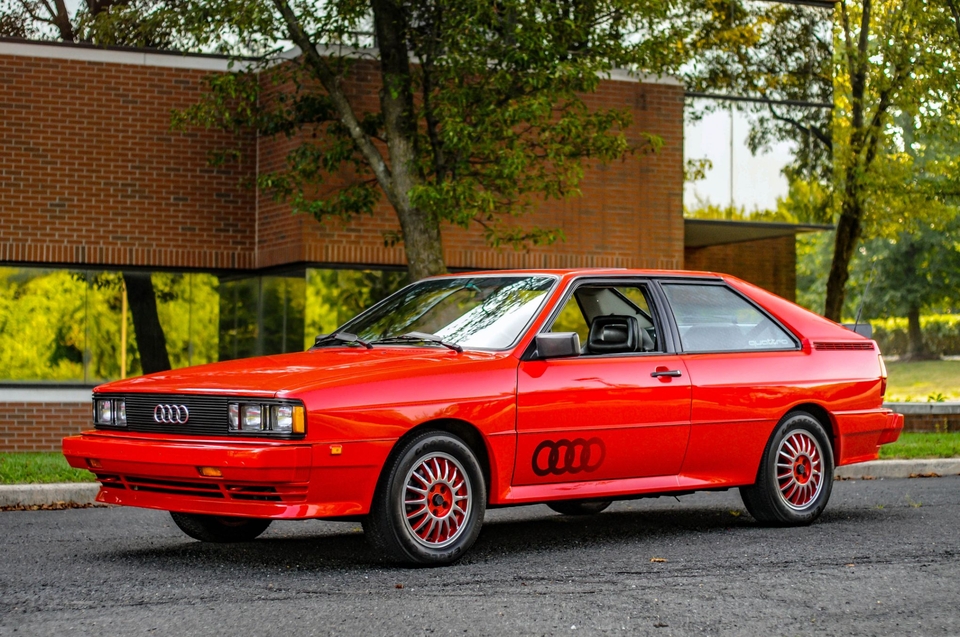 Now being offered for auction by a top-seller exclusively to the PCARMARKET community is this special 1982 Audi Ur-Quattro press car finished in signature Mars Red over a Chocolate leather interior.  Following the success of the Quattro model in the European market and World Rally Championship, Audi finally decided to introduce the Quattro to the United States as a high-end limited production sports car.  Built in December of 1981 as a true U.S.-spec vehicle, this very early production example was first delivered to the United States for review and testing by automotive media including Road and Track, Car and Driver, Motor Trend and Autoweek.  This Audi would later go on to become the personal car of legendary U.S. World Rally Champion John Buffum, before being sold into a private collection.  Representing 1 of 4 early-import launch cars and only 664 U.S.-market examples built in total, this Quattro is a rare piece of automotive history with a mere 24,521 miles showing on the odometer. 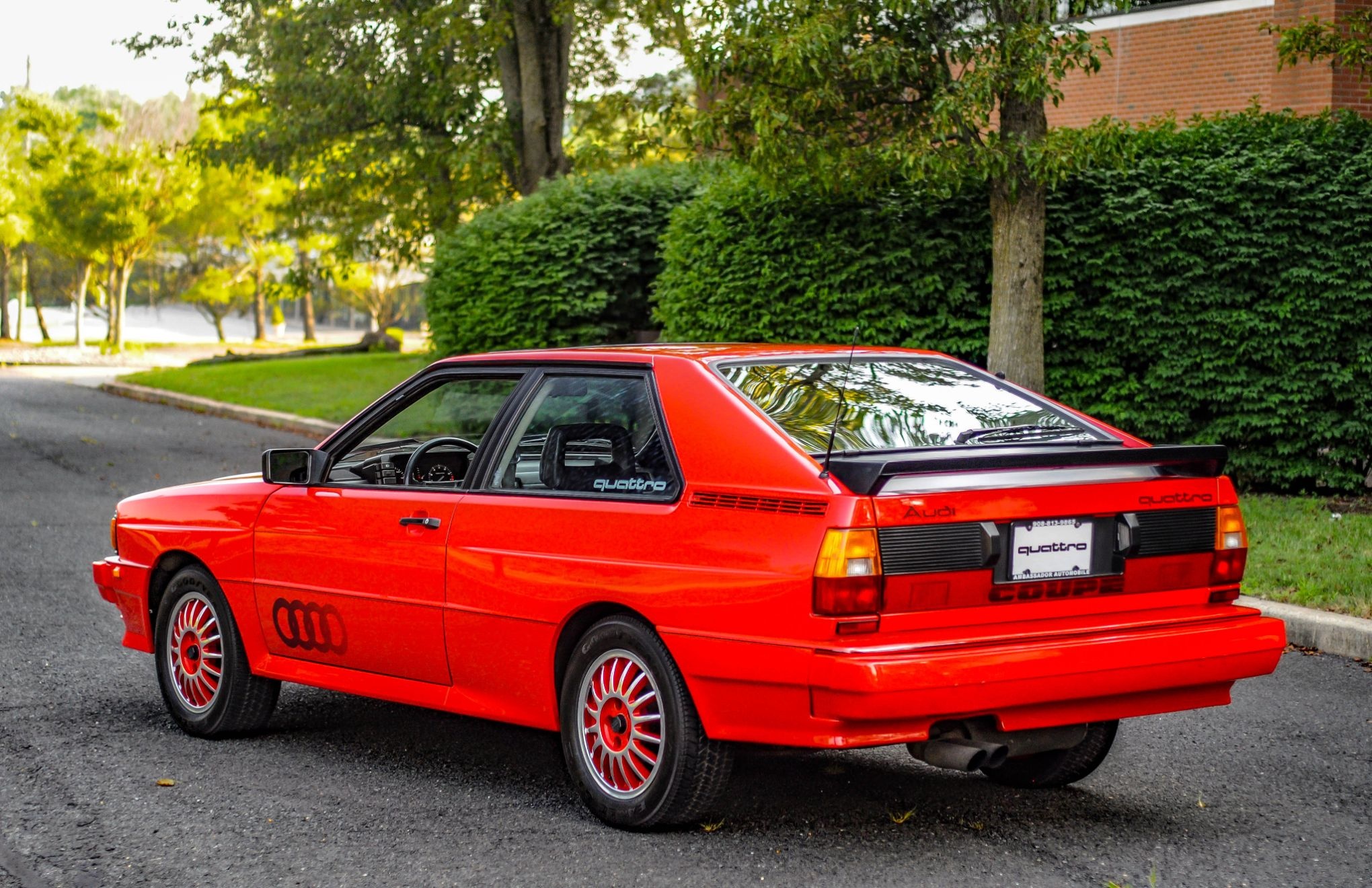 This Quattro is said to have been professionally refinished in its factory original single-stage paint color Mars Red some years ago under previous ownership.  The finish is noted to be in excellent condition and the seller indicates that new rubber seals have been installed, detailed images are provided in the photo gallery.  Goodyear Eagle GT tires have been mounted to the refinished factory 15” x 6 ½” Ronal wheels which feature Mars Red inserts. 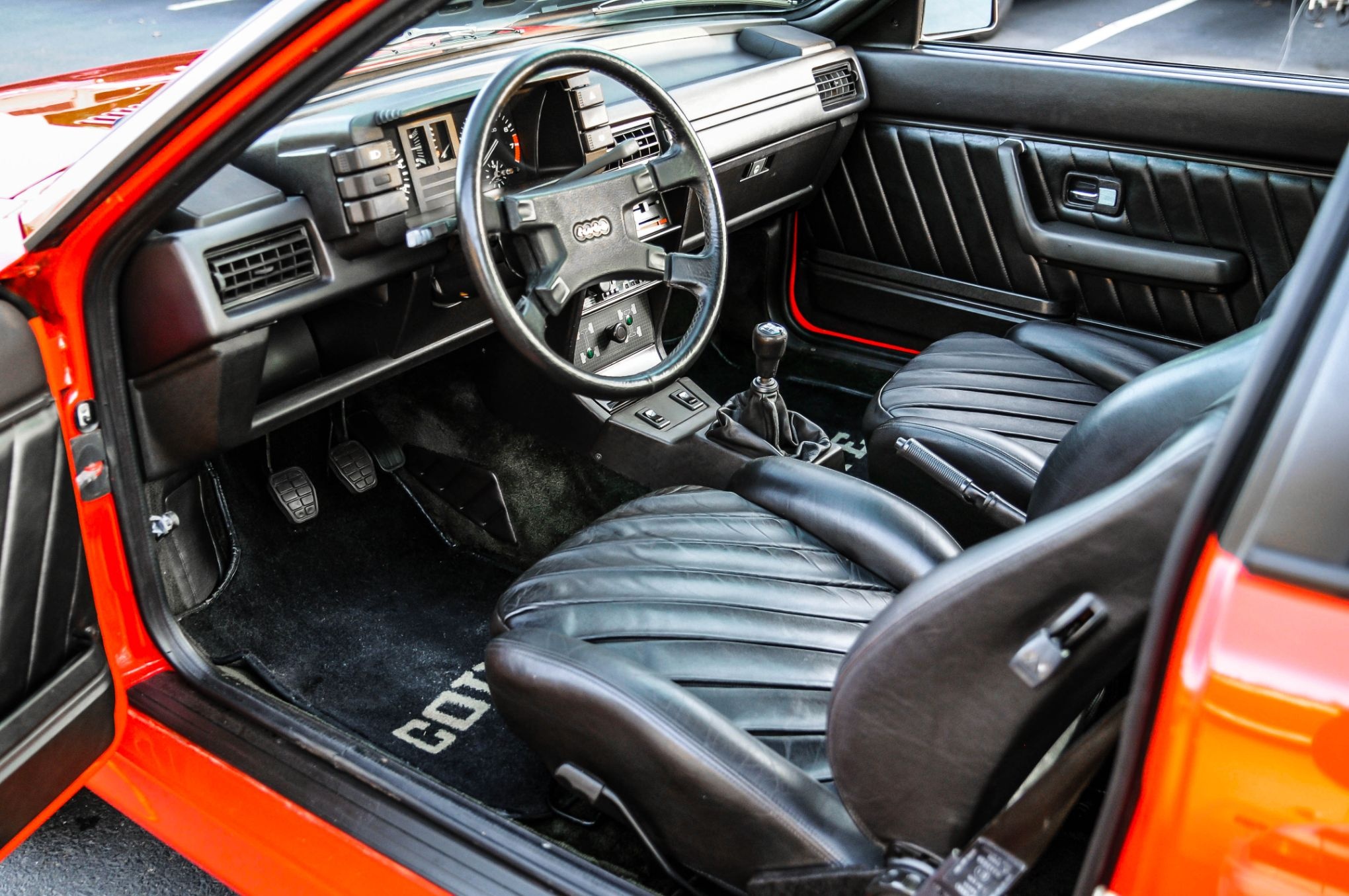 Inside, this Quattro is appointed with a Chocolate diagonal-stitched leather interior.  All gauges and accessories are reported to be fully functional, and the cabin said to be in excellent original condition. 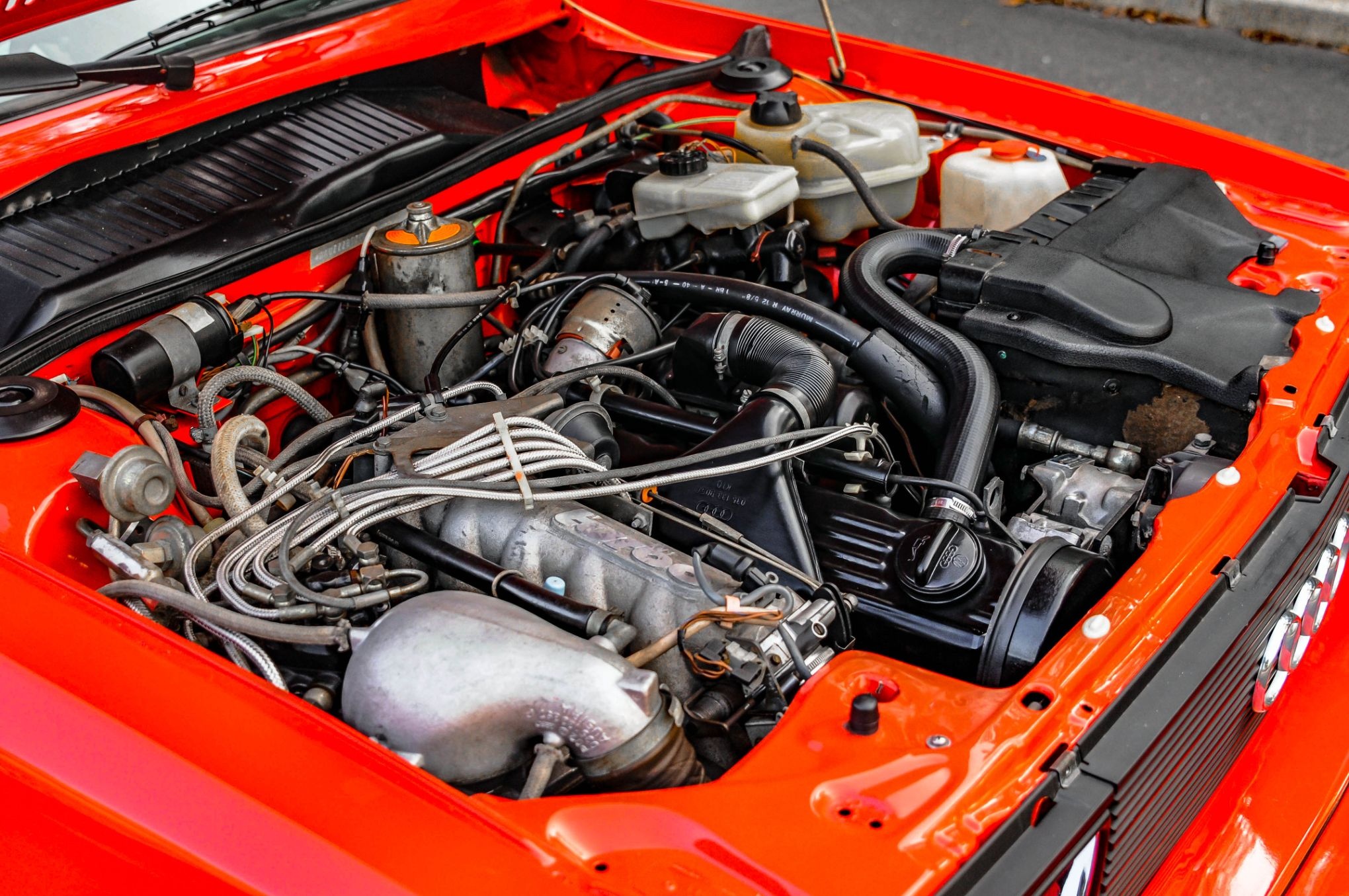 Equipped with the same technology used to dominate the rally racing scene, this Audi features a 2.1 L 5-cylinder turbocharged engine which is rated at 162 HP.  A sophisticated “Quattro” all-wheel drive system distributes power to all four wheels by way of a number’s matching 5-speed manual transmission.  All fluids have recently been flushed and replaced including the brake fluid, coolant, hydraulic fluid, transmission fluid and differential fluid.  The filters were also changed along with the motor oil and this Quattro is reported to be in excellent running order. 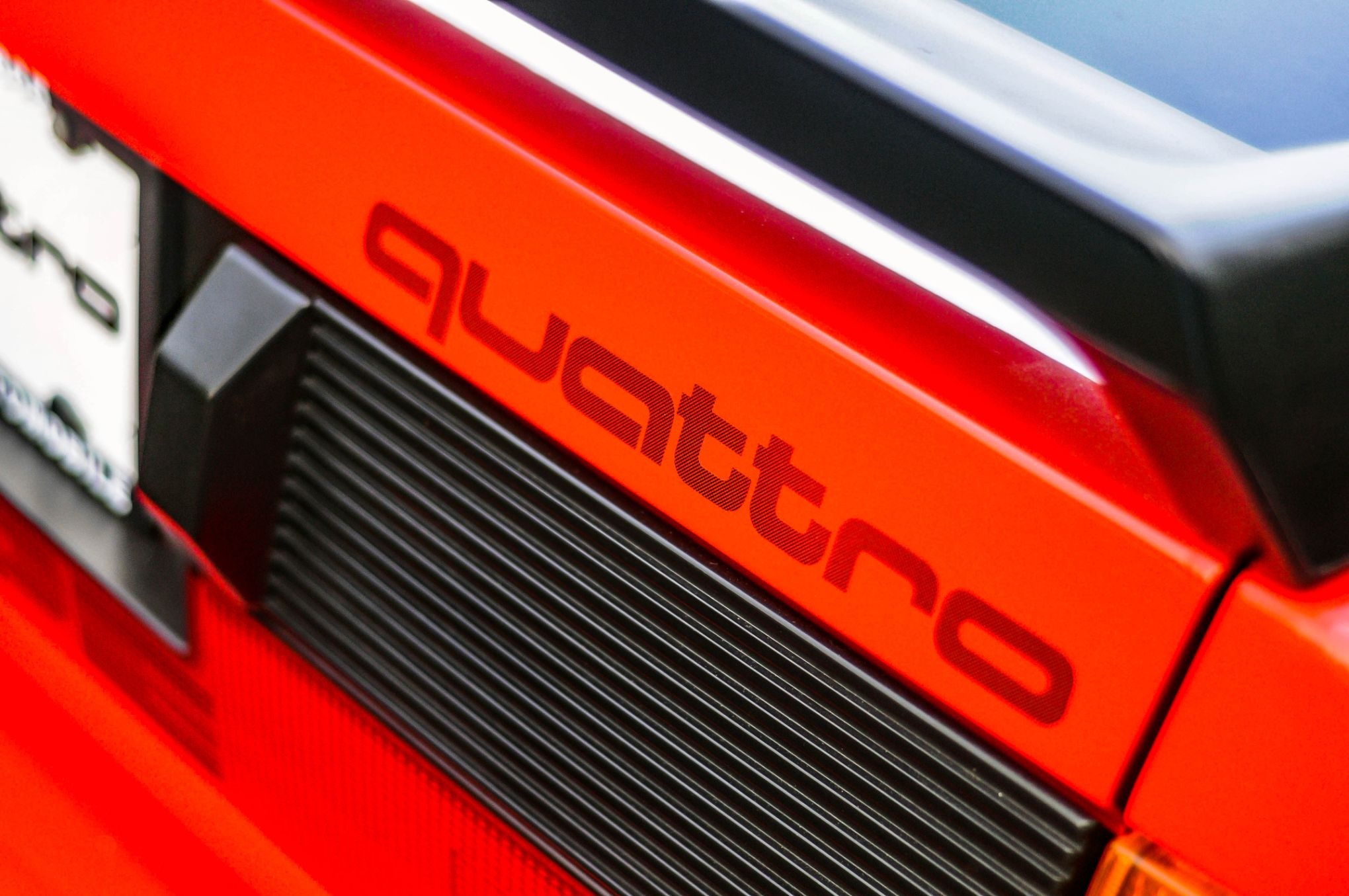 After being imported as a true U.S. production car with a VIN number, this Quattro was turned over to automotive journalists to be driven, tested and written about.  Shortly after its use as a press launch car, this Audi became Goodyear tires sole advertising vehicle.  The car would then become the personal vehicle of US World Rally Champion John Buffum.  Later in 1988, Mr. Buffum decided to sell this very special car to prominent Ur-Quattro collector and Shokan Coachworks owner, John Smith, who meticulously cared for it over many years while keeping it mostly hidden away in a private warehouse. 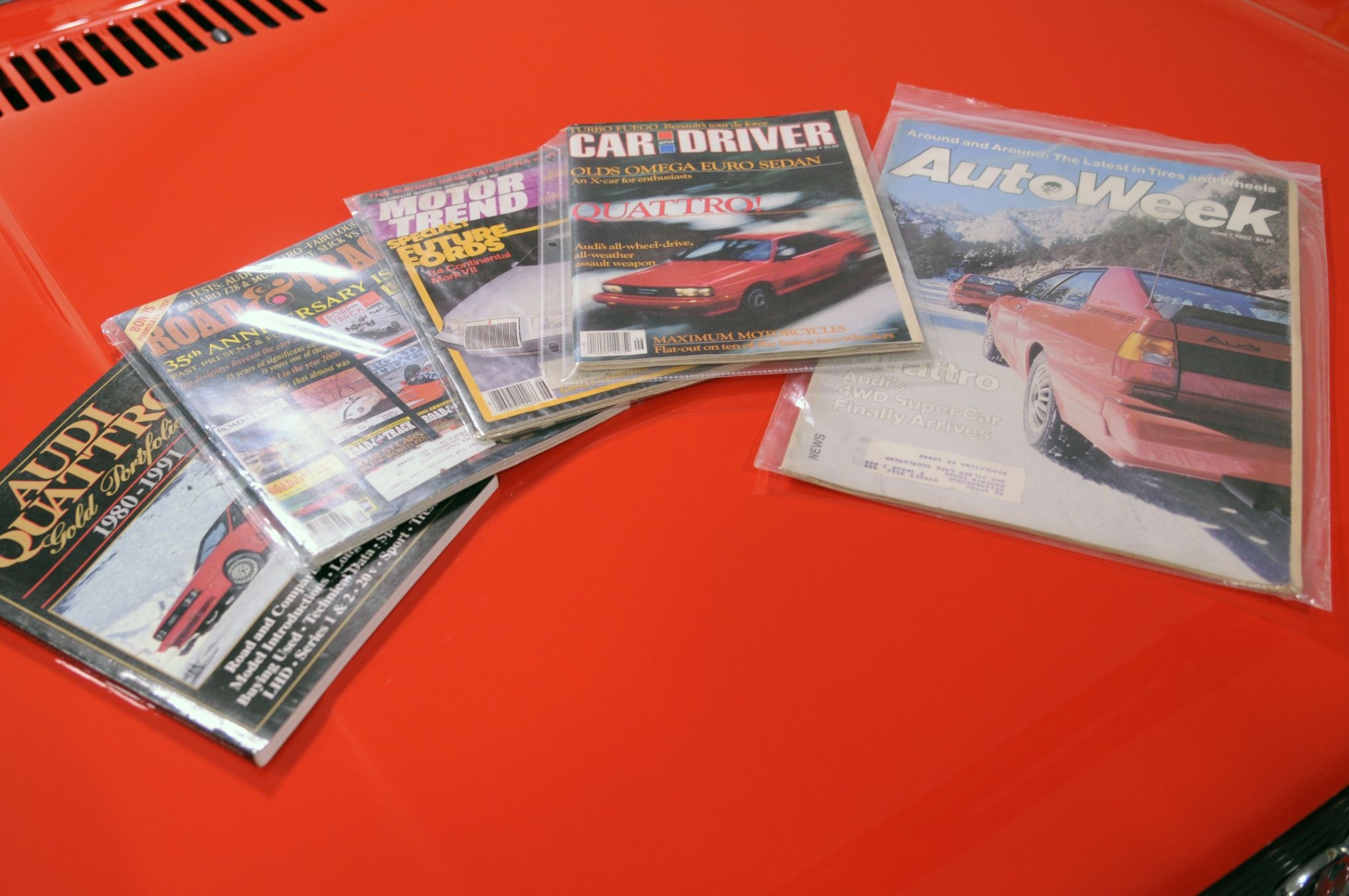 This special auction will also include copies of the featured Road and Track, Car and Driver, Motor Trend and Autoweek magazines, an autographed copy by John Buffum of his biography “In Like a Lamb Out Like a Lion”, copies of the original title with John Buffum’s name, a letter authenticating the car from John Smith of Shokan Coachworks and a press release on John’s Buffum’s US World Rally Championship and Photo.  The sale will also include one key, a spare tire and toolkit.  The sale of this car from a private collection will be facilitated by a licensed New Jersey Dealership.  This early production Audi Quattro launch car makes the perfect addition to any world class car collection, do not miss out on this amazing opportunity.