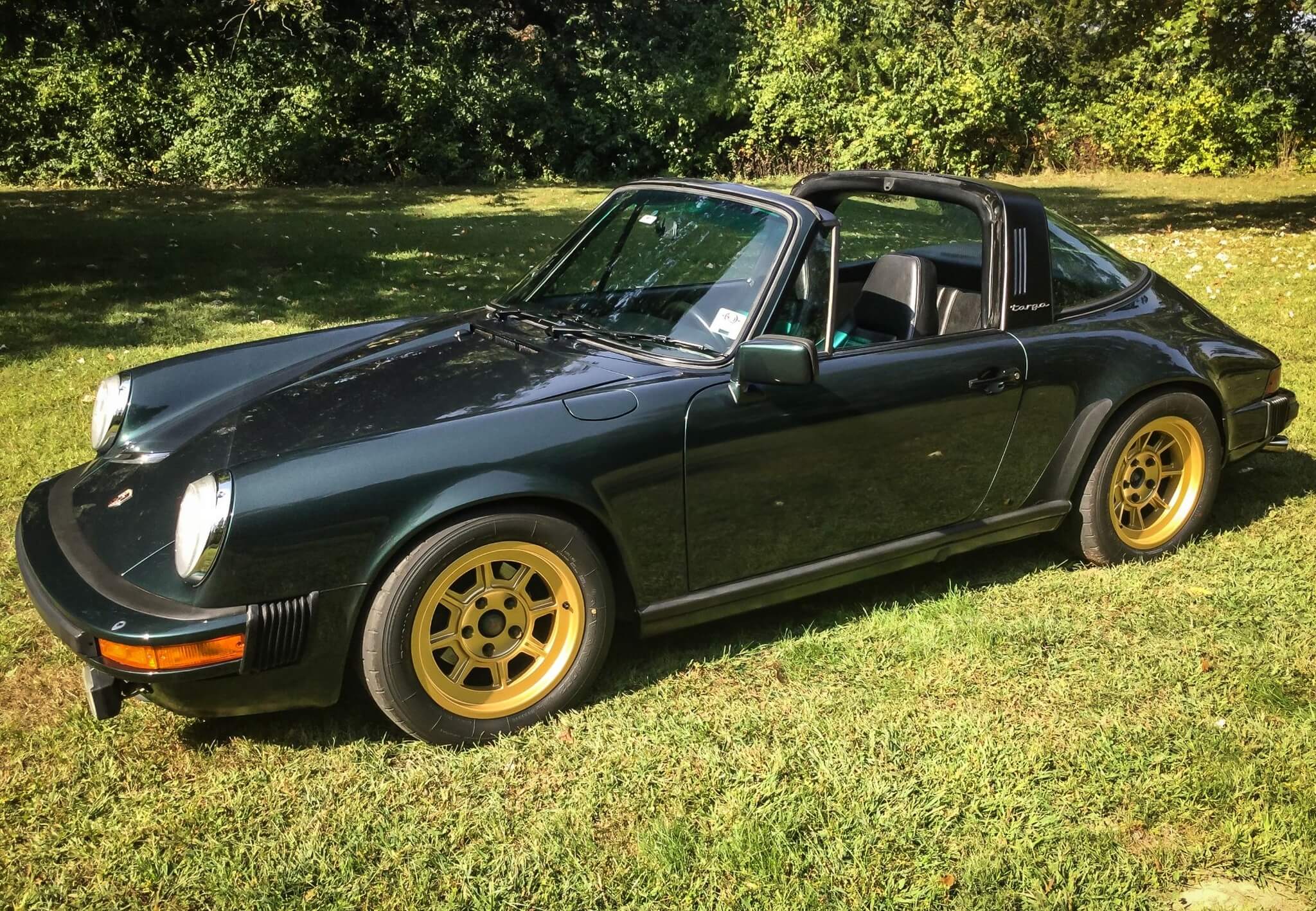 Now up for auction is this restored 1982 Porsche 911 SC Targa finished in Moss Green Metallic over a black leather interior with sport seats.  Purchased by its seller in Kansas approximately 5 years ago, this 1982 example was treated a full glass-out restoration in its factory original color before receiving a full engine rebuild at 39k miles.  Featuring a rebuilt 5-speed manual gearbox with Wavetrac limited slip differential, Gold Campagnola wheels and a rear coilover suspension, this tastefully restored SC Targa is now being offered with a branded title, accompanied by a Porsche Certificate of Authenticity and receipts totaling over $100k. 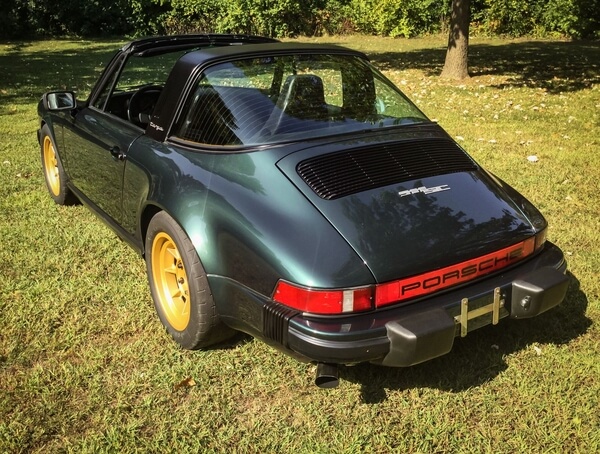 In April of 2017, this SC underwent a professional glass-out respray in its factory specified color of Moss Green Metallic.  The paint is noted to be in great condition with clear protective film applied over half the front hood, fenders and entire front bumper (detailed images are provided in the photo gallery).  After sustaining some damage in a single-car collision shortly after it was originally purchased in California, the original owner brought the car back to the dealer where it was “totaled” and issued a branded title.  This SC retains its factory look with its iconic black Targa bar, wraparound glass rear window and front fog lights.  Aftermarket Gold Campagnola Group 4 wheels have been installed which come dressed in new Yokohama tires from 2020.  An extra set of cookie cutter wheels with winter tires will also be included. 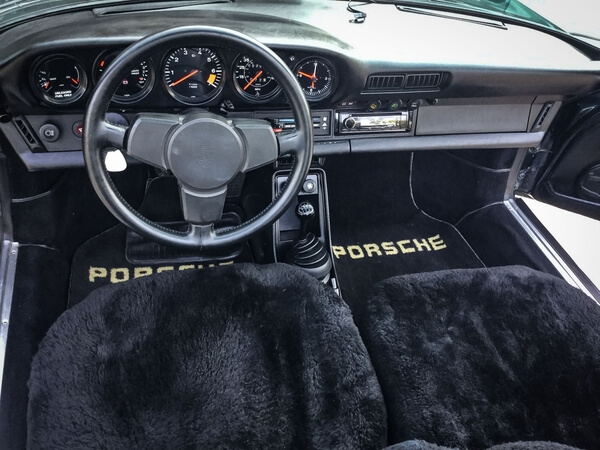 Inside, this 911 features a black leather interior with sport seats.  The cabin is noted to be in mostly original condition with the only modifications reported as being an aftermarket XM stereo, a hardwired connection for a Valentine 1 radar detector and an upgraded Griffith's air conditioning system.  All gauges and electrical components are said to be fully functional with the speedometer recently restored by North Hollywood Speedometer at 50,433 miles. 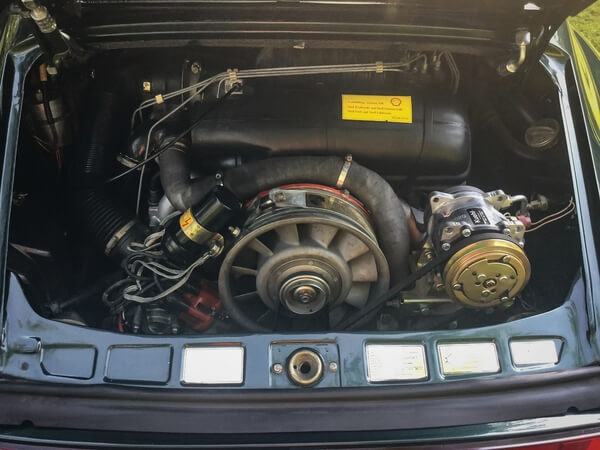 This SC is equipped with an air-cooled 3.0 L flat-six engine.  180 HP is delivered to the rear wheels through a 915 5-speed manual transmission which was rebuilt with new synchros and a Wavetrac limited slip differential.  In October of 2017 at 39k miles, the motor is said to have been completely rebuilt by Bob Hindson Racing with Turbo lower valve covers and a Carrera chain tensioner upgrade.  A rear coilover suspension has been installed and the car is said to be up to date on all maintenance with a recent oil and filter change. 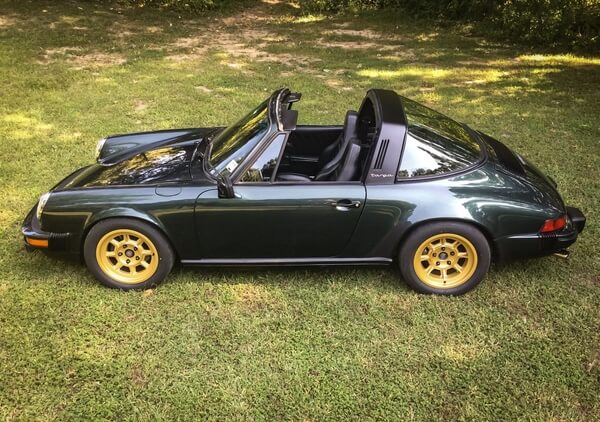 This sale will be accompanied by a set of 2 keys, owner’s books, a toolkit, service records, a spare tire, seat covers, winter wheels, air compressor, car cover and Porsche Certificate of Authenticity. This well-presented SC Targa makes the perfect choice for any passionate air cooled enthusiast, do not miss out.