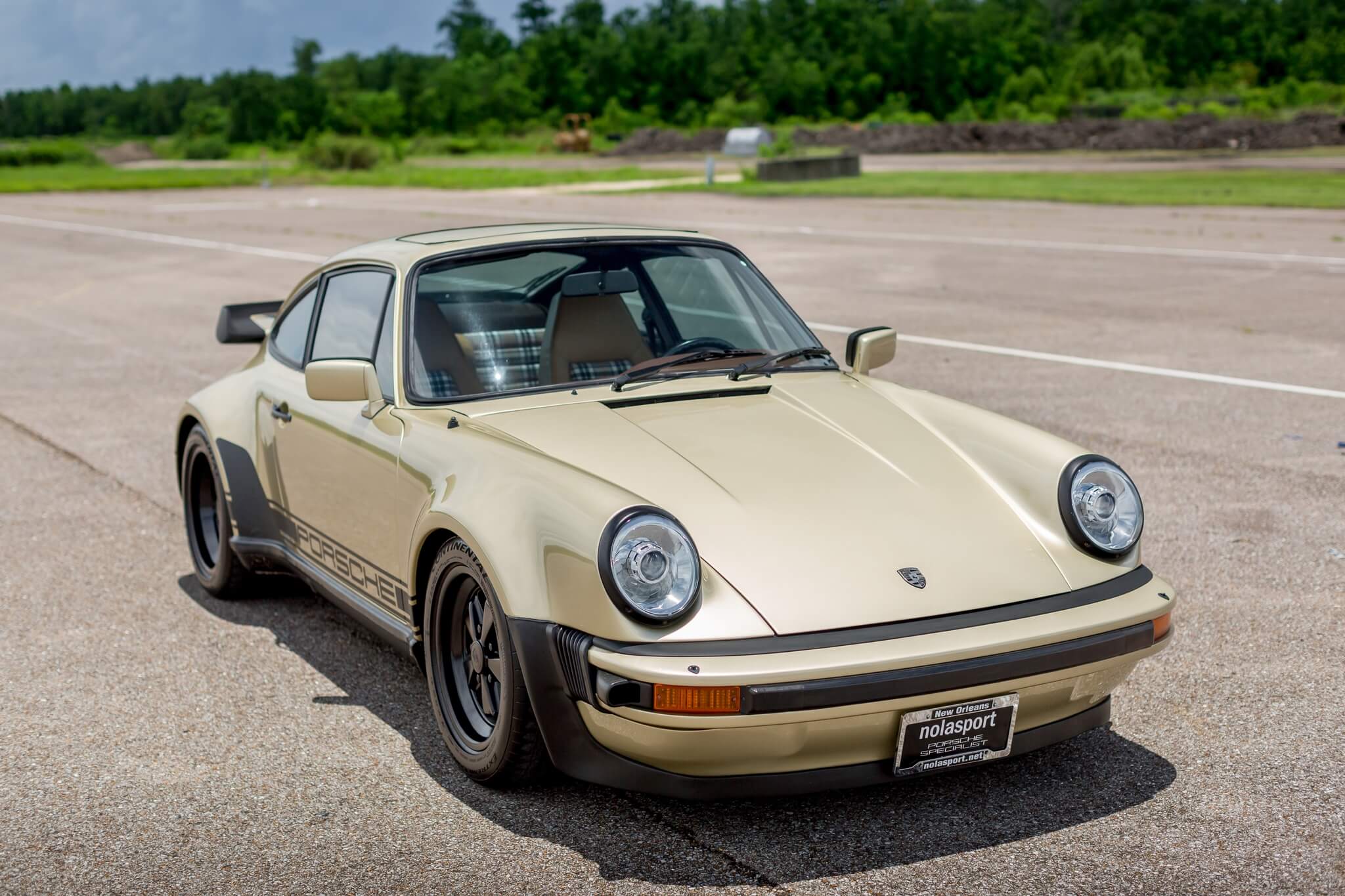 Up for auction is this 1982 Porsche 930 Turbo finished in Paint to Sample Gold Metallic.  One of only 89 Turbos delivered to Canada for the model year, this rare 1982 930 was factory optioned with leather Sport Seats, a sunroof, and limited-slip differential.  It was sold new in Winnipeg and remained in Canada up until being acquired by the seller in 2019.  The car was treated to extensive maintenance and upgrades from Keltech Performance in 2017 including the installation of a custom exhaust system, a larger intercooler, K27 turbocharger, CIS fuel system, CDI box, and more.  It has recently undergone a full service in preparation for sale and is now being offered for auction by its seller out of Louisiana while showing approximately 183k kilometers (114k miles) on the odometer. 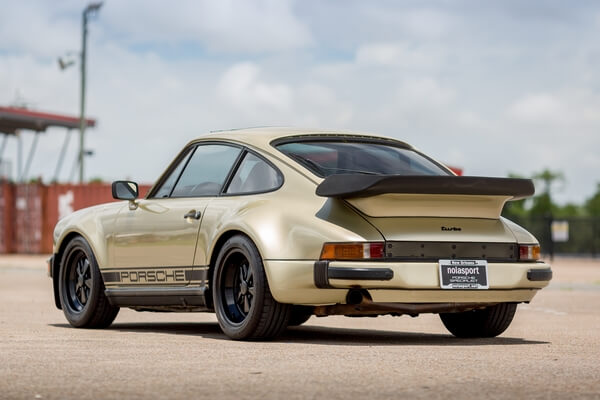 This 930 was ordered from the facotry in the rare Paint to Sample color of Gold Metallic.  The car was treated to an extensive glass-out respray in its original color during 2016 by Cosmos Collision Ltd at a cost of over $17k CAD.  Later in 2017, Keltech Performance deleted the front fog lights and modified the front and rear valences for a smoother appearance.  A custom grille was also installed in place of the original rear reflector band and black Porsche side graphics were applied along with aftermarket modern-style headlamps with HID bulbs.  Detailed images are provided in the photo gallery.  The factory 16” Fuchs wheels have been refinished in black and dressed in Continental ExtremeContact Sport tires. 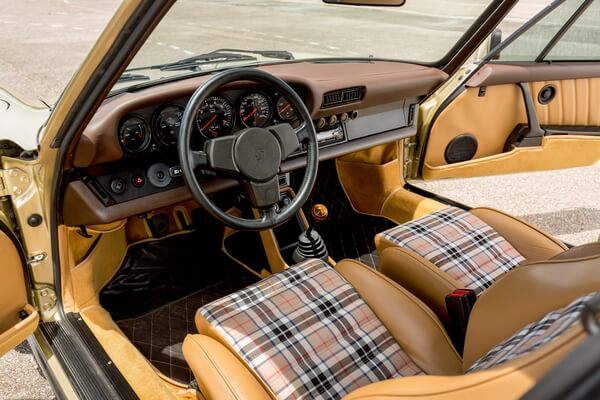 The Beige leather interior features desirable factory leather Sport Seats as well as a brown dashboard and upper door panels.  The cabin was reportedly refurbished under previous ownership including new leather upholstery, Dynamat insulation, custom wool carpeting, re-covered door panels, and custom tartan fabric seat inserts. A 917-style wooden shift knob has also been installed along with an updated Sony Bluetooth stereo and upgraded A/C components.  The seller notes that the A/C has been recently recharged in preparation for sale and that all gauges and accessories remain fully functional. 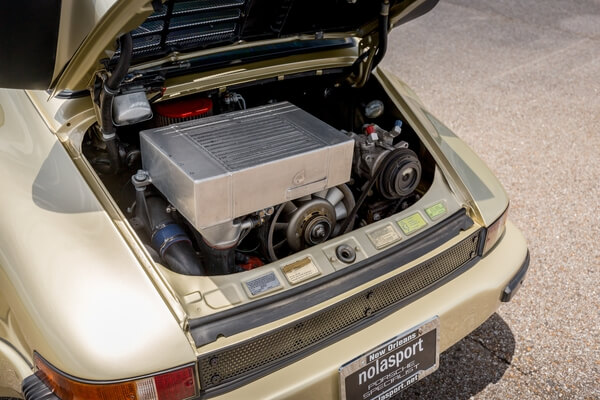 This 930 carries an RoW-spec 3.3L turbocharged flat-six engine that sends as much as 300 HP stock to the rear wheels through a 4-speed manual gearbox with a factory optioned limited-slip differential.  A 2017 invoice from Keltech Performance totals over $34k CAD and includes the removal of the secondary air injection system, valve and belt adjustments, a new rear main seal, ignition components, fabrication of a custom wastegate pipe and exhaust system, installation of an upgraded K27 turbocharger, a larger intercooler, upgraded CIS fuel system, CDI box, and an updated fuse panel.  The seller notes that a full oil service has been carried out and that a collection of invoices is available. 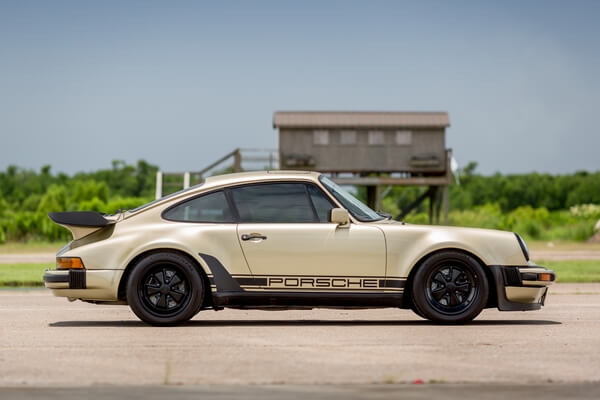 This sale will include a Porsche Certificate of Authenticity and a clean title.  With its rare factory specifications, extensive maintenance, and tasteful upgrades, this rare Canadian-market 1982 Turbo presents an opportunity that is not to be missed.