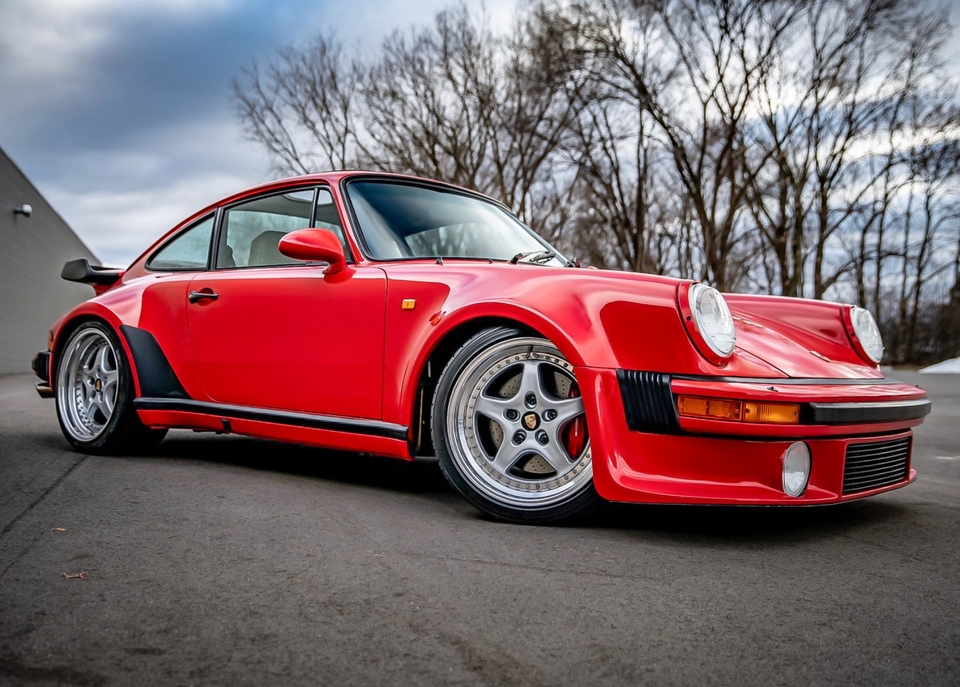 Up for auction is this incredible 1982 Porsche 930 Sunroof Coupe presented in Guards Red over a tan leather interior.  Originally built for sale in Germany, this Euro-spec 1982 example is said to have been privately imported and federalized in order to meet U.S. safety and emissions standards.  Representing one of just 938 units built for the model year, this tastefully upgraded Turbo is now being offered for auction in excellent condition by a seller in Grand Rapids, MI. 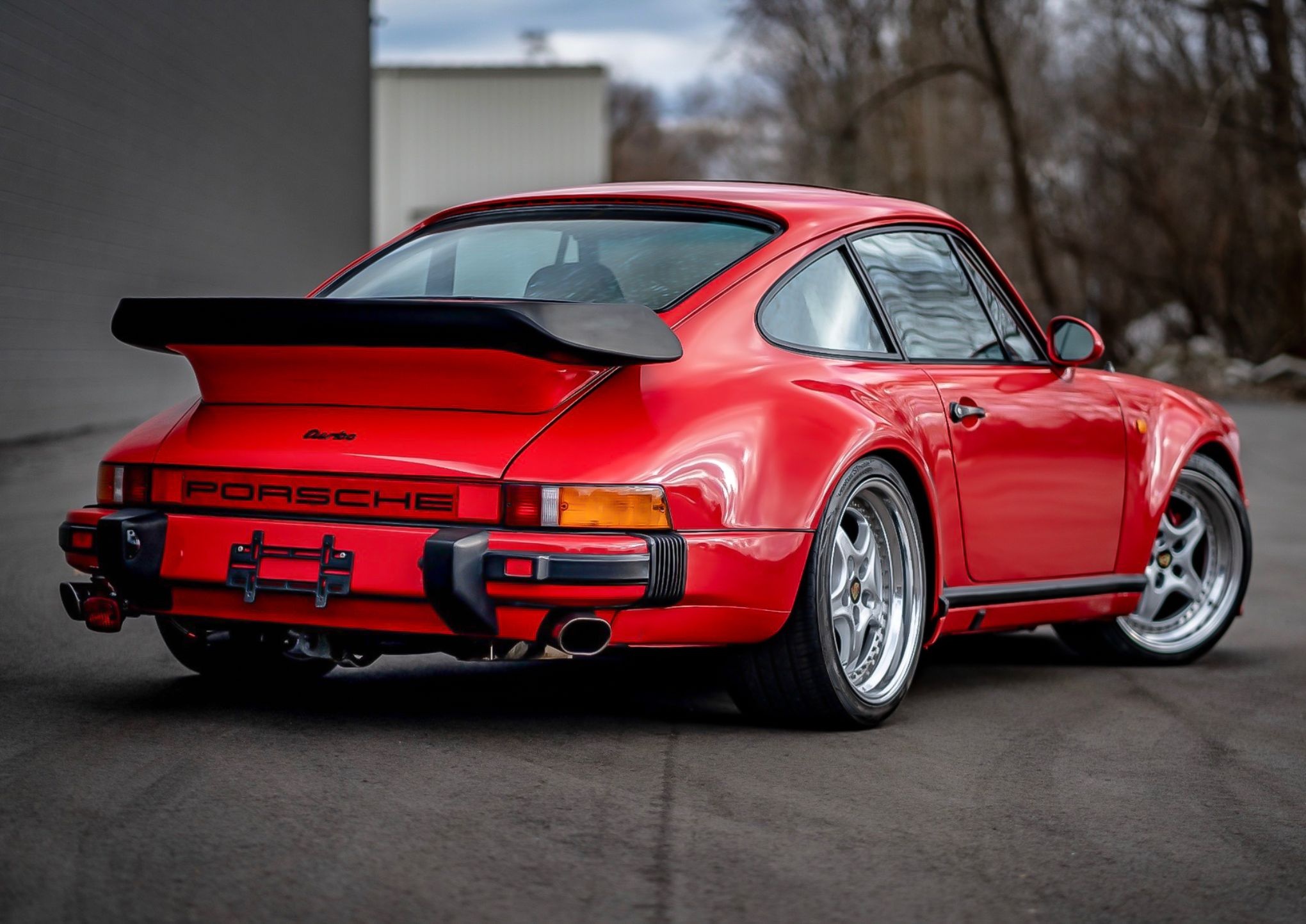 The brilliant Guards Red exterior finish is stated to be in excellent condition with detailed images provided in the photo gallery.  Some noteworthy visual modifications include 993 style aero mirrors and a custom front valance with large venting and driving lights reminiscent of the legendary 935 racecar.  This Turbo rides on a set of three-piece Speedline wheels which come wrapped in staggered-width Hankook tires. 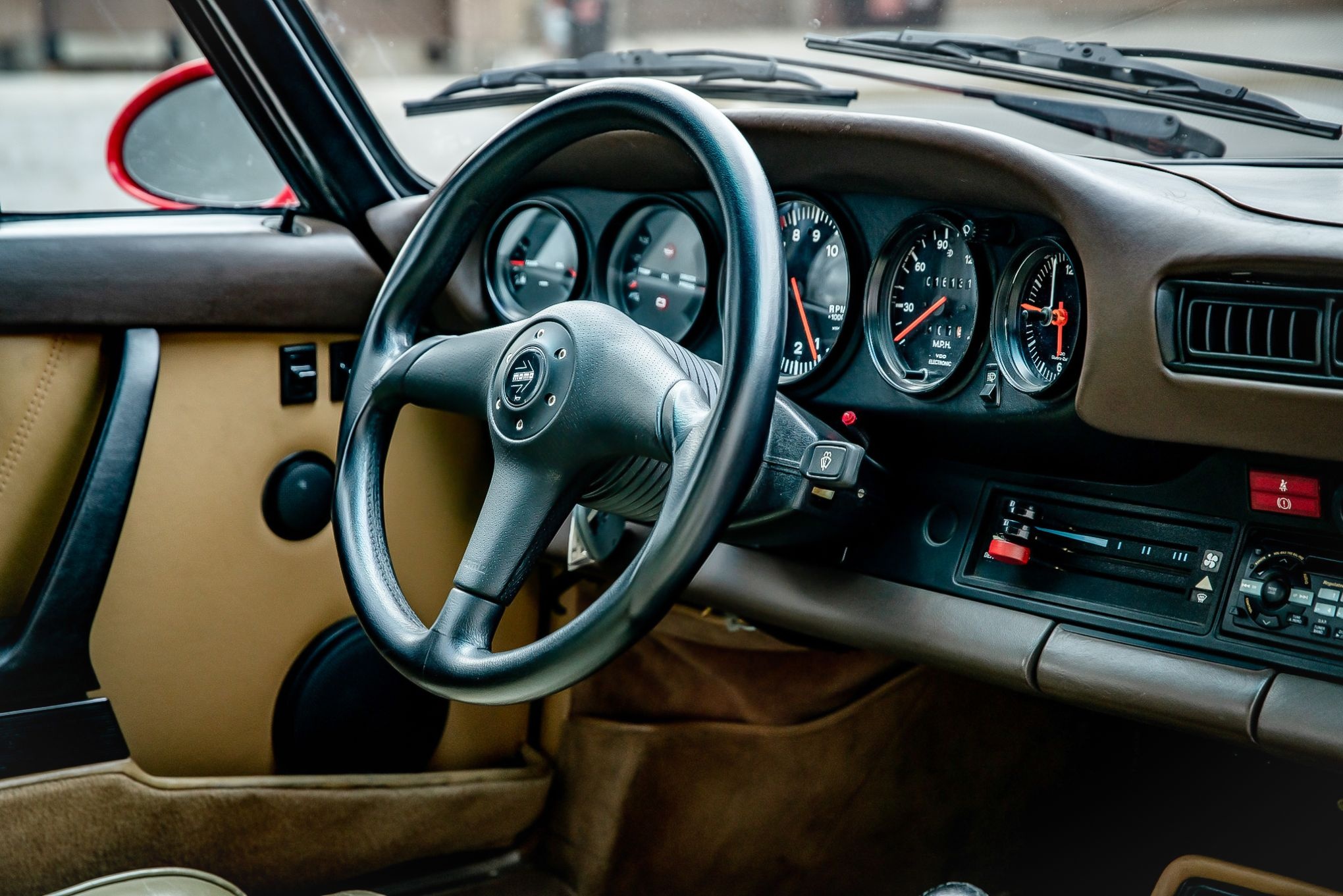 Inside, the tan leather interior remains in great condition for its age with all gauges, electrical components and accessories reported to be fully functional.  Factory options include Sports Seats and a power operated sunroof.  The seller notes that the front seats exhibit signs of wear and that the dark-brown dashboard shows some minor warping (common) near the defroster vents.  An aftermarket Alpine head unit has been installed along with a Momo steering wheel and shift knob, console mounted turbocharger temperature gauge and a GReddy boost controller. 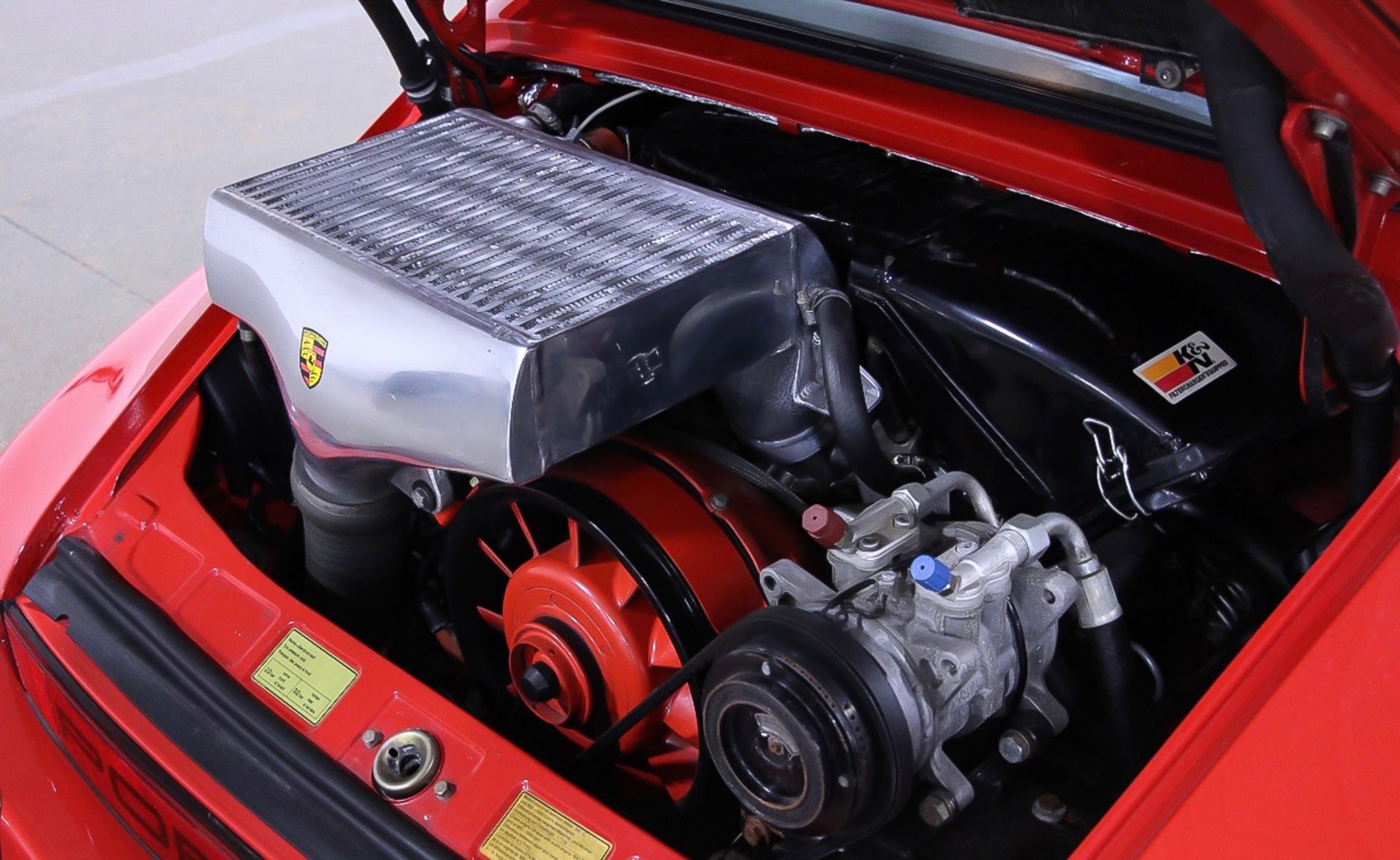 Power comes from an air-cooled 3.3L turbocharged flat-six engine rated at 296 HP and 304 lb.-ft of torque when stock.  The rear wheels are driven by way of a 4-speed manual gearbox making for an original 0-60 time of approximately 5 seconds while reaching a claimed top speed of 162 MPH.  This 930 has received performance upgrades including a re-worked B&B exhaust system and an enlarged intercooler which provide for even more power at the wheels.  Other notable features include red brake calipers, Bilstein yellow shocks and an aftermarket front strut brace. The seller indicates that the air conditioning system has been updated and has recently had an oil and filter service.  Offered in excellent running order with a clean Carfax report citing records dating back to 1993, this Turbo is ready to be enjoyed. 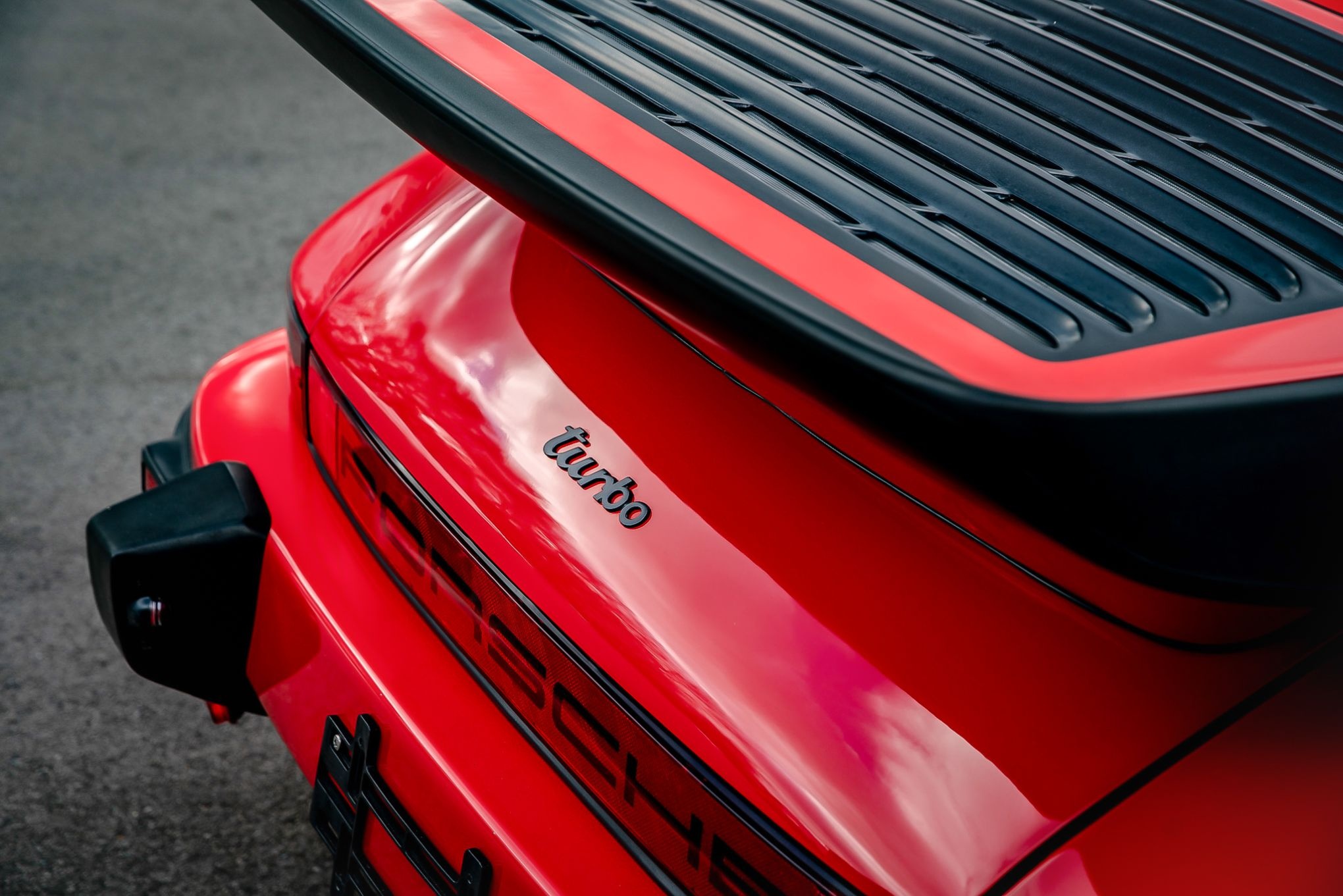 When Porsche reintroduced its Turbo model to the U.S. in 1986 under the designation “911 Turbo”, many die-hard enthusiasts began to regard these earlier European Turbos as the last true 930’s.

The sale of this 930 Turbo will include a master key with an Alpine remote locking system, paint meter readings, a jack, spare tire and inflator, accompanied by a clear title.  Do not miss this exceedingly rare opportunity to own one of the very few domestically-imported European Porsche 930’s.
viewed 1,690 times saved 7 times SHARE: