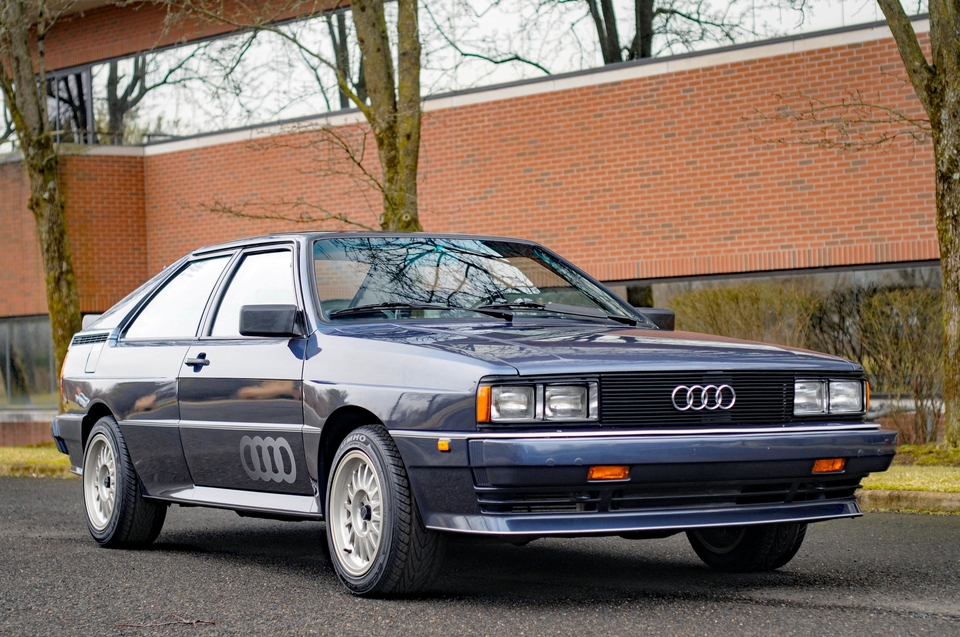 It is our pleasure to present this 1983 Audi Ur Quattro finished in Amazon Blue over Chocolate leather.  By 1982, the European Rally Phenomenon had spread worldwide, and the Americans were mesmerized by this raw style of racing.  Audi had started to dominate this scene and used it as a means to showcase their latest technology including the sophisticated Quattro all-wheel-drive system.  This technology was eventually adapted for the original road-going Quattro with a total of 664 cars produced for the U.S. market, of which only 238 Ur Quattro’s were imported for the 1983 model year.  This particular example was originally purchased on April 26, 1983, from Porsche Audi of Bay Ridge of Brooklyn, NY.  The car was enjoyed for the first 14k miles by the original owner before it was purchased by John Smith, owner of Shokan Coachworks, on December 14, 1988.  On the day of his purchase, it was placed in storage at his facility and carefully preserved over the next 32 years.  A true survivor with only 14,090 miles showing on the odometer, this highly original Audi Ur Quattro is now being offered for auction by its seller, a close friend of the longtime owner, out of New Jersey. 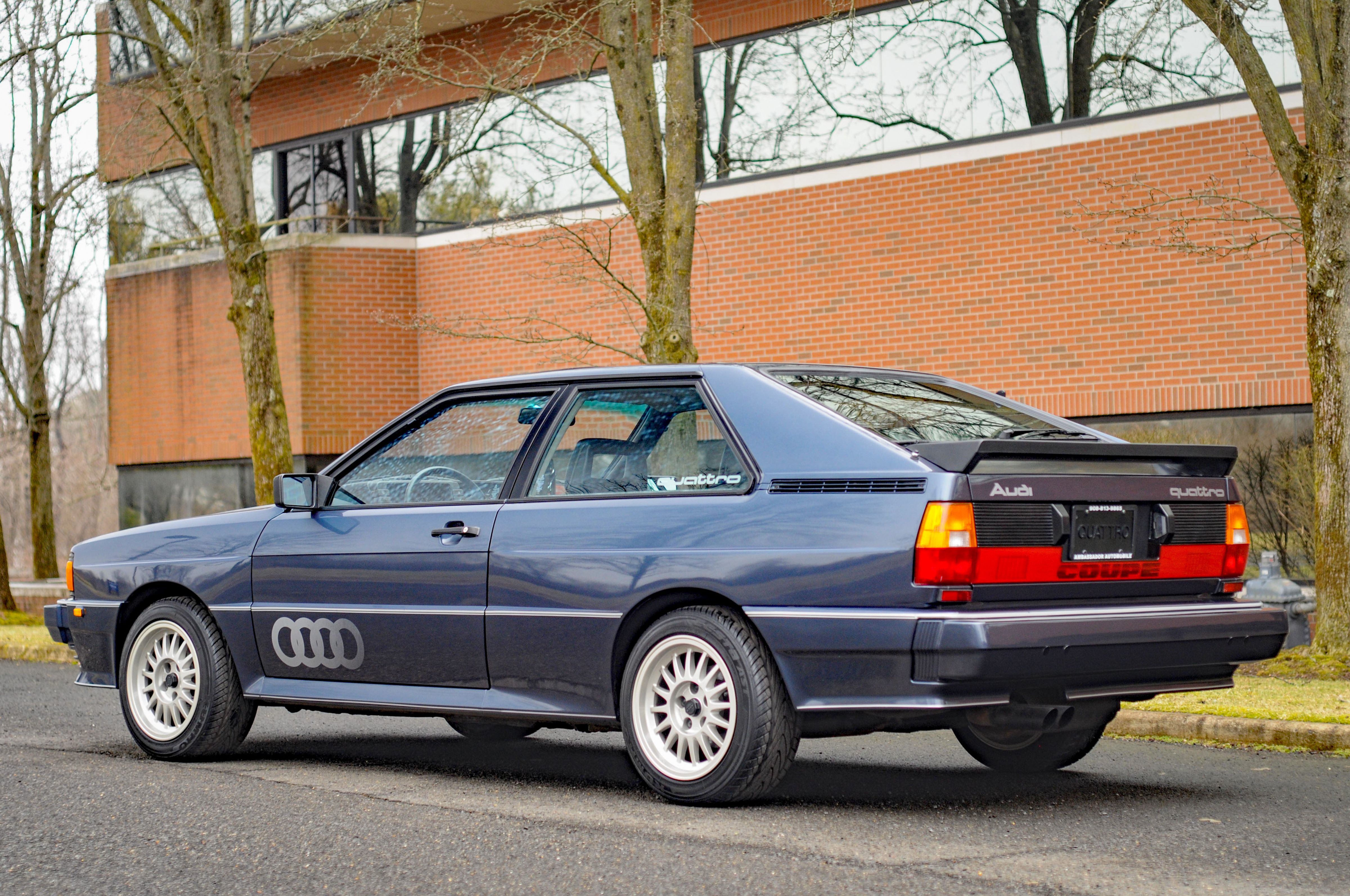 Having been meticulously looked after and kept in storage for most of its life, the Amazon Blue finish remains entirely original.  Detailed images are provided in the photo gallery along with a clean CARFAX and recent paint meter readings.  This hand-built Quattro model is recognizable for its striking lines, integrated bumpers, distinctive front and rear valances, side logo graphics, and the ever famous “Boxed Flared Fenders”.  This example retains its factory 15” Ronal wheels that come dressed in Kumho Ecsta tires. 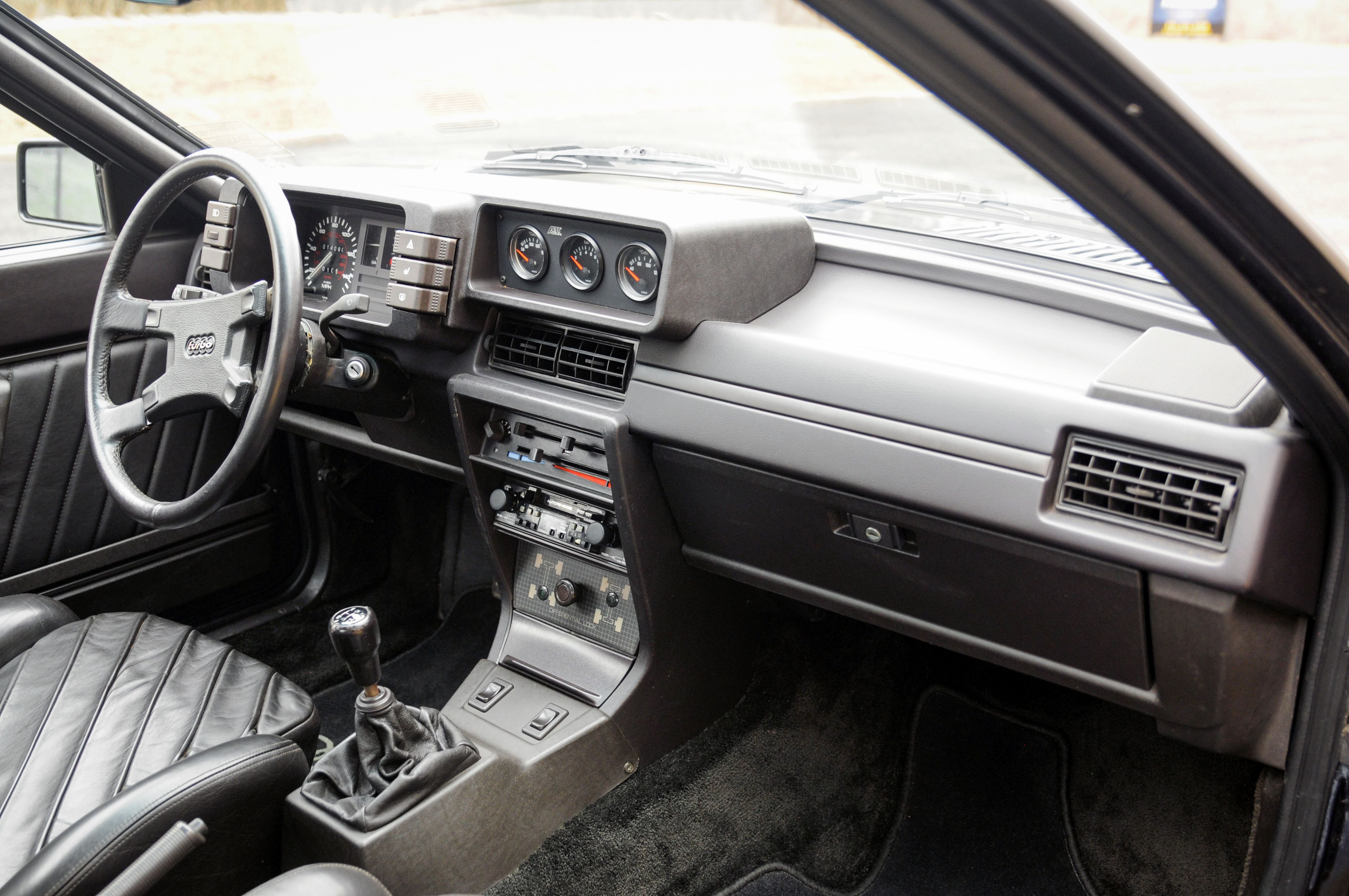 Inside, the Chocolate dark brown leather interior remains highly original and beautifully presented.  The only aftermarket item is reported to be the extremely rare ABT gauge cluster that sits atop the dashboard.  This was a dealer-installed option upon delivery, and ABT at the time was an approved aftermarket vendor for Audi. All gauges and switches are said to be functioning properly. 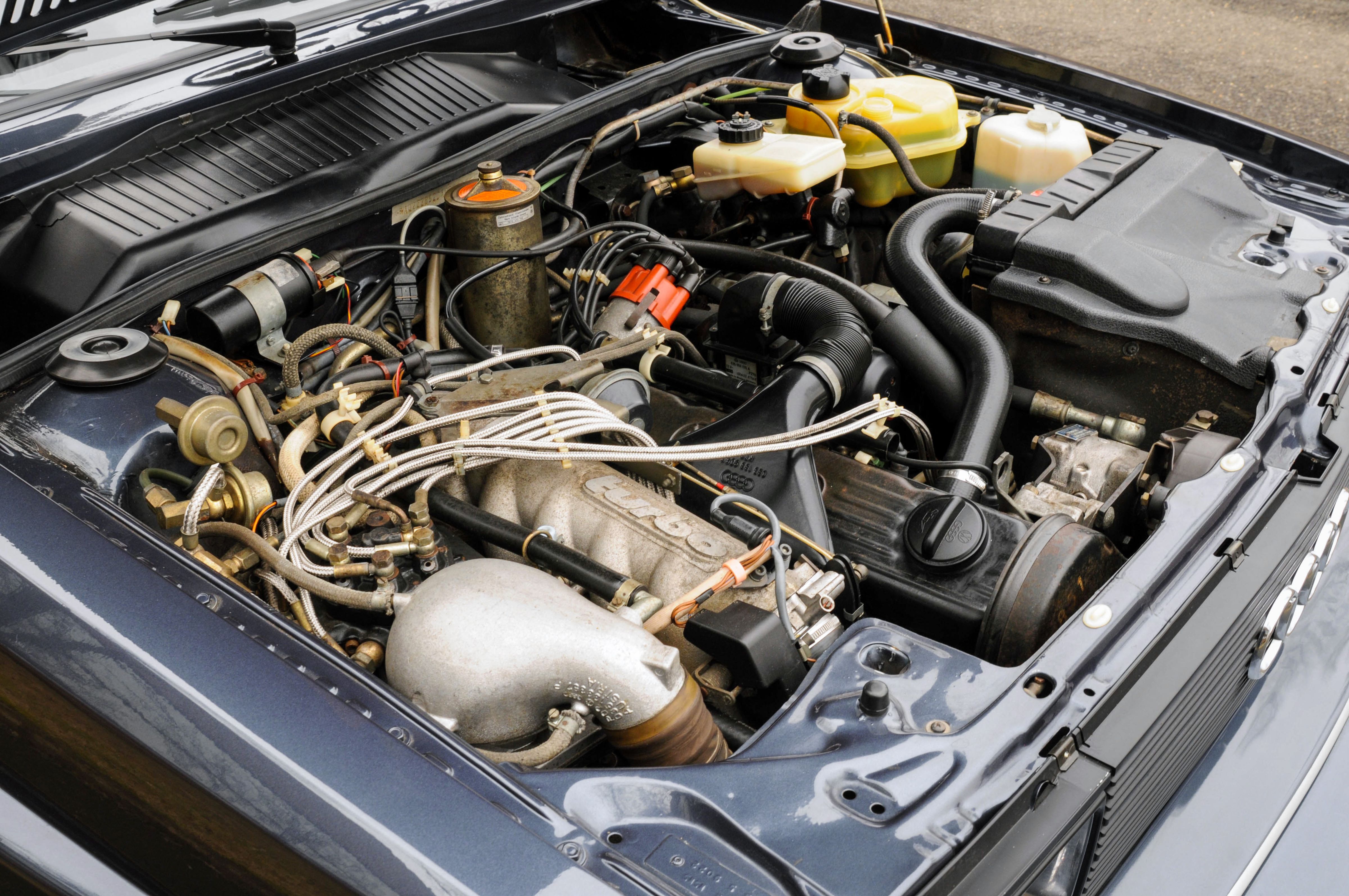 Equipped with the same technology used to dominate the rally racing scene, this Audi features a 2.1 L inline 5-cylinder turbocharged engine which is rated at 160 HP for the U.S. market.  Audi’s “Quattro” all-wheel-drive system distributes power to all four wheels by way of a number’s matching 5-speed manual transmission.  Shortly before the seller’s acquisition, the previous owner went through the entire fuel system, removed and cleaned the tank, installed a new fuel pump and filter, flushed the lines, and took out the injectors for cleaning.  A fresh oil and filter change were performed as well along with a coolant and brake fluid flush. 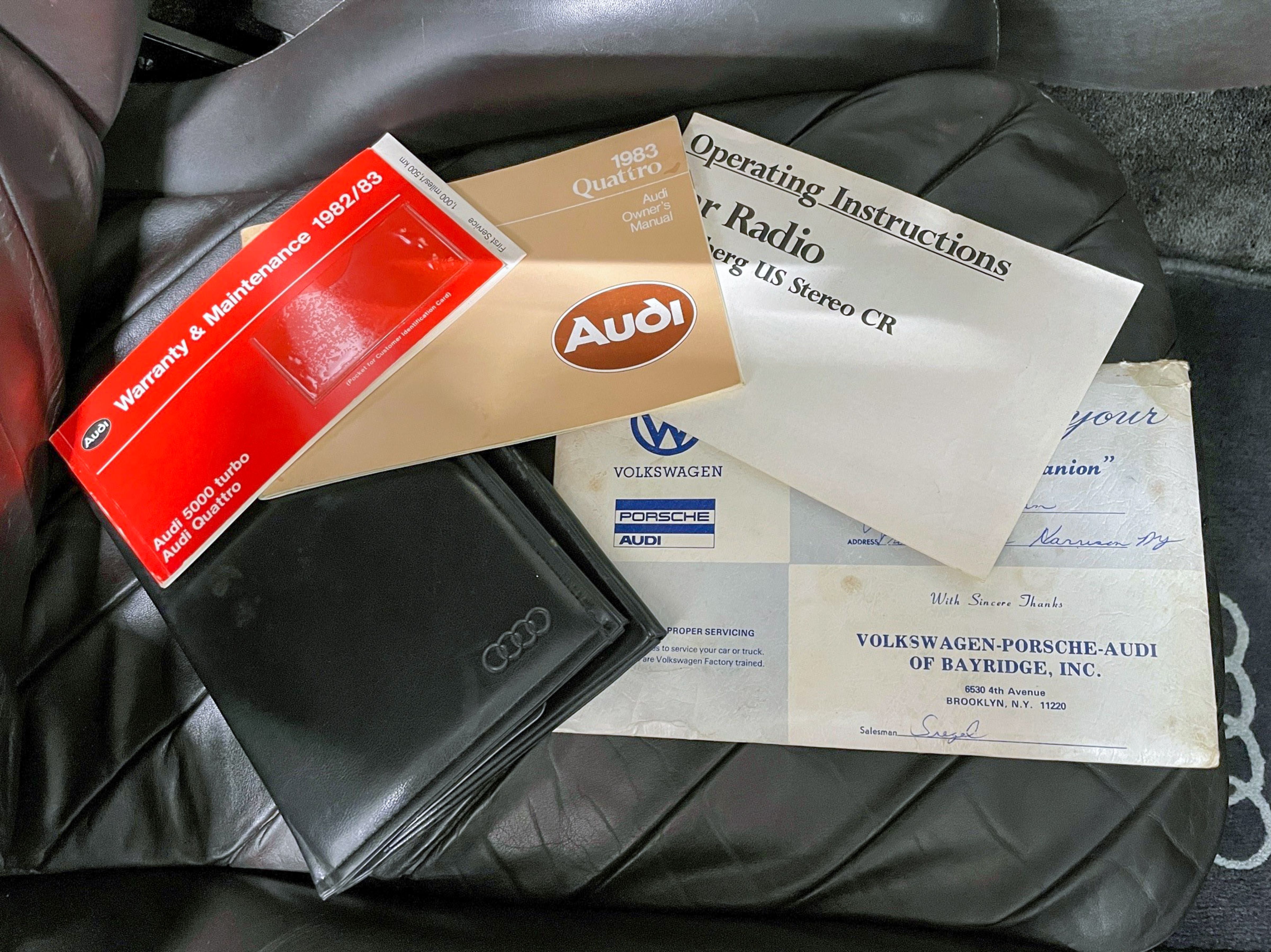 This sale will include original books and documentation, historical photos including the original delivery of the car, and a clean title.  Easily one of the best-preserved examples available, this 14k-mile Quattro is a truly unique item for any collector of fine automobiles.